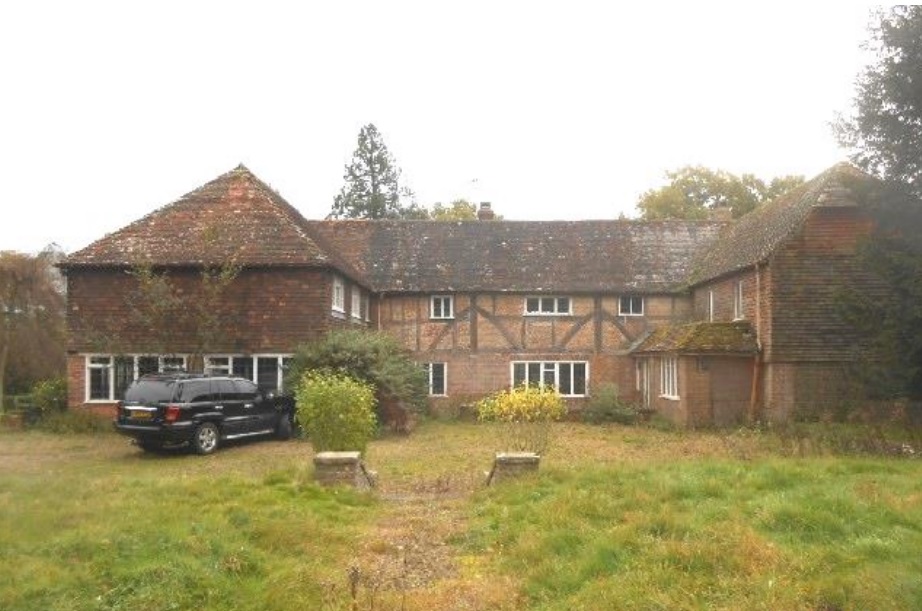 A Brighton landlord who “closed his eyes” to the need for planning permission before gutting a listed manor house has been fined tens of thousands of pounds.

Lars Vestergaard, who lives in Roedean Way, bought the 16th century, Grade II listed Ewhurst Manor for £3 million in 2014 and proceeded to rip out original features, including a stone fireplace, as well as walls, floors and beams.

The house was also underpinned, which involved pouring concrete into the ground below – itself a Grade I scheduled ancient monument dating from the reign of Edward I, when the first moated manor house was built there.

When officers from Horsham District Council were made aware of the work at the end of November last year, they visited what was by then the building site – but were denied entry by Mr Vestergaard even after showing him a warrant. And even after the visit, work continued on the house.

Prosecuting on behalf of the council and Historic England, Nicholas Maggs said: “By the time they were allowed inside, it was dark and it was difficult to see precisely what had been done, but there was no doubt that significant work had been undertaken.

“They were told the defendant was carrying out repairs and restoration, but it was clear that the work went significantly beyond that. A large section of the upper floor had been removed, plaster lathe wattle and daub had been torn out, part of the ground floor, walls and fireplaces removed.

Mr Vestergaard, a Danish non-dom, said his solicitors had told him the property was listed when he bought it, but that they didn’t explain what that meant, and so he sought advice from professionals.

He said his architect, Colin Midgley, told him “in this country we don’t ask [for permission]” – but he also said that Mr Midgley had told him not to let anyone from the council onto the site if they turned up.

In a bizarre twist, it was also revealed that Mr Midgley had been the council’s informant.

Mr Vestergaard also said that a structural engineer he only knew as Tom who worked for a unnamed Brighton-based engineering firm which has since gone bust told him that in the UK you don’t need planning permission for the work he was undertaking.

However, he did not supply any paperwork or contracts between him and any tradesmen who worked there.

The prosecution also cited an application he had made for a conservatory at the Roedean Way house in 2011, after his marriage had broken down and he was intending on selling it as proof that he was aware of the UK planning system.

Mr Vestergaard added: “If I look back I can see that I haven’t been informed correctly, but if I have done something wrong then it was not done intentionally.”

He also said that the reason he had not told investigators that he had been acting on Mr Midgley’s advice was because he didn’t want to get an 60-year-old single man who “lived very humbly” into trouble.

And he said that much of the alterations he had made had not been to original features, but those installed in the 1960s or later.

However, district judge Tessa Szagun said: “I am sure that Mr Vestergaard has not been completely transparent about the state and condition of aspects he has had removed and some have been historical.

“Listing buildings is an effective protection of the historic environment and sustain its heritage values and ensure it remains for future generations to enjoy.

“I find it difficult to accept that being a resident of Roedean Way where the immediate surroundings are renowned locally as a heritage site that he wouldn’t be aware of this.

“It’s extraordinary that he would commission builders and works without establishing conditions and establish a proper scheme.

“It’s inconceivable that, knowing that this is a listed building, he would not have known this was a kind of work which would require planning permission or that that required proper oversight.

“To embark on such a project without was clearly a deliberate closing of his eyes to cut corners and costs.

“Having been informed of the requirements, work should have stopped.

“Some of Colin Midgley’s behaviour was indeed bizarre but the responsibility was Mr Vestergaard’s to ensure that the work was conducted in a professional manner.”

Mr Vestergaard told the court that although he had millions in the bank from shares he was given by the white goods company he worked as sales director for in Germany and Luxembourg, his bank would not allow him to withdraw this because of his sizeable debts.

He has exchanged contracts on his Roedean Way house, which he sold for £2.215 million, but after paying off the mortgage, his ex-wife’s share, his overdraft, lawyers fees and other fees from Ewhurst Manor, he will only be left with £58,000.

Meanwhile, the value of Ewhurst Manor itself has dropped from the £3 million he took out a 100% mortgage to buy it with in 2014 to £2 million because of its current state. The estate includes three cottages which he rents to four tenants for a total of £7,200 per month.