Is a grass verge parking ban on the cards in Brighton and Hove?

Grass verges could be better protected from cars parking on them and churning them up across Brighton and Hove – either by better surfaces or possibly a parking ban.

The move comes as councillors were told that Hangleton and Woodingdean were among the hardest-hit areas.

Conservatives called for the use of Grasscrete – concrete frames containing grass – while Greens urged officials to explore all sustainable options.

Labour said that the council wanted the power to ban parking on grass verges in the same way that London boroughs can.

He proposed a motion asking for a report to be prepared for the council’s Environment, Transport and Sustainability Committee to consider using Grasscrete in roadside verges where off-road parking is limited.

He said that the emergency services have issues getting through in some streets, even with cars parked on the verges.

Councillor Bell said: “On the extremes of the city we have not got good bus services or cycle lanes or shared passageways for pedestrians to use.

“We are in a situation where public transport is not available to us as we would like and we have to use our cars as a mode of transport to get to schools and hospitals.

Fellow Conservative Dawn Barnett seconded the motion and said that a solution would cost less in the long term.

Councillor Barnett said: “Residents across the city are fed up with damage caused by vehicles parking on grass verges.

Green councillors Leo Littman and Amanda Knight proposed an amendment, supported by all councillors, to replace the word “Grasscrete” with “measures that will reduce damage done by vehicles in roadside verges”. 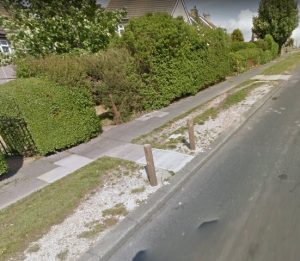 Labour councillor Gill Mitchell, who chairs said the Environment, Transport and Sustainability Committee, said that the council was working with the government on banning parking on verges.

She said: “Grass verges are not supposed to be parked on, which is the root of the problem.

“We are pleased the government is reviewing the option of allowing town or citywide bans on pavement and grass verge parking.”

She said that bringing parked cars closer to pedestrians was not to be taken lightly, before saying how expensive and ineffective Grasscrete would be.

Councillors agreed to write to the government asking for powers to make pavement and verge parking illegal.

She said: “We asked for the grass verge to be Tarmaced over. Everything we’ve asked for we’re told we cannot do.”

A report is due to be presented to the council’s Environment, Transport and Sustainability Committee on Tuesday 27 November.

Safe and cash till found dumped in Brighton