So how does the thought of Running 26.2 miles around the outskirts of The Amex Stadium grab you?

Well – this Sunday 28th October up to 150 runners will be running round & around the concourse of The Amex – some 61 times !

There will also be a half marathon for those runners who don’t want to get completely dizzy.

We ‘caught up’ with local runner Ivan Lyons, who is a seriel marathon runner & asked him what is the appeal.

Ivan commented ‘I am currently on a quest to run 100 marathon races in 100 weeks & being a local marathon – the allure of the Amex is one race I have to do. It is the first marathon in the UK around a Premier League Football Club & as a pationate BHA fan I have to run this event’.

The Albion Marathon is being organised by local running group Sussex Trail Events and all the fun commences at 9am – supporters are certainly welcomed. The events profits will be donated to the Albion in the Community Charity.

Ivan has currently run 187 marathons to date, including 87 marathons in the last 81 weeks. Ivan said ‘ I am not expecting a fast time like Amsterdam last week – as the circumference of the Amex is rather hilly’. We asked Ivan as to the appeal of running so many marathons: ‘Having completed my 100th marathon by my 50th birthday – I set a task to run 52 marathons in 52 weeks, which was completed, then extending the challenge to 100 marathons in 100 weeks. Less than 50 people in the UK have done this challenge’ – Ivan has also raised more than £6,000 for Tusk – to support the welfare & preservation of Elephants in Africa.

We asked as to what challenge he has after hitting the 200 marathon mark. Ivan exclaimed that he is on target to do this by February 2019 & then he is ‘running’ as a Councillor in Westbourne Ward, Hove. 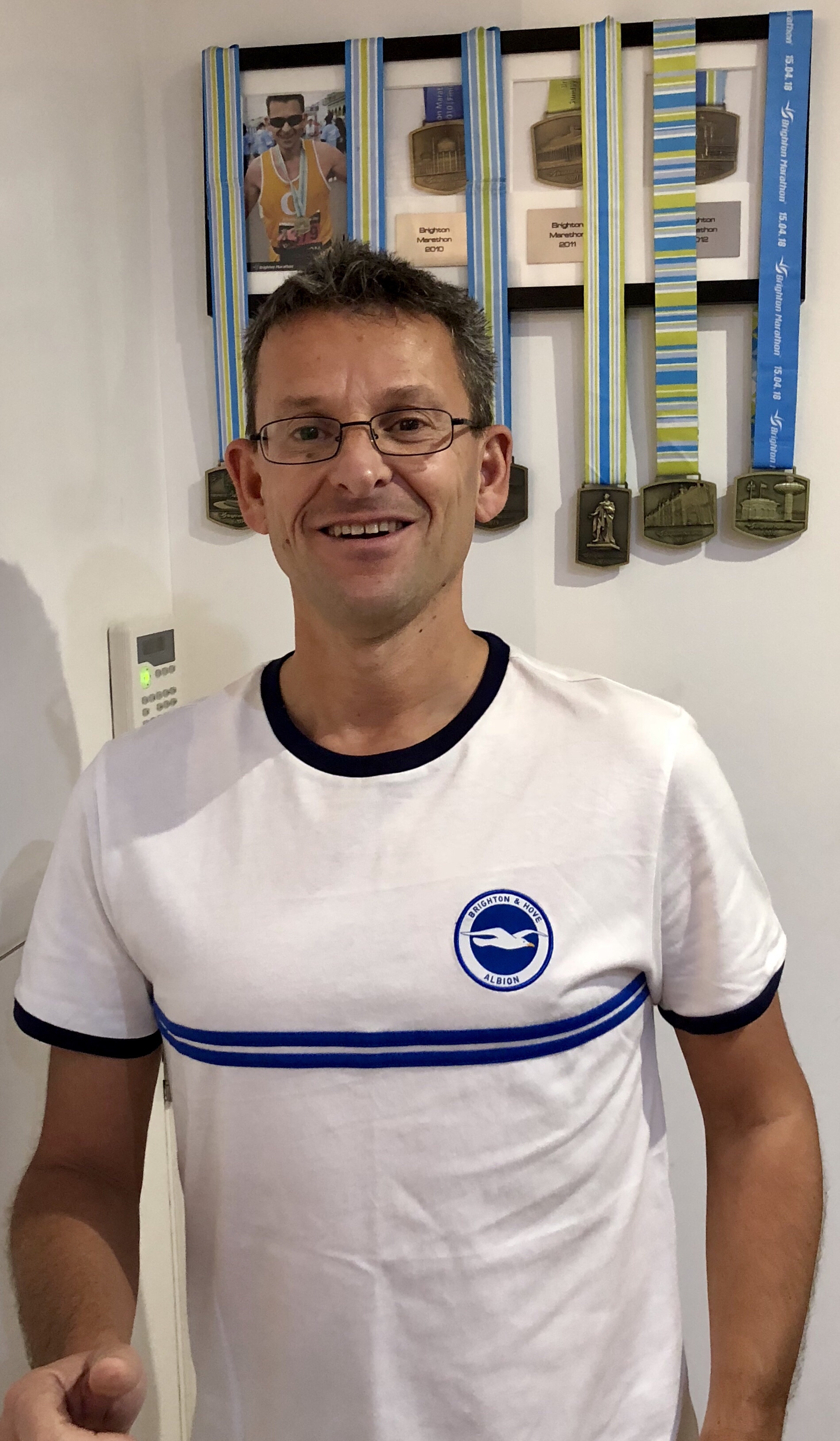