A former off-licence could become a branch of Costa Coffee. 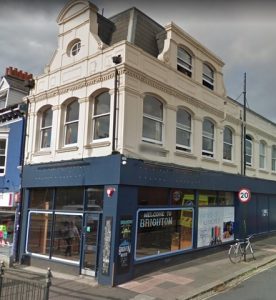 Planning permission is being sought to convert the former Hartley’s store at 225 Preston Road on the corner of Lauriston Road.

In the supporting statement, the owner’s agent Architecture Design Limited described coffee shops as playing an important part in revitalising the high street.

The agent used examples from a report by Allegra Strategies that suggest that British high streets are “enjoying significant economic and social benefits brought by the rise of branded and independent coffee shops”.

According to the coffee chain’s design statement, the proposed Costa will make a “positive contribution to the vitality and viability of the parade”.

The statement said: “The Role of Coffee Shops on the High Street report demonstrates that the presence of coffee shops typically boosts local high street economies by 2 to 4 per cent through a combination of increased footfall and dwell time.

“Footfall studies show that branded coffee shops can increase high
street footfall by up to 28 per cent. ”

More than half of consumers interviewed for the study said that they were more likely to shop for longer when there were coffee shops near by.

According to the plans, no ventilation system will be needed as food would not be cooked or prepared on the premises but warmed up.

Anyone interested in commenting on the application can search for BH2018/03251 on Brighton and Hove City Council’s planning portal planningapps.brighton-hove.gov.uk.