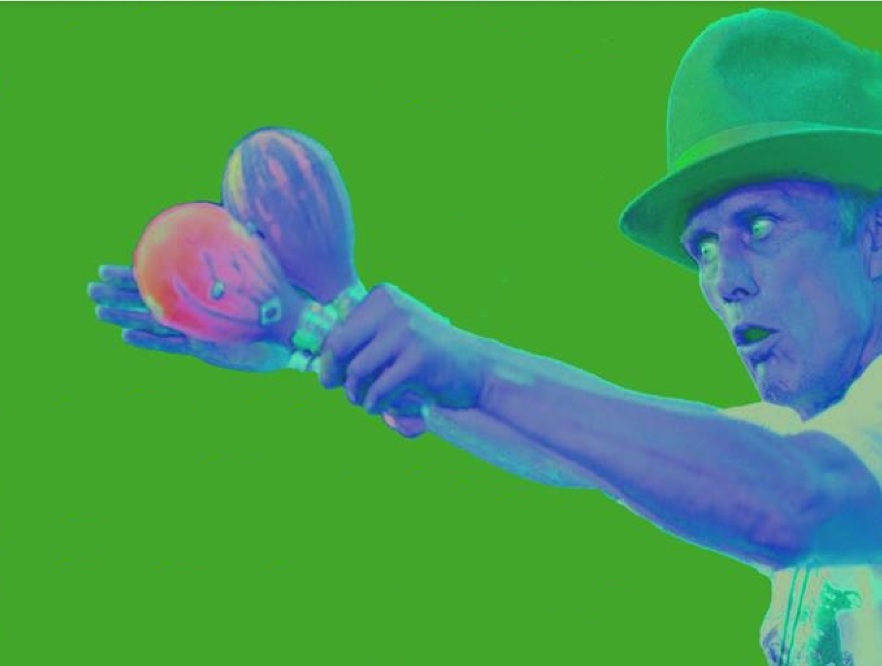 Yes I know the heading sounds mad and indeed it is, however I do believe that one can expect much frivolity and jollyment in Sussex on Saturday 24th November.

The reason for this light-heartedness is the announcement by the Fish Brothers of the first ever Fish Festival which is to be held at the Con Club in Lewes from around 6pm on the aforementioned day.

If you are rather partial to cod, haddock, herring, salmon, brill or boxfish, then, oh dear, this event is not for you! As far as I can tell there will not be a single aquatic species anywhere to be found. Maybe try the Lewes Fish Bar on the High Street or the South Street Fish Bar on, yes you guessed it, South Street or even the aptly named The Friar found on Fisher Street. 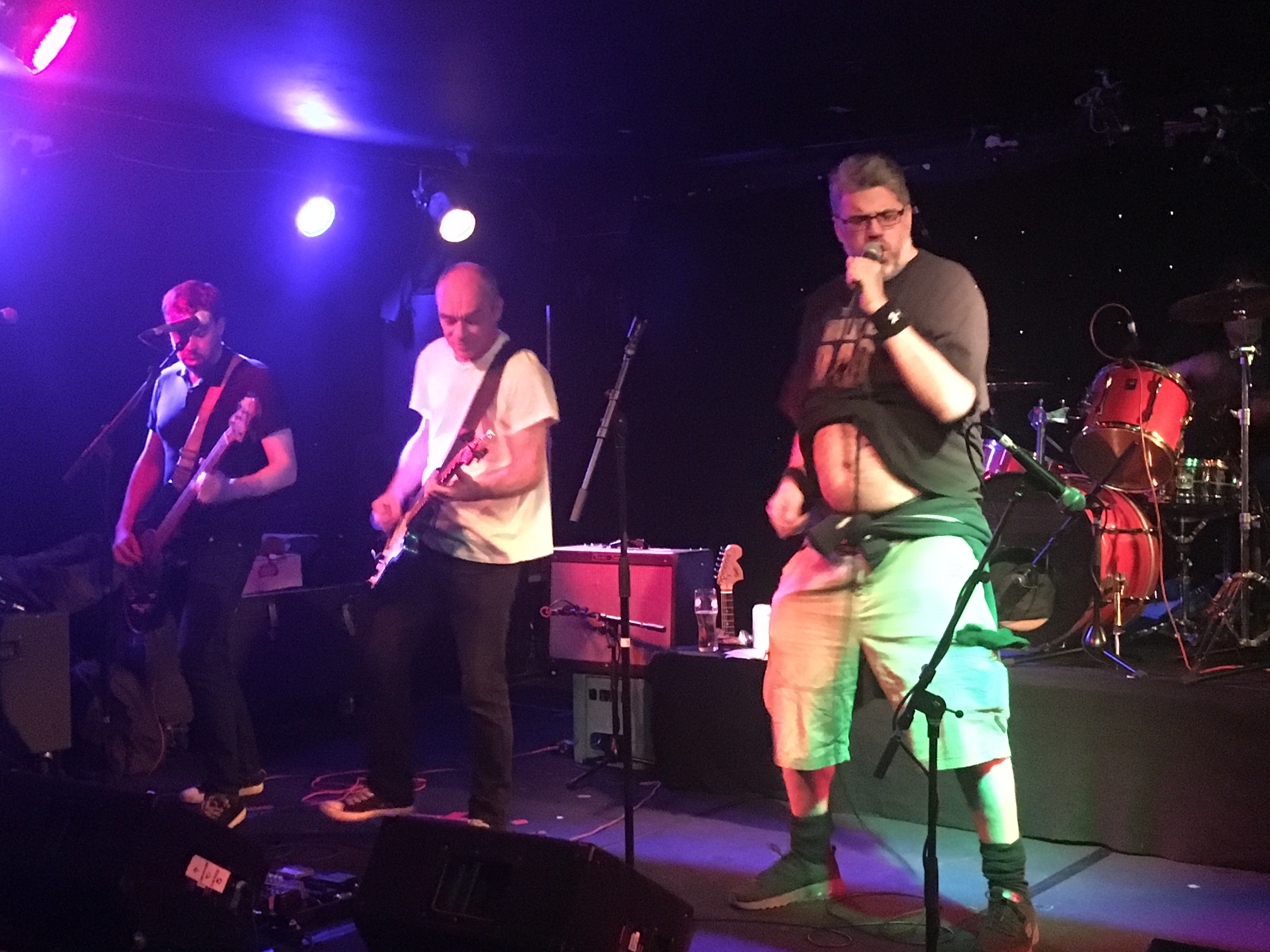 What you will get at the venue is a whole evening of varying styles of music, both live and DJ sets, all wrapped up in a batter of silliness, oh and that mad dancing bloke on the maracas, Mark Berry, from the Happy Mondays! Who? Surely you know him? It’s the one and only Bez of course! Yes really, Bolton born Bez will be at the event with one of the biggest smiles in the business! 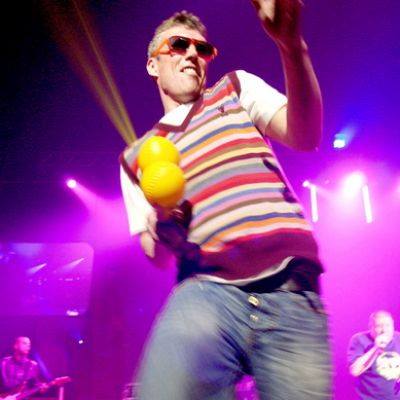 Bez surely knows how to party as does the other acts on the bill. There’s Bez who will be joining the Fish Brothers, (who we at the Brighton & Hove News have previously seen live at the Con Club), Tragic Roundabout, Sonny Eriksson, Cooper & Blonde, The Two Runnies, One Legged Nookie vs Baby David, and Just A Couple Of Mums on the decks as well as Bez on the decks! As in Bez playing records for your delight as opposed to him standing on the decking outside – Got it!

To whet your appetite, here is some info on just a couple of the acts: 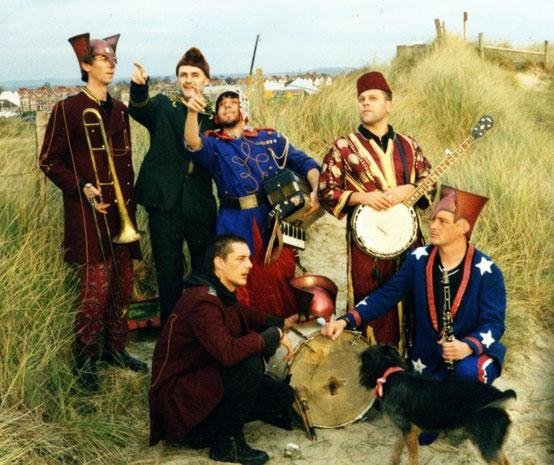 Their sound is a kind of raucous and celebratory eastern european flavoured acoustic punk, heavily influenced by their busking roots. The music has a sometimes comedic, sometimes surreal quality but their outlandish world of lino men and camel herders is certainly infectious. The songs are characterised by the band’s considerable travels and the people and local tipples that they’ve encountered along the way. 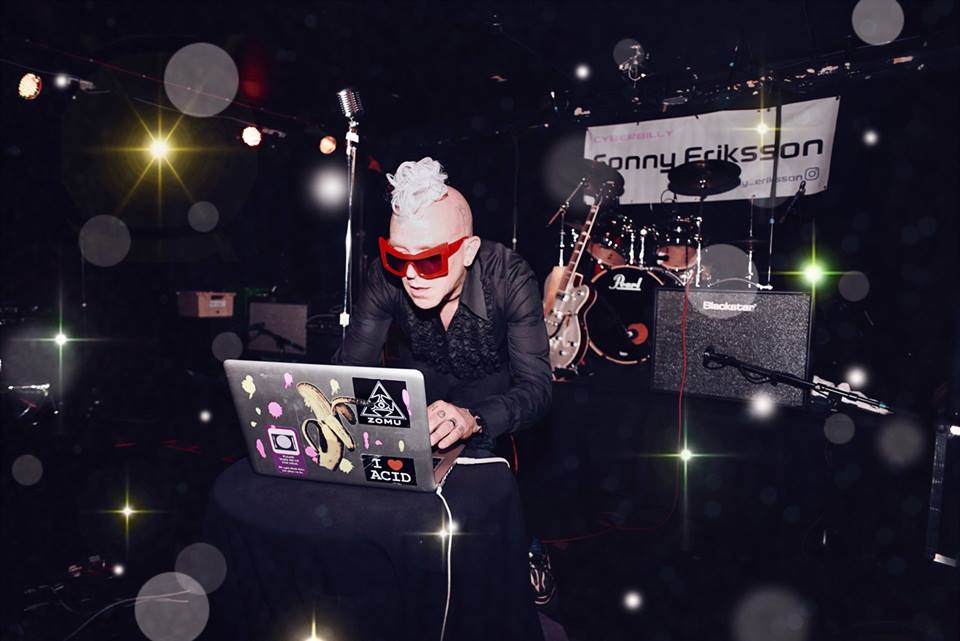 Sonny Eriksson is the latest incarnation from somebody that is rather well know within the music industry having previously had an enormous number one smash hit single. His real middle name is Paul and he is 50 years old and hails from Lymington and his alter ego Sonny Eriksson specialises in cyberbilly, which entails the fusing rockabilly and psychobilly styles coupled with the hypnotic, strange and electronic sounds of today and beyond. Some say that he’s mad and you know what, they jolly well might be correct.

A boring an uninteresting fact about this person is that back in the day, they ran in front of my car just outside the then Sainsbury’s in London Road, Brighton with his heavily laden shopping in both hands. I don’t know how I missed him. Thank God I’m not a ‘Killer’.

Grab your tickets HERE as it will be silly not to.
More about the artists below:
Bez
The Fish Brothers
Tragic Roundabout
Sonny Eriksson 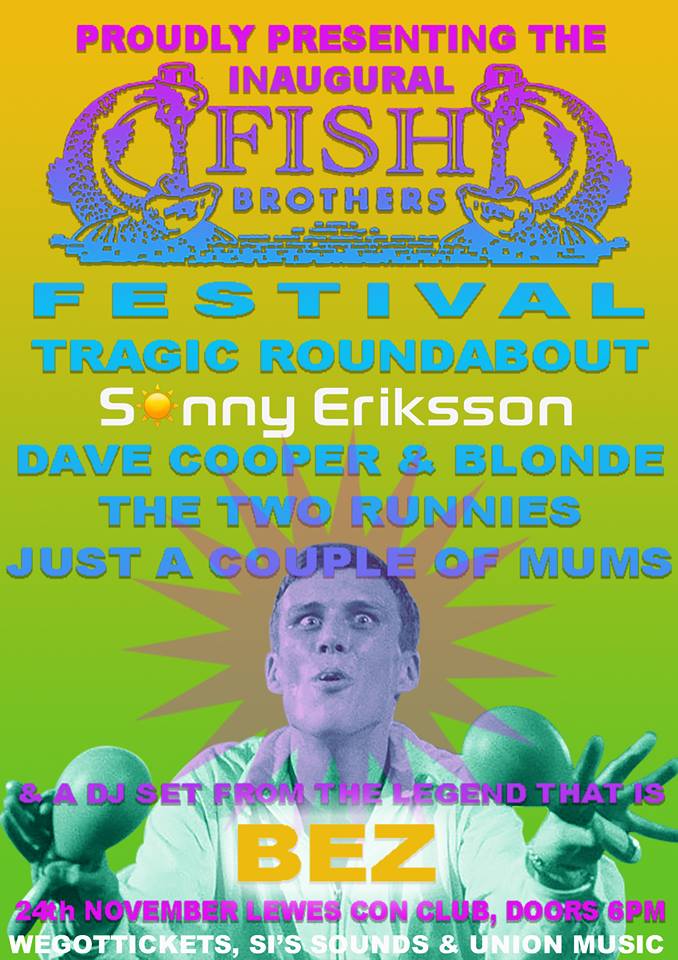 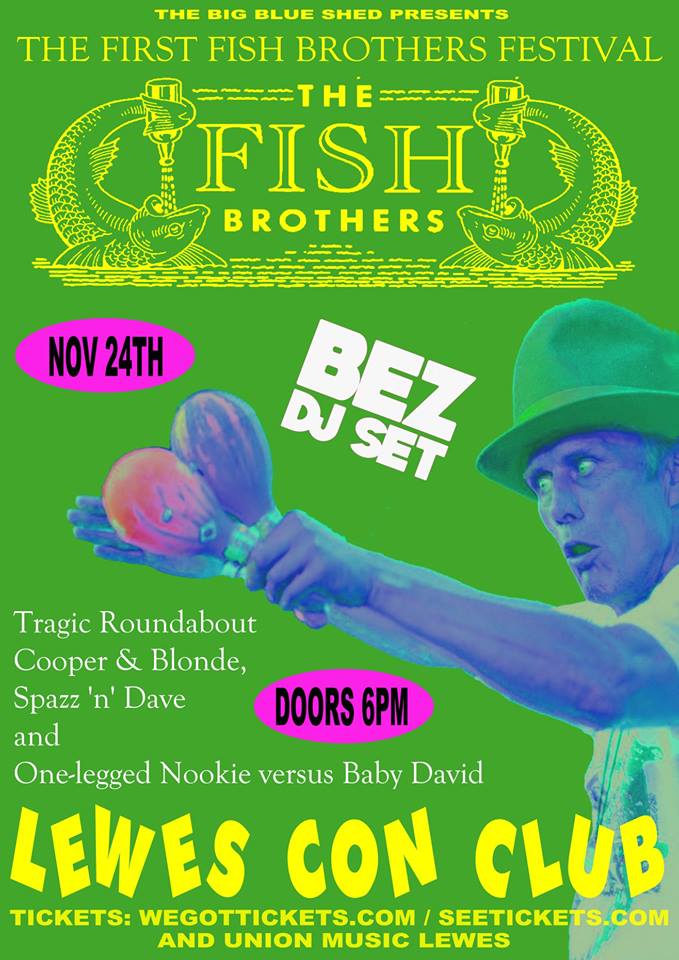 Dream Wife return to their roots