A 10-storey block of flats could be built next to King’s House, the former seafront headquarters of Brighton and Hove City Council.

The proposed block – almost twice as high as King’s House – is part of a scheme to create 169 homes.

The scheme, which has attracted hundreds of objections, includes a six-storey block on the Second Avenue side of the site.

The proposal has won the backing of planning officials, with a report supporting the scheme published today (Wednesday 31 October).

The owner, Mortar Nova Grand Avenue, hopes to be given permission next week to move ahead with the scheme when the council’s Planning Committee meets at Hove Town Hall.

The plans include knocking down the 1981 office building in Grand Avenue where the 10-storey block is planned. It would contain 72 flats.

On the seafront, Mortar Nova aims to revamp the landmark grade II Victorian building, in Queen’s Gardens, and convert it into 69 flats.

The proposed six-storey block in Second Avenue would contain 28 flats – all classed as affordable homes – with 15 of them for rent. The other 13 would be for shared ownership.

Mortar Nova held public consultation events in January, with more than 300 people going along to look at the plans.

Seventy-five people have written to object to the project, citing parking problems, overcrowding and a lack of affordable housing.

Jackie Thrussell, of Queen’s Gardens, wrote: “I am very worried about car parking in the area with the introduction of 169 dwellings. Will the car parking provided be the only available to the new dwellers of these units as that could mean a massive increase in cars in the area?”

The flats are expected to have 74 resident parking spaces and 74 visitor spaces.

Only 15 on-street parking permits are being made available to people moving in. 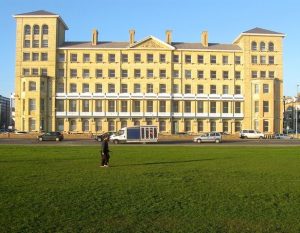 The other 154 flats in will not be entitled to a street parking permit unless they are blue badge holders.

Cliff Robinson, of Norton Road, Hove, said: “The developers have stated that their development will generate a requirement for an additional 170 parking spaces.

“This is not acceptable and I would strongly request that the council designate this development as totally car-free.”

Other neighbours are concerned about a potential shortfall of 100 spaces.

Frank Banfield, of Second Avenue, said that the 74 resident parking spaces would be “significantly below the council’s standards” of 0.5 spaces per residential unit and one space per two homes for visitors.

He said: “Not only has the transport report ignored the impact of visitor parking with regard to parking standards and the time of day that such parking may be required, but the report also refers to parking conditions in November 2017.

“Parking around the seafront area heavily increases for the months between Easter and the August bank holiday and so the transport report (and its parking beat survey) ignores the period of peak parking demand.”

Subsidised passes or membership of public and communal transport services for one or more years are proposed for new residents including bus passes,  the Brighton and Hove Bike Share Scheme and Enterprise Car Club. 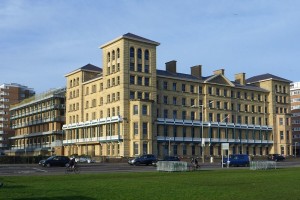 Other transport proposals include offering a voucher for £150 for a new bicycle (one per flat) and the creation of a bicycle user group.

Carmen Appich, of Norton Road, said: “There seem to be no affordable or social housing in these proposals.

“There are 4,074 people living in temporary accommodation in Hove and an estimated 4,200 homeless people in Hove.

“In the light of this the council should insist on a proportion of both social and affordable housing.”

Central Hove Labour councillor Clare Moonan also cited the lack of affordable housing in her letter of objection. She wrote in before she joined the council’s Planning Committee earlier this year.

She said: “Bearing in mind that our Brighton and Hove policy is for all development of this size to have 40 per cent affordable, this is totally unacceptable. 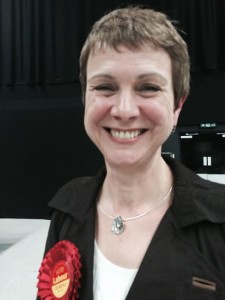 “We have very high levels of housing need in the city and in the Central Hove area.

“A development of this size should provide its share of much-needed affordable housing to meet the needs of all local residents, not just those who can afford the very high prices that these properties will be sold for.”

As well as raising concerns about the shortage of parking and affordable homes, Conservative councillor Andrew Wealls was critical of the design of the new buildings.

He said: “I have made clear my view that the block designs are of little architectural interest and largely utilitarian.

“This is a missed opportunity to enhance the street scene in both Grand Avenue and Second Avenue.” 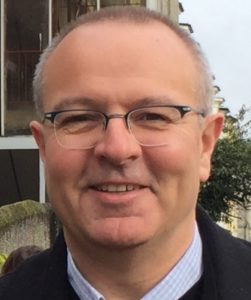 Historic England, Hove Civic Society and the Brighton Society are broadly in favour of the project.

However, the Conservation Advisory Group has opposed the scheme.

The group said: “While welcoming the proposed conservation and restoration to the listed King’s House, the group believes the negative issues the proposed new builds facing Grand Avenue and in Second Avenue have produced outweigh the positives gained from the restoration of King’s House.”

The 1870s building was originally a terrace of seven houses, then a hotel. It was requisitioned during the Second World War before becoming the head office of Seeboard (the South Eastern Electricity Board), since taken over by EDF.

Most recently it was the council’s HQ. It was sold to Mortar Nova by the council for £26 million last year.

The council’s Planning Committee is due to discuss the application at its meeting at Hove Town Hall next Wednesday (7 November).

The meeting starts at 2pm and is open to the public.