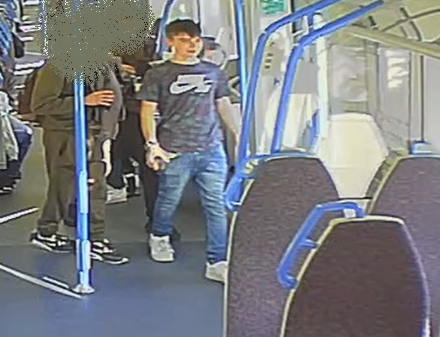 Detectives investigating a hate crime, where a boy was told he had “the skin colour of a dog” are today releasing CCTV images in connection.

At approximately 3.15pm on 24 September, a group of friends were on board a train travelling between Preston Park and Hassocks. During the journey they were approached by a group of males who began to harass them and later verbally abuse them.

The abuse was racially aggravated and they also threatened the group of friends with violence. One of the men then drank from a bottle of alcohol before spitting it at one of the friends.

DC Imogen Sweeney from BTP, said: “Hate crime will never be tolerated on the rail network and we have a number of enquiries underway to identify those responsible for this abuse.

“I would encourage anyone with information to pick up the phone and call or send us a text message with details. Your information might prove essential in our investigation.”

Officers believe the person shown in these CCTV images may have information which could help them investigate. Do you know who they are?