The new owner of a convenience store and former post office has applied for a licence to sell alcoholic drinks. 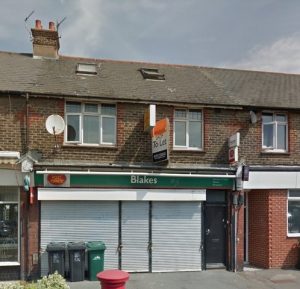 Nihesh Vanpariya took over Blakes, in Hollingbury Place, known as The Dip, two months ago.

However, Elite Albion Ltd, owners of Mulberrys, across the road, sent an objection to the application to Brighton and Hove City Council.

As a result a council licensing panel sat to consider the application on Monday 3 December.

In its objection Mulberrys said: “Another licensed premises permitting the sale of alcohol along this parade of shops would lead to an increase in crime and disorder.”

However, no one from the company went to the hearing at Hove Town Hall.

Councillor Jackie O’Quinn, who chaired the panel, said that that area of Hollingdean was not known for street drinking or as a high crime area.

The panel heard how the previous owners had a licence, which has lapsed because the shop closed a year ago.
Another licensed premises in the same parade has also closed down.

Sussex Police raised no objection but came to an agreement with Mr Vanpariya to restrict sales of low-priced strong beer, lager and cider, unless it is a craft or speciality brand.

Licensing consultant Surendra Panchal spoke on Mr Vanpariya’s behalf. He said: “He has been working as a manager and training staff on the Licensing Act since 2010.

“He has never breached any licensing laws.”

Councillors were concerned that alcohol would be on sale from 7am and suggested a start time of 10am.

However, Mr Vanpariya said it would cause problems if someone bought a bottle of wine at the start of the day.

He is also in the process of applying for the post office licence.

Councillors agreed to discuss the application and share their findings within five working days.