A Brighton primary school has been rated good – again – in an inspection by the official education watchdog Oftsed.

Ofsted, which inspected the school over two days in the middle of last month, said: “This is a good school. Leaders have improved many aspects of the school since the previous inspection. As a result, attainment and progress are improving, especially in the early years and at the end of key stage 2.

“Leaders tackle any weaknesses in provision quickly and systematically. For example, school leaders have revised the approach to teaching reading because pupils were not building on their initial successes with phonics.

“Children get off to an excellent start to school in the early years. The outstanding learning environment and highly skilled staff help children to develop positive attitudes to learning, behave well and get to grips with school life quickly.

“Safeguarding is effective. Leaders take the welfare of all their pupils very seriously. They provide high-quality care for pupils and helpful advice and support for families.

“Strong governance from trustees and the local academy board ensures that there are rigorous systems in place to hold leaders to account for making improvements.

“Across almost all year groups the progress of current pupils in reading, writing and mathematics is improving. Disadvantaged pupils make at least the same progress as others, and in some cases more.

“Teaching is good. Leaders use training and coaching well to improve the consistency in the quality of teaching and assessment across the school. However, sometimes independent tasks do not match the needs of pupils.

“Relentless work with families is leading to positive improvements in attendance. Persistent absence is declining but is still above national levels.

“The curriculum has focused on improving pupils’ core skills in speaking, listening, reading, writing and mathematics. It has also developed their physical well-being and spiritual, moral, social and cultural understanding well.

“More recently, leaders have broadened and deepened the curriculum to give pupils much more diverse experiences.

“New subject leaders have recently been appointed to further improve the curriculum and the progress pupils make in other subjects. However, it is too early to see the impact of their actions on pupils’ outcomes.”

To improve further, Ofsted said that the school needed to build on the role of subject leaders, ensure that teaching is as strong as the best in the school and continue working well with parents to improve attendance.

The school, in Whitehawk Road, Whitehawk, is run by the Aurora Academies Trust, which took over in September last year. It became an academy five years ago after being placed in “special measures”.

Aurora chief executive Tim McCarthy said “This is a very well-deserved inspection report and the judgment corroborates what we already know about the school – City Academy Whitehawk provides a fantastic education for its young people, it is very well led and its pupils, staff and parents work closely together in partnership, which helps children learn faster.

“Aurora is very proud of the whole Whitehawk community which deserves to have such a good school in its midst.”

He praised the school’s head Mark Church, with Ofsted saying: “Parents speak positively about the leadership at the school and appreciate the welcoming presence of the head of school.”

Mr Church said: “It is such a privilege to be the head of school at City Academy Whitehawk. I have seen first-hand the journey that this school has been on and its transformation to become a school that is changing pupils’ lives for the better.

“This great inspection report reflects the dedication and commitment of the senior team and all of my staff, ranging from the teachers and other adults, who ensure high-quality learning in classrooms, to all our other colleagues who provide unstinting support for pupils in so many different ways before, during and after school.” 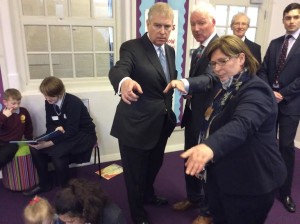 Aurora’s director of education and the school’s executive head teacher Paul Reilly was also praised in the report.

Mr Reilly said: “I am immensely proud of the leadership team that we have assembled at City Academy Whitehawk. It simply goes from strength to strength.”

The school’s governance – by both the local academy board and by Aurora Academies Trust – was rated as “strong” and inspectors said: “This ensures that there are rigorous systems in place to hold leaders to account.”

Janis Taylor, who chairs the academy’s board of governors and was previously head teacher at West Hove Junior School, said: “It is pleasing to know that inspectors judge that we have a ‘very strong understanding of the school and the community.

“It is vital that we are able to support and challenge what the school does in order for leaders to keep improving our wonderful school.”

Early years leader said: “I am incredibly humbled to have our early years provision rated so highly.

“We have worked hard to develop the learning environment and I am pleased that Ofsted recognise that our ‘highly skilled staff help children to develop positive attitudes to learning, behave well and get to grips with school life quickly’.” 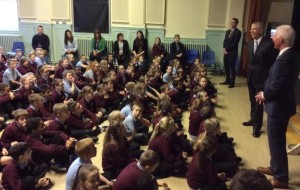 Prince Andrew visited the City Academy Whitehawk and told the children in assembly: ‘I’ll be back!’

The outstanding rating for early years is Ofsted’s highest grade and the inspection report said: “Children get off to an excellent start to school … and are well prepared for the challenges of year 1.

“Over two thirds of the children who join have knowledge and skills below those found typically.”

But by the end of reception year, the report said, “nearly two thirds of children achieve a good level of development.”

Mr McCarthy added: “When we were asked by the regional schools commissioner to take on the running of the school in September 2017, we were delighted because we knew instantly that City Academy Whitehawk shared the vision and values of Aurora Academies Trust.

“This is a very special school which understands and serves its community well. We are thrilled with the ‘good’ rating as it really acknowledges the commitment given by every member of staff to providing pupils with an outstanding start to their education that leads to a brilliant platform for their future life.

“However, it doesn’t stop here. The mission will be to continue to focus on becoming outstanding in all aspects. For everyone at City Academy Whitehawk it is onwards and upwards.”