The scheme, known as the Waterfront project, is intended to provide a modern concert and conference venue on a long-derelict site next to Brighton Marina.

Brighton has faced a challenge in the conference market from the likes of Birmingham, Manchester and Liverpool.

At the same time, Aberdeen and the council want to cement Brighton’s place as a regional shopping centre even though traditional retailers have come under increasing pressure from online rivals.

The Waterfront project, as it is known, is a long-term plan to provide a new conference centre at Black Rock and expand Churchill Square across to where the Brighton Centre stands now.

The council’s Policy, Resources and Growth Committee was told that plans to replace the 41-year-old Brighton Centre were first put forward in 1998, shortly after Brighton and Hove councils merged.

The council’s executive director for the economy, environment and culture Nick Hibberd told the committee that the project offered significant benefits by securing the future of conferencing and providing the new venue.

But his biggest concern was transport – not least because of the impact of the Valley Gardens scheme on traffic coming and going from the centre of Brighton and to and from Black Rock.

The latest element of the Valley Gardens scheme – known as phase three – would change the layout of the Old Steine and replace the Aquarium roundabout with traffic lights.

Councillor Janio said: “The problem is those 10,000 people will need to move down to the Waterfront.

“If you go ahead with Valley Gardens phase three, it will be one-way down Madeira Drive. You’ll exit 10,000 people in an hour (or) an hour and a half.

“How are you going to get the buses down there? Dual carriageway or zipwire?

“This is a foolish project to go ahead with, the Valley Gardens phase three.

“At the moment the scheme passed for Valley Gardens will not allow this to work. It may make it unprofitable.

“Get talking with the departments and sort it out now.

“Listen to the feedback from residents. You can make a few changes to Valley Gardens. Getting rid of the Aquarium roundabout now is a non-starter.

“The future is bright but the problem is the Labour group has closed minds on Valley Gardens and faces leading this city into catastrophe of historic proportions.”

Mr Hibberd said that a transport strategy would follow the agreement of the conditional land deal, with a professional team co-ordinating with other projects across the city.

The Labour council leader Daniel Yates said: “I think it is impossible to undererestimate the potential impact of this development.

“It is two important sites in out city. It is something that will be of importance to our city and around our broader economy for many decades to come.”

Councillor Yates said: “It is right we ask the right questions at the right stages. We have put in a significant number of points when we re-evaluate the progress on the project.

“We have seen too many failed developments on a range of sites across this city over a range of decades under a whole number of different regimes.

“We’re going to get a new arena if we can get to the end of this journey.

“We’re going to get a new Churchill Square and new ways of moving people around this city.

“We have to play our part.”

As thousands of retail jobs are under threat, Green councillors put forward proposals to including housing in the proposed redevelopments. 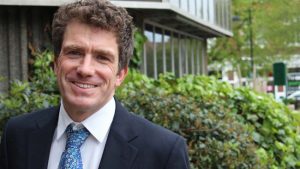 Green councillor Ollie Sykes said: “It is great this is coming together. One concern I have is about sustainability.

“I strongly believe in a flagship development of this nature. We should be at the forefront of sustainability in building and in operation.”

The strength of retail was his concern for the future prosperity of the project.

He added: “We have followed what has happened to the high street and I am very concerned it will impact on this project

“Given the long lead-in to construction, who knows what is going to happen.

“We want to raise the profile and flexibility between the balance of housing in the central and eastern site.

“We want to emphasis the importance of housing in the city and that this should be considered in the balance between retail and housing in the future to facilitate the business case.” 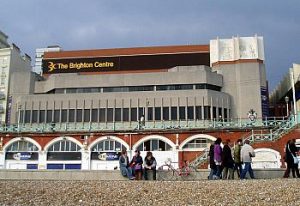 His fellow Green councillor Phélim Mac Cafferty pointed out the fragile nature of the high street at this time, saying that 20,000 retail jobs had been lost this year.

He said: “Key British institutions like Marks and Spencer are looking fragile in a way they did not when this project was first arrived at.

“There are ways out of this. A key way to deliver value on the land and get a bang for our buck is to build housing.

“This site adds up, it makes a lot of sense.”

The Waterfront project will be monitored by a cross-party working group.

Government money totalling more than £12 million from a pot known as the Local Growth Fund will fund the early works to prepare Black Rock for the development.

The new conference centre would be funded by the sale of the Brighton Centre, which is currently valued at just over £15 million.