The members are dedicated to following the fortunes of Brighton and Hove Albion in the city that apparently never sleeps.

Alex told Brighton and Hove News: “I moved to New York in 1999 and I work in the craft beer business.”

Alex used to live near Hove Lagoon before moving to the Big Apple. He attended Hove Park, which is based on two sites in Hangleton Way and Nevill Avenue, from 1981 to 1985.

He also helps organise the Glastonwick Festival, a beer and music event that is staged every spring bank holiday (31 May – 2 June) in Southwick, when for two months every year he swaps the bright lights for the more genteel offerings of West Sussex.

The group’s members were delighted to meet up on Monday with Albion deputy chairman and chief executive Paul Barber who was on a visit to America. They presented them with an souvenir shirt. 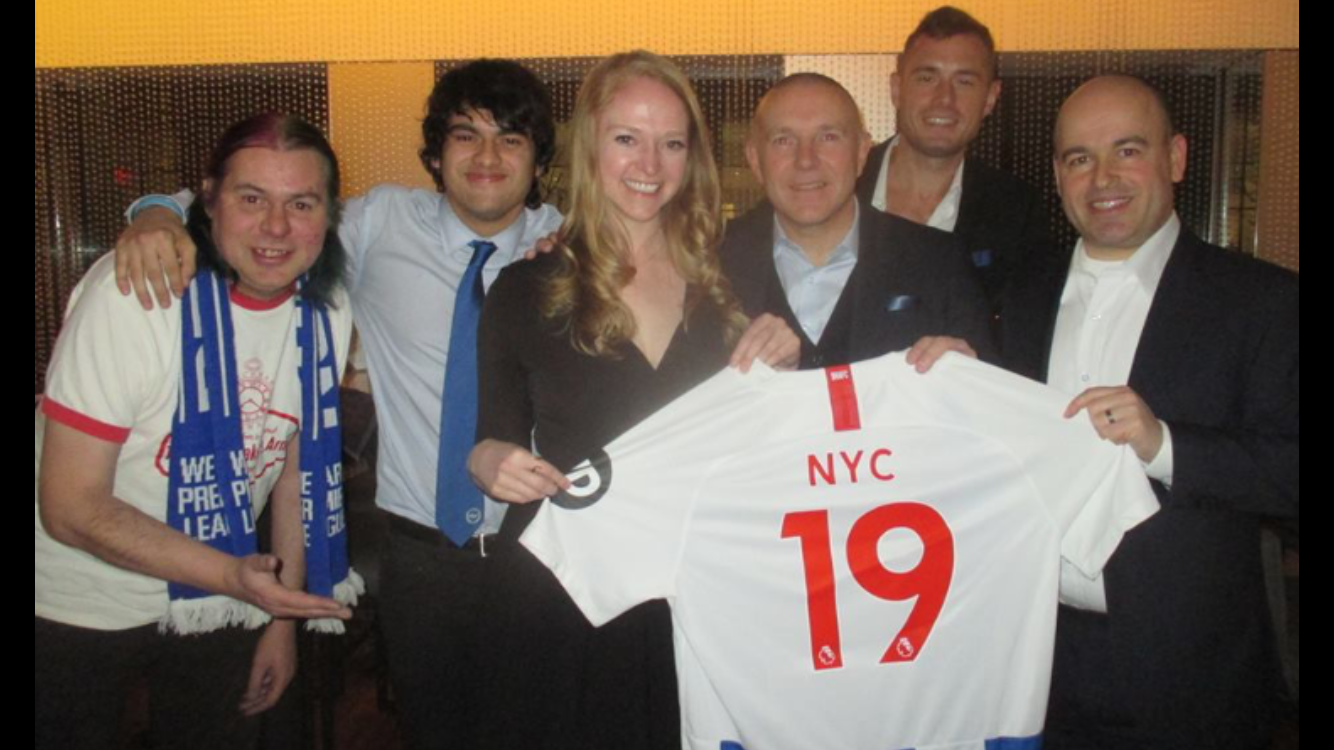 Alex Hall is pictured on the far left and is next to fellow New York resident Andy Bajana, who famously started following the Albion after splitting up with his Crystal Palace supporting girlfriend. Paul Barber is third from right holding the Albion shirt.