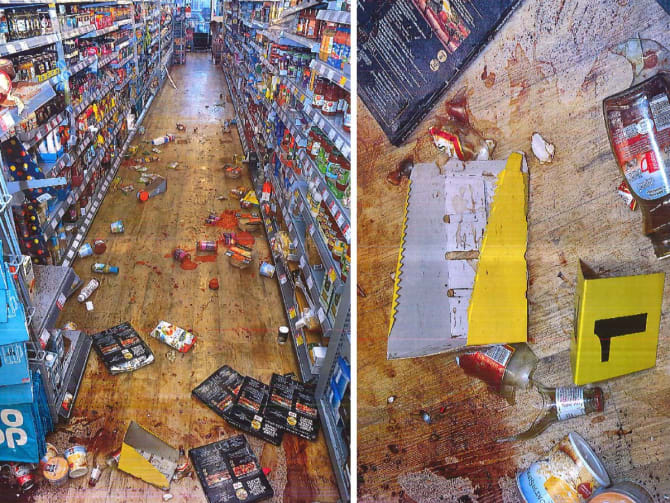 The aftermath of the rampage at the Co Op in Hangleton

A glazier who stabbed another man in the neck with a broken bottle has been spared jail – but his victim is now behind bars for his part in the brawl which left a trail of destruction in a Hangleton supermarket.

Matthew White, 35, smashed the glass bottle over John McLoughlin’s head before using it to stab him at the Co-op in Hangleton Way on June 11.

The court heard the brawl started between White and John McLoughlin’s brother Declon, of Freshfield Road, Brighton, but it wasn’t long before John also waded in.

After being arrested at his home shortly after leaving, John McLoughlin was taken to the Royal Sussex and then into custody. Throughout, he was both physically and verbally abusive to police and paramedics.

White, of Hangleton Way, was given a 12-month prison sentence suspended for two years after pleading guilty to affray at Lewes Crown Court yesterday.

McLoughlin, a builder of Egmont Road, Hove, was jailed for 15 months after admitting affray and assaulting a woman.

Declon McLoughlin was originally charged with affray and appeared at Brighton Magistrates Court but the charges against him were later dropped on advice of the CPS.

When police first arrived at the Co-op, they discovered White had been taken into a secure staff area. He was arrested at the scene. 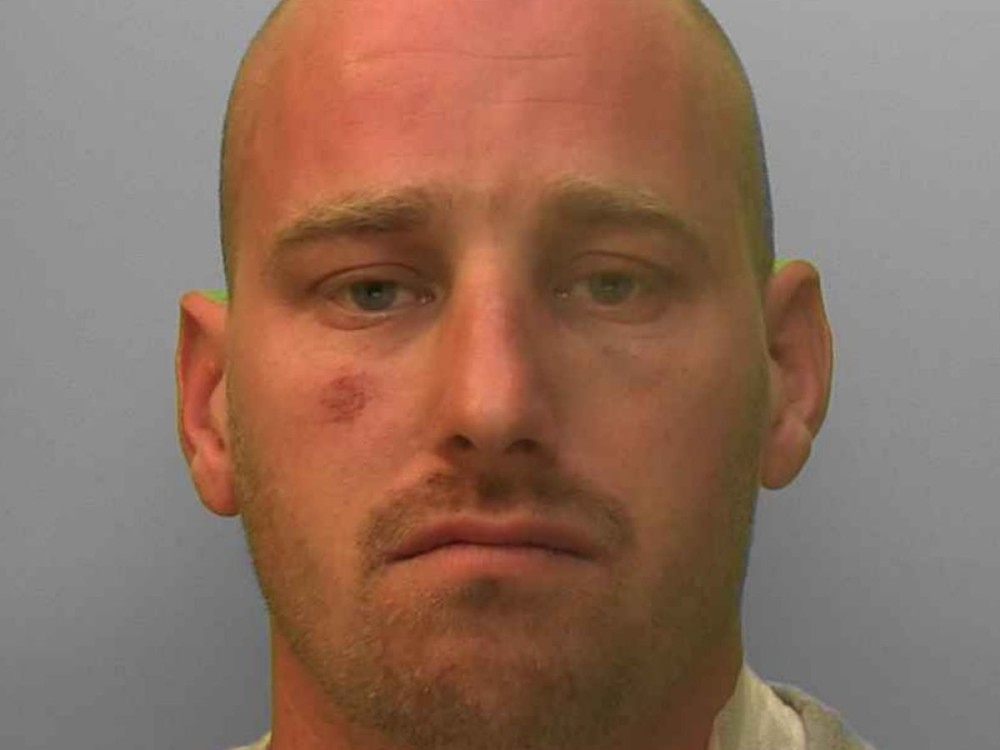 Detective Constable Scarlett Millar, of Brighton Investigations, said: “Thanks to the excellent work of our response and investigations teams, working with paramedics and witnesses at the scene, we were able to secure convictions against two clearly very violent individuals.

“No matter the circumstances, there is no excuse for this level of violence, especially in a public place.

“The defendants used various items of stock from the shelves to assault each other with, most notably a glass bottle, which could have caused significant harm. In doing so, they also caused thousands of pounds worth of damage, which the company has been able to claim on insurance.

“Their sentences serve as a reminder that this sort of behaviour will not be tolerated in Sussex, and we will deal robustly with offenders involved in such incidents.”