IDLE hands made for disc jockeying 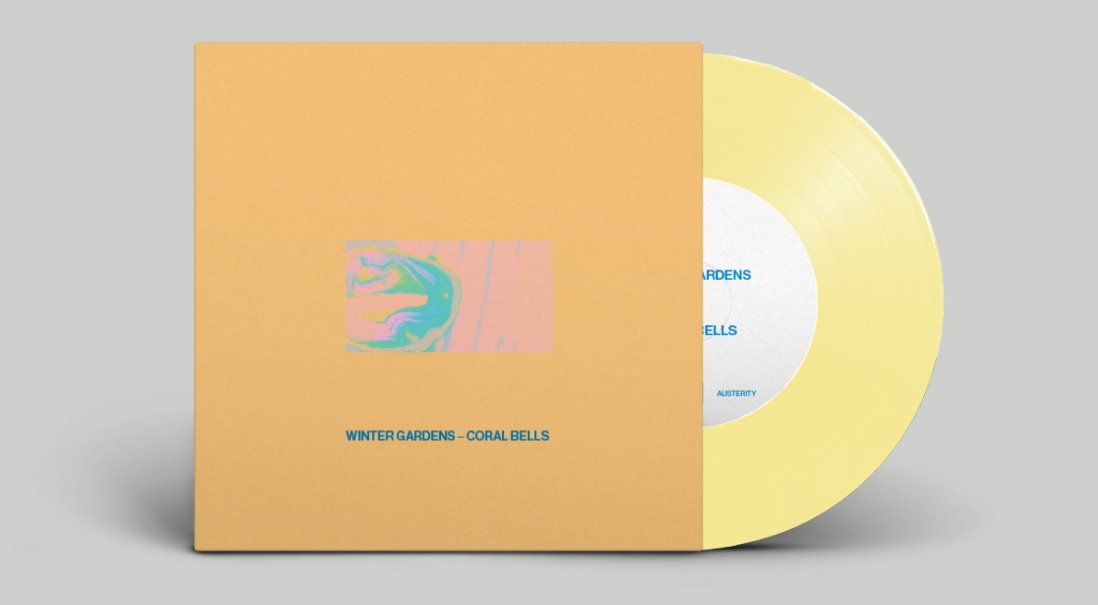 New Sussex based record label ‘Austerity Records‘ chose the rather wonderful Black Market VIP, in Hastings for their grand launch, which included 3 bands with Brighton connections. This independent venue has served up delights such as Spear of Destiny, Kirk Brandon’s acoustic set and UK Subs in the past so I was looking forward to yet another good night in the heart of the Old Town. 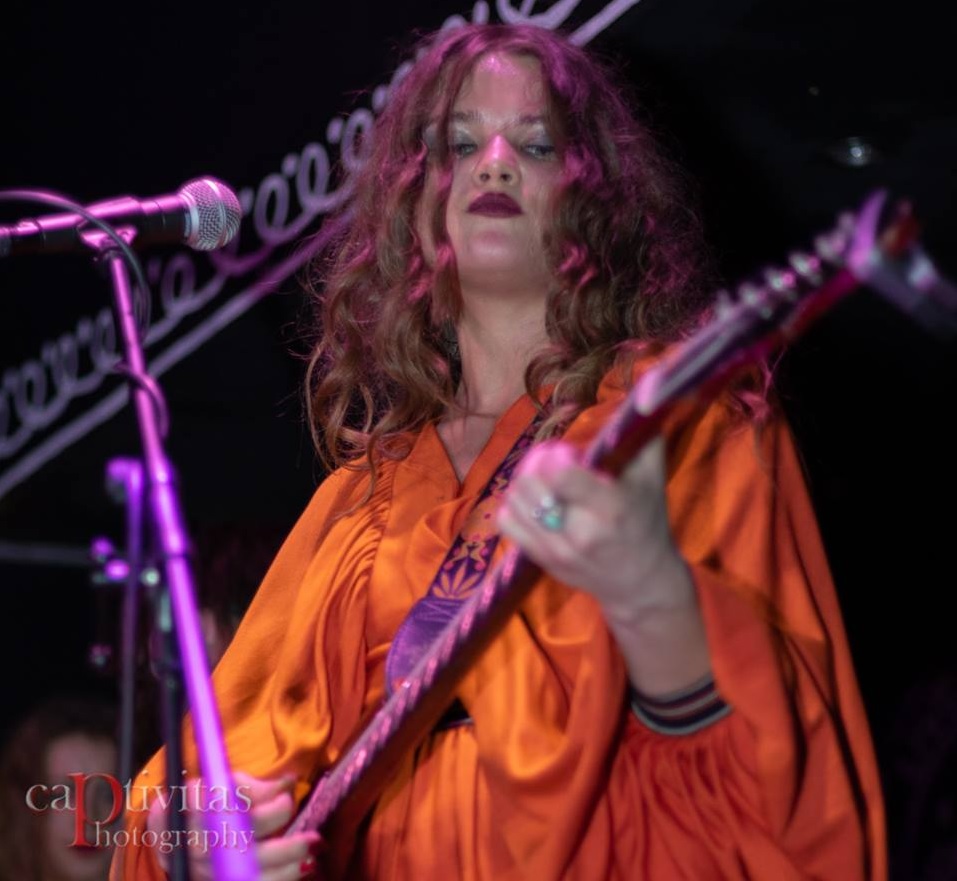 First onstage was Daisy Coburn with her backing band, including birthday boy Charlie. Daisy has had previous chart success back in 2010 as a 16 year old in Daisy Dares You, when she released ‘Number One Enemy’ featuring Chipmunk, which peaked at number 13 in the charts. She even appeared on GMTV and was interviewed by Breakfast TV stalwart, Kate Garraway. 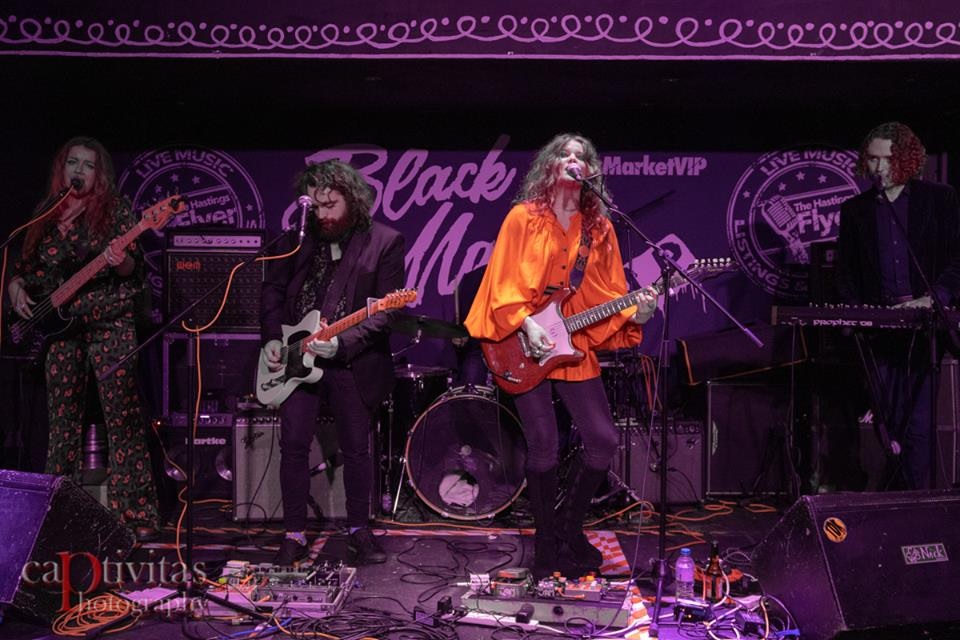 Now at the age of 25 Daisy is already an old hand in the music business and is now reinventing herself. When I heard that she was influenced by Beck I was intrigued to see her play live and I was pleasantly surprised. I found her vocals mesmerising and easy to listen to. The backing band complimented her style with the highlight of the set for me being the up-tempo ‘Are you Happy?’. 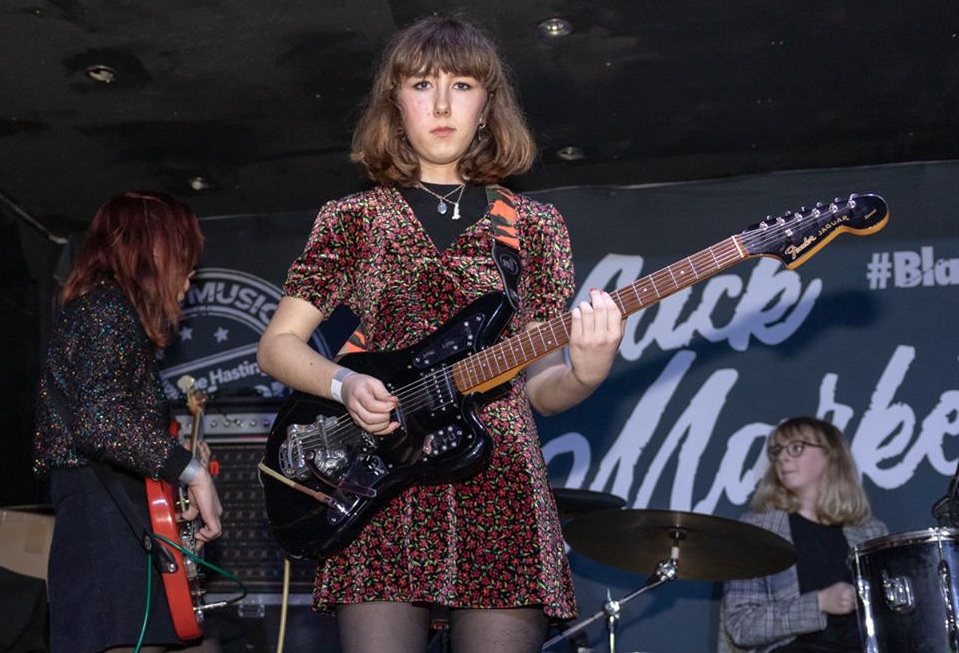 Second band up were local Hastings band The Kiffs who are Bonnie (vocals/guitar), Tallulah (guitar), Lola (bass), and Honor (drums). These 4 teenage schoolgirls have been building quite a reputation around the area and further afield having been played by Steve Lamacq on his 6Music Recommends Show. 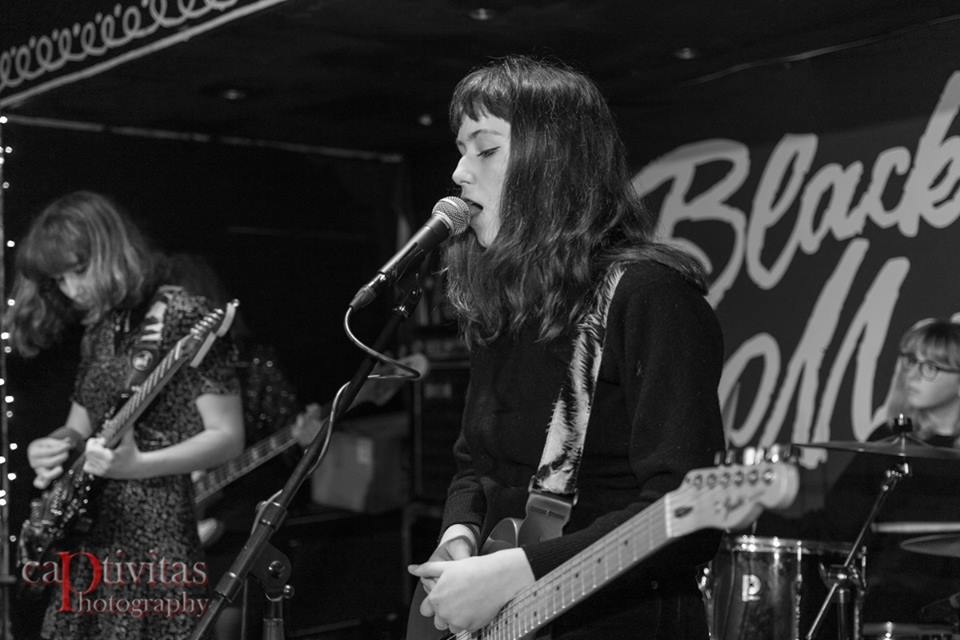 This was to be the first time I had witnessed them live and from their guitar riff intro I was hooked. Their musicianship belies their tender years and they gel well as a band. They definitely have the potential to go far and I’m sure that their stage presence will increase as they gain more experience. In fact they were so good that it was impossible to choose a favourite song and I look forward to seeing them again at Fat Tuesday in Hastings on March 5th , by which time I may have calmed down. In the meantime I would urge you to give them a listen if you like guitar fuelled indie music. 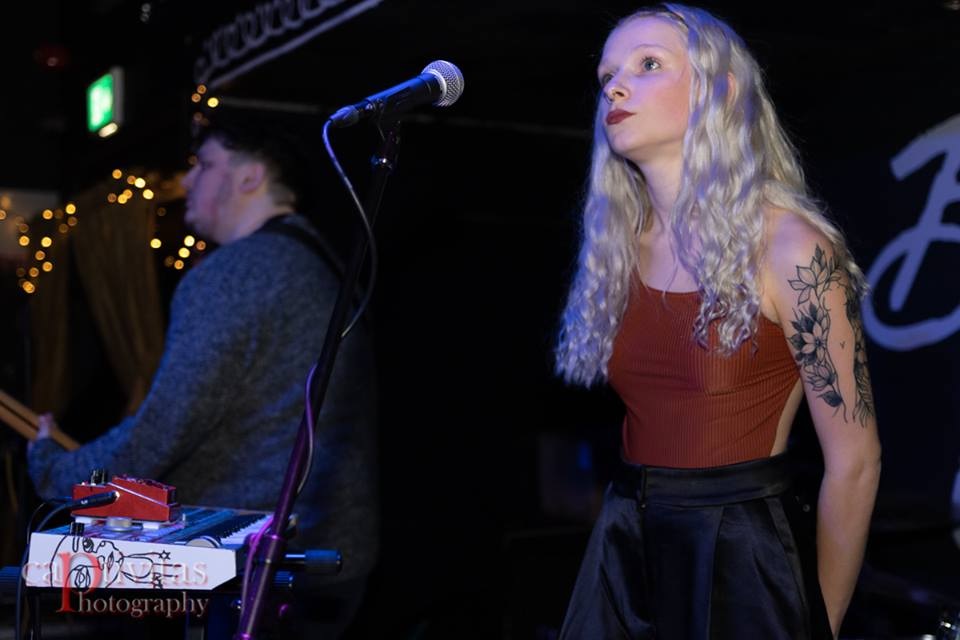 Next up were Winter Gardens from Brighton. This gig coincided with the release of their debut single ‘Coral Bells’ and was set to be a special night for them with plenty of support from the crowd. They performed a good cover version of ‘Pearly Dewdrops Drops’ by The Cocteau Twins, a band that I saw supporting The Birthday Party way back in 1982. 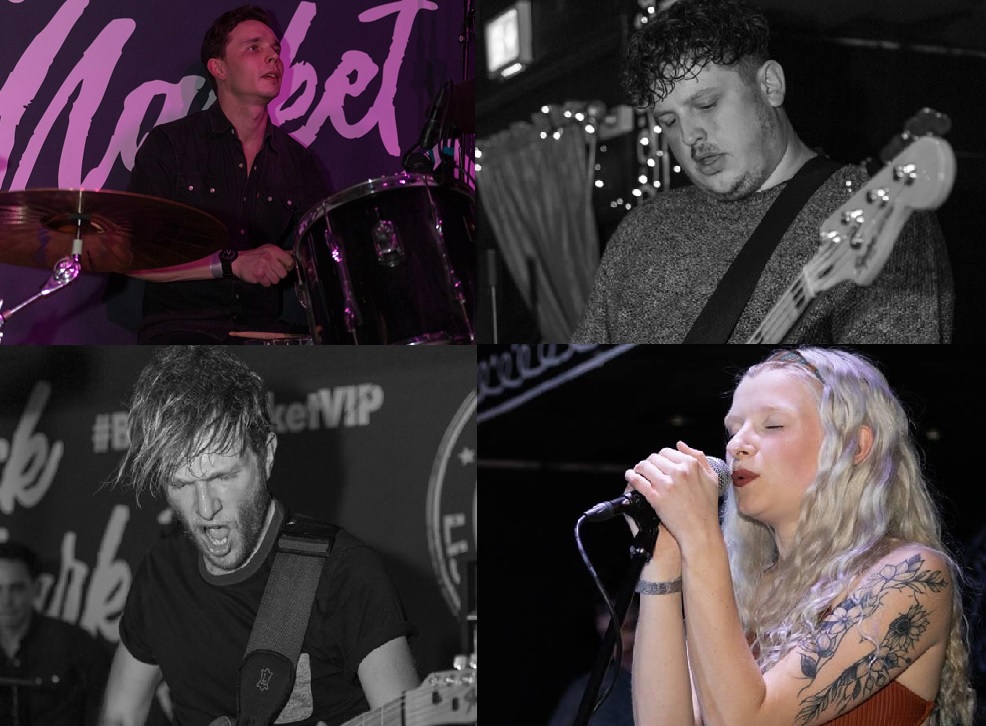 The band obviously have high standards and are very passionate about their music as they were a tad unhappy with their performance, but they needn’t be too hard on themselves as they showed a lot of promise. They were by far the most energetic band on the night which I love to see, and you have to admire anyone who does so in a big jumper when the temperature inside the venue was more suited to a t-shirt. Winter Gardens are: Ananda, Jim, Matt and Alex 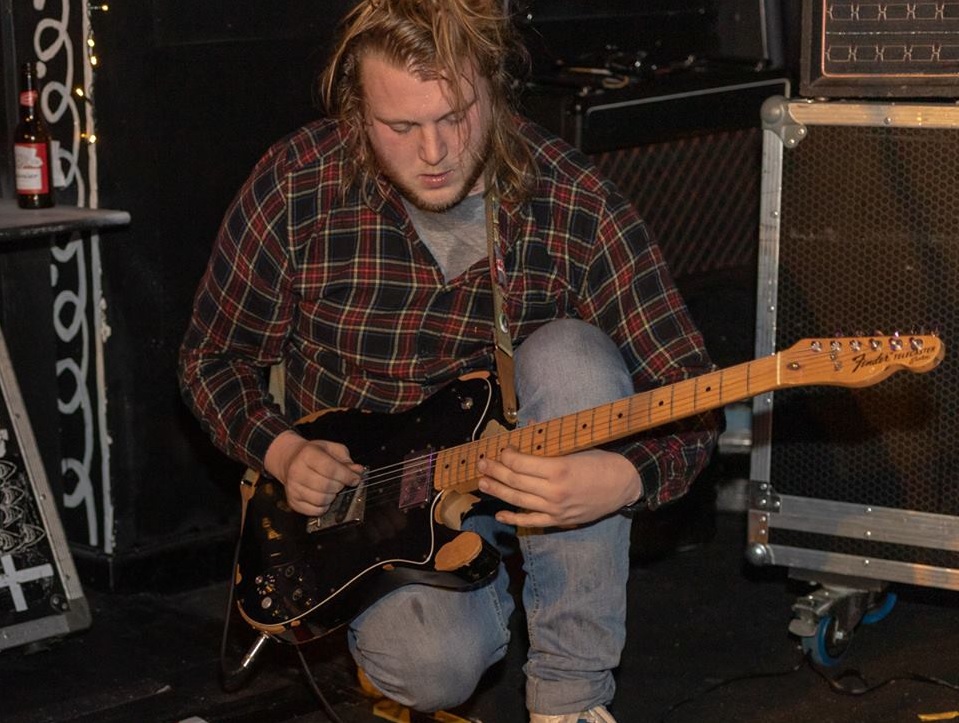 Last up were Penelope Isles, who will shortly be embarking on a tour to promote their album, ‘Until The Tide Creeps In’. They relocated from the Isle of Man to Brighton and it’s wonderful music scene, but it’s safe to say that they also have a new found love for Hastings which Lily described as a secret gem. 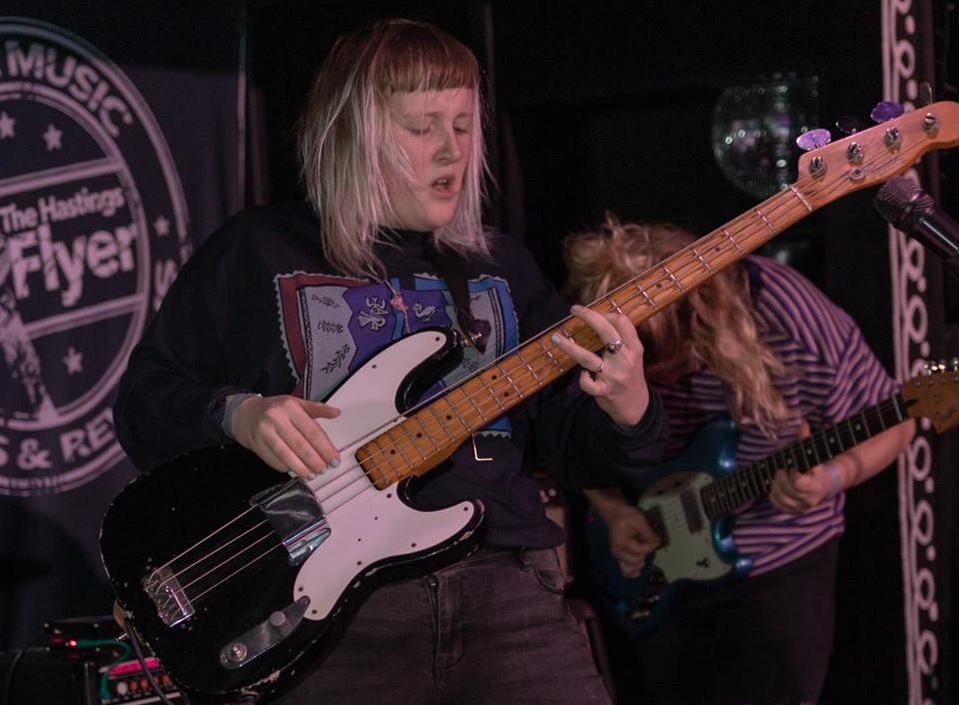 Tonight, as with all the bands, was the first time I had seen Penelope Isles and I have to say that the vocals of Jack were quite amazing and caught me completely off-guard. During some of their quieter numbers there was noise to be heard from the bar area to which Lily retorted by dedicating their new single ‘Chlorine’ to “those having an amazing time at the back of the room”. Well done, as I never quite understand why some people attend gigs and then proceed to talk through them and ruin other people’s enjoyment. 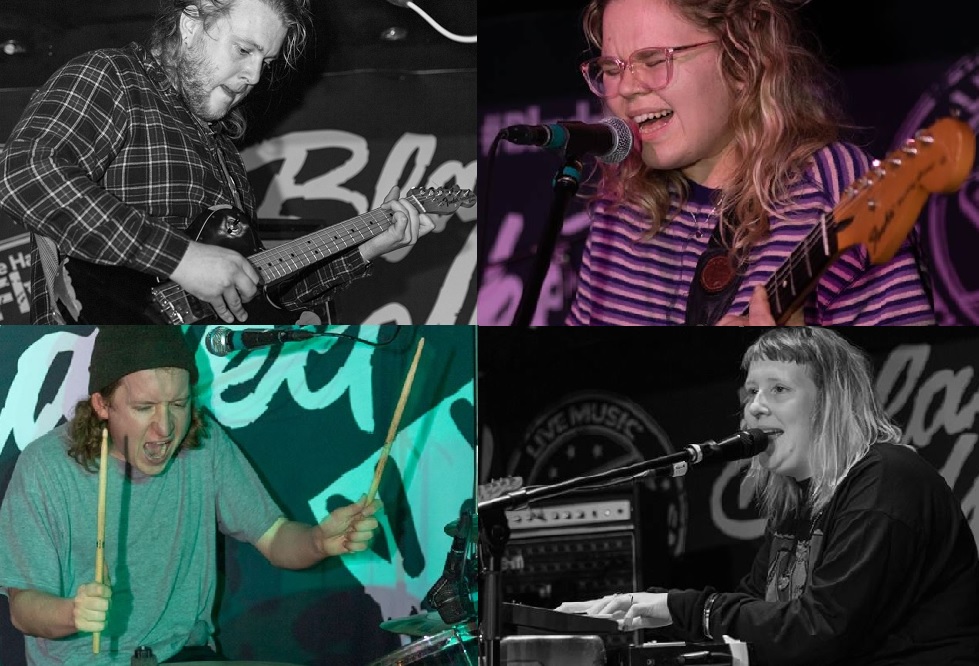 My favourite track of the set was definitely the extended version of ‘Gnarbone’ I could have listened to it for hours and it wasn’t far off it!
Penelope Isles are: Brother and sister, Jack and Lily Wolter, with the help of friends Becky Redford and Jack Sowton. 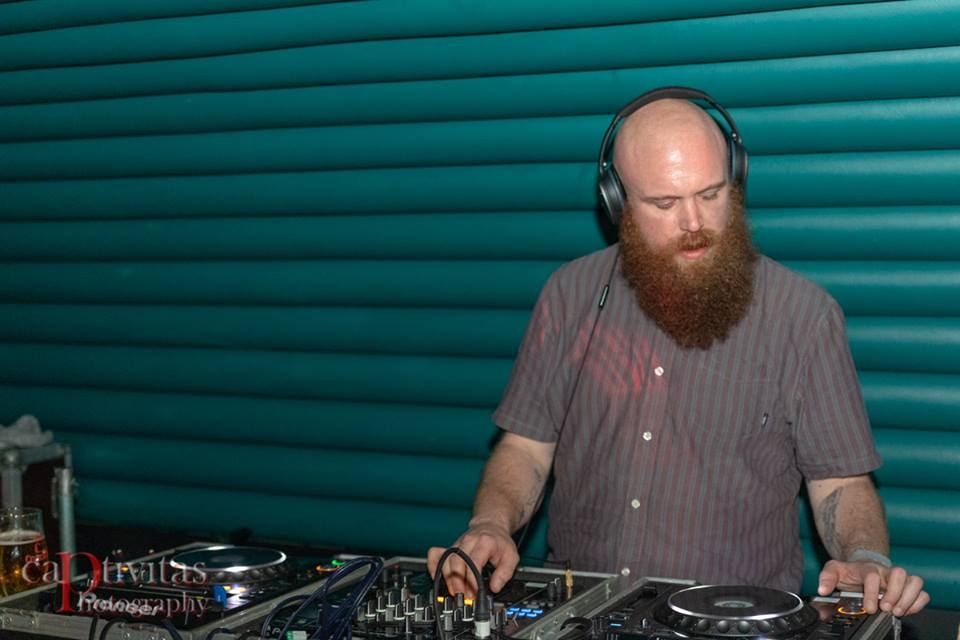 ‘Dev’ from IDLES on the decks at at the Black Market VIP, Hastings (pic Nick Tutt/Captivitas photography)

There was an additional treat for the crowd with founder member and bassist of the hottest band of the moment IDLES, Adam Devonshire (‘Dev’) providing after-show entertainment with a DJ set into the small hours. Little did he know that he would be reviewed by a former incumbent of the Black Market decks in yours truly. Some 12 years ago my parents ran the downstairs venue at the Black Market, The Famous Lily Langtry’s, and I would regularly DJ for parties. Playing to the crowd is an art form in itself and though a lot of the music requested by party revellers was cheese I would endeavour to sneak in some of my favourite tracks at appropriate times. 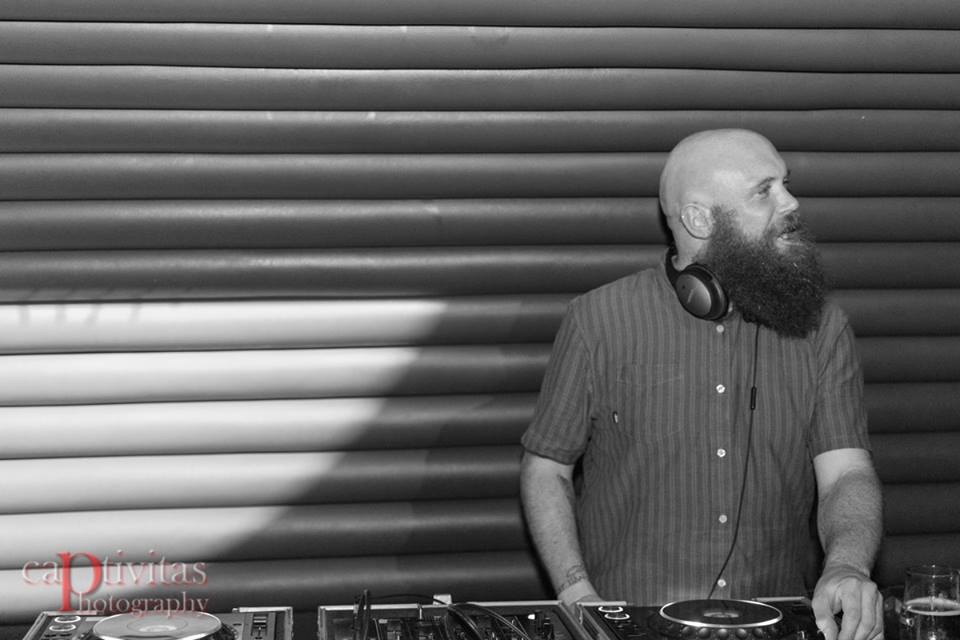 ‘Dev’ from IDLES on the decks at at the Black Market VIP, Hastings (pic Nick Tutt/Captivitas photography)

So would Adam be able to replace me as King of the Black Market decks? Actually from the second track in when he played ‘Totally Wired’ by The Fall led by the much missed Mark E. Smith, he had already knocked me off my perch and had become my disc jockey idol. I recall that I played the more commercial cover version of ‘There’s A Ghost In My House’ but that was as good as it got in my day. By the time he played Talking Heads he really was ‘Burning Down the House!’ 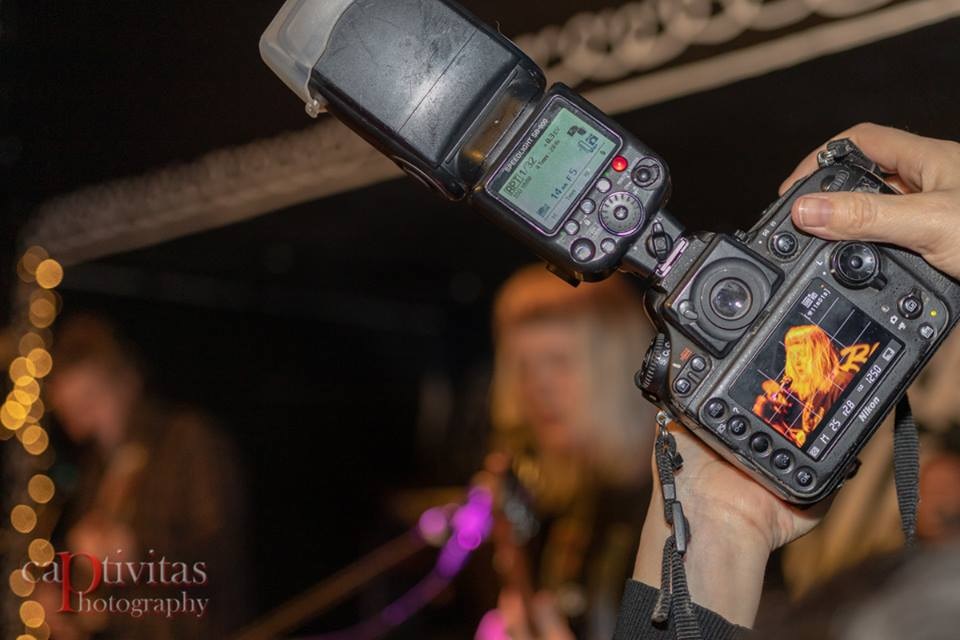 Sadly I did not make it until the 3am curfew due to it being way past my bedtime, but all in all it was a thoroughly enjoyable night out in Hastings thanks to Austerity Records and Black Market VIP. 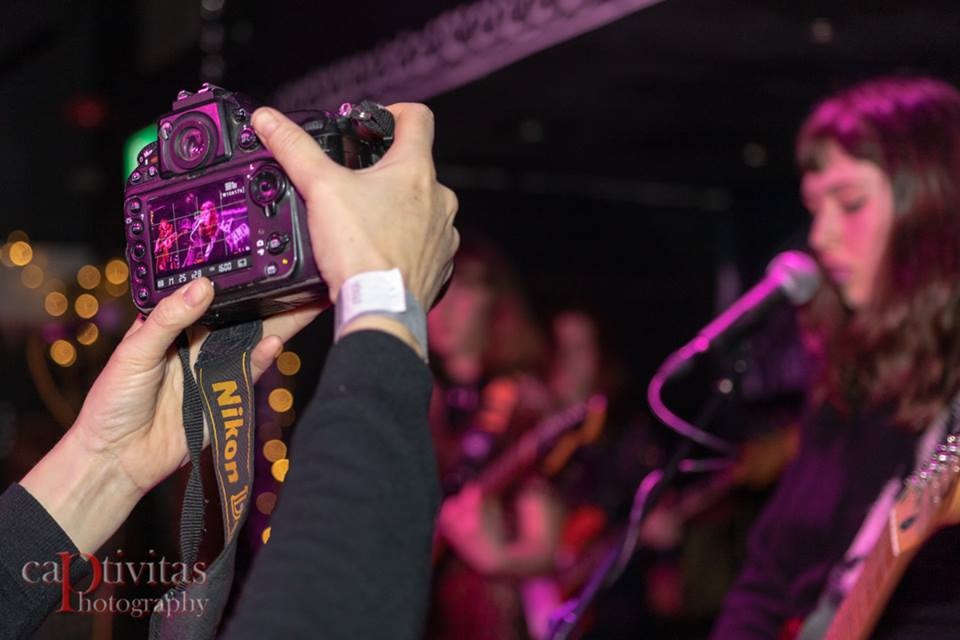 Next up is Fat Tuesday running from March 1st until the 5th, with a few Brighton bands gracing Hastings with their presence. Virtually all of it is free entry and Black Market VIP will be one of the numerous venues hosting this ever expanding event which is now in its 10th year. If you can’t make it over to Hastings then watch this space for a review of the musical festivities. 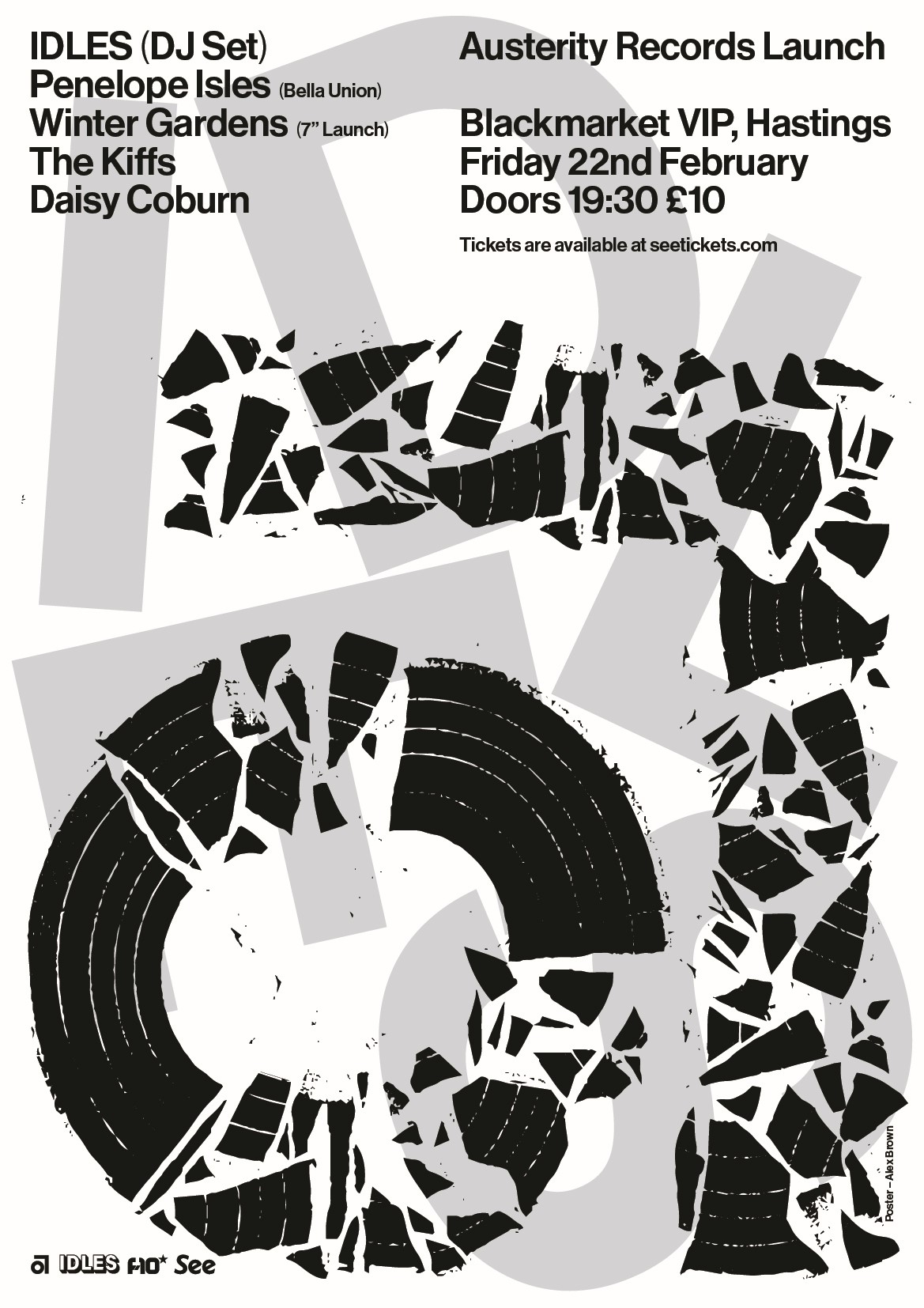 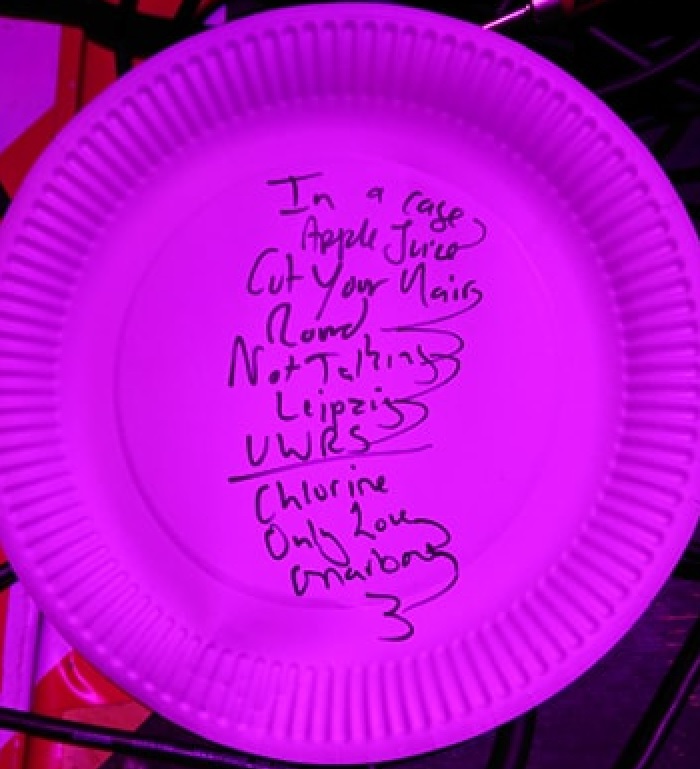 Penelope Isles setlist – they had it on a plate! 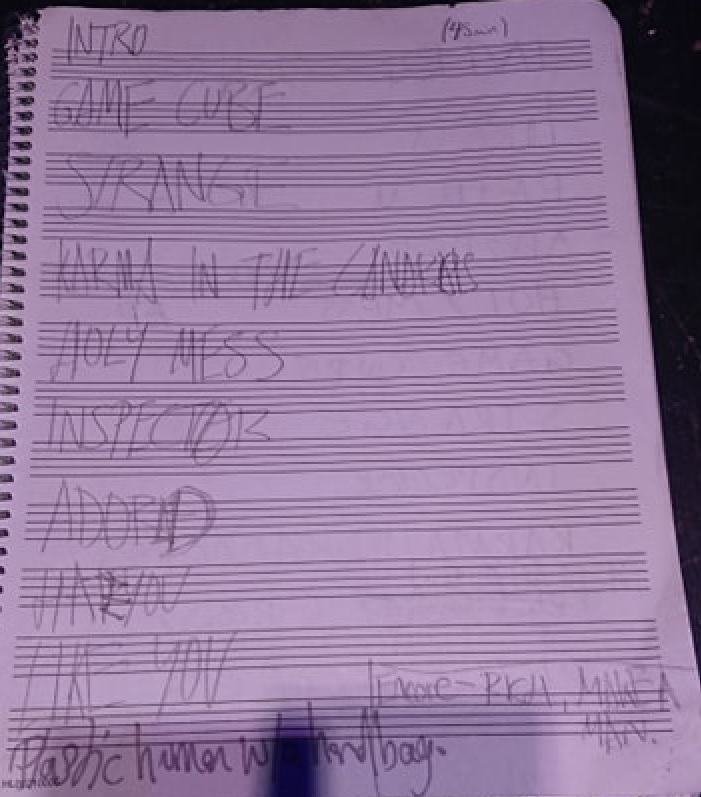 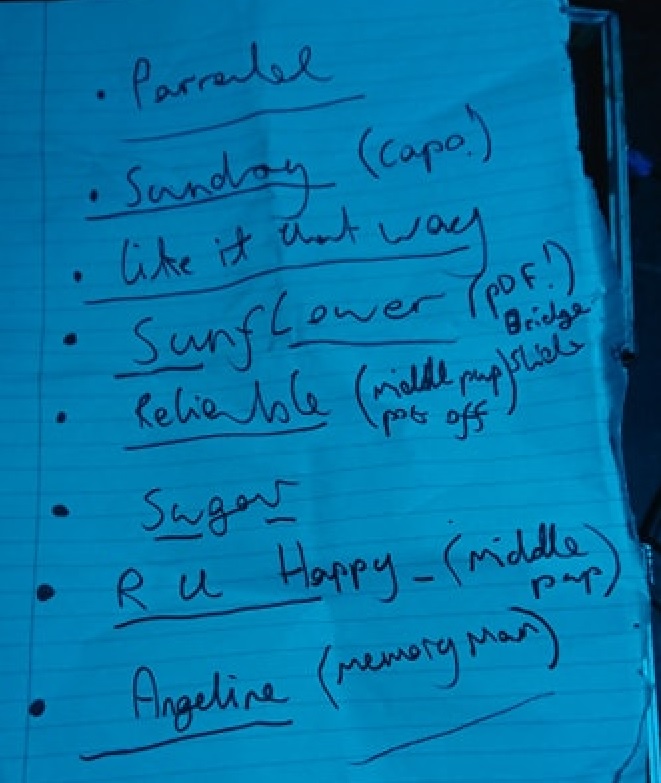