Steve Mason cutting, dressing, and laying down tracks in Brighton 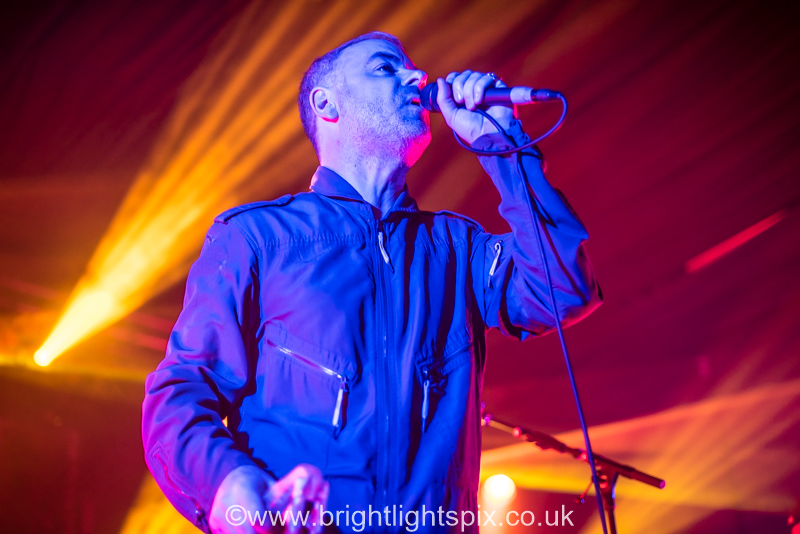 Brighton has a tendency to adopt artists and musicians that settle here as its own. Steve Mason, former lead singer with Scottish folk-tronica psych experimentalists The Beta Band, has now based himself on the South Coast, and the Brighton leg of promoting new album ‘About The Light’ has the feel of a hometown gig. The original date on Saturday 9th February at St Bartholomew’s Church was postponed due to illness, and the promoters have taken the opportunity to upgrade the venue to the Concorde 2 for tonight’s rescheduled show. 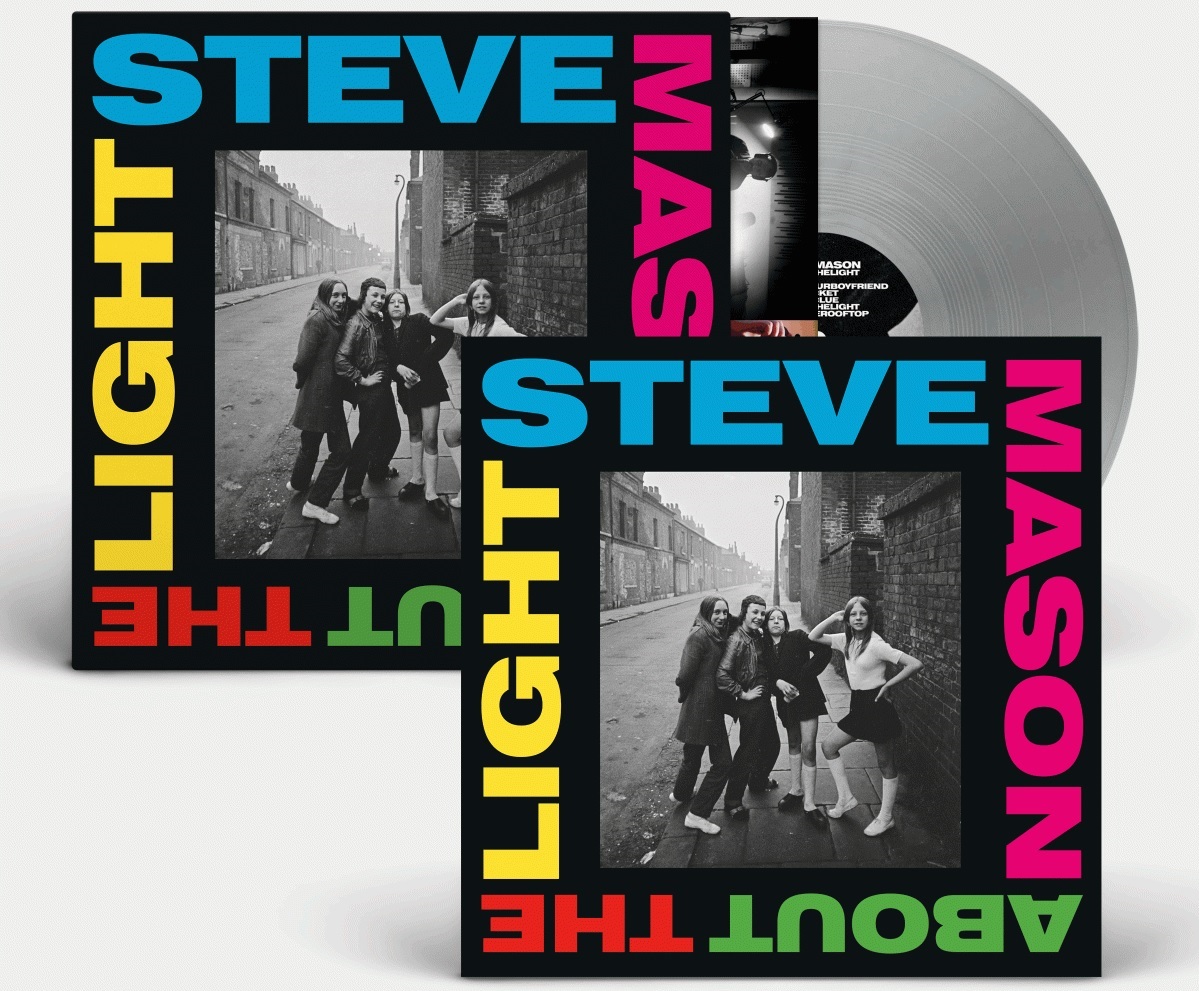 ‘About The Light’ is Steve Mason’s fourth album since he began releasing them under his own name in 2010. All of his songwriting seems deeply personal, often touching on his well documented struggles with depression, and each album has its own distinct sound and mood. The new record is his most upbeat yet, it’s often celebratory feel bolstered by the lush production of Stephen Street, who has formerly worked with the likes of Blur and The Smiths. Layers of horns and gospel-tinged backing vocals make for a rather more mainstream sound than might be expected from an artist with a reputation for quirky experimentation, but at the heart of it are beautifully melodic songs and Steve Mason’s trademark vocal, which evokes a plaintive dreamlike yearning. Some numbers have lightly tripping bridges with quick repeating vocal figures, that take me straight back to the days of The Beta Band. I’ve loved this album since it came out in January, and like many others here tonight, I’m intrigued to hear it played live. 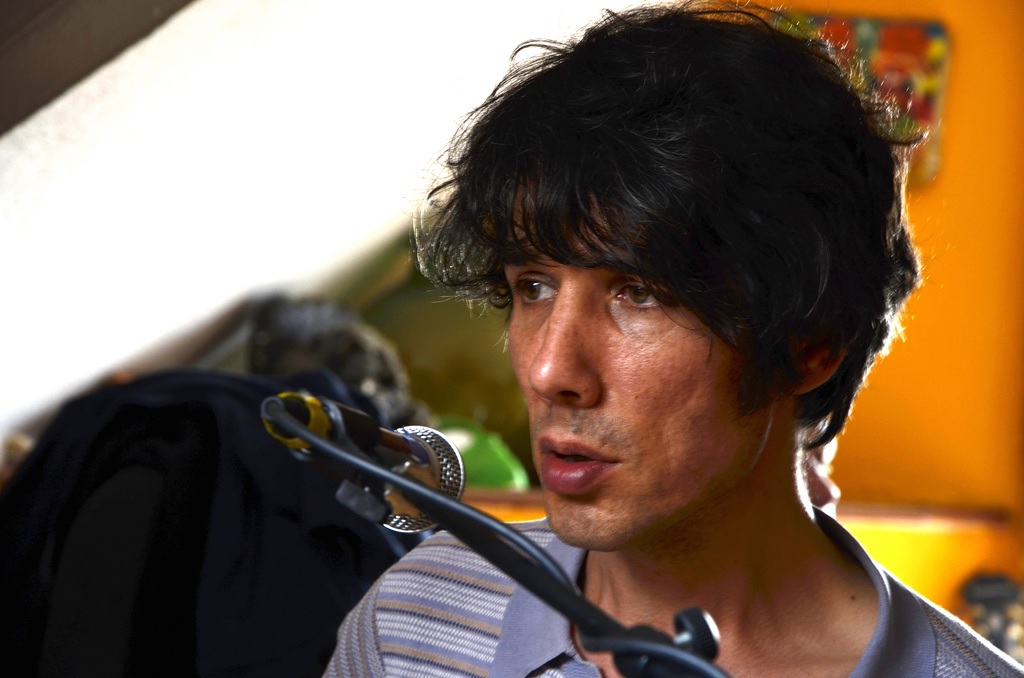 First there’s support act Edgar Jones, a singer songwriter probably best known as a founder member of 90’s Liverpool cult garage rock outfit The Stairs. He’s made a number of solo albums, most recently ‘The Song Of Day And Night’ in 2017. 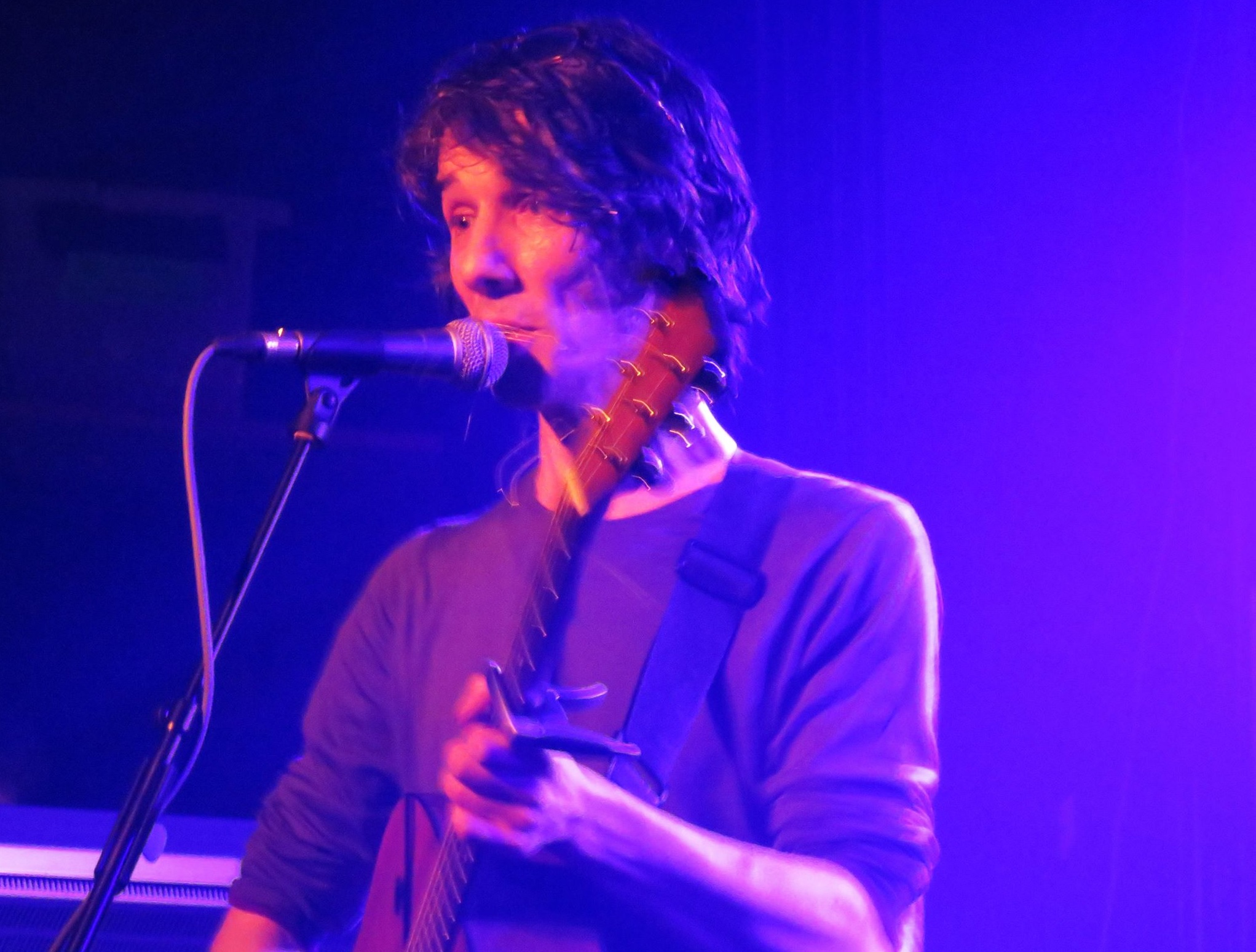 Many of his recordings feature a full band, but he’s making a pretty good job of it tonight with just his acoustic guitar and a Hammond-like keyboard sound coming from somewhere I can’t see, presumably the array of foot pedals. His singing voice is rich and soulful, and the songs have a classic feel, somewhere between Motown and garage rock. He’s charming between numbers, with witty Scouse banter, and he seems genuinely pleased to have so many attentive listeners. There are a few chaotic moments, mostly involving the tortuous signal path through his pedals, but the half-hour set passes very quickly and most agreeably. 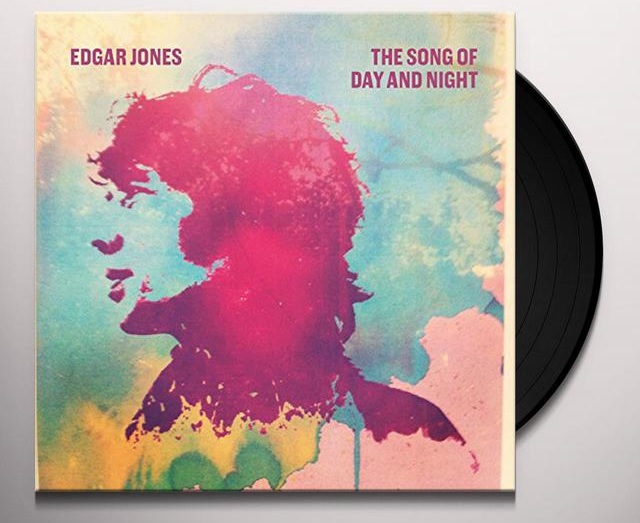 Edgar Jones ‘The Song Of Day And Night’ album

Edgar Jones setlist:
‘Big Eyed Boo’, ‘Best Thing’, ‘Whether Or Not’, ‘Even When The Game Is Won (You’ve Got To Keep On Pushing)’, ‘Hard Act To Follow’, ‘There Ain’t Nothing Going On Round Here (But You And Me)’, ‘Baby, What You Trying To Do To Me’, ‘Losing The Battle With You’. 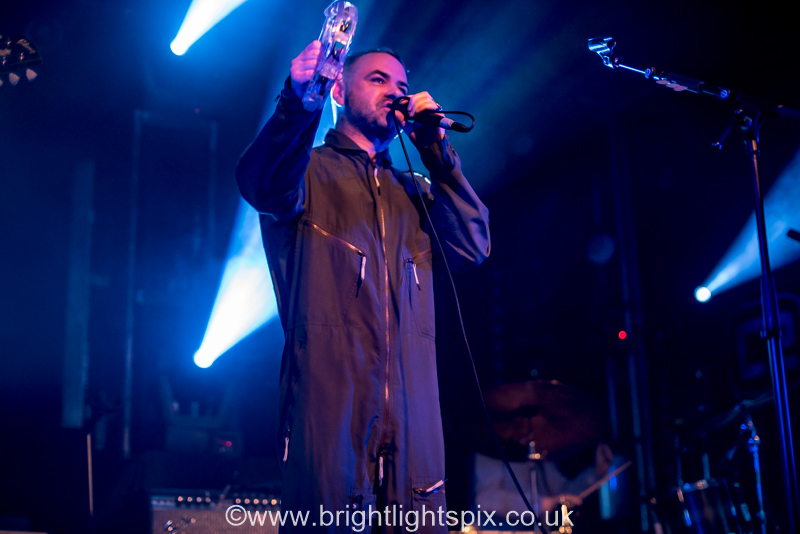 With a buzz of anticipation the crowd gathers, ready to hear Steve Mason. There’s a knot of dedicated fans at the front who have attended all his recent shows. The band takes the stage under a swirling array of colourful lights, and as the opening number, ‘Stars Around My Heart’, blasts off, I quickly become aware that the bass speakers are moving some serious air. There are just five musicians on stage, so the horn section and backing singers have been dispensed with for the tour, but the sound is absolutely massive and joyously glorious.

The band members have been closely involved with the writing of the last album, and they come across as a tight unit. Steve Mason looks as cool as you like, strutting the stage in a khaki jumpsuit like a classic rock frontman, tambourine raised aloft. Barry Cadogan is instantly recognisable as the leader of Little Barrie, and his impressive guitar work quickly shows why he’s also one of the busiest session players on the alternative rock scene. Darren Morris has a deceptively portable looking keyboard set-up that seems to house a vast repertoire of sounds, from delicate melodica to massive brassy stabs. Bassist Steve Duffield is as solid as his tone is thunderous, and he sports a distinctive long grey beard. I’ve definitely seen him around on the local music scene, most recently playing with The Rems. Last but not least is drummer Greg Neilson, headphones jauntily half on as he deftly intersperses thumping live drums with skip-along electronic beats. 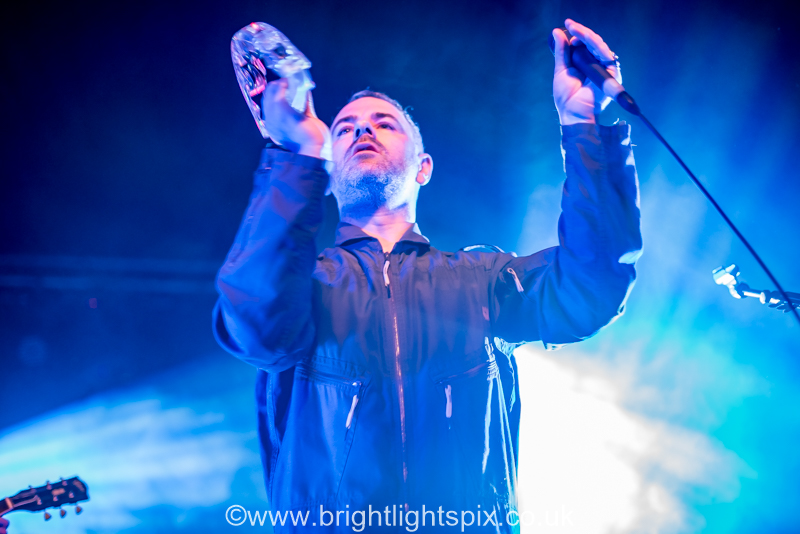 The second number, ‘Planet Sizes’, from the 2016 album ‘Meet The Humans’, is so soaringly beautiful that it seems the audience are stunned into quiet contemplation at its conclusion. “A respectful silence….about time too,” quips Steve. “The last gig was like a jumble sale.”

The set moves on with a mix of numbers from the last two albums, plus a few forays into 2013’s ‘Monkey Minds In The Devil’s Time’. One of these, ‘A Lot Of Love’, is clearly less familiar to the audience, and the slightly muted response draws another dry quip in Steve Mason’s beautiful Scottish brogue: “What’s up Brighton? Are they only selling Buckfast at the bar?”

This is only banter though. The atmosphere is warm and cordial as the set progresses, and there are some lovely moments. ‘Fox On The Rooftop’ is dreamlike and magical, and even the hardest hard must surely melt as Steve dedicates ‘Rocket’ to his wife. As a performer and a person, he’s had his ups and downs, but I doubt anyone would begrudge him the happiness that family life seems to have finally brought. 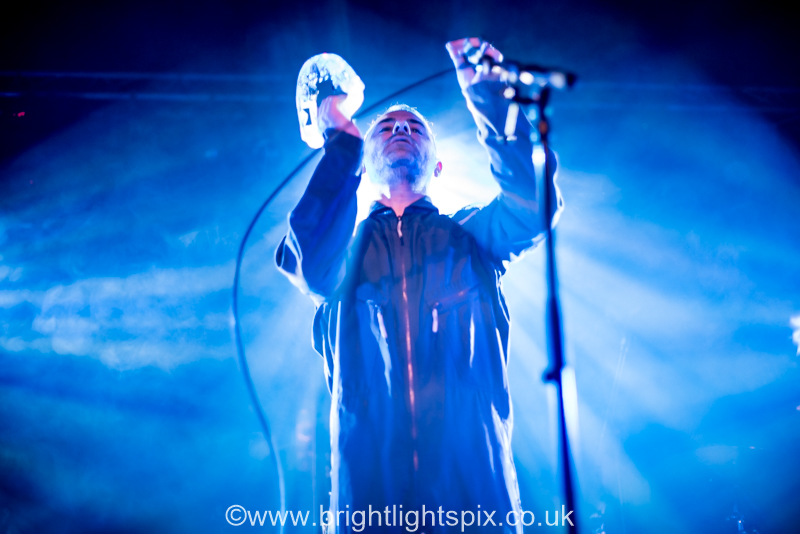 By the end of the set I’ve stopped taking notes and I’m dancing along with everyone else. ‘Alive’ is simply glorious, with its delicate melodica phrases. The first encore, ‘Walking Away From Love’, has everyone clapping along to its staccato rhythm, and the final number, ‘Words In My Head’, elicits plenty of enthusiastic dancing as Steve bashes away at a set of bongos. As far as I’m concerned, it’s a triumphant end to an evening of quality entertainment. I’m glad I went. 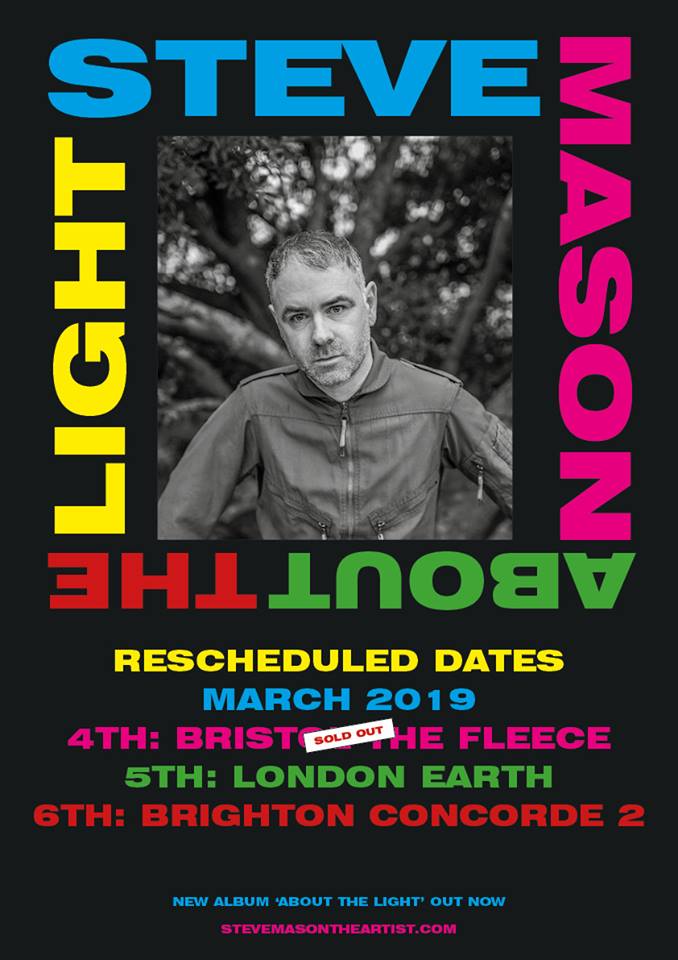