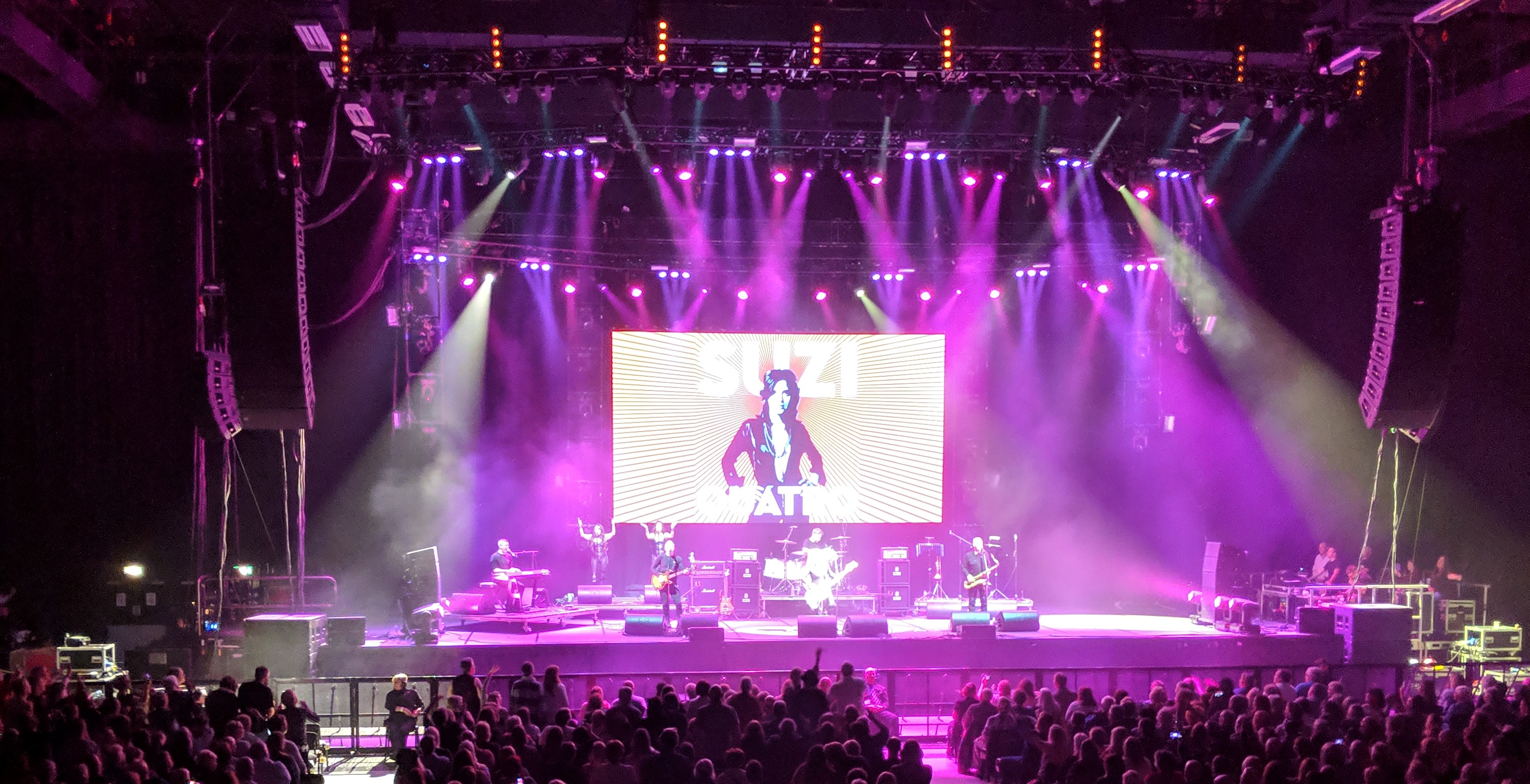 So Sazza and I rocked up to the Brighton Centre for an evening of 70’s Rock’n’Roll nostalgia…and we weren’t disappointed! Nor indeed were the assembled masses who had come to party. 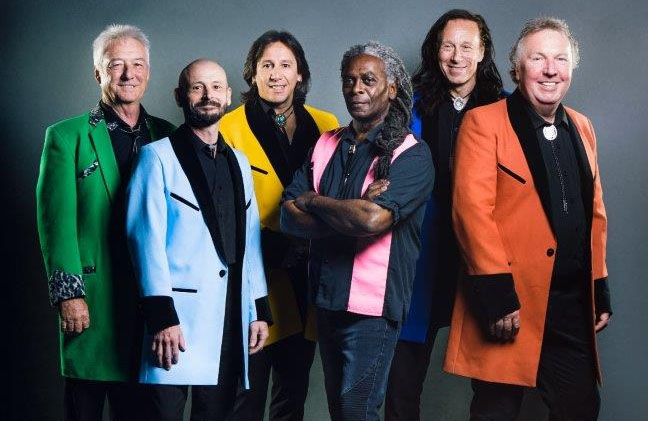 First off was Showaddywaddy. Despite the hits finishing over three decades ago, Showaddywaddy have continued to tour, and still do around 100 dates a year in the UK and Europe.

The band currently consists of one remaining original member, Romeo Challenger, (who only played towards the end of the set) along with guitarist Ray Hatfield, vocalist Andy Pelos, keyboardist Dean Loach, and drummer Rob Hewins as well as bassist Billy Norman.

I have to say I was pleasantly surprised by just how good they were, and must admit that back in the days of a Radio Rentals black and white TV, they were one of my preferred options for ‘Top Of The Pops’– along with the like minded Darts.

Andy Pelos was an engaging front man and got the crowd up and dancing…the hits flowed… ‘Under The Moon Of Love’, ‘You Got What It Takes’, ‘3 Steps To Heaven’,…personally I felt that they were a little unlucky to be going on first, as there back catalogue was only lightly touched. 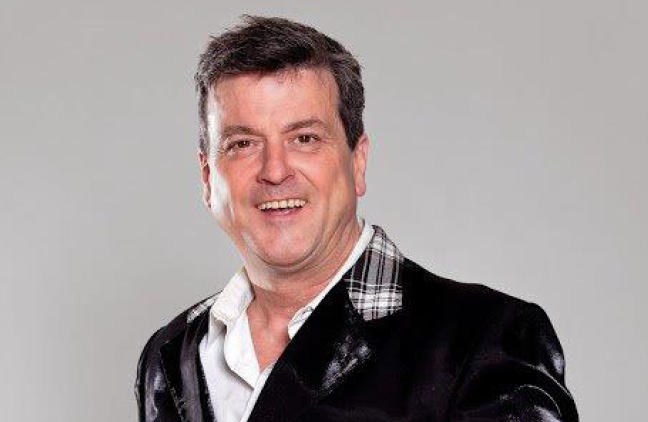 Next up were Les McKeown’s Bay City Rollers. The originals rocketed to stardom in the 70’s with their signature tartan and bubblegum sound, which saw a long string of solid gold hits worldwide and ‘Rollermania’ was born, a phenomenon likened to Beatlemania in the previous decade.

The band ruled the charts in the mid 70’s, and any band that gets a nod from Dee Dee Ramone, is worth a look as far as I am concerned…and they duly obliged…with ‘Saturday Night’, ‘Bye Bye Baby’, ‘I Only Want To Be With You’, and the singalong ‘Shang-a-Lang’ all played with tightly-and appreciated by the crowd.

He has had a remarkable career that has combined concerts, records, theatre, composing, films and television with striking success. He has written, recorded and produced albums and singles that have sold millions of copies worldwide – twenty-three Top 30 singles in Britain alone.

And it is fair to say there was a fair smattering of people who had come along to hear him do his stuff… the songs rolled out to much applause, and emotion. ‘Hold Me Close’, ‘Gonna Make You A Star’, ‘Lamplight’, ‘Imperial Wizard’, being the stand out tracks for me… and ‘Silver Dream Racer’, ‘Oh What A Circus’…

I still have the ‘Imperial Wizard’ and ‘Lamplight’ singles, and did not expect to hear either sung live! 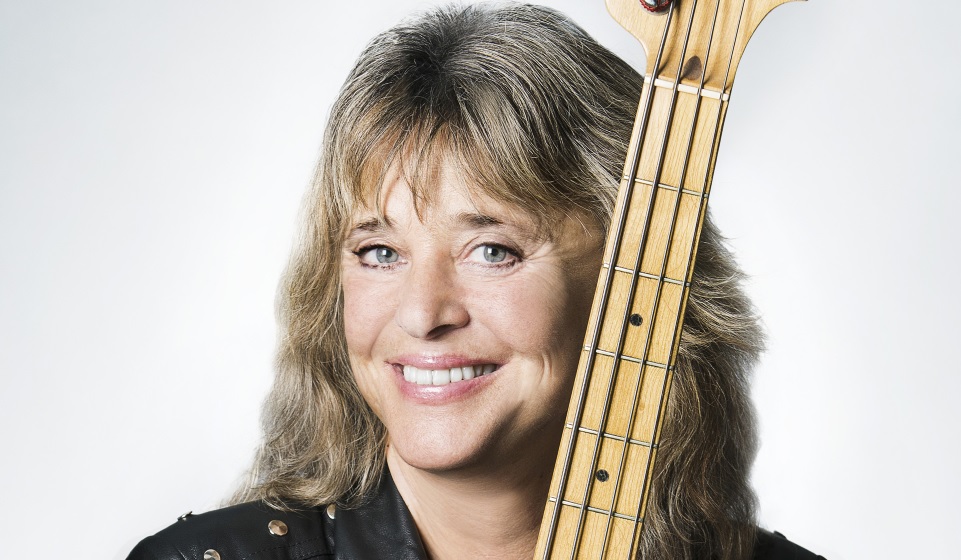 And then it was onto Suzi Quatro with her trademark leather catsuit, big bass guitar and band. Personally… and I am being picky, I would have preferred it without the ‘horn’ section…but there you go.

Suzi’s career began in the garage rock era of the 60’s, apparently as we were told, at the tender age of 14!

But it took until 1973 when ‘Can The Can’ a rocking glam rock number, kicked off a series of hit singles in the 70’s…’48 Crash’, ‘The Wild One’, ‘Tear Me Apart’, ‘She’s In Love with You’, ‘If You Can’t Give Me Love’, along with the new song ‘No Soul/No Control’ combined to get the people, and Sazza and I on their feet and bopping, finishing of with a rocking and rousing ‘Devil Gate Drive’…Leaving many to wish it could be 1973 again!

Wow! These guys have over 50 Top 30 hits and in excess of 100 million record sales between. Good Stuff by all! 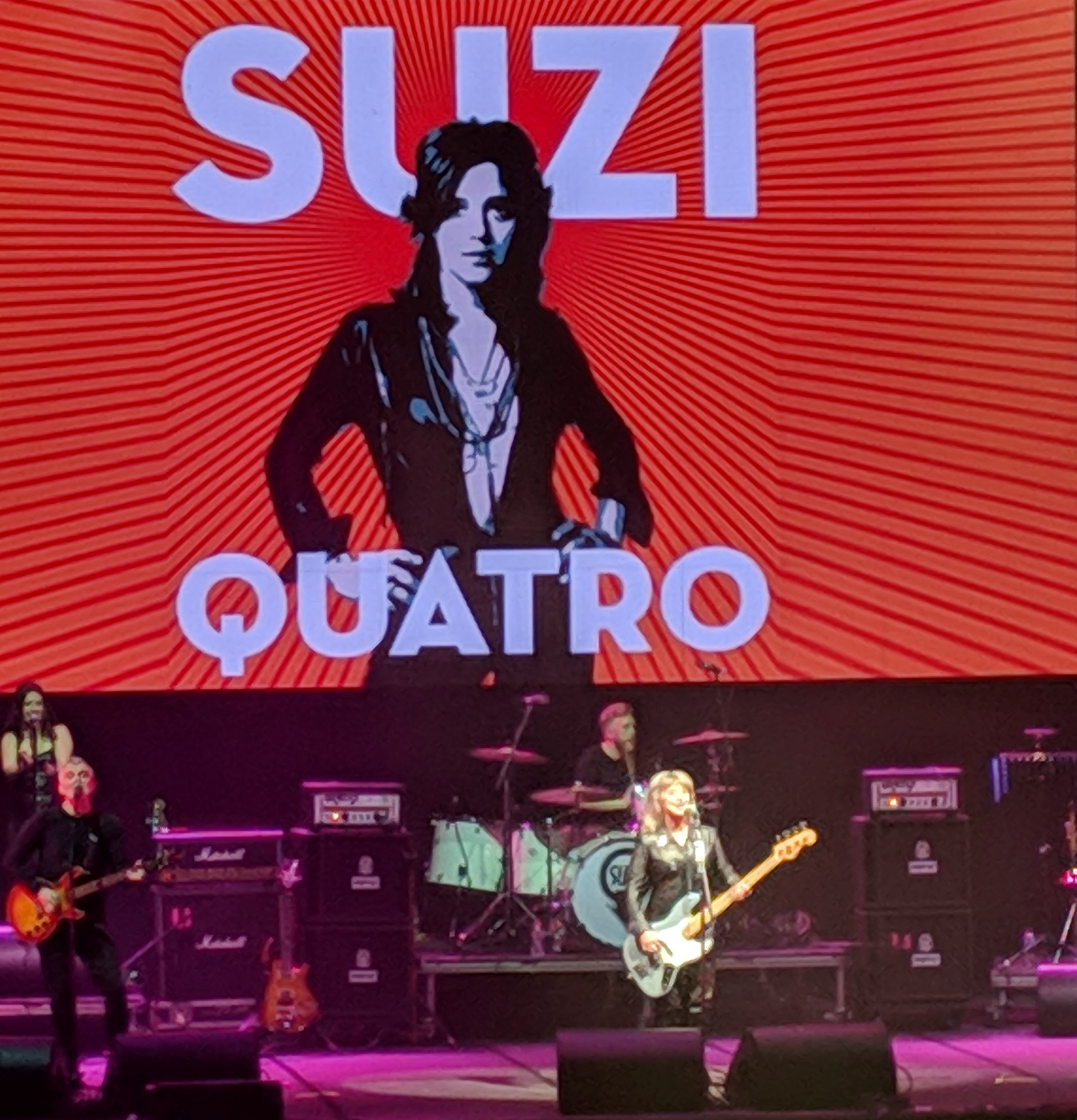 There’s certainly no skimming with The Slow Readers Club