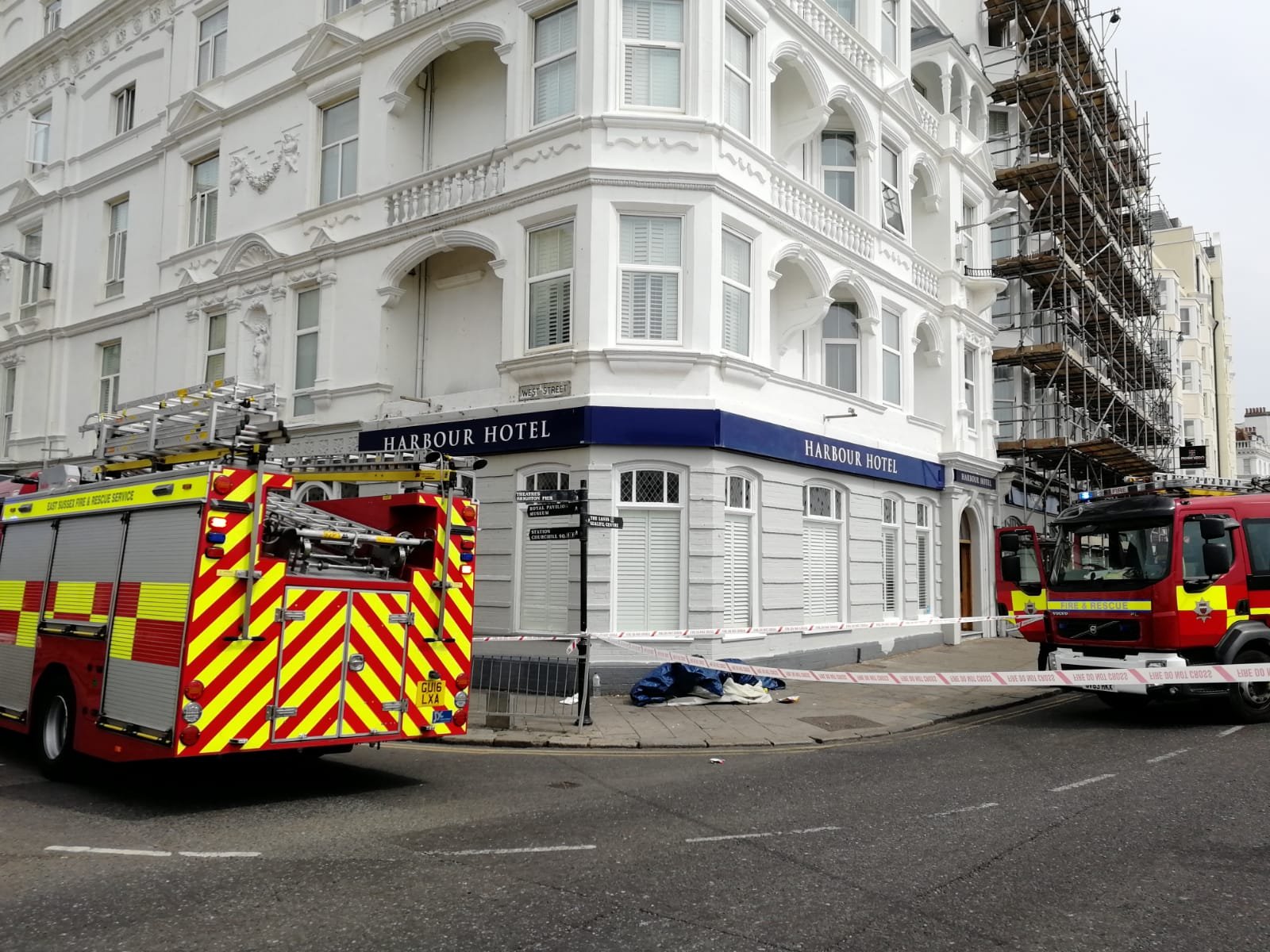 The Harbour Hotel has been evacuated and Kings Road closed this afternoon while firefighters investigate a gas alarm sounding.

Six fire engines are currently at the scene and police have closed roads and thrown a cordon around the hotel at the bottom of West Street.

Kings Road was initially closed eastbound, but later this afternoon both carriageways were shut. The road closures have caused huge delays, with buses diverted and delayed across the city as a result.

A spokeswoman for East Sussex Fire and Rescue said: “At 12.30pm we were called to an alarm sounding at a hotel on Kings Road, Brighton.

“Firefighters from Roedean, Preston Circus and Hove are in attendance.”

“The call came in at 12.30pm and firefighters mobilised to King’s Road, in Brighton. The premises have been evacuated. Firefighters are still at the scene. No casualties reported.”

At 3.05pm, the incident was scaled down, but investigations are ongoing. Motorists have been urged to avoid the area.

A police spokesman said: “We are assisting fire service with an incident that they are leading on. We are providing help with road closures.”

The road closure is causing long delays, with traffic queuing up West Street into Queens Road and along Kings Road itself.

Brighton and Hove Buses have diverted the number 7 and 27 services towards George Street are diverted via Dyke Road, Buckingham Road and Upper Gloucester Road.

The southwest corner of the Old Steine (stop U) isn’t currently being served with services going straight to the North Street stops and westbound Coaster, 14 and 27 services are diverted via Rock Gardens and Edward Street.