Brighton RSPCA takes in 400 exotic animals in just one year

The RSPCA in Brighton has taken in almost 400 exotic animals in just one year, the animal charity said today (Thursday 25 April).

The Patcham shelter, which includes a reptile rescue centre, looked after 385 creatures that were handed in, abandoned or neglected, the animal charity said.

It received more than 450 calls from members of the public across Sussex, with Patcham serving as home to the RSPCA’s Sussex, Brighton and East Grinstead Branch. And some 189 pets were rescued.

Already this year 126 exotic animals have been taken in at the charity’s Braypool Lane base, just off the A27 Brighton Bypass, by the A23 London Road junction.

The growing number has prompted RSPCA bosses to share their concerns and urge potential owners to do their homework and think carefully if they want an exotic pet.

The RSPCA said: “The reason behind some of the suffering of these exotics pets is that owners do not research their needs using expert sources and don’t understand the type and amount of care that they need, resulting in them escaping, being abandoned or neglected.

“Scientifically based expert care information for exotic animals can be hard to find and an inexperienced owner may not be able to tell the difference between quality and inaccurate care information.”

The rescue centre in Patcham currently houses an Indian Python, a Burmese python, a spiny tailed iguana and even crested geckos.

The centre has a bosc monitor in its care which was severely overweight when it was first brought in by an RSPCA inspector last July.

The RSPCA said: “Under the care of reptile rescue staff and an ‘exotics’ vet, the bosc monitor has gradually lost much of this extra weight and is now approximately half the size it was when it first arrived.

“The monitor, native to Africa, also has scar tissue along its back, suggesting that it was previously exposed to an unguarded heat lamp in its vivarium.

“A second monitor at the centre was kept in a tiny home just 18 inches long. The monitor is around twice that size and would not have even had space to turn round.”

Speaking from the centre, Phil Hamilton, RSPCA field officer for exotic animals, said: “Sadly we do see these animals housed in inappropriate vivariums. Boscs are tiny when you first buy them but they grow and grow and eventually people find they just can’t cope.

“They also need a varied diet with plenty of insects as this allows them to move around and capture their food, rather than relying on a total meat diet which I suspect is what has happened here. 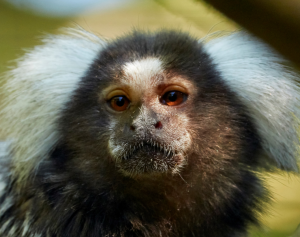 “One of the most commonly seen exotic animals coming into RSPCA care is the corn snake which are usually found stray and we assume are escaped pets. Snakes are real escape artists and will use any opportunity such as a gap in their vivarium lid or enclosure door.

“All RSPCA officers are trained in these animals but we also have nine specialist exotics officers around the country – the fact these are needed shows the extent of the problem.

“We would urge people to look at our care sheets for some of the commonly kept exotic pets on the RSPCA website and really do their research before thinking about getting any pet. Also consider that these animals can live for a really long time and you have a responsibility to that animal for its entire lifespan.”

Stephanie Jayson, the RSPCA’s senior scientific officer in exotics and a qualified exotics vet, said: “The range of animals at Patcham shows the scope of the RSPCA’s work – it’s clearly popular to house these pets in your home but the reality of caring long term for an exotic animal is not as straightforward as people think.”

RSPCA inspector Tony Woodley said: “Although their numbers are small compared to more common pets, we have real concerns about the welfare of reptiles and other exotic animals kept as pets in this country.

“Reptiles and other exotic pets are completely reliant on their owners to meet their welfare needs including requiring the correct levels of heat, light and humidity, plus an appropriate diet. Some species can grow very large, live for a long time or require a licence or paperwork to be legally kept or sold. Many of the animals we’re called to help are found stray outside, where they can very quickly suffer in the cold.

“These animals are commonly found for sale in pet shops and are advertised online. In the past, animals have often been handed over to buyers with little or no information about how to care for them properly, although new regulations in England should improve this.

“In some cases, we believe owners take them on simply because they believe they will be easier to care for than other pets but it is essential that people research what is required in the care of their pet, including food, equipment, environment and vet care, before taking one on. 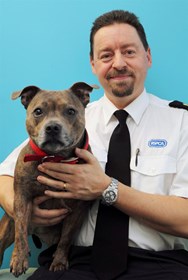 “We would also urge them to ask for help if they’re struggling to meet their needs. We believe that people may buy them with little idea of how difficult they can be to keep and the animals are sometimes neglected when the novelty wears off and the commitment hits home.

“This is why we would encourage anyone thinking of getting an exotic pet to find out as much as possible about the animal’s needs and whether they’re the right pet for them.”

The charity received more than 16,500 calls from across Sussex in 2018 reporting cruelty, neglect, injury and suffering relating to all animals.

For information about exotic animals looking for a home at the RSPCA, visit www.rspca.org.uk/findapet.

To learn more about how to care for exotic animals, the RSPCA publishes care sheets for some of the more commonly kept exotic pets.