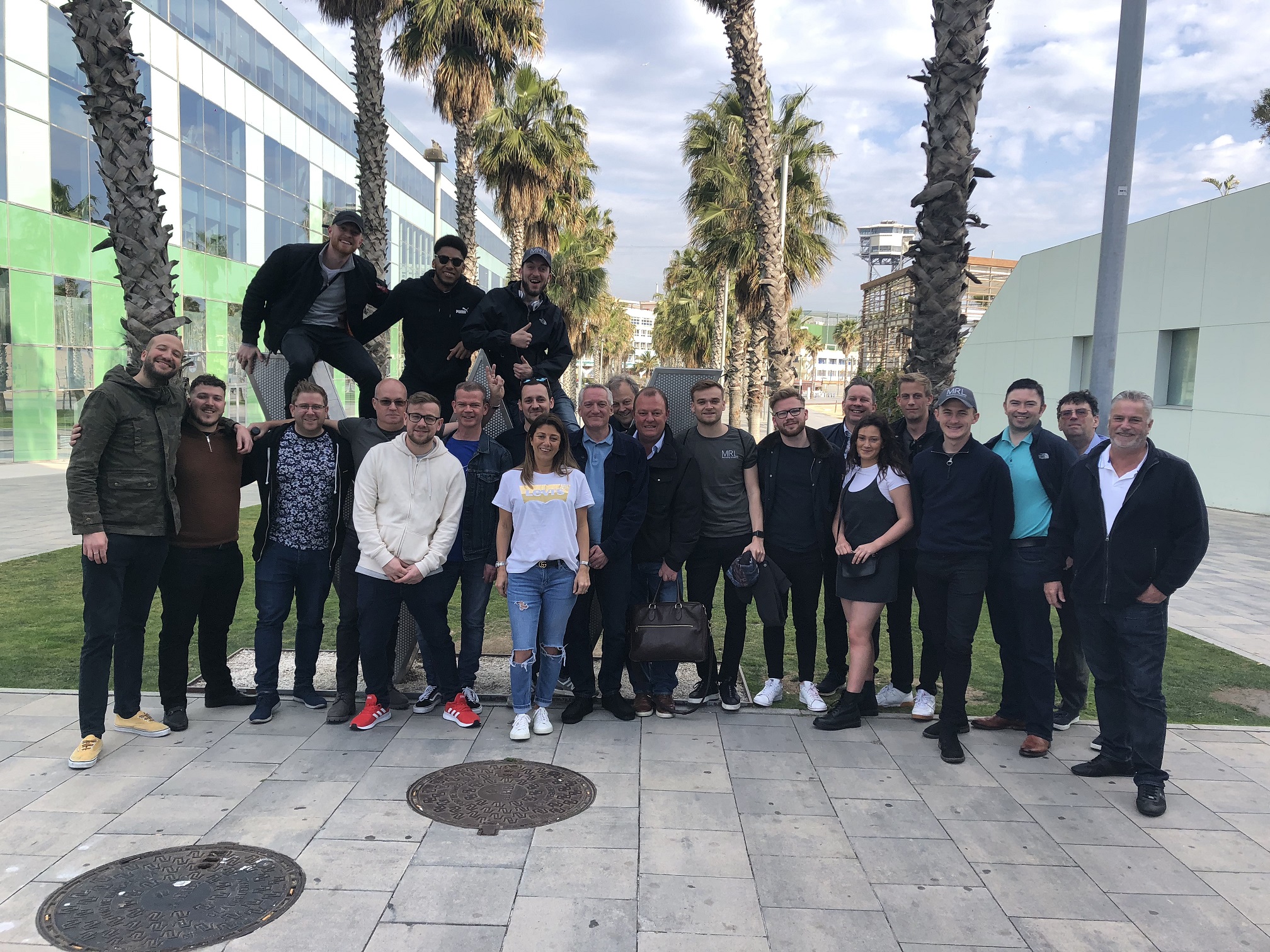 The MRL team at a recent work trip to Barcelona

A Hove company has announced it is to trial a four-day working week in a bid to improve its employees’ work life balance – and attract and retain the best staff.

From mid May, they will only work from Monday to Thursday – but still receive the same salaries and benefits.

The business, founded here in 1997, also has offices in France and Germany, which will also both change to a four day week next month.

Speaking at the company’s AGM at the W Hotel in Barcelona last week, Mr Stone said: “We have a clear desire to enlarge our team of world class consultants, and to attract and retain the best people we need to be a world class employer.

“There are some incredible people that work for MRL, and I want us to give back to them – to make their lives better, easier and more fulfilling. We have the training in place, excellent packages and limitless career opportunities, but this is about wellness and minimising the things which can cause stress, anxiety and depression.

“I want to give the staff more time to relax, get the life admin done, do whatever it is they need to do when they’re not in the office. I want them to have real work-life balance.

“When people retire, I want them to look back and say MRL was the best place they ever worked.”

MRL is thought to be the first international recruitment business with offices in the UK, France and Germany to offer a four day working week, where staff actually work fewer hours for the same salary and benefits.

As a result of the change, employees will receive an extra 47 fully paid days off per year.

David added: “Workers in the UK face some of the longest hours in Europe, but productivity levels are among the lowest. Studies show that cutting the working hours encourages the team to be more efficient, and to use the time they’ve gained back more effectively.

“Other firms that have implemented a four-day policy have actually seen productivity gains, and not just stood still.”

The business is currently hiring consultants.