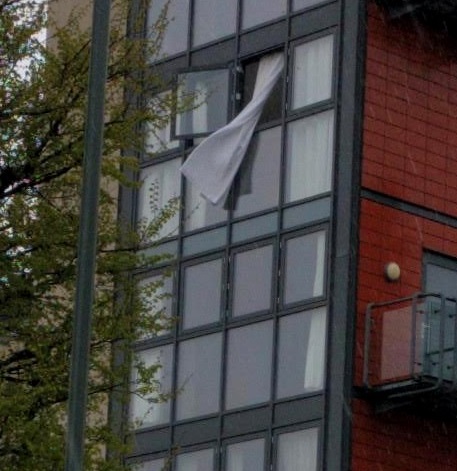 A window smashed onto the pavement this morning after apparently coming loose from a fifth floor flat off Church Road in Hove.

Curtains were seen billowing out of the empty window after the glass and frame plummeted below shortly before 8am.

Passer by Dave Hamilton, who took this picture, said: “A window fell from the fifth floor of the flats in Connaught Road Hove this morning.

“My wife and I were walking past the flats a bit after 8am. There was broken glass and a mangled grey metal window frame on the pavement.

“A resident said the incident happened about 10 minutes earlier. There was some wind at the time but not so much that an umbrella could not be used with ease.

“It should not be possible for a window to be blown off its hinges in that sort of weather unless there was some severe problem with the window itself.” 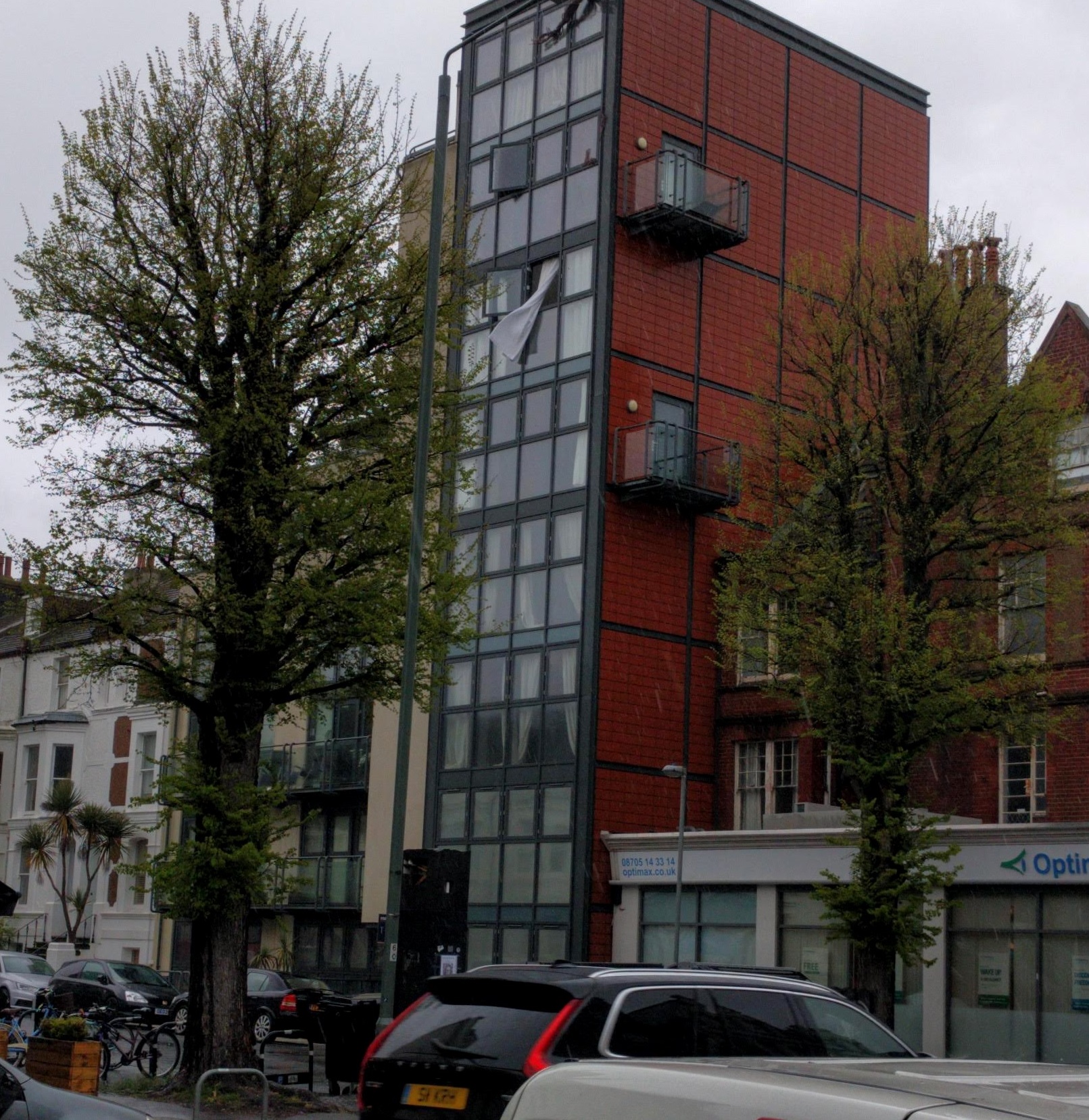 Mr Hamilton said building control had attended the scene. A Brighton and Hove City Council spokesman said: “we are relieved that nobody was injured by this incident.

“A member of our building control team has visited the premises to look at whether the building as a whole may be dangerous. He was satisfied that the building is not dangerous.

“However, he also spoke to the managing agents of the building about the incident and was assured that appropriate action would be taken.”