Jewish cinema-goers shouted at by protesters of Israeli film festival 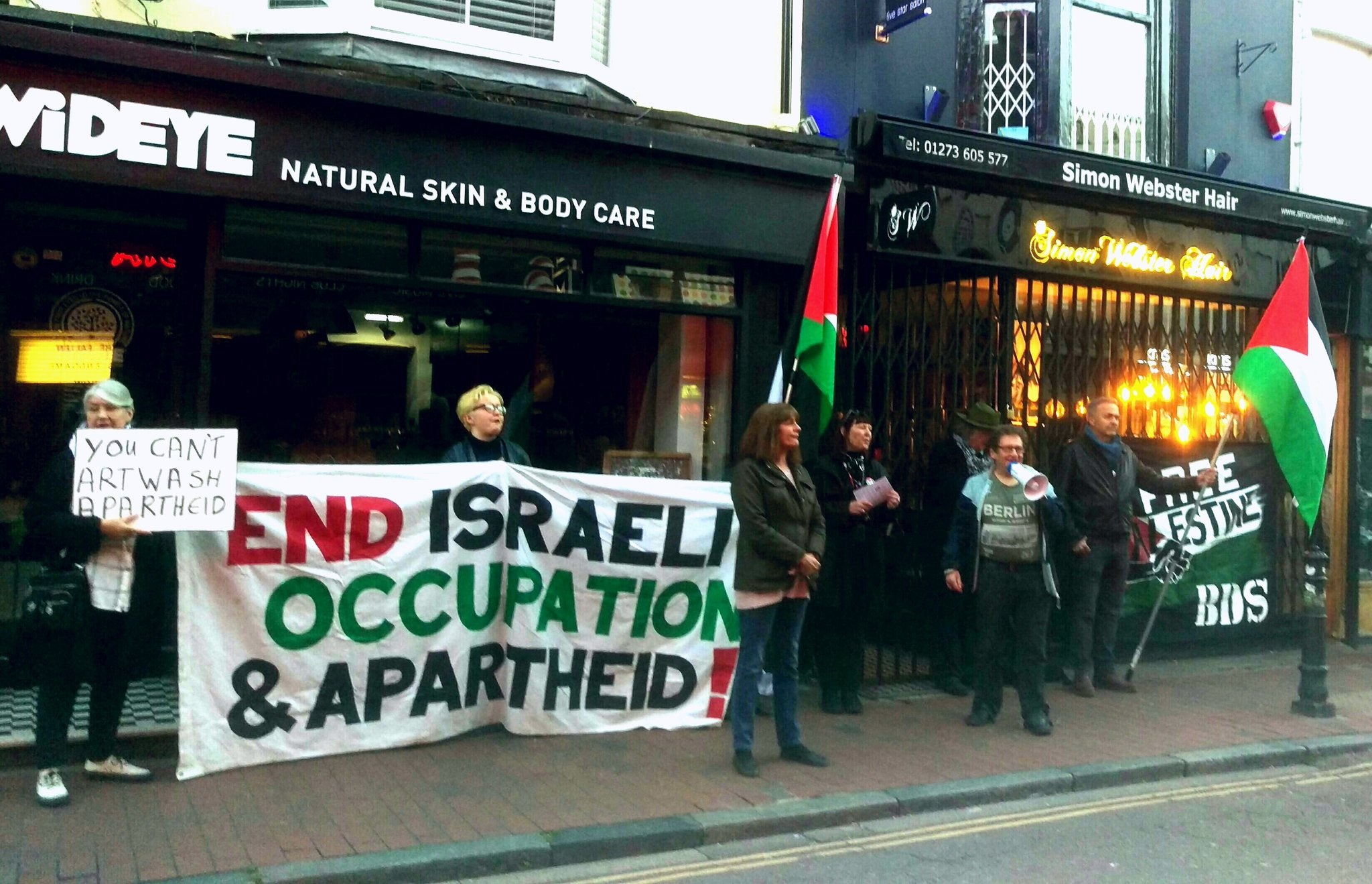 About a dozen protesters waved banners and used a megaphone in a bid to stop people going to see a film screened as part of an Israeli film festival at Komedia on Sunday.

The protest, organised by the Palestinian Solidarity Campaign (PSC) against the screening of Tel Aviv on Fire by Palestinian director Sameh Zoabi, was sparked by the fact the Seret festival is sponsored by the Israeli government, which they say is “art-washing” its actions.

Holding the megaphone was Tony Greenstein, who was expelled from Labour for harassing fellow members, using language outlawed by the party as part of its review into anti-Semitism.

Mr Greenstein is currently embroiled in a legal fight with the Campaign Against Anti-Semitism after losing the first stage of a libel claim for defamation after they repeatedly described him as a “notorious anti-Semite”.

He has been refused leave to appeal the ruling that the statement is an opinion, and is now crowdfunding to continue the court action.

Labour’s candidate for Preston Park Denise Friend, who lost to the Greens in this month’s elections, was handing out leaflets.

Fiona Sharpe, speaking on behalf of the Sussex Jewish Representative Council, said: “Once again on the streets of Brighton we have experienced hate and bigotry.

“Everyone is entitled to their own views but to scream and shout at a mainly elderly Jewish community, holding them responsible for the actions of another sovereign nation, is purely intimidation and harassment.

“Why these people feel it is okay to abuse people going to see a film, which was written and directed by a Palestinian with a mainly Palestinian cast, is beyond me.

“It was particularly disturbing to see that one of the loudest, most aggressive protesters had only two weeks ago been standing as a Labour candidate for our council.

“We thank the police for once again protecting our community but are very concerned that this is necessary. We are unaware of any other minority community in Brighton that needs police protection when going to see a film.”

Last year, a screening of another Seret festival film at Dukes @ Komedia was interrupted by protesters who were ejected from the cinema and further Seret screenings cancelled.

This was the only public Seret screening in Brighton this year, with another one shown at a private address in Hove on May 8.

The PSC said the festival is a “cynical exercise in using cinema to try to rehabilitate Israel’s reputation in the UK”.

It said: “Palestinian civil society have called on us to protest, due to the festival’s heavy sponsorship by the Israeli government and its clear purpose as an attempt at normalisation.

“The film being screened at Duke’s @ Komedia may be a fantastic film. That’s not the point.

“The point is that the Seret Festival is being financed, and used, by the Israeli government to ‘art-wash’ Israel’s appalling human rights record, and its long history of flagrant violations of UN resolutions and international law.”

A police spokesman said: “Police were made aware of a protest to take place at Dukes at Komedia Picture House in Upper Gardner Street, Brighton, on Sunday evening (May 12).

“Around 10-15 protesters attended shortly before 8pm, but there were no offences and no arrests.”