New ‘Pop Princess’ in the making 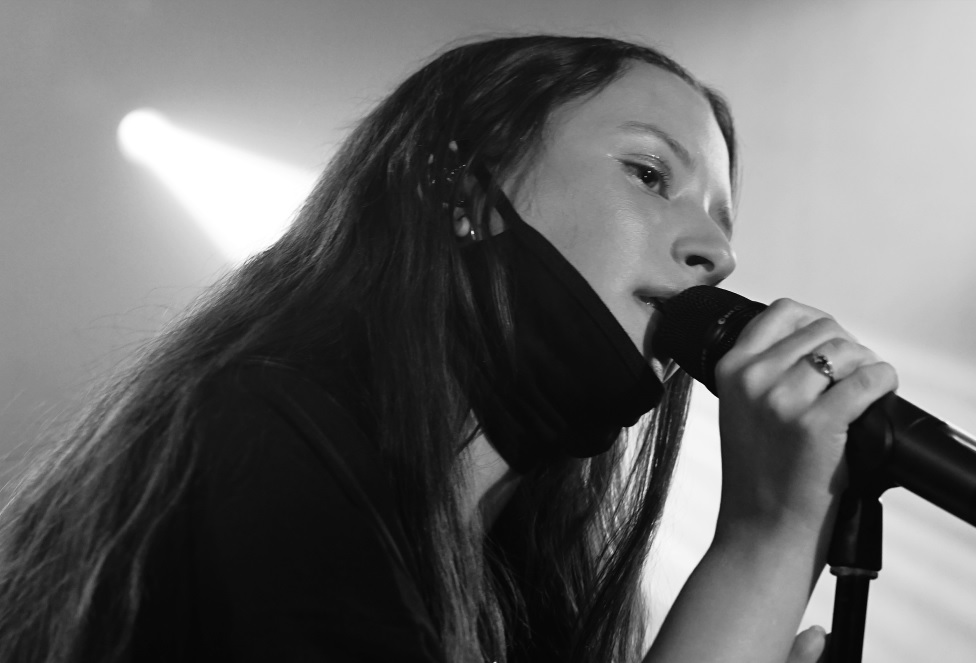 Exactly one year ago, saw the UK singles chart debut by the then 16-year old Ibiza born Au/Ra (born Jamie Lou Stenzel) whose dance anthem ‘Panic Room’ was one of the banging choonz of the summer. 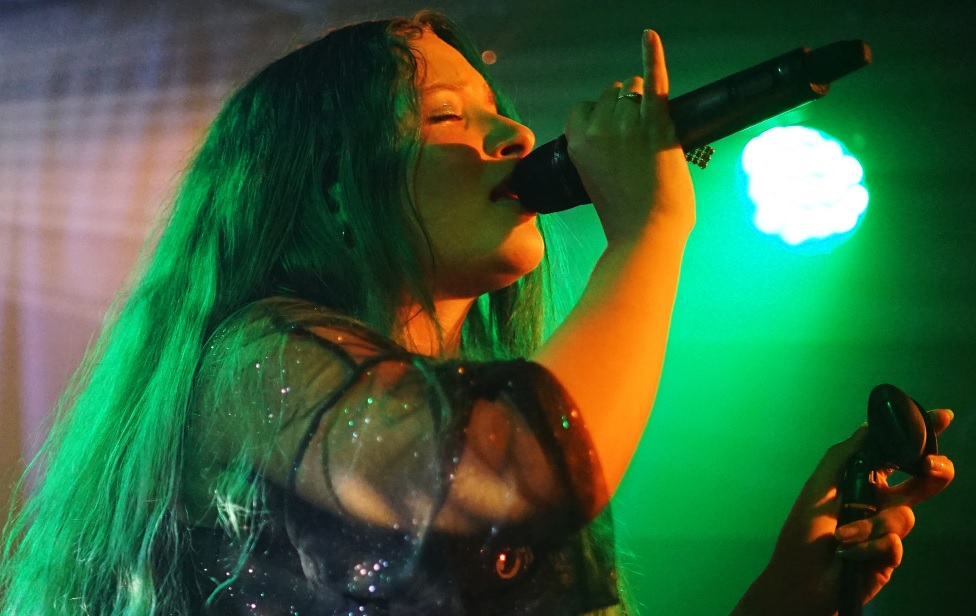 It was superbly remixed with the assistance of CamelPhat who are British DJ and production duo, consisting of Dave Whelan and Mike Di Scala and the tune peaked at number 30 whilst spending an impressive 18 weeks in the charts and gathering an amazing 40 million streams in the process and landed it on many radio playlists across the UK including Capital and Kiss. I can remember hearing it on the radio as it was due to come out and believing that Sophie Ellis-Bextor had seriously hit form again, but it wasn’t her! Check out the remix vid HERE.

Then along came ‘Concrete Jungle’ which has had over 32 million streams, and received critical acclaim from the likes of The Line Of Best Fit, Wonderland, NME, PopJustice and many more. The video of which is a cartographers nightmare – see why HERE. Au/Ra has now unveiled the video for her latest single ‘Assassin’ which exploring the challenges of living with self-destructive urges. 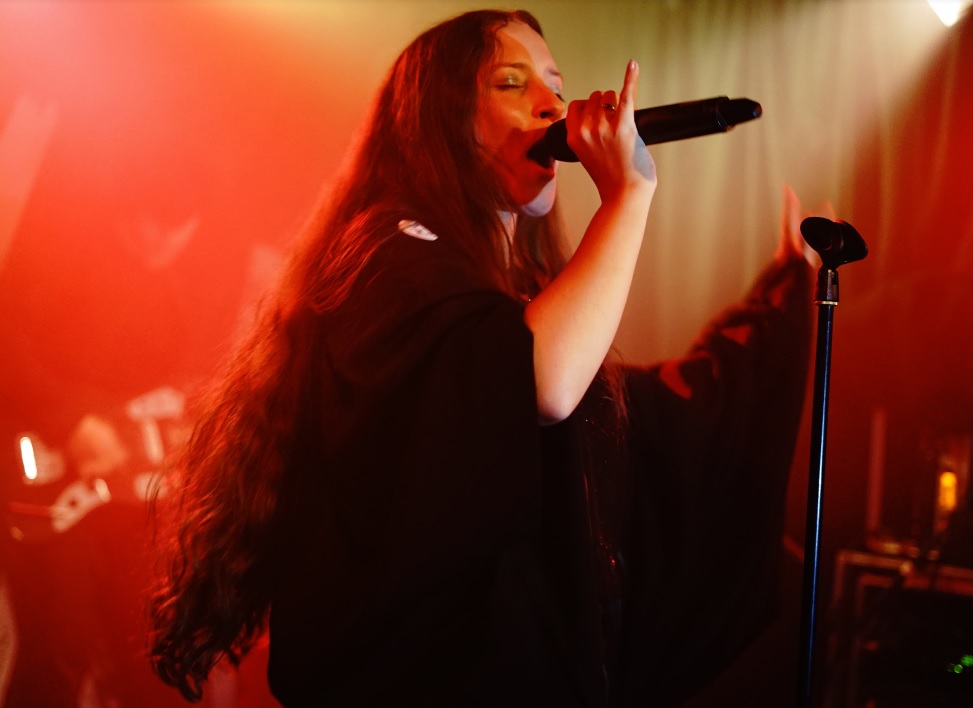 In most of Au/Ra’s deeply visual, evocative lyrics is a sense of escapism, influenced by her fandom of anime and fantasy. Growing up devouring Studio Ghibli films, she’s always loved to disappear into the soft-edged, uncanny world of Miyazaki animations, and uses similar designs to flesh out the visual world of her music. I suspect that her stage name hails from The Au Ra (pronounced OW-rah) race from Final Fantasy XIV game.

‘I see my music in my head as anime,’ she says. ‘The world of those movies, they’re so different, and the characters have so many random traits that make them weird in a unique way.’

With her lovingly made outsider-pop, Au/Ra is providing a similar kind of space in her song writing: one where misfits feel at home and where the listener gets to peer for a minute through the lens of an artist who has simultaneously grown up outside the system but who speaks with the zeitgeist of her generation.

She is currently embarking on her first ever UK and European tour, including a stop tonight at the Komedia Studio Bar. This is pretty exclusive stuff as Brighton is just one of three UK dates on the tour, so clearly The Komedia has that certain Au/Ra about it! The others being Southampton and Islington, London, before heading off to Pinkpop Festival, Landgraaf, then Paris and finally Berlin. So the Brighton & Hove News music team certainly didn’t pass up on this offer! 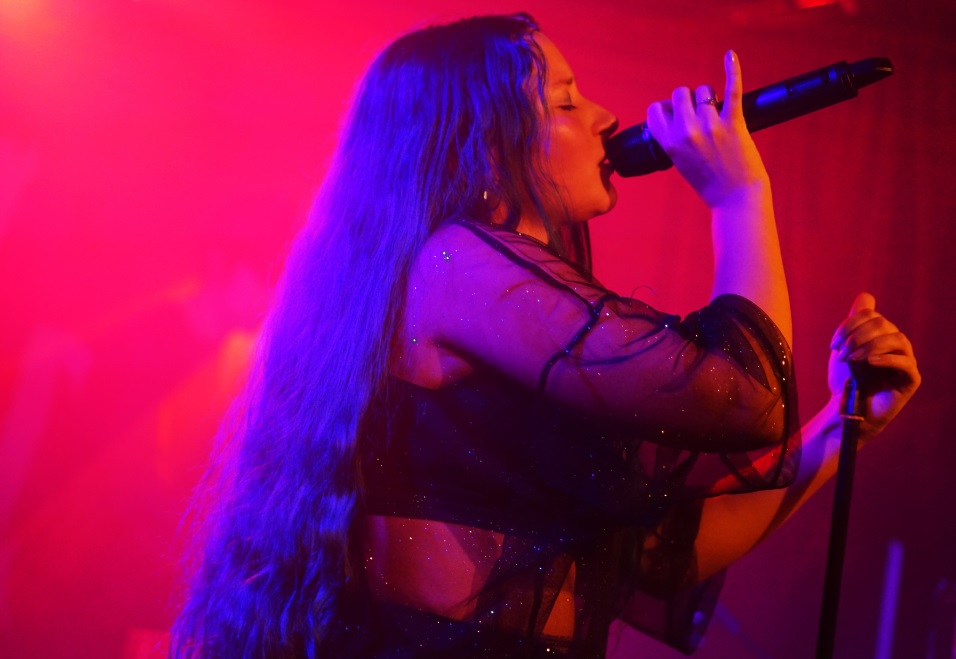 Au/Ra opened up her tour in Brighton with a 14 song set with the aforementioned new single ‘Assassin’, which saw the long green haired 17-year old sporting an anime style Michael Jackson mouth mask and was accompanied by Luke and Ali on keys, drum pads and guitar. 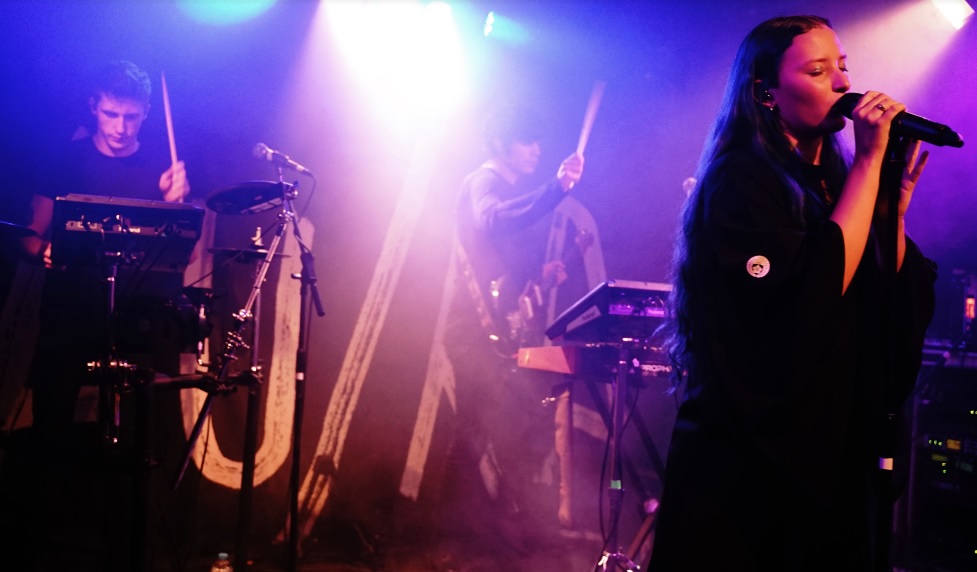 Although last year I had believed Au/Ra to be Sophie Ellis-Bextor, however live it’s clearly also an infusion of Anna Of The North meets Dua Lipa meets Lana Del Rey, although Au/Ra’s unreleased funky numbers ‘Don’t Put Ideas In My Head’ (which is abbreviated to ‘Ideas’) and meaty drum pad track ‘Junk Food’ could also easily fall into SE-B territory.

Au/Ra informed us that she used to play Fortnite and wanted to find Drake on PlayStation. Unfortunately he didn’t add her, so she wrote the song ‘Drake’ instead.
She also informed us that she grew up on a small island in the Caribbean but thinks Brighton is a seriously cool place! I asked her well known German born father Torsten Stenzel who was present and he informed me that it was Antigua.

Au/Ra’s songwriting explores the challenges of being a teenager in 2019, by writing music that touches on the issues today’s younger generation face on a daily basis. Tunes such as ‘Emoji’ which she performed at the Komedia, which tells the story of struggles with communication in today’s emoji-centric, online world. ‘Darkside’ also got an airing. This was her 2018 collaboration with Norwegian DJ Alan Walker and Tomine Harket. 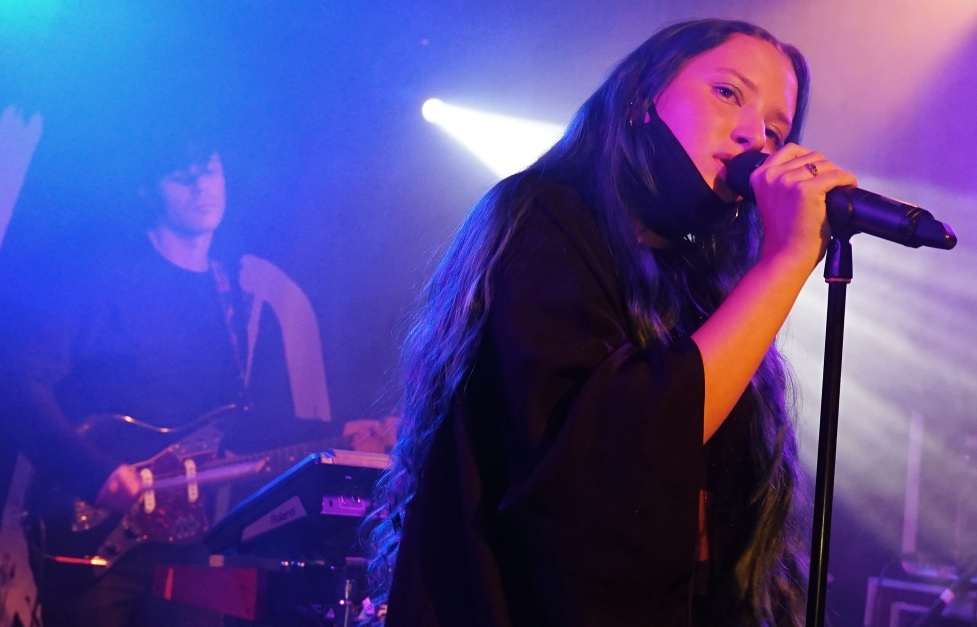 She closed her set with that ‘Panic Room’ choooooooooon, followed by ‘Concrete Jungle’ has decent chugging synth beat as featured on the ‘Empire 1 Remix’.

Au/Ra’s sound is surprisingly polished for one so young, however she could already easily fill an album of all killers and no fillers! Sadly, no set date for her debut album as yet. 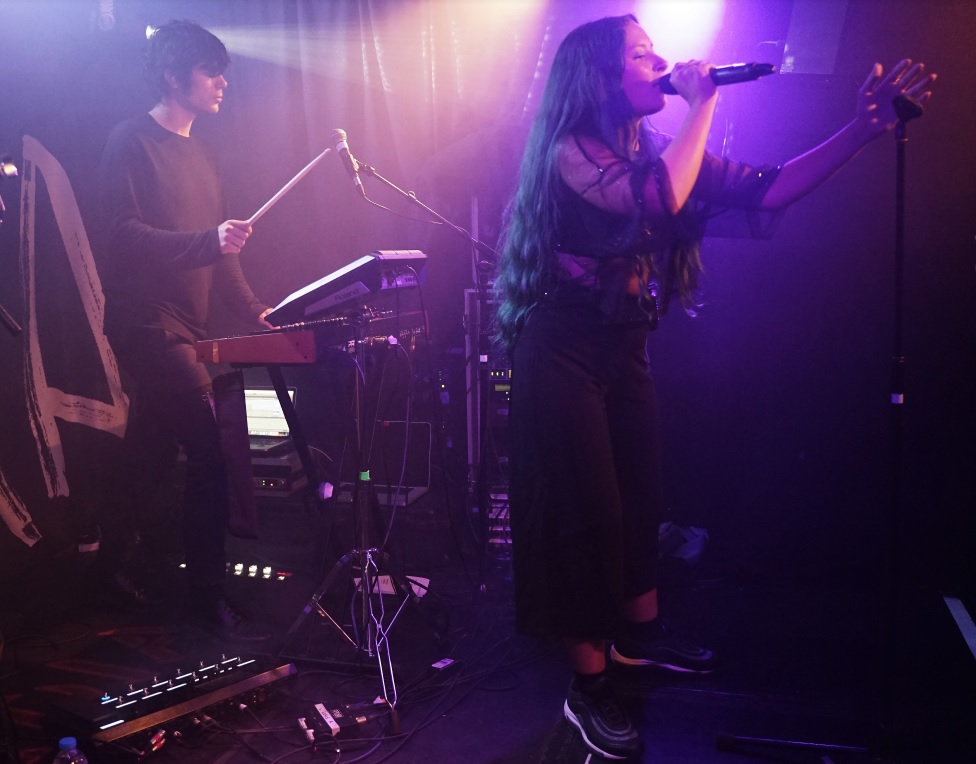 Au/Ra posted “FIRST SHOW OF THE TOUR DONE! BRIGHTON yesterday was genuinely so so much fun. thank u for coming out to see me. Still can’t believe this is all happening. Pretty cool.” 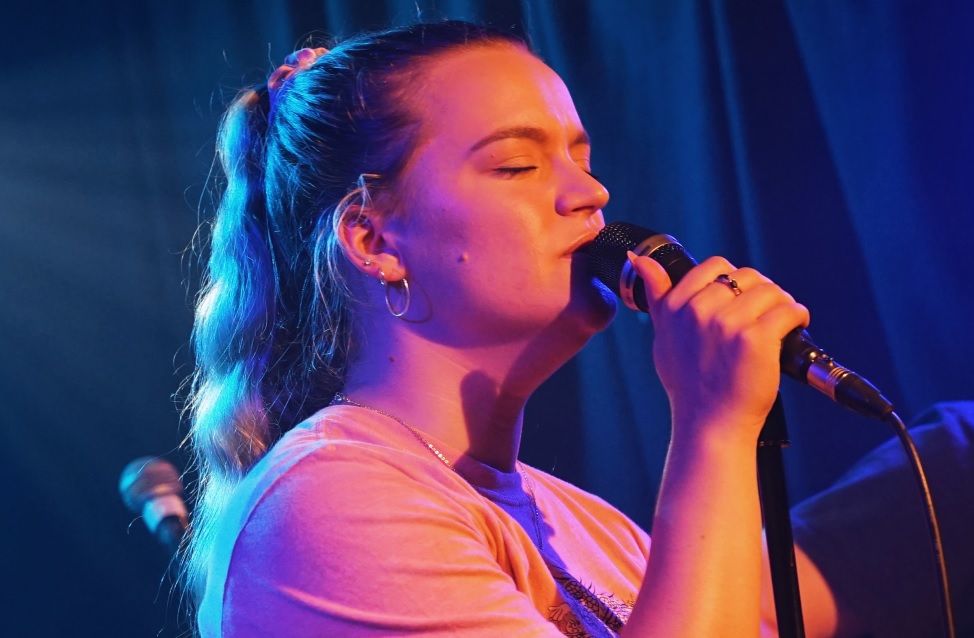 Support this evening came from Charlotte who is a 21 year old who originally hails from Hull, but has been working between London and Los Angeles. She has been writing for herself and a range of other projects, but tonight it’s her our work that is unveiled with the assistance of her friend Joe on guitar. 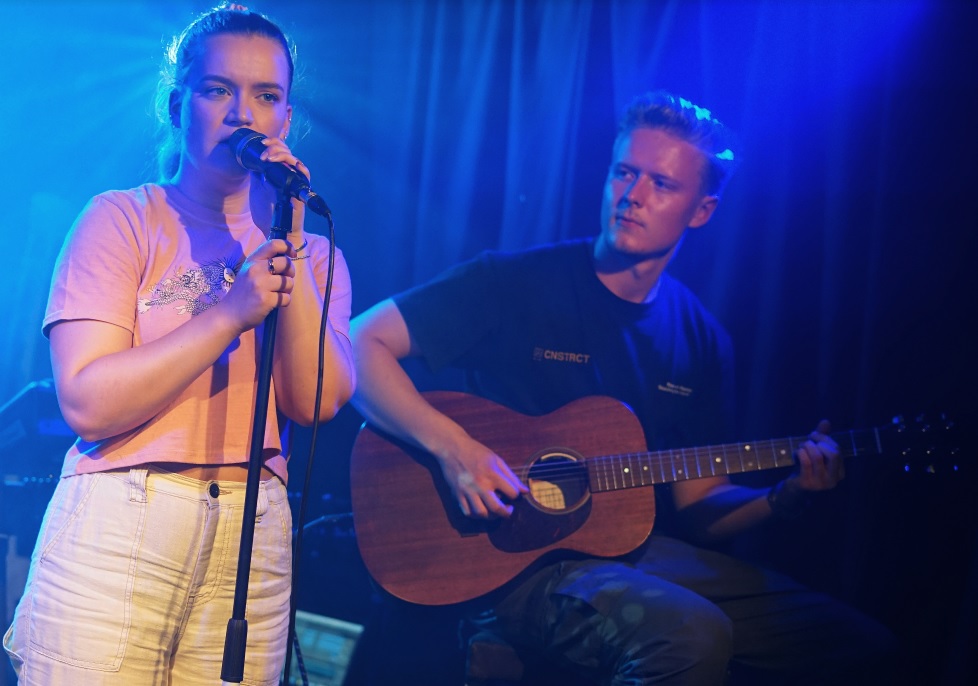 They performed seven tunes for us, six being original compositions, with the other being a cover of the 2016 single ‘Redbone’ by Childish Gambino aka mcDJ who is 35 year old Donald McKinley Glover Jr. He’s an American actor, comedian, writer, producer, director, musician, and DJ – clearly a man of many talents.

Charlotte sang her heart out a la X Factor stylee and played keyboards on some tracks whilst Joe accompanied her on acoustic guitar. She performed her debut release ‘I Tell Lies’, which came out 22nd February this year, as well as brand newbies ‘Nervous’ (out Wednesday 5th June) and ‘Somebody To Hold’ (out Friday 7th June). 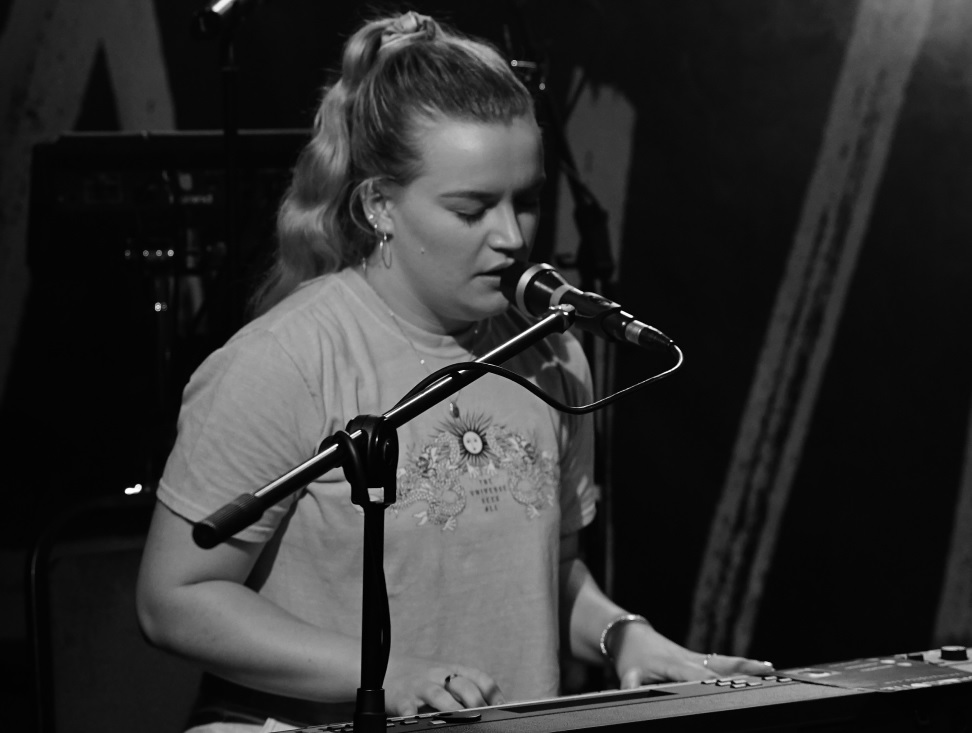 Sadly I’m not sure Charlotte is a fan of Brighton’s topography as she has posted “Brighton you are one hilly bastard. Walking is not easy here”. But I suppose if you hail from a relatively plain city that is generally very flat and is only 2 to 4 metres (6.5 to 13 ft) above sea level, then your young legs might be feeling it a bit. 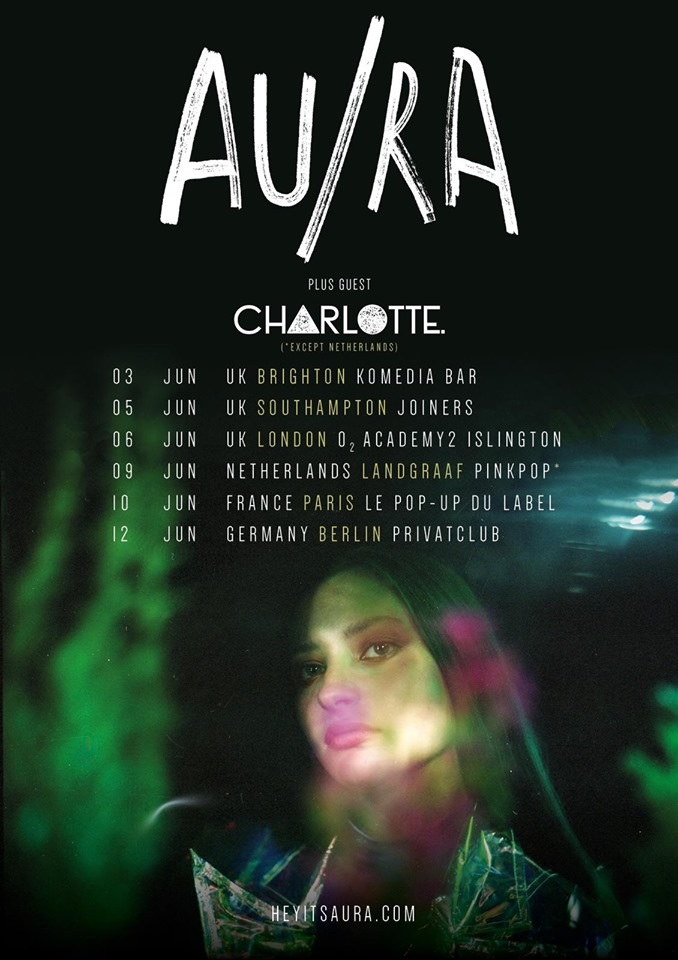 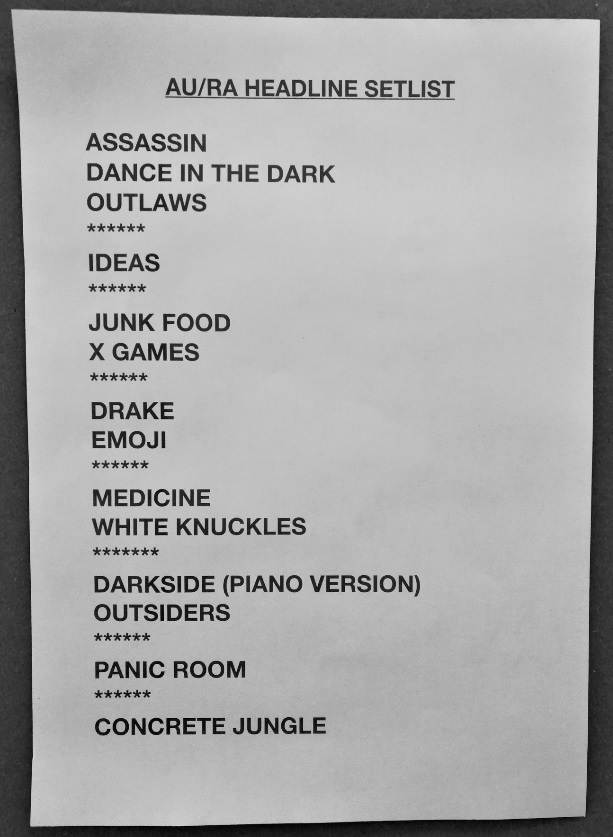