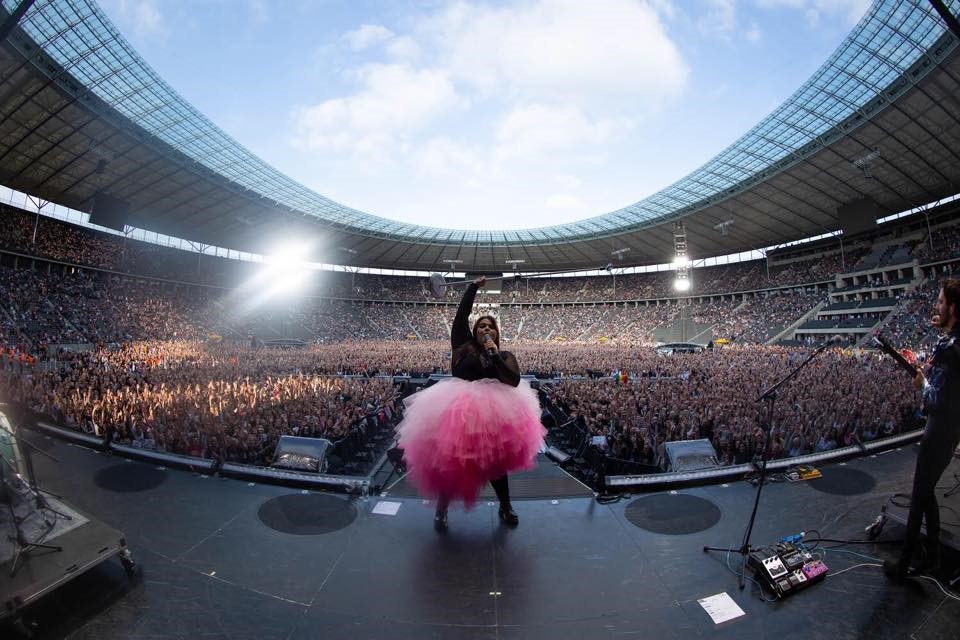 Tickets have gone on sale today (Wednesday 24th July) for the brand new ‘This Feeling’ 2019 8-date UK ‘Alive Tour’. Thankfully once again for the third year Brighton is included on the list with an action-packed gig set to take place on Saturday 5th October at the Hope & Ruin located in Queens Road. Last year the tour arrived in Brighton on 27th November at the Green Door Store and the year before that they set up camp at Patterns on 15th October.

Name-making indie club night and New Music messiah ‘This Feeling’ has announced its third consecutive ‘Alive Tour’ in association with Scott’s and Red Stripe, putting four of the UK’s best new guitar bands on one exhilarating stage. This year’s exhibit of young rock ’n’ roll talent will showcase bands Sugarthief, Hourglvss, The Kicklips and The Estevans in a multi-venue, cross-country tour that will celebrate the grassroots scenes in each city it visits.

As always, ‘This Feeling’ is all about the discovery, and keeping the guitar and rock scene alive. The four bands on this year’s bill have been chosen for their budding brilliance and promise, and the ‘Alive’ tour is your chance to be at the front by the barrier for indie’s next big thing – in their earliest days! To prove the point, stars of the first Alive tour Bang Bang Romeo are now touring stadiums with Pink.

This year’s showcase will put Birmingham’s Sugarthief, who make infectious dreamy tunes that stand up to the likability of their Brummy forebears (The Twang, Peace, Swim Deep) on the same stage as the Libs and Strokes inspired The Estevans, Brighton’s electro-infused vintage-trip Hourglvss, and rock ’n’ rollers The Kicklips who offer up a thrilling mix of the 60’s and Britpop eras. As always, expect raucous performances, good vibes, and the excitement of getting to a packed grassroots venue and discovering something brilliant before the rest of the world.

Having previously spotted and helped to launch indie headline stalwarts Catfish and the Bottlemen and Blossoms, ‘This Feeling’ is a club night and platform that continues to work to help guitar bands launch their careers, and music fans to be there from a new band’s very beginning. The initiative and good-time-guys make sure that regional bands widen their influence by inviting them to play elsewhere in the country, and on ‘This Feeling’ stages, which are seen at festivals such as the Isle of Wight, The Great Escape, Y Not, Tramlines and more.

All about the community, the music, the zone and the safeguarding of grassroots venues and scenes, ‘This Feeling’ stages, club nights, and ethos are geared towards a feeling of welcoming and exhilarating discovery. In October’s ‘Alive’ tour, all of these things will come together for a great night out. 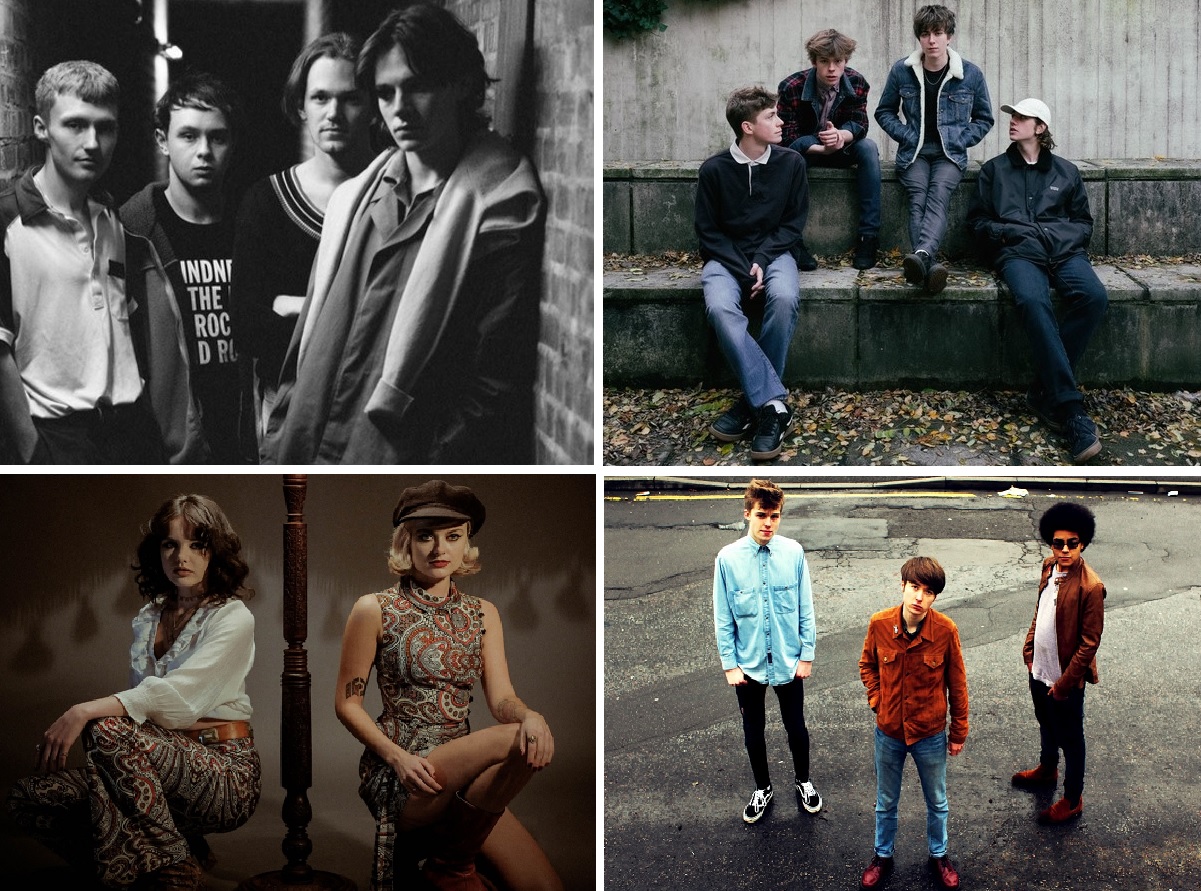 Ahead of the eight date tour, let’s get to know the four headlining bands and their latest releases a little better below:

Sugarthief
“When you first start out as a band, you realise how difficult it can be to play decent gigs outside of your local area, ‘This Feeling’ have given us a bunch of great opportunities to do just that, including some pretty wild weekends at festivals…when we get to Birmingham we’ll have to show the other bands a big old Brum night out!”

Sugarthief released their EP ‘I Before E’ in March 2019.
Watch their ‘Modern Man’ video HERE.

The Estevans
“‘This Feeling’ have been crucial to our band over the past year; the exposure, the opportunities and all the Red Stripes have given us as well as countless other bands a platform and a chance to make something of themselves; we can’t thank them enough. To be picked for the ‘Alive Tour’ this year is pretty humbling as there are so many fucking great bands on This Feeling!”

Hourglvss
“This Feeling have been a source of us finding out about new music over the years, it’s amazing to now be a part of this tour!”

Hourglvss released their debut single ‘Johnny’ this summer. Watch their video for it HERE.

The Kicklips
“The ‘Alive Tour’ is an insane opportunity for us. The support from ‘This Feeling’ is and always has been fantastic – it’s like a family, and we’re honoured to be a part of it.”

Watch their video for ‘Make You Mine’ HERE.

‘Alive’ will visit the following venues:

We reviewed the first ‘This Feeling Alive’ tour back in 2017, when they put on 4 decent acts at Patterns – read our review HERE.

‘This Feeling’ certainly have many fans out there. Here’s what just three of them say:

“This Feeling offer one of the few consistent platforms for up and coming bands. If you’re going to see the emergence of a new great band you’ll see them at This Feeling first. Come the revolution they will be crowned Kings. Long live This Feeling.” Carl Barat

Advance tickets will be £8 for London’s Thousand Island venue, and £6 elsewhere on the tour, available from thisfeeling.co.uk and metropolismusic.com 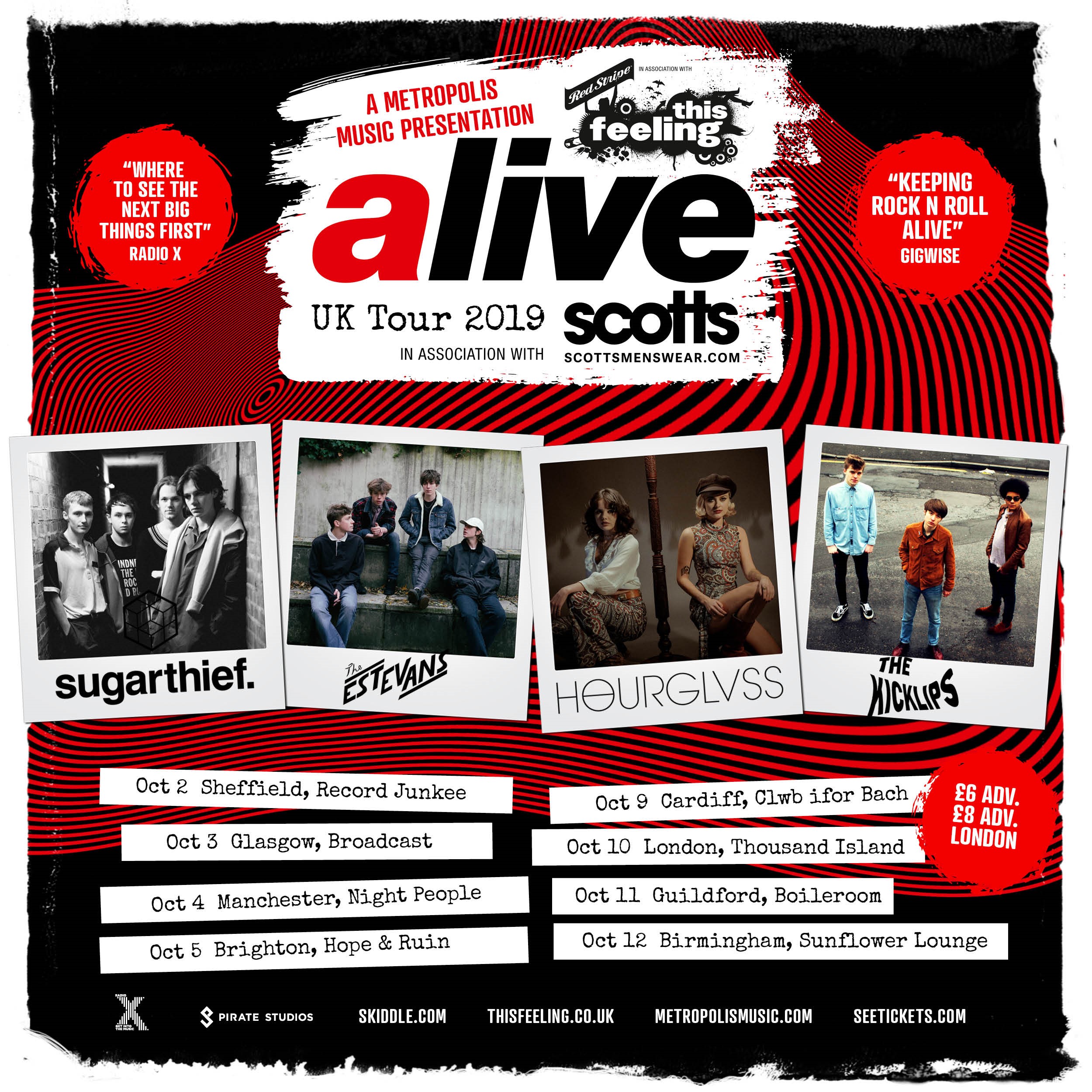 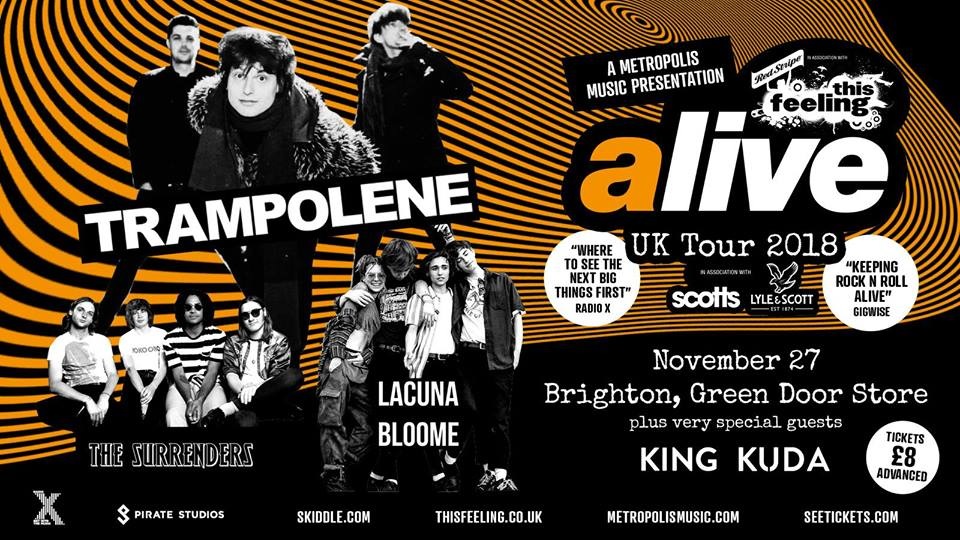 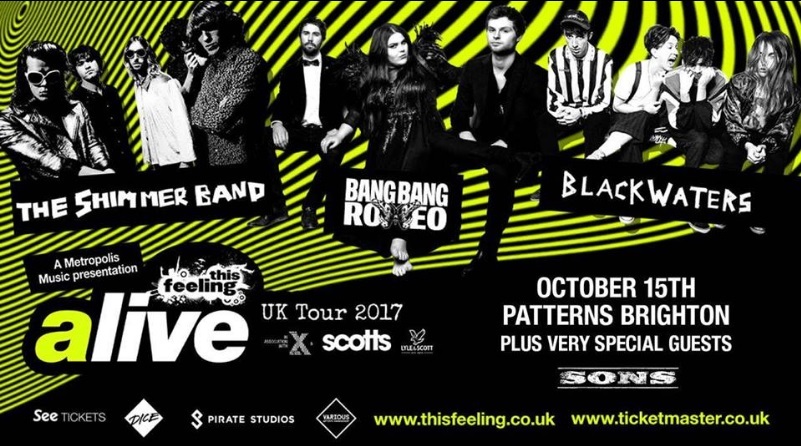