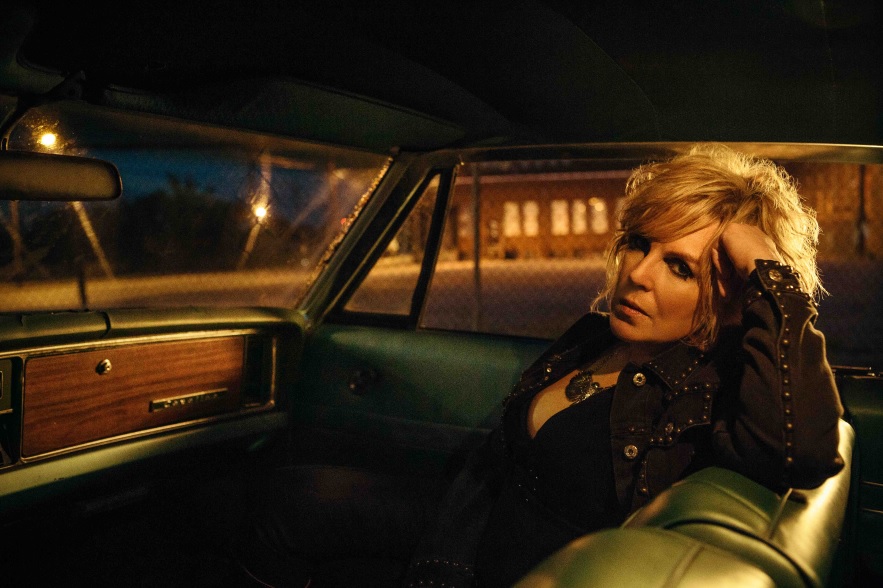 Singer-songwriter Lucinda Williams is celebrating last year’s 20th anniversary of her seminal album, ‘Car Wheels On A Gravel Road’, a blend of roots, blues, rock, and folk, an album which signalled the birth of the genre which has come to be known as ‘Americana’. Steve Earle and Ray Kennedy had been responsible for the production of the album, Earle encouraging her to let rip with the grungy, bluesy guitar sound. Her work, though initially not commercially successful, became cult listening and, at the same time, garnered much respect from her peers and fans.

Last night she came to the Brighton Dome to celebrate with her excellent backing band, Buick 6, who are David Sutton on bass guitar, Stuart Mathis on lead guitar and Butch Martin on drums.

The auditorium was very quiet, full of well-behaved and respectful music lovers, Lucinda Williams music lovers: mostly those who had enjoyed her music from the start, or those, like me, who had jumped on her tour bus along the way. Grammy award winner Williams, revisited the songs from her innovative album, and her strong vocals, at 66 years old, were rougher but richer for all her life experience. She fronted a huge screen showing home movies from previous decades which illustrated her song inspirations and complimented her performance well.

Williams started the night with ‘Right In Time’, swiftly followed by the title track ‘Car Wheels On A Gravel Road’, a song which brought memories to Williams of her father, listening to her singing at the famous Bluebird Café in Nashville and expressing his regret for some of the experiences she had had as a child. It was touching to hear Williams’ stories and memories associated with her songwriting and added an extra dimension when listening to every song. ‘Drunken Angel’ was written about Blaze Foley, ‘Concrete And Barbed Wire’ drew inspiration from the Berlin Wall coming down and ‘Lake Charles’ was written about an old boyfriend, Clyde Joseph Woodward III, who always like to pretend that he came from Lake Charles and was a smart, funny party animal who cooked a mean Jambalaya. So she continued through all the tracks on the album, reminiscing about old romances on tour busses, singing beautifully with the band of three, and holding the audience spellbound. Buick 6 comprised lead guitar, bass and drums, and added some nice harmonies and harmonica on occasion. ‘Joy’ showed off both guitarists’ skills to perfection.

Following a short break, Williams emerged solo and gave us ‘Ghosts Of Highway 20’ which had been inspired by a year living between Mexico City and Houston and she thought of it as ‘Gravel Road 2’. The band returned for ‘Pineola’ and ‘Change The Locks’, and at last the audience had awoken and were showing their respect more obviously. By the time Williams returned for an encore of ‘Faith & Grace’ and ‘Righteously’, after nearly two and a half hours of a heart wrenchingly honest and moving performance, everyone was on their feet, sending Williams their love and appreciation.

Williams’ first double studio album ‘Down Where The Spirit Meets The Bone’ received overwhelming praise from the media and fans in 2014, thus proving that Williams’ song writing remains as strong and important as it has ever been. 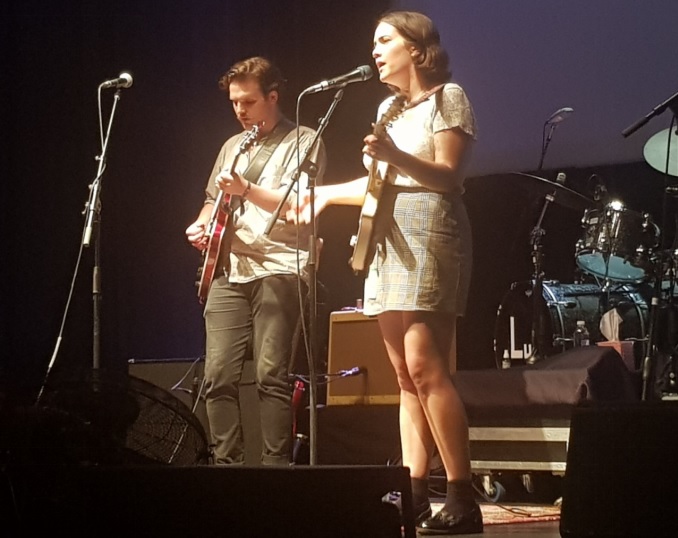 Support act:
Bess Attwell, local singer/songwriter, sang a 35 minute set of her songs, with the accompaniment of Christopher Matthewson on another electric guitar and backing vocals. She started with ‘Help You Feel It More’ a dreamlike, wistful song, followed by ‘Under That Spell’ and ‘Cobbled Streets’ (her British version of ‘Gravel Roads’, Attwell joked). The latter showcased her slightly mournful but clear voice well.
Next she sang ‘Grace’ from her recent EP ‘Big Blue’ with Chris adding nice harmonies and my personal favourite of her set. After ‘Harvested’ from the same EP, Chris left the stage and Attwell rounded off her folk influenced set with a new, yet-to-be-released track ‘What if Love is Not Enough’.

Bess is set to play her next local concert on Sunday 13th October at The Hope & Ruin. Purchase your tickets HERE.

Further information on Bess Atwell can be found HERE.