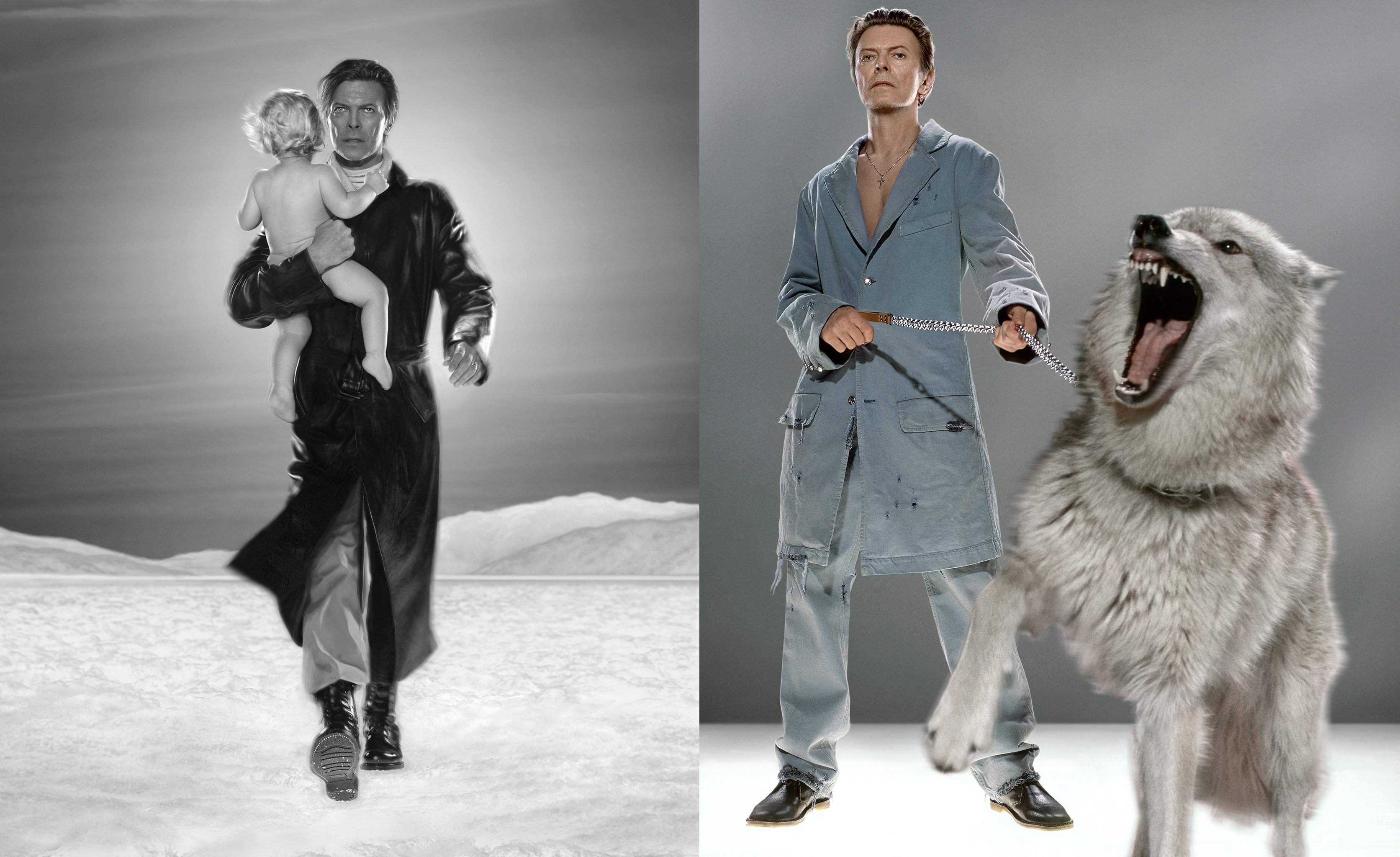 Extraordinary, never-before-seen images of the late David Bowie by award-winning photographer Markus Klinko will be unveiled on 1st October by Zebra One Gallery for his Bowie Unseen exhibition at London’s exclusive Tramp members club, where he was a regular.

The images include eerie shots of Bowie as a blind man; ﬁercely posing with a pack of wild wolves and cradling a baby and will be on sale and on view to members of the legendary London club throughout October, with a percentage of proﬁts going to Macmillan Cancer Support in honour of the music icon, whose life was tragically cut short by the disease in 2016. The images will then move to Hampstead’s Zebra One Gallery, where they will be available to view and on sale to the public until the end of November.

International fashion and celebrity photographer, Klinko was invited to shoot the Heroes legend for the cover of his 2002 album, ‘Heathen’ after Klinko impressed the singer with the cover shoot for his wife Iman’s ﬁrst book, ‘I am Iman’. 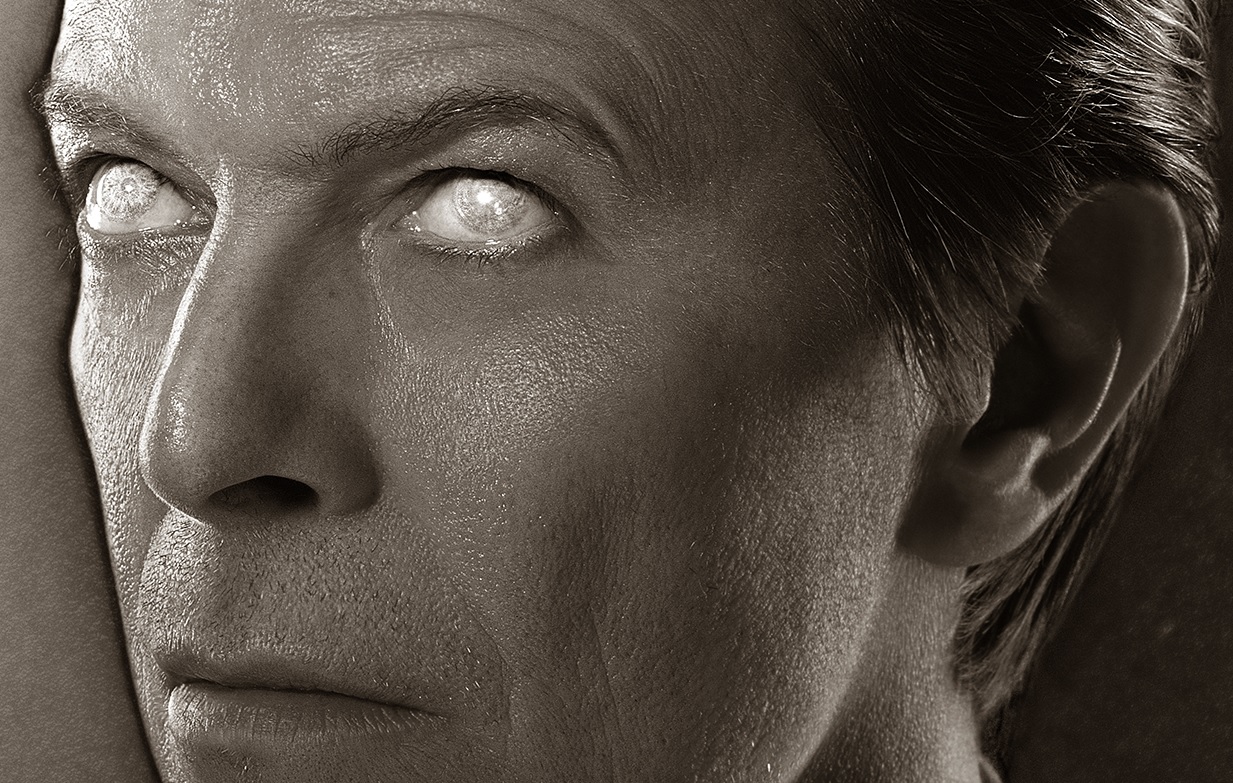 Klinko recalls: “Iman returned to the studio to take a look over the edits with me, and to my great surprise, David Bowie came along to help choose the cover. He was every bit as charismatic and extraordinary as one can imagine, but really kind and lovely to talk to. David was very involved in the selection process and had a great eye for imagery.”

It was then that Bowie invited Klinko to shoot his album cover. Tragically, the terrible events of 9/11 took place less than a mile from Klinko’s studio, so the photographer brieﬂy forgot about the prospect of shooting the star until, true to his word, Bowie phoned a few weeks later.

Klinko adds: “He is one of the very few celebrities I have worked with who personally got involved, and was extremely communicative and very hands-on.

“He asked if I could come over to a Broadway recording studio and listen to some tracks. I went over the next day and wandered around the old, understated studio to ﬁnd Bowie and his producer, Tony Visconti in one of the rooms.

“Bowie said they wanted to play some of the new songs for me before discussing the album art. The mental image of Bowie sitting by a window, smoking cigarettes while his producer played the rough mixes from the board, is a memory that I will never forget. After listening to almost the entire album together, we started talking about the shoot. He had many ideas and was very precise about them.”

And these rare images are the legacy, capturing a creative alliance between the star and photographer – Bowie Unseen is curated from some of the incredible and previously unseen images taken on that extraordinary day.

Zebra One Gallery owner Gabrielle Du Plooy added: “We’re extremely excited that Markus Klinko is ﬂying over to London, so that we can share these extraordinary images and raise funds for such an important cause.”

Tramp GM David Fleming added: “It’s particularly apt that the private view will be held at Tramp, where Bowie spent many happy evenings with his ﬁrst wife Angie and then second wife Iman, sitting in our Zodiac Restaurant and people-watching.”