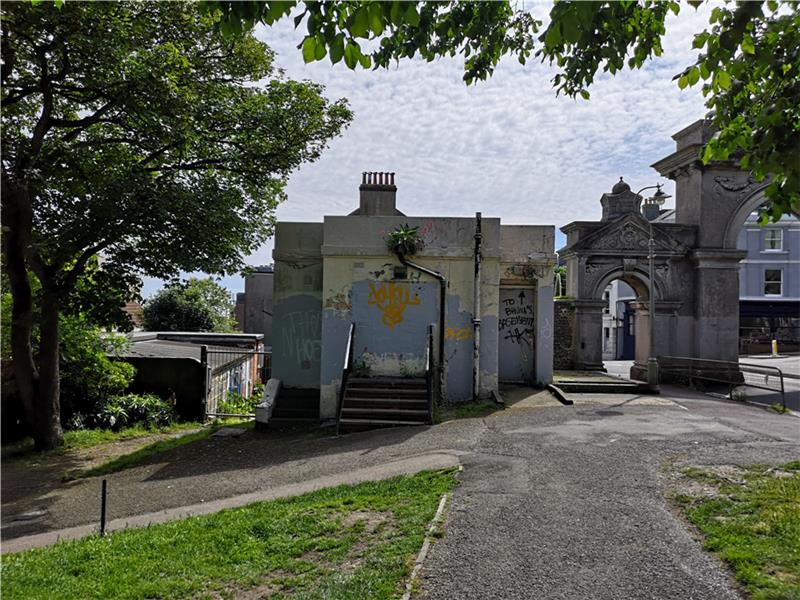 More of the city’s former conveniences are getting a new lease of life, with one set of public loos in Hove set to become an electrician’s office while another on the edge of a Brighton park is up for let.

A Portslade-based electrician, George Martin of Emtech, has applied to turn the former public toilets on Hangleton Road into an office.

And the old toilet block on the edge of Queen’s Park on West Drive is currently up for let, with a clutch of caterers expressing interest in converting it into something new.

Hugo Watts at Avison Young, which has marketed several old toilet blocks for Brighton and Hove City Council, said: “There’s always a lot of interest in these public toilets. There’s quite a few of these buildings across the city in the last couple of decades where they have been converted to various quirky alternative uses.

“We’ve had 30-40 individual enquiries about the Queens Park toilets, and about 15 to 20 people have inspected the building.

“There’s now a deadline of the second week of October, and prospective tenants will have to put together a full business plan for consideration by the council.

“About 80 per cent of the interest has been for food-based businesses, and the rest a variety of backgrounds.”

The block in Sackville Road has become a communal lounge for residents of Woods House.

The old toilets in Home Farm Road have been used as a tattoo parlour, hairdressers and a shop since the loos closed in 1993.

Plans to turn toilet blocks in Hove Rec and on the Rottingdean Undercliff into cafes were approved in 2013.

In 2008, the Brighton and Hove Petanque Club was given permission to use former public toilets by the Peace Statue as a clubhouse. It is still based there today.

The old block opposite Bath Street on Dyke Road was converted into a flower shop in 1997 and has since been home to a cafe and convenience store.