A bomb disposal team was called to a Brighton flat today after detectives carrying out a drugs raid found explosives. 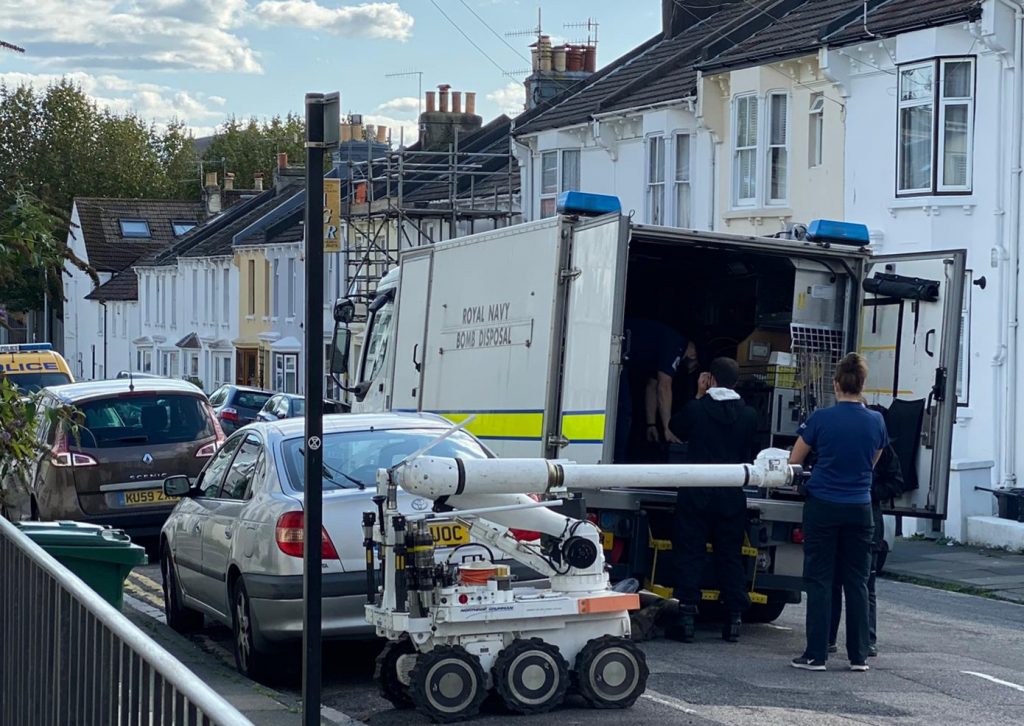 A stretch of Gerard Street, off Ditchling Rise, was cordoned off as the Royal Navy Bomb Disposal team were called in.

Sussex Police said: “Officers acting on intelligence executed a drugs warrant at a flat in Ditchling Rise, Brighton, about 7.30am on Wednesday 2 October.

“During a search of the property, a quantity of cash, drugs and suspected explosives devices were discovered.

“The Explosive Ordnance Disposal (EOD) have been called to assist at the scene and inquiries are ongoing.

“Residents at properties in the immediate vicinity have been evacuated as a precaution.

“However, no risks to the wider community have been identified at this stage.

“A 53-year-old man from Brighton has been arrested in connection with the incident and remains in police custody at this stage.”