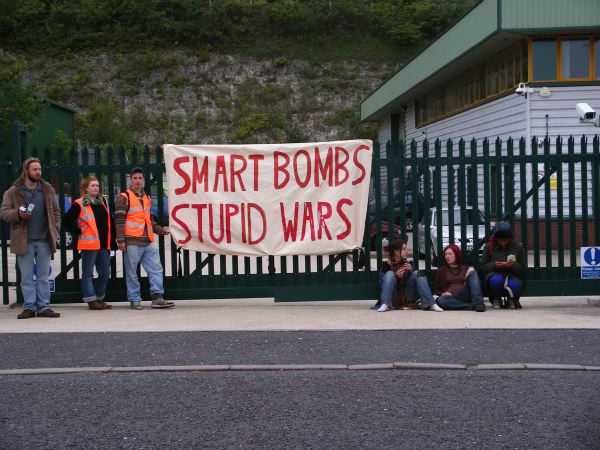 City councillors have called on the government to stop a Brighton company from making and exporting deadly bombs and weapons.

They have written to Defence Secretary Ben Wallace MP demanding he carry out an investigation after weapon parts manufactured by EDO MBM Technology Ltd were used in an attack on civilians in war-torn Yemen.

The letter comes after council leader Nancy Platts told a meeting of the Full Council on 25 July this year that she would be “writing to the Secretary of State to call for an enquiry into this incident and whether the EDO MBM should have their license revoked”.

She added: “I welcome the support of any councillor in this chamber who would like to join me in signing that letter.”

Cllr Platts was replying to a question from Green councillor Sarah Nield asking if it was “time to call time on the bomb factory”.

Cllr Platts decided a letter should be sent after a United Nations Panel of Experts report found evidence of bomb fragments from the Moulsecoom based arms manufacturer were used in a Saudi-led airstrike on a water pump factory.

Although there is no suggestion in the report that EDO MBM broke any laws or regulations, the UN found the attack “violated international humanitarian law”, and the Court of Appeal also ruled the British government had broken the law by licensing arms exports to Saudi Arabia.

The letter, signed by 33 Labour, Green and Conservative councillors plus Brighton Kemptown MP Lloyd Russell-Moyle, states: “As you will know, the targeting of civilian infrastructure that has no dual use for military purpose is a war crime.

“We are therefore extremely concerned that the government has issued a licence for a weapon that has been used illegally.”

The letter adds: “We therefore call on you to suspend all extant licences (OIELs) which EDO MBM and other companies used in this case and fully investigate this matter.

“If the information is found to be correct, we request that you revoke licenses used by EDO MBM and its partners to sell weapons parts and arms.”

The letter adds: “It is clear from this strike and numerous other strikes documented by the UN and NGOs that there is a ‘clear risk’ of UK munitions being used in IHL violations, which violates Criterion 2c of the consolidated criteria the Export Control Act (2002).

“As you will know, on June 20 the Court of Appeal judged that the government had been illegally signing arms export licences to Saudi Arabia due to its failure to assess the risk their use in violations of international humanitarian law, whilst new licenses were suspended extant licenses have not been.”

After sending the letter, Cllr Platts added: “We were all horrified to read the newspaper story. The government is clearly failing to ensure weapons manufactured in Britain – and worse still here in Brighton – are not used to target civilians.

“We need a full investigation and reassurances from the Secretary of State that these violations will not happen again.

“I wish that the EDO MBM factory was not based in Brighton or anywhere in the UK for that matter as I am personally opposed to the UK arms trade, however that is outside our powers as a local authority.”

The Saudi air strike is thought to have taken place on September 13, 2016 and again nine days later.