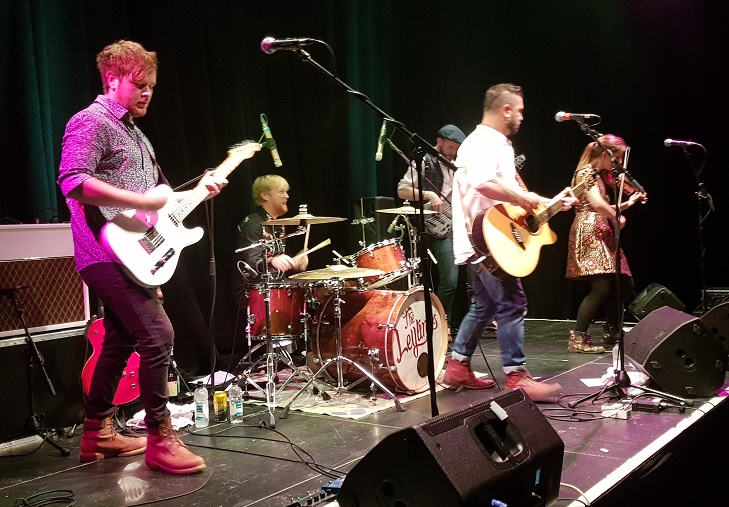 Steve Mitchell, lead singer and songwriter for The Leylines, explained to the audience at Shoreham’s Ropetackle Arts Centre on Saturday night, that the band keep a bank of festival energy which they have accrued from their many festival gigs over the summer. Their aim is to distribute this energy bit-by-bit to all the indoor venues on their UK tour, bringing a festival to every one of us, and that is precisely what they did last night, transmitting their abundant enthusiasm and uplifting music to us all.

The Leylines are a group of five musicians from the West Country who combine their individual musical tastes into a style which they describe as ‘not quite folk, sort of punk, 100% revelry’. The band produced their first album, ‘Along The Old Straight Track’ in 2016, since when they have been touring, prior to releasing their latest album ‘Recover Reveal’. The have played sets at Glastonbury, Beautiful Days, Goldcoast Oceanfest and Something to Smile About Festival, to name but a few. Feisty, swinging, energetic music to dance to, it became obvious that all band members were fully committed to giving one hundred percent to every gig. 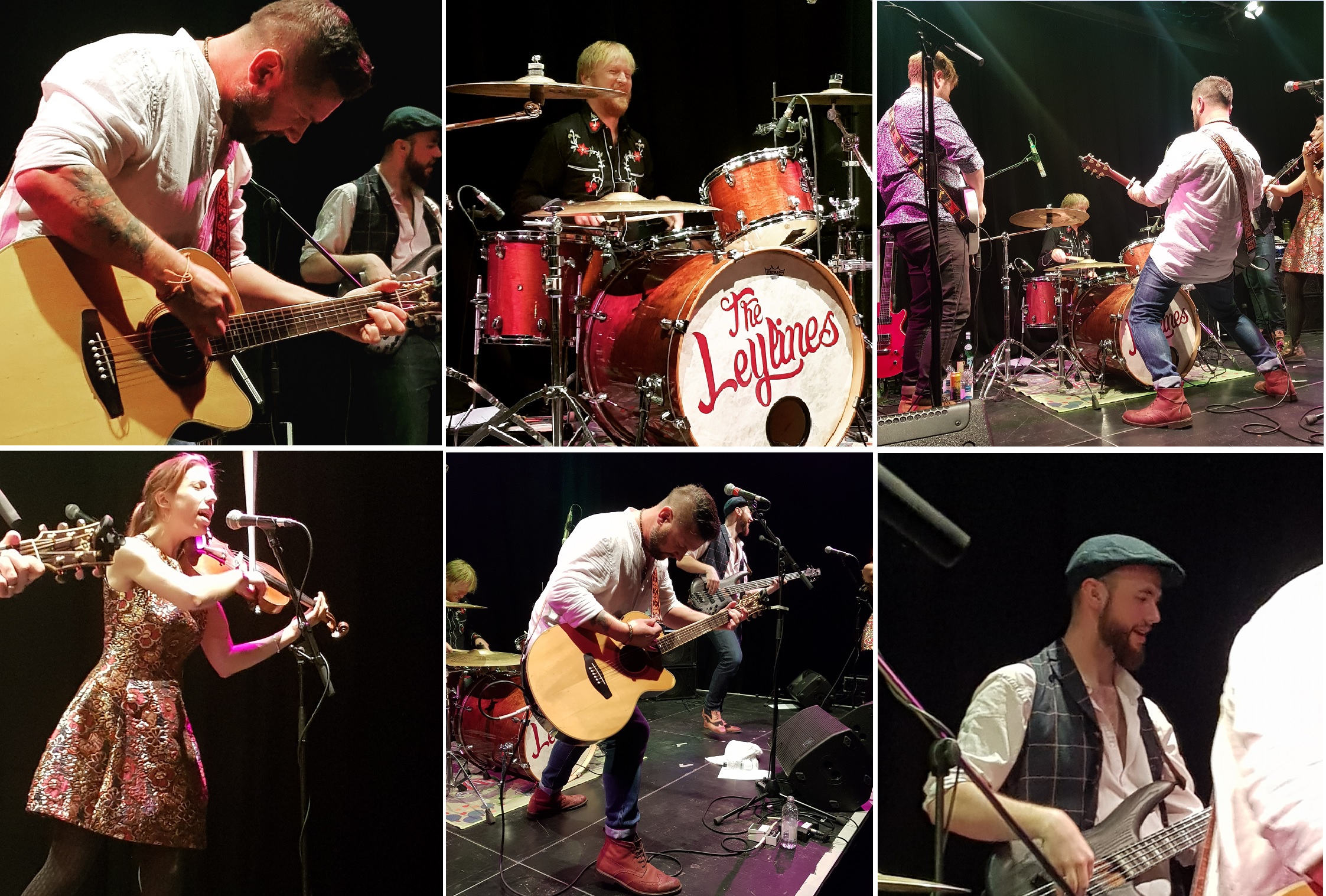 For their 1st number, ‘False Hope’, Mitchell started singing quietly, and as the band joined in, the sound built and suddenly thundered into an irresistible and exciting chorus, think Nathaniel Rateliff and The Nightsweats for effect. The second song, ‘Control’, involved stomping, frantic fiddle playing, rampant drums, bouncing up and down and audience singing, a sign of things to come. The receptive local audience lapped it up, interestingly, most of those on the dance floor had seen the band for the first time at a festival.

One of my favourites of their set was ‘Recover Reveal’, from their new album of the same name. The lyrics referred to those times in your life when you wake up one day and think “That’s enough! I have to change my life from today, from right now”, which sentiment resonates with most of us. Mitchell’s good, strong voice combined with the drums, fiddle and guitar pleased their audience again. Their songs, although reminiscent of and inspired by The Levellers, had a distinctive sound of their own, coming together as they do from all members’ input once lyrics are written by Mitchell.

Angry lyrics, angry guitar and drums featured in ‘Broken And Alone’, charging and changing the atmosphere and showing dissatisfaction with the world we inhabit. My second favourite of the evening was ‘Fly Away’ which had very nice twangy guitar breaks from Thompson and a fiddle solo from Johns before all voices joined in and built to a stonking chorus.

The songs kept coming and the audience became more and more involved, dancing, clapping and heckling with humour, until half a dozen joined the band onstage for their final number, ‘Run For Cover’. By the time The Leylines were coaxed back for an encore, the audience were all happy, energised and full of festival vibes… Job done.

Find out more about The Leylines by visiting their official website HERE. 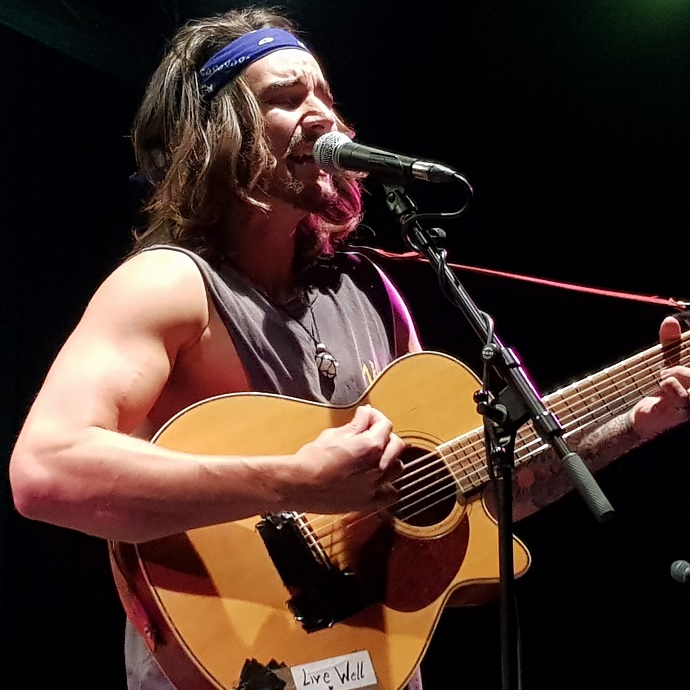 Taylor T (aka Taylor Topham) provided support and played a sensitive set of self-penned songs. He commenced by playing ‘Following The Crowd’, about the inadvisability of doing so and the importance of staying true to yourself.

His next song had been written on his return from his recent travels to Australia and New Zealand, and, indeed, he looked as if he had just wandered into the venue, straight from strumming tunes sat round a beach fire pit with friends, and sporting a ripped t-shirt.

My suggested titles for this, as yet unnamed song, would be ‘Love Bound’ or maybe ‘Growing On Trees’. It was a beautiful, fresh love song about a couple separated by distance. Other songs included ‘Never Be The Same’, ‘Protected’, (about wanting the best for a loved one), ‘I’m Done In’ and ‘Learn How To Love’ (a personal favourite). Taylor provided an enjoyable start to the evening. 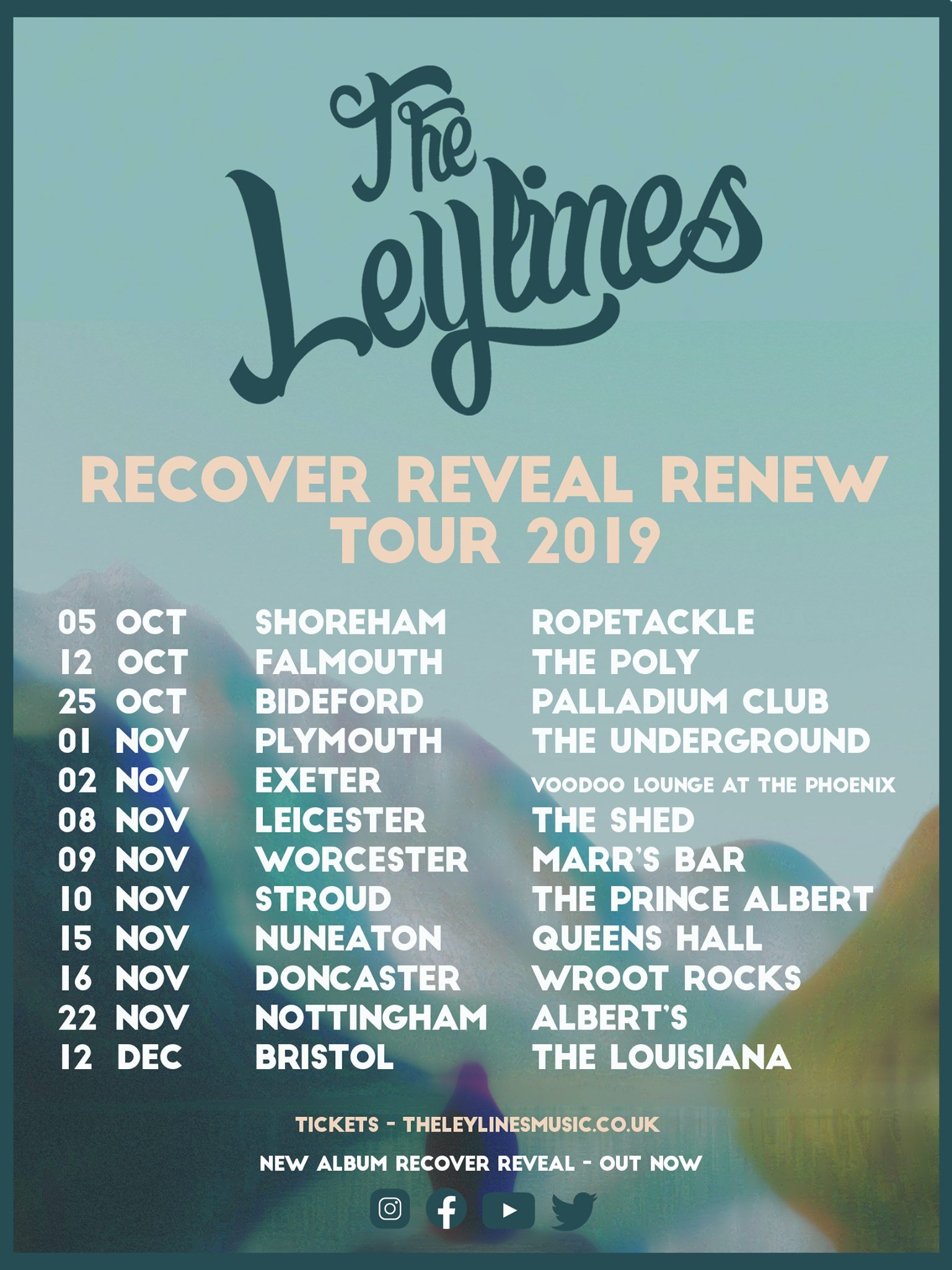