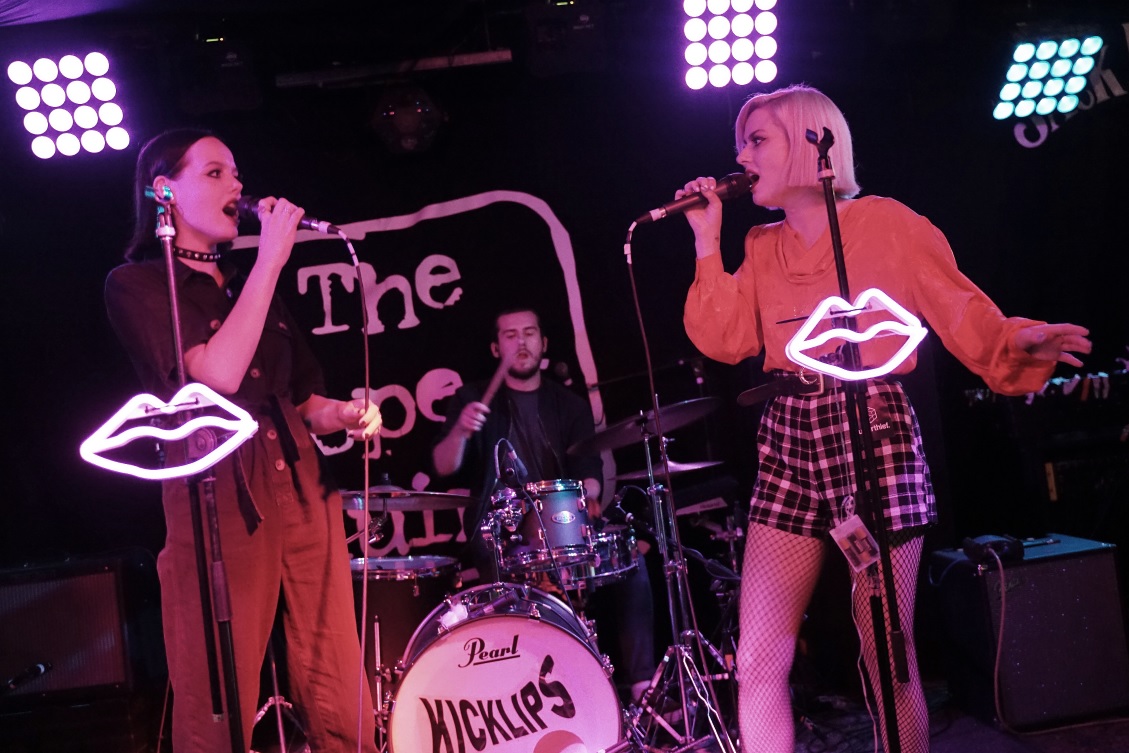 Music promoter ‘This Feeling’ bring their latest’ Alive Tour’ in association with Scott’s Menswear to Brighton’s Hope & Ruin with four fantastic up and coming bands.

‘This Feeling’ promotes itself to bring Guitar Music back to the masses by highlighting exciting up and coming relatively new bands. You can bet that you would see the next big band at one of ‘This Feeling’ events first. It’s sure is a breeding ground for new guitar talent. This Feeling can also be seen at festivals such as the likes of the ‘Isle of Wight Festival’, ‘Truck Festival’ and the up-coming 2Q festival in November in Lincoln.

This latest tour has been up and down the country playing quality venues in Sheffield, Glasgow, Manchester and now its Brighton’s turn at the Hope & Ruin. 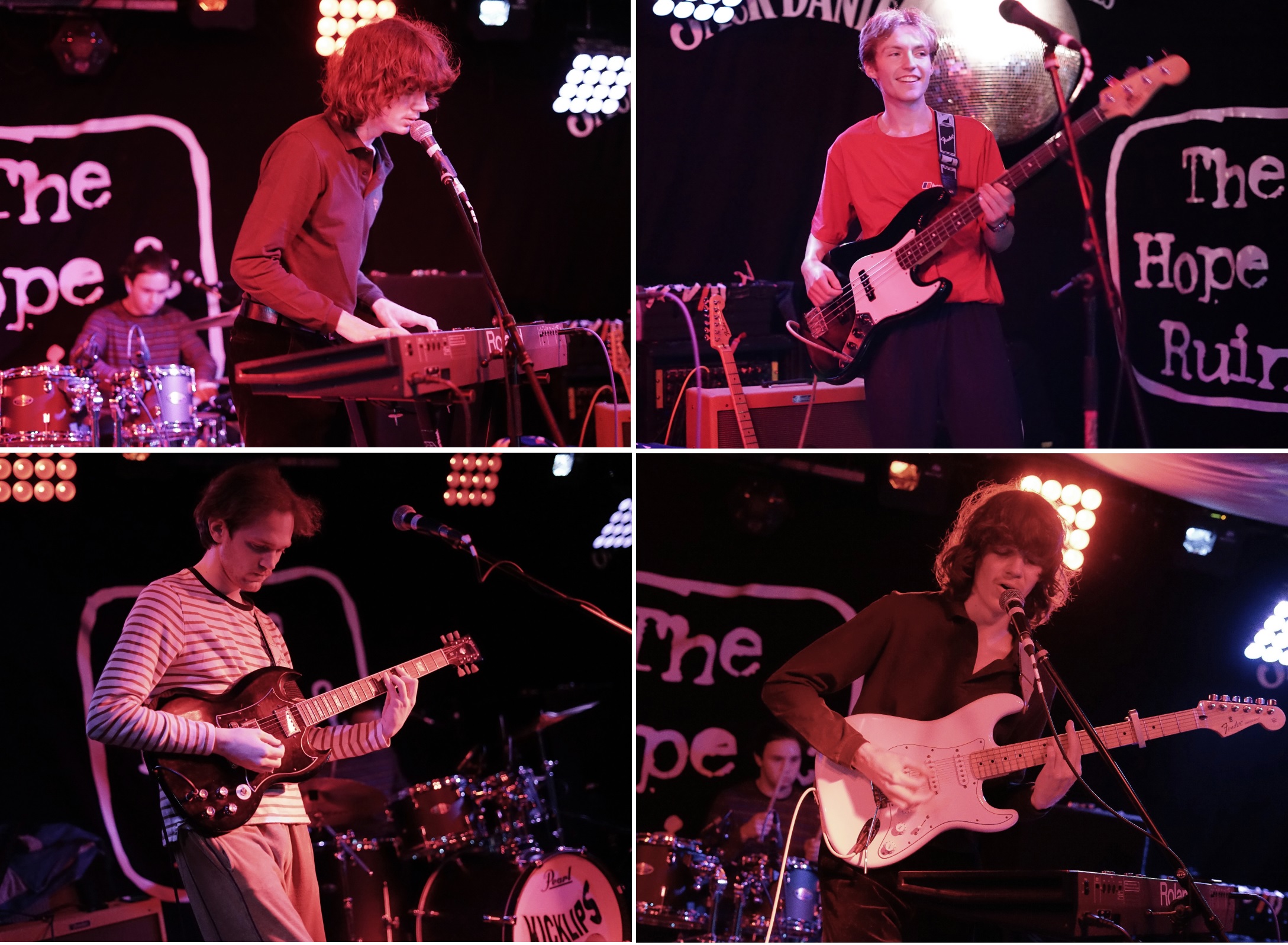 Kicking off proceedings for the evening to an enthusiastic Saturday night crowd is ‘Sugarthief ’,who are a five piece band from Birmingham, who recently released a debut EP ‘I Before E(P)‘.

Previously, the band had a headline slot at the Institute in Birmingham as well as playing to large crowds at the Isle of White Festival. They are influenced by The Doors, Pink Floyd with a bit of Jazz thrown in. Tonight the highlight was the song ‘Joy Affair’ which does slightly remind me of Miles Kane with a Sunday morning feel. Their most successful song to date. 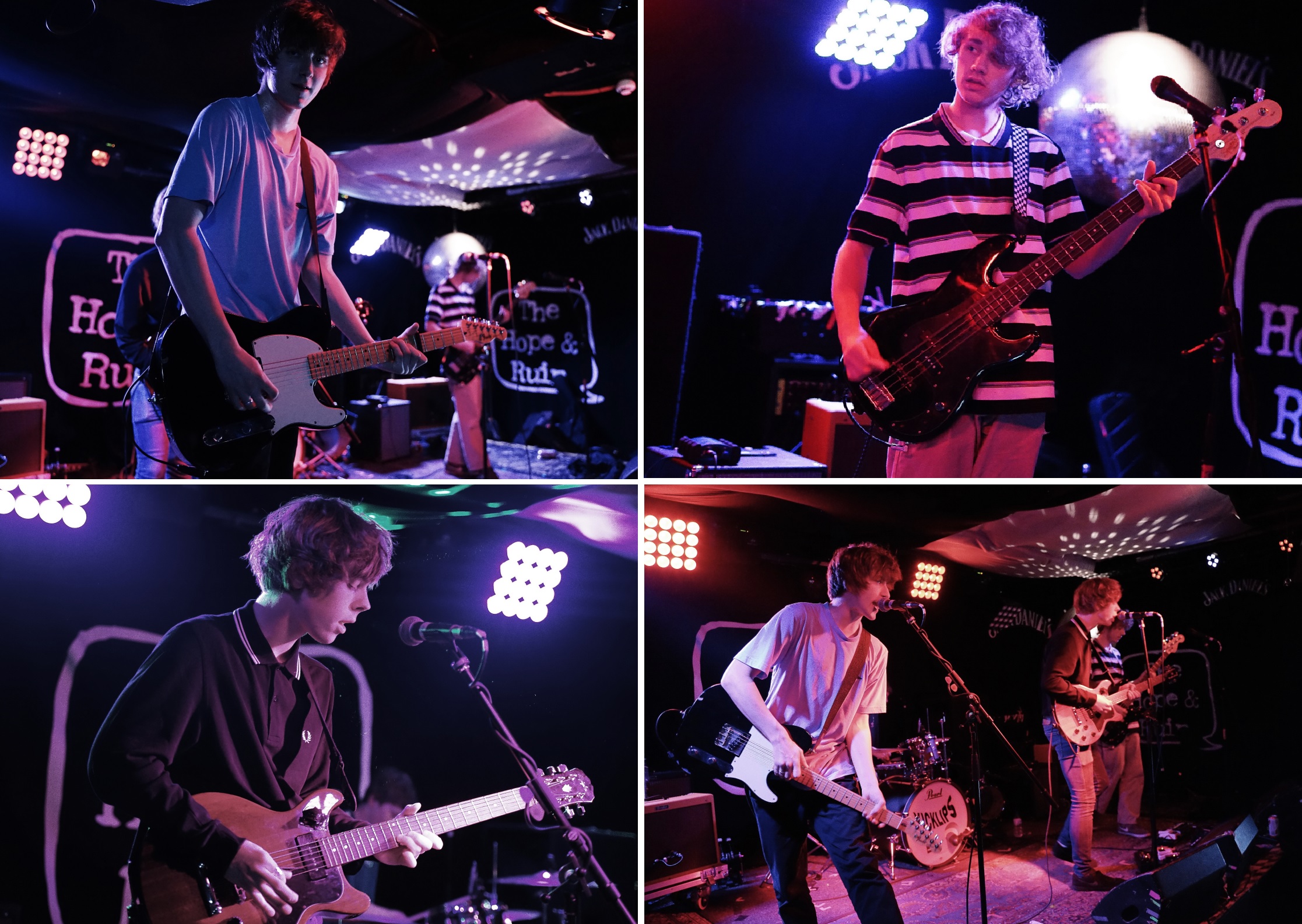 Bringing it up a notch are ‘The Estevans’, a four piece Indie Rock band from Guildford.

The influences from the likes of The Strokes can be seen with their punchy drum, energetic sounds and scratchy, raw guitar riffs. The band create a feel good, bouncy festival sound that anybody would be familiar with and get you going. The group’s latest single ‘Got To Know You’ sticking in one’s mind! 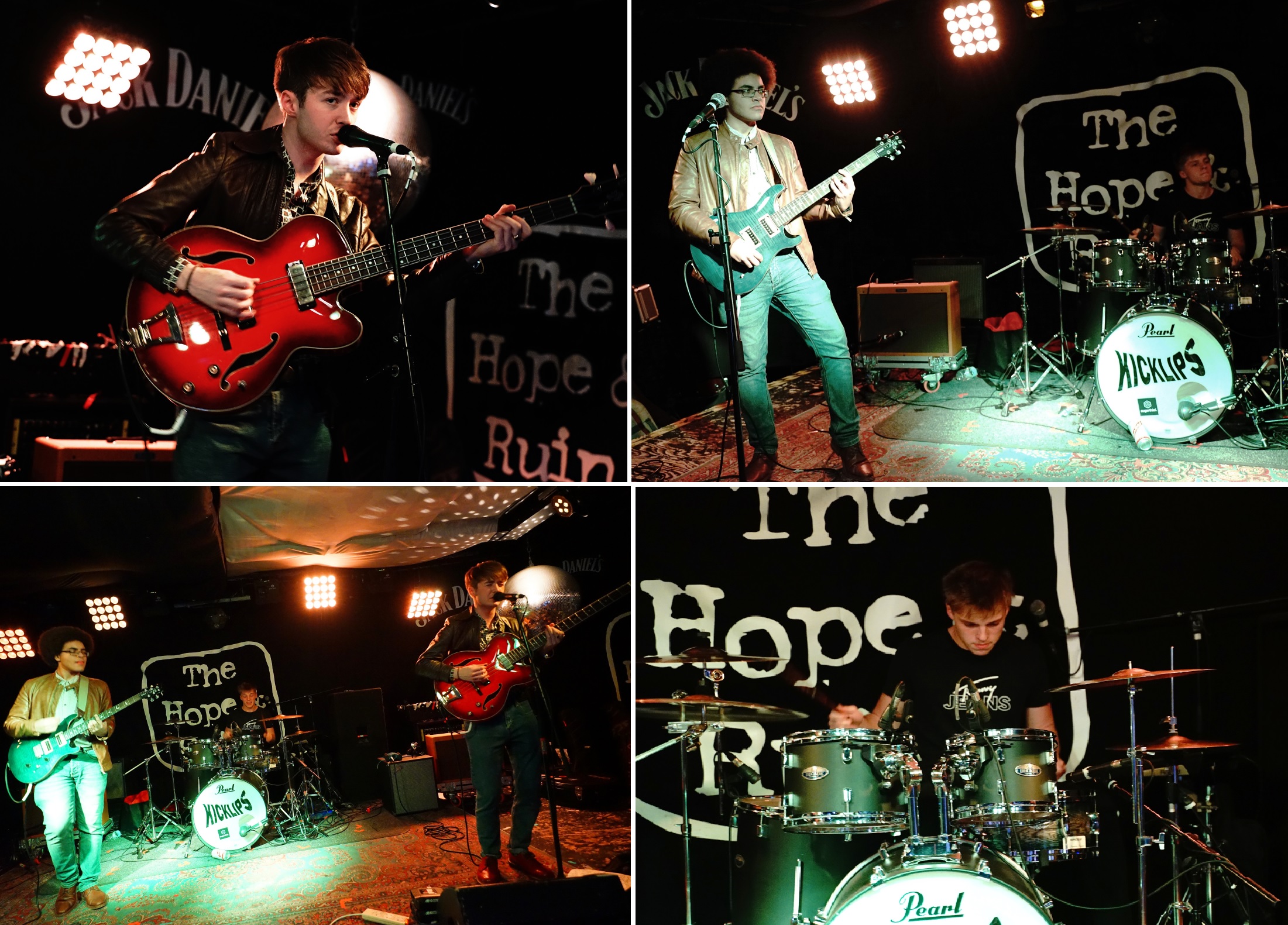 The Trio ‘The Kicklips’ hail from Sheffield and create a garage Rock n’ Roll feel with a Britpop soundtrack and have worked alongside Arctic Monkeys Producer, Alan Smyth .’This Feeling’ tour being their biggest tour to date. The Kicklips create a mid-noughties sound with a 60’s punk beat. Their track ‘TV Girl’ with its lyrics about a teenage romance, has its catchy hooks and a pace to make you want to dance. 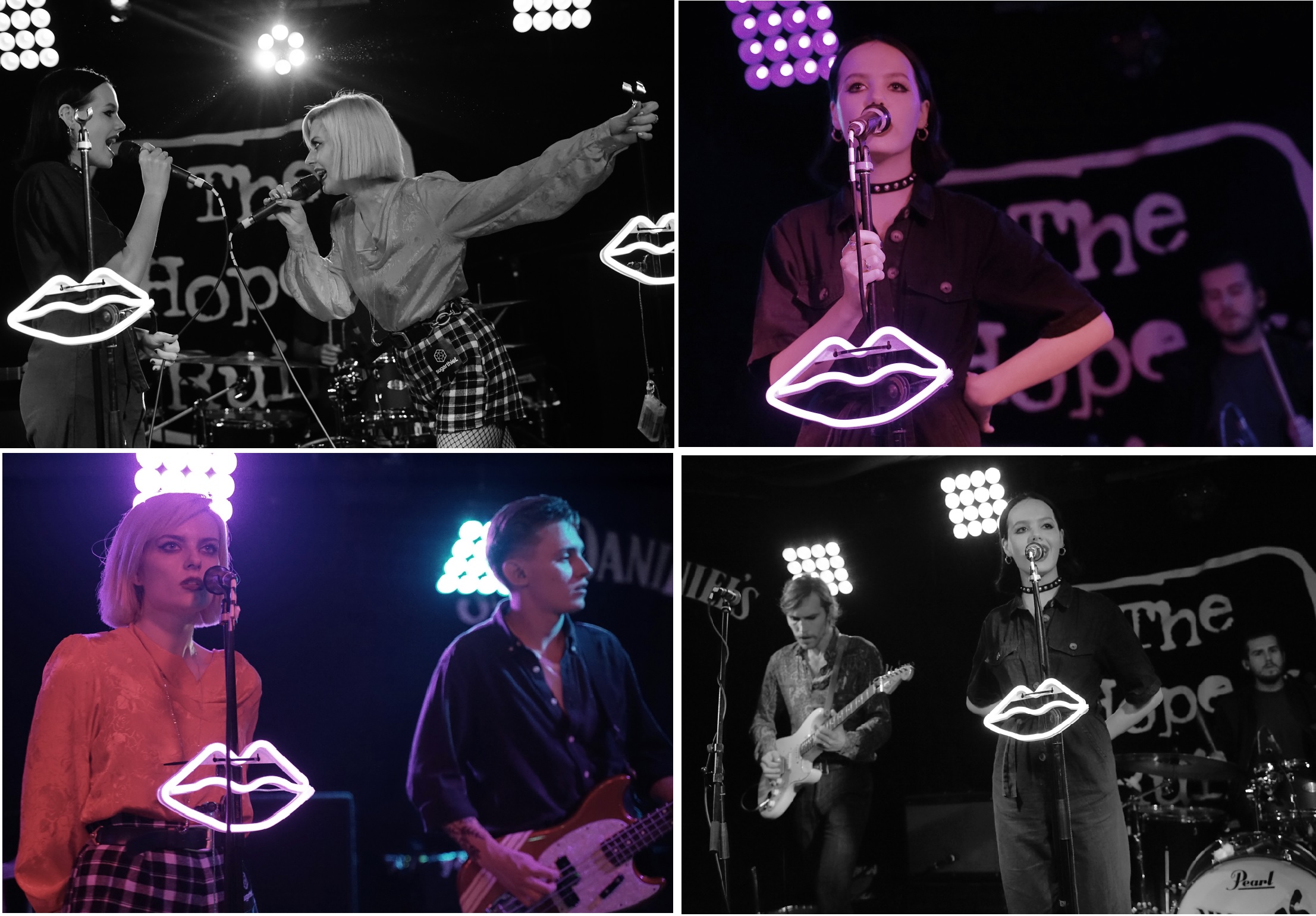 To top off this musical extravagance were Brighton’s very own ‘Hourglvss’. The band’s style is dreamy storytelling with a synth, clubland style. The Single ‘Johnny’ has received radio support with the likes of Radio 1’s Jack Saunders show as well as Radio X. The mesmerising sounds and lyrics taken straight from ‘Let’s Eat Grandma’s’ leaf and could be the next big thing to be heading the Sunrise Arena at Latitude Festival.

The Hourglvss set has a vintage feel to it with catchy hooks and lyrics incorporating digital elements thrown in. Their finale had the upstairs of the Hope & Ruin filled with confetti, which was a nice finishing touch! The band are certainly worthy to fill bigger venues in the very near future. 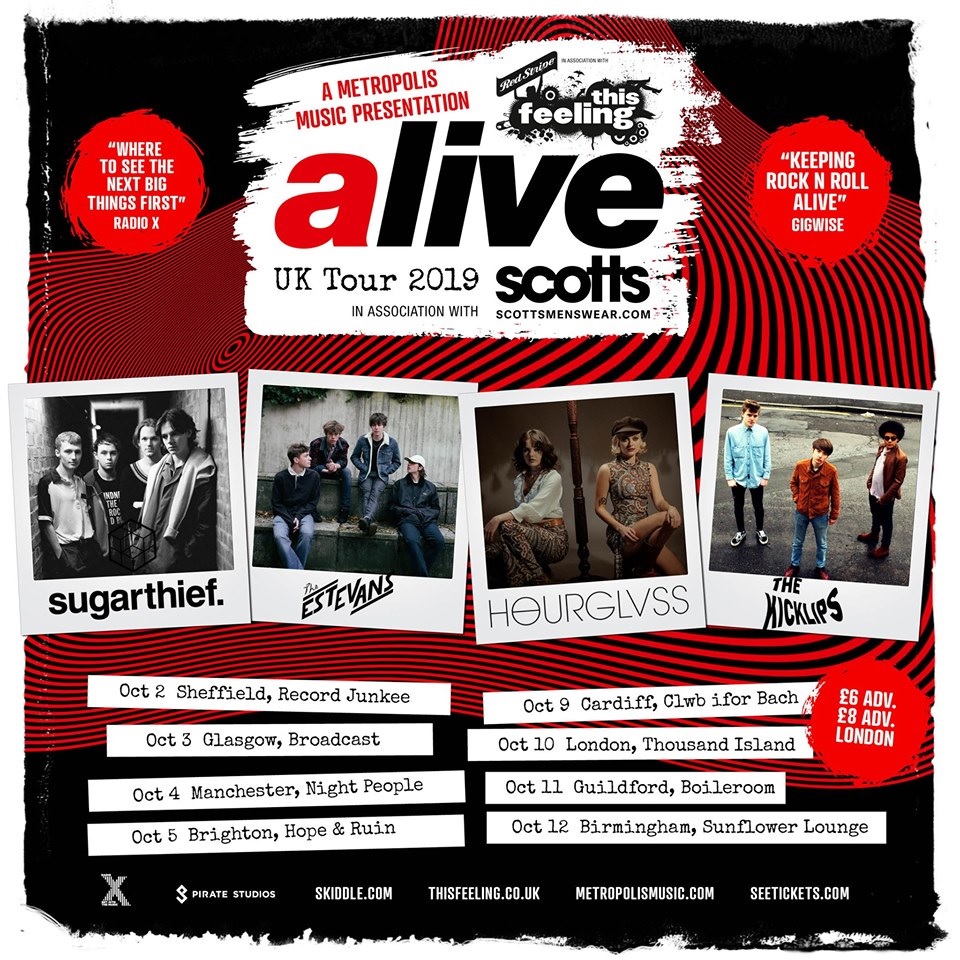