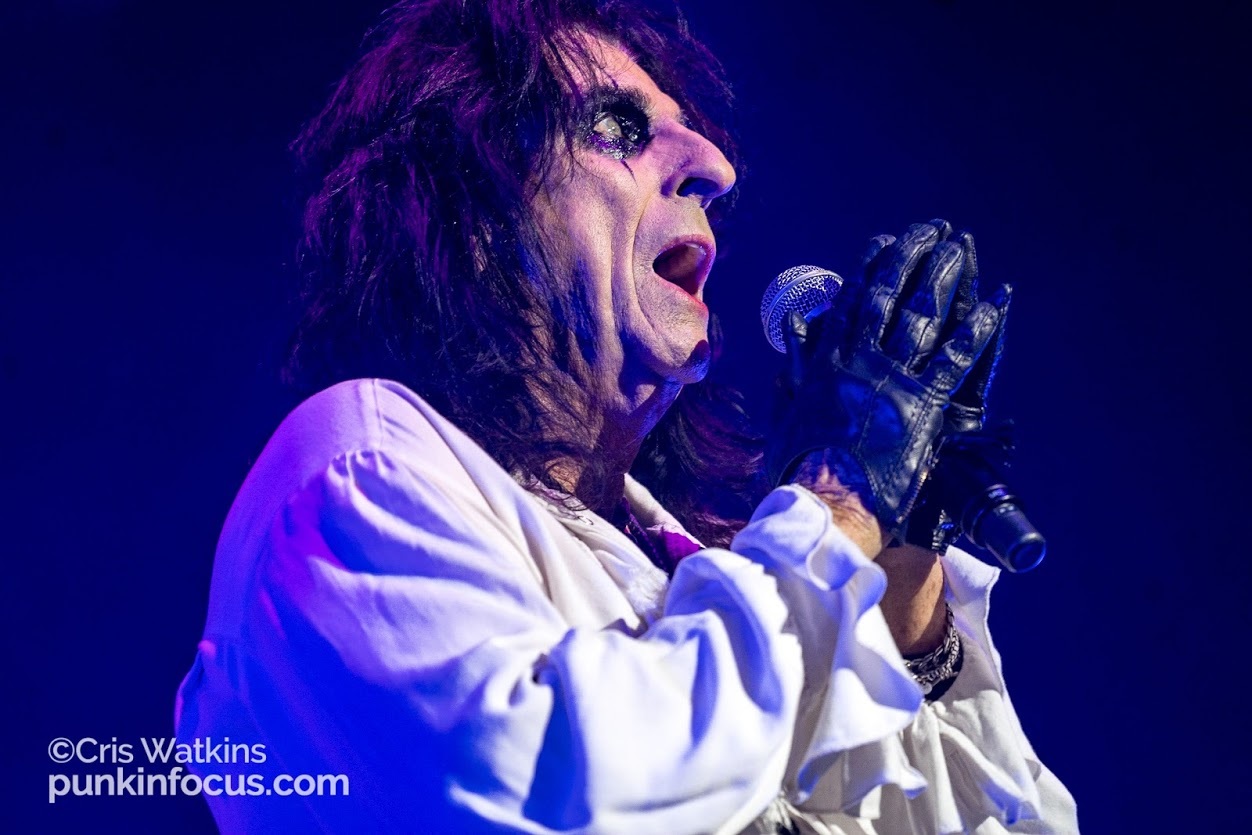 The wayward son from Detroit, Alice Cooper was back in Brighton tonight as part of a select seven date ‘Ol Black Eyes Is Back’ UK tour, which has already called in at Manchester, Aberdeen and Leeds, before heading off to London, Birmingham and Cardiff.

Alice, (born Vincent Damon Furnier) is now 71 years young, has rightfully returned with his band of well versed musicians to the country that first embraced him, in the 50th year since the first Alice Cooper album release, namely ‘Pretties For You’, which hit an unsuspecting world back on 25th June 1969.

Alice is always the showman and the dearly beloved fans gathered here tonight to witness his all-new show were certainly not left disappointed! Considered by some as the greatest ringmaster in rock and deliverer of the best rock show in the world, Brighton music punters were certainly not going on their journey home in silence as there would be much to discuss about the evening’s portrayal of dark humour – what about this bit, what about that bit, did you see that etc etc. 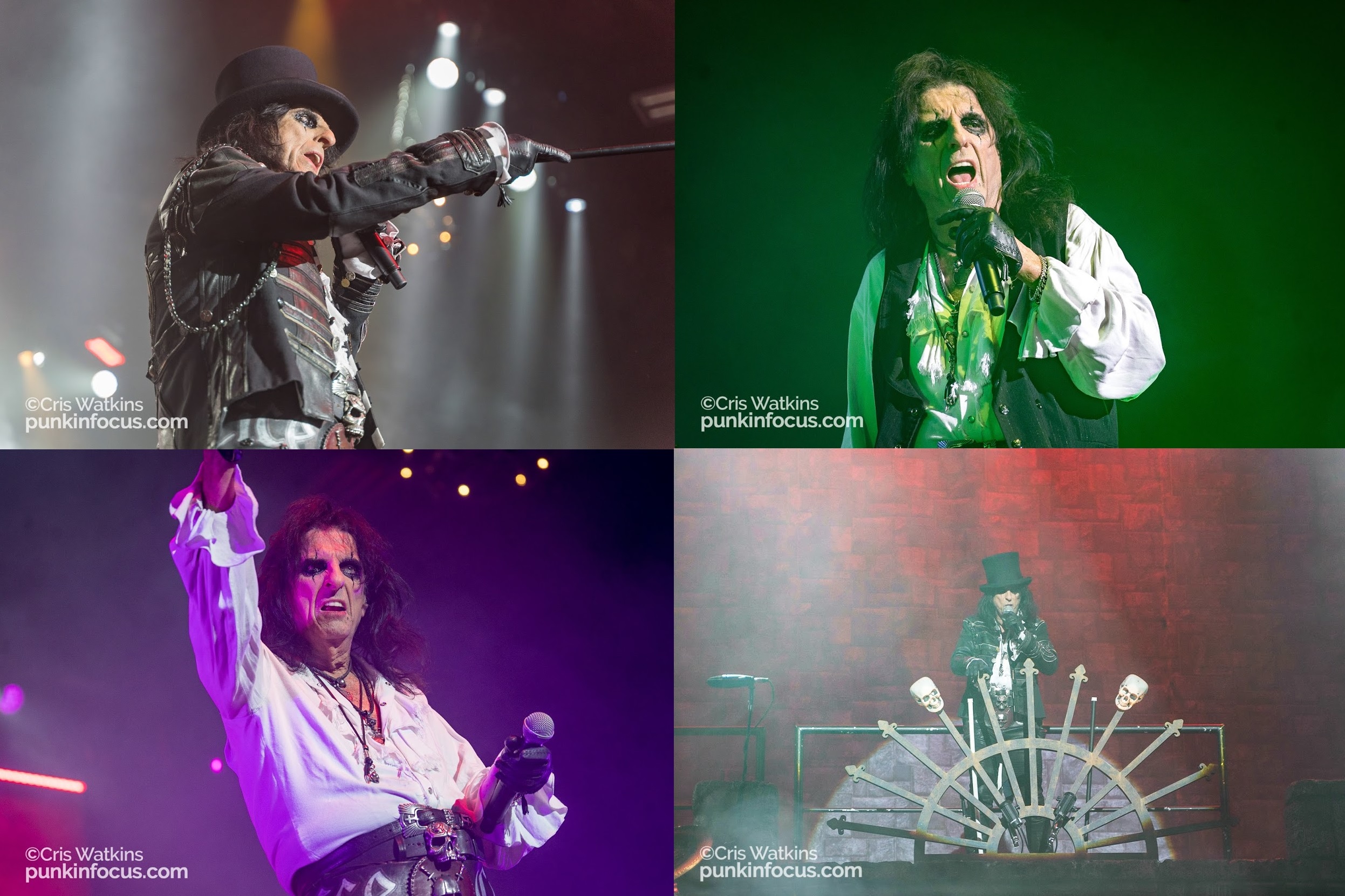 Alice surrounds himself with some of the most talented musicians on the planet and so indeed there was some degree of showmanship (or just plain showing off) by all and sundry gathered at certain points during the evening. The Alice Cooper shows are a well oiled machine and everything is so carefully choreographed with nothing really left to chance. But I suppose when you are dealing with (stage-prop) guillotines and a giant ‘Billion Dollar Baby’ to name just two props, then everything must be just so. Even the two bassists and two guitarists can wander freely around the stage as they have no leads plugged in. I suspect that a certain ballerina instructor and choreographer Sheryl Goddard, might have had a hand in this.

The quintet of musicians gathered here tonight in front of the Nightmare Castle backdrop who were offering their theatrical brand of hard rock were Glen Sobel who is consistently voted the world’s best rock drummer (no wonder by the way he was twiddling his stix tonight); Nita Strauss on lead and rhythm guitar (who was gifted her own guitar solo slot and showed us exactly why); Ryan Roxie (lead and rhythm guitar); Tommy Henriksen (rhythm and lead guitar); Chris Wyse (on bass, who is filling in for Chuck Garric on these UK shows); and special guest on the final number Dennis Dunaway (who was the original Alice Cooper band bass player).

The Brighton Centre was witness to Alice’s blend of horror film and vaudeville rock for around two hours and it was at time just like witnessing a play with loud music. Ever the showman, he indulged in several (expected) costume changes and even donning a straight-jacket for a majority of the unsettling track ‘Steven’ from the 1975 ‘Welcome to My Nightmare’ album. A number of compositions were lifted from his groundbreaking 1971 to 1975 era, these included ‘Under My Wheels‘, ‘Billion Dollar Babies’, ‘No More Mr Nice Guy’ and final number ‘School’s Out’, where they unleashed several giant balloons filled with silver streamers (which many folk were still wearing on exiting the venue!).

Surprisingly for me there was no renditions of ‘Elected’ or ‘Only Women Bleed’, but I guess with a career spanning 55 years, then somethings gotta give musically. 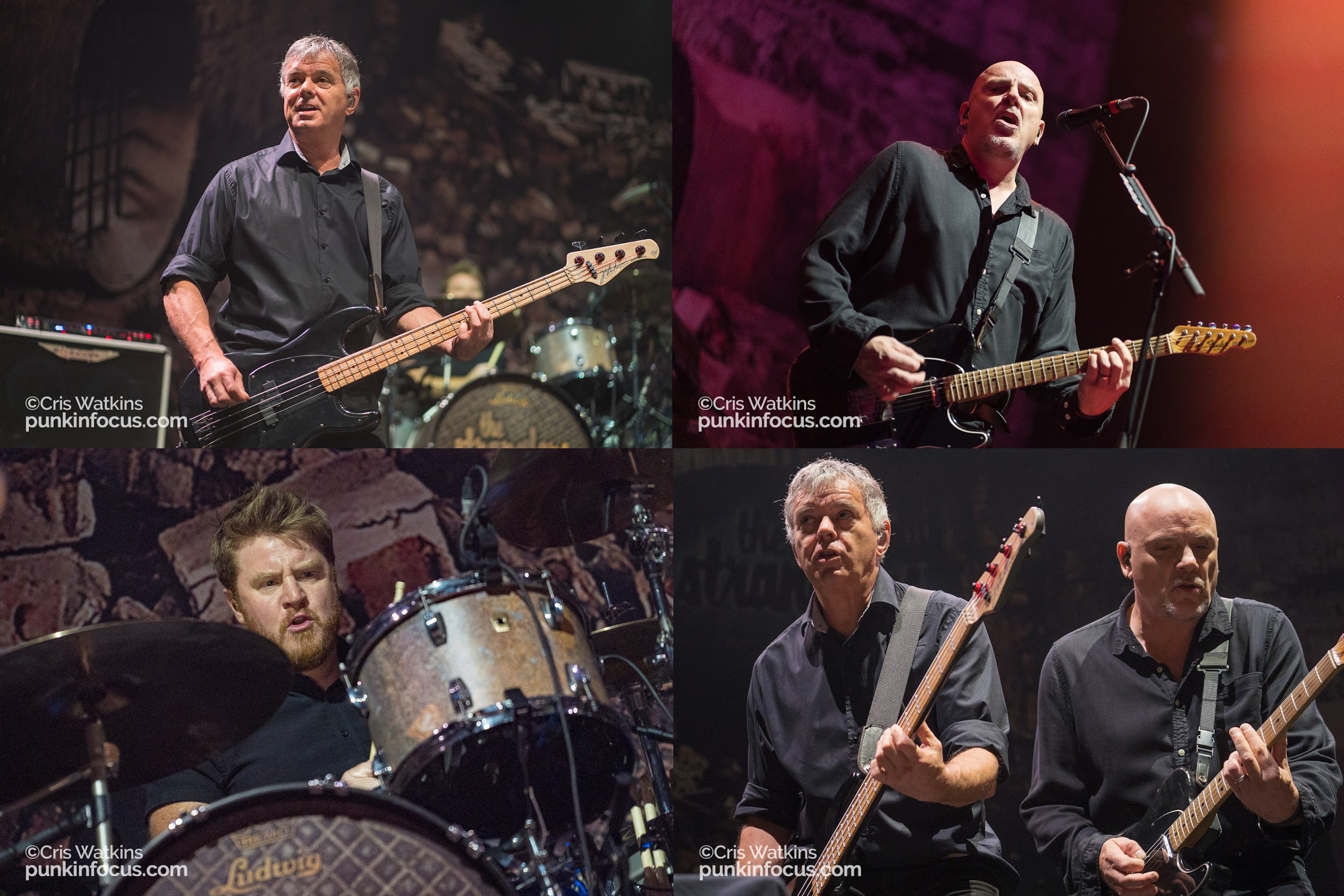 The Stranglers live at the Brighton Centre 08.10.19 (pics Cris Watkins Photography/PunkInFocus) (click on pics to enlarge!)

At 7:59pm the‘Waltz In Black’ intro tape starts to play and ‘The Men In Black’ have arrived to perform a cracking 51 minute eleven song set – yes it’s The Stranglers.

The quartet are back in Brighton as main support for Alice Cooper, having recently performed a great set at the Brighton Dome on 26th March this year – read our review HERE.

I was rather pleased that Alice had got The Stranglers on the bill, as it would almost feel like a double-bill to me. These days The Stranglers personnel are founder members Jean-Jacques Burnel on bass and Brighton born Dave Greenfield on keyboards along with Jim Macaulay (formerly touring drummer and now a fully fledged Strangler) and ‘new boy’ vocalist Barry “Baz” Warne. Well our Sunderland born ex-Toy Doll friend likes a ‘bita banta’ and he’s only been in The Stranglers for 19 years – lightweight!

These days the groups vocal duties are roughly equally shared by Baz and ‘JJ’ and tonight is certainly no exception. The band’s set went down a treat with the fans and you would (at that stage in proceedings) think that they were the headline act by the way they were being applauded. Thankfully we had three tracks from 1977, and four from 1978, so seven early numbers from their 11 track set. Highlights being Greenfield’s meaty keyboard work on the intro of ‘5 Minutes’ accompanied by JJ’s vocals, which were also rather enjoyable on ‘Freedom Is Insane’; ‘Relentless’ from 2006 which does somehow remind me of Ultravox; JJ banging his bass at the start of ‘No More Heroes’ to arguably create the loudest noise all evening; and finally they absolutely nailed ‘Walk On By’. 8:50pm and it was all over.

For further info on The Stranglers, visit www.thestranglers.co.uk 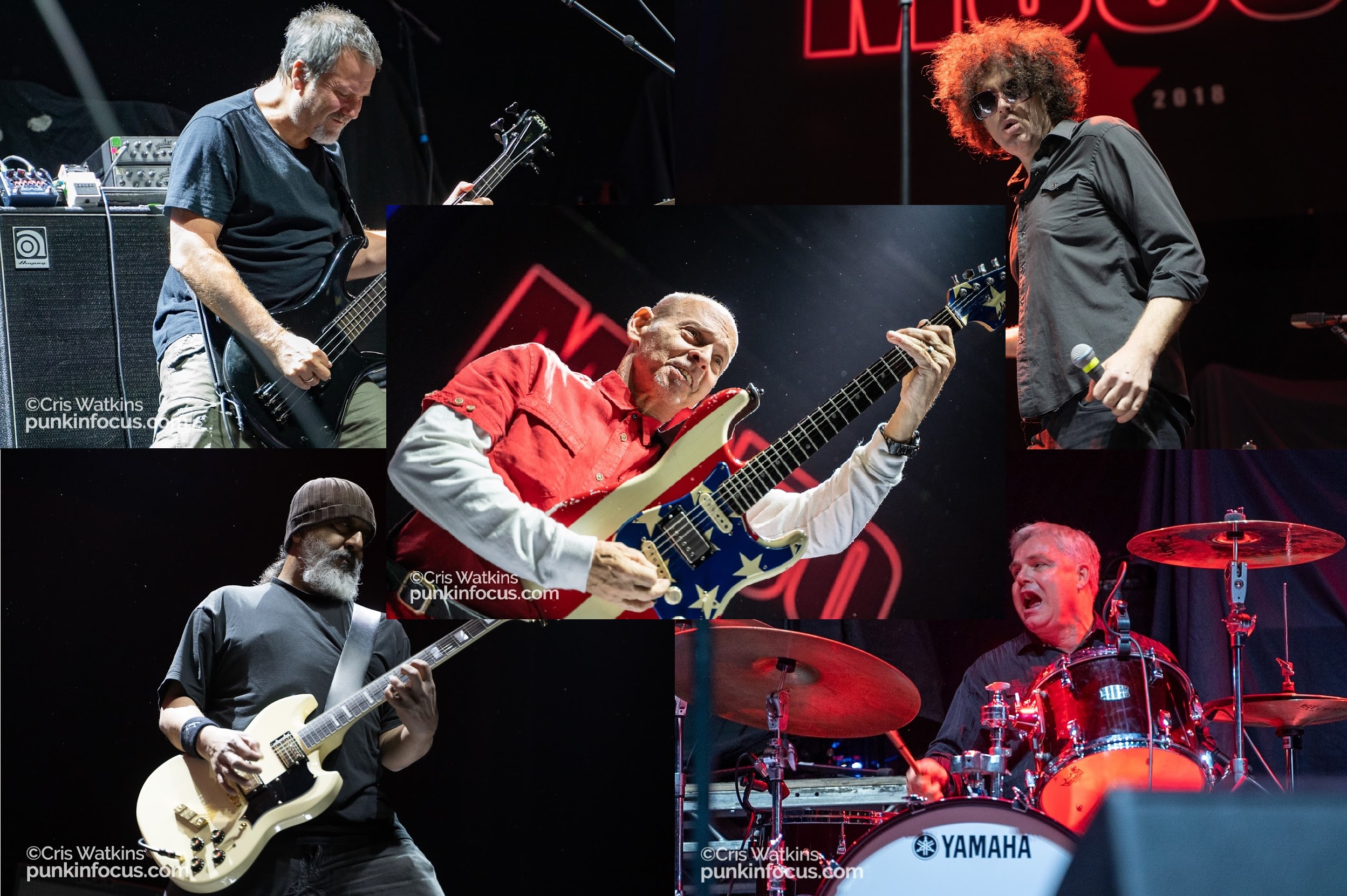 The evening was kicked off at 6:56pm when the MC50 took to the large stage in order to perform a 46 minute nine song set of MC5 (Motor City 5 – a Detroit reference) numbers. The quintet are headed by the original MC5 guitarist frontman Wayne Kramer and is his celebration of 50 years of the MC5’s ‘Kick Out The Jams’, album as well as other material from that time.

The MC5 (who formed in 1964) and Alice Cooper have history. Alice was a Detroit native and returned there in 1970 to make his name in the city while The MC5, The Stooges and Bob Seger, among others, were tearing up the city. Harder, faster, stronger and darker than the hippies on the west coast, they changed music forever.

Tonight, the MC50’s raw heavy R’n’B fuzzy rock certainly got the packed crowd in the right frame of mind. It was great to finally see ‘Kick Out The Jams’ live, especially the intro which has been much sampled down the years by The KLF, Scooter and the likes. ‘I Can Only Give You Everything’ I particularly enjoyed because of its retro mid-60’s guitarwork sound (a tad Rolling Stones me thinks), but I reckon their finale ‘Looking At You’ was the best, as I have spent decades listening to The Damned’s version.

For further details head to www.mc50th.com 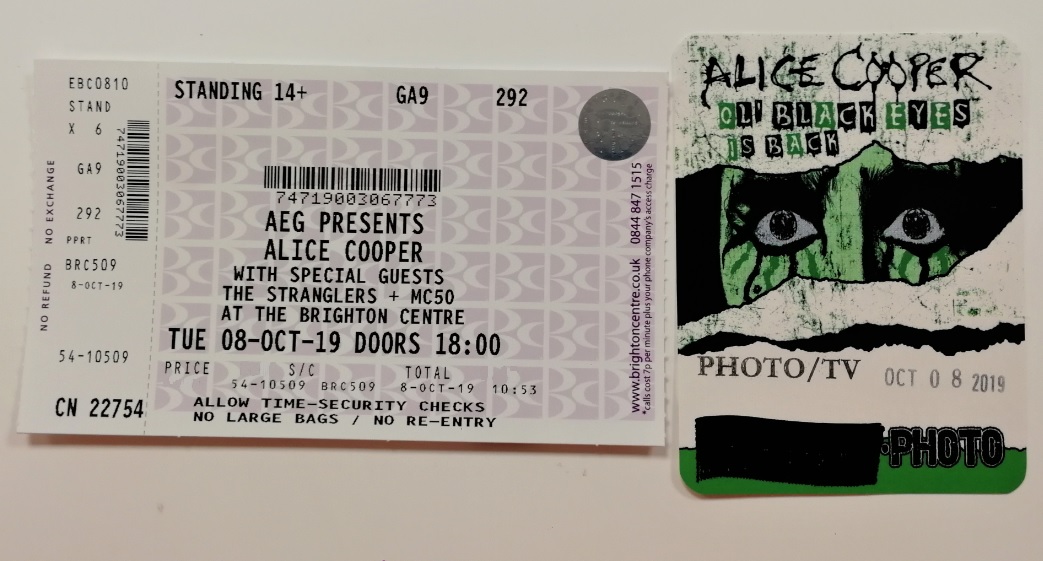 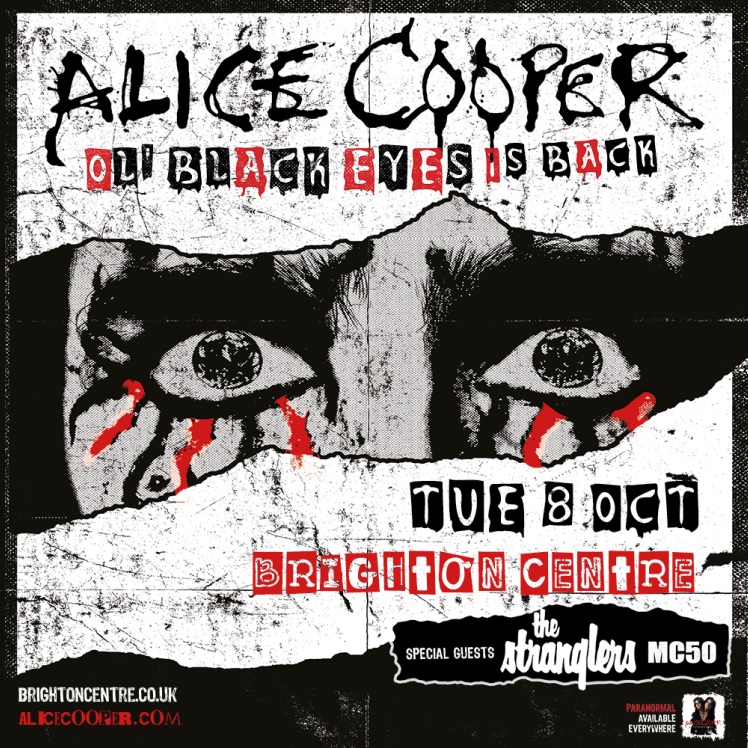 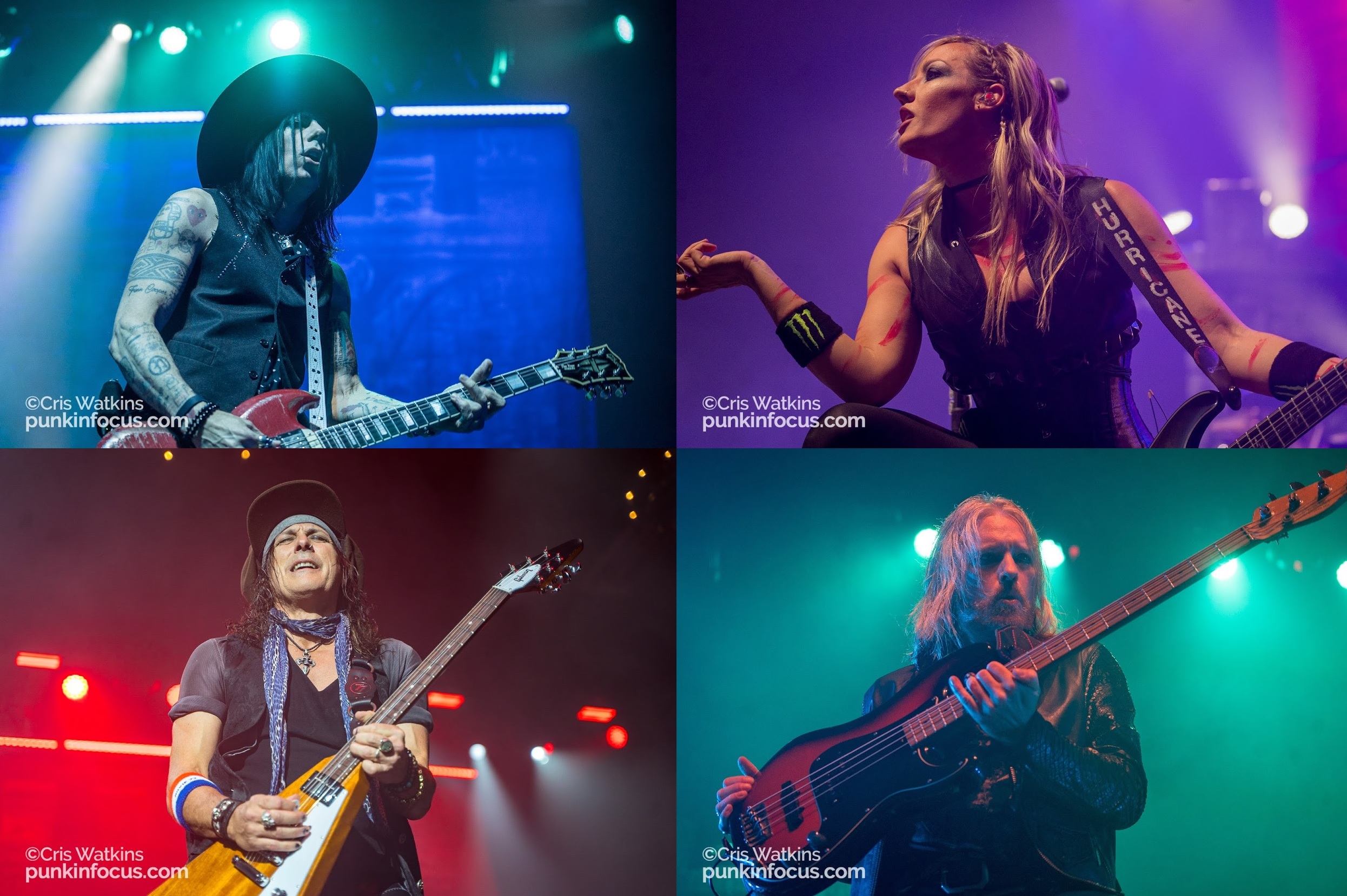