Business partners who sank their life savings into a takeaway in Brighton pleaded with councillors for later opening hours.

When the owners of Pizza and Grill Junction – Usman Mubashar and Muhammad Waseem – opened their business in Preston Street, they did not know that they needed a late-night licence to sell food after 11pm.

Their application to open until 4am to sell food and soft drinks came about after two complaints to Brighton and Hove City Council’s licensing department about the takeaway’s late hours.

It is in a busy area where the council restricts new licences as part of a policy aimed at tackling the “cumulative impact” of problems with “crime and disorder and public nuisance”.

Council licensing officer Becky Pratley told a licensing panel at Brighton Town Hall today (Tuesday 29 October) that their application came in quickly once they were aware that they were operating outside the law.

Mr Waseem’s partner, Marina Smith, told the panel that the pair had had a conversation with the previous owner who assured them that it had a 24-hour licence.

Councillor Jackie O’Quinn, who chaired the panel, said that they should have “smelled a rat” when the licence was not produced.

Miss Smith told the panel that there was hardly any business before 11pm and the shop had never been open until 4am.

She said: “At 11pm it is almost when people start to come for food (but) at 11pm we’re turning people away to say we can’t serve you.

“They’re not going home. They’re going somewhere else. If there is no demand, there’d be no shop there. This shop will die if there’s no possibility of extending beyond 11 o’clock.”

Miss Smith said that Preston Street had a number of empty shops and added: “Together the partners have invested £72,000, cleaned the shop (and) worked there for six months.

“So two livelihoods would be completely gone. However, if there’s a thriving business there, not encouraging alcohol use, it adds to rather than detracting from it. Otherwise it’s just another empty premises.”

Miss Smith said that the business had never stayed open until 4am and that Mr Mubashar, 32, and Mr Waseem, 37, would be happy with a limit of 1.30am or 2.30am as this would make their business viable. 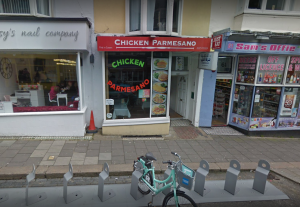 The owners, operating as MW Traders Limited, told the panel that they took over the business in May and were still getting to know the area after coming down from London.

Police licensing officer Mark Thorogood said that the force would oppose any new late licence in Preston Street because it is in the area covered by “Operation Marble”. Op Marble is the police “response to alcohol-related public place violent crime”.

Mr Thorogood said that granting a late-night refreshment licence would encourage people to stay in the area longer and cause a public nuisance.

The licensing panel was told that Regency ward, which includes Preston Street, had the highest level of crime and disorder in Brighton and Hove.

Mr Thorogood added: “We know this application is not for the sale of alcohol. However, (with) the hours being applied for, it is safe to say a high number of persons attracted to the premises will be under the influence of alcohol – persons that are more likely to cause or be a victim of crime or cause a public nuisance.”

He told the panel that dispersal orders were often in place at weekends when alcohol-related disorder and fights at takeaways could occur.

Councillor O’Quinn said that the owners failing to realise that they needed a licence was like someone buying a house without having a survey.

Previous takeaways and cafés at the premises had closed at 11pm, she said, adding: “It’s a bit like saying you haven’t done your homework.

“It may not be West Street but you have a responsibility to know the law and the legislation around this and to be a responsible owner.

“You’ve gone into this like it’s cowboy territory, thinking you can do what you like. This is not what you should have done and it would have saved you a lot of heartache.”

She told the owners that if they had chosen somewhere further from the centre of Brighton, they might not have had the same problems but takeaways had caused problems in the past.

Councillor O’Quinn said that the panel would have to do quite a bit of thinking about the application, as the owners had offered to do “anything” to keep the business open for a couple of hours after 11pm.

The panel’s decision is due to be made public in five working days.