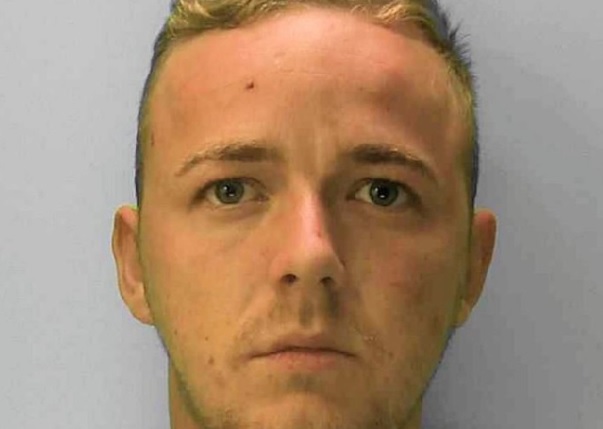 A driver was caught speeding at 75mph in a 30mph zone, then tried to blame it on someone who does not exist.

Troy Pynn has been jailed after he was caught speeding twice at the same location on the A259 Marine Parade, Brighton.

A black Audi A5 Quattro Sport activated a 30mph speed camera – firstly at 37mph on the evening of 9 February 2018 and secondly at 75mph in the early hours of 10 February 2018 – and enquiries ensued to locate the driver responsible.

Pynn, who was insured to the vehicle at the time, returned a Notice of Intended Prosecution (NIP) and nominated another person. However, the person did not appear to exist and the telephone number he provided did not work.

It was later established that Pynn had booked a room at the Jurys Inn in Stroudley Road, Brighton, on 9 February 2018.

Around 2am on 10 February, he was witnessed leaving the hotel in a car which was the same make and model, and had the same registration, as the vehicle which twice activated the speed camera.

Pynn, 24, an electrician, of Fountains Close, Eastbourne, was sent a letter requesting a voluntary attendance interview under caution, and an appointment was made for him to attend Shoreham Police Station on 19 October 2018.

On that day, Pynn called to confirm the time and location of his appointment, using the same mobile number which he used to book the hotel room in Brighton.

In interview, he denied owning the vehicle or having anything to do with it, and answered “no comment” to all other questions put to him.

He was listed to face trial at Lewes Crown Court on 9 October this year, at which point he eventually pleaded guilty to committing an act or series of acts with intent to pervert the course of justice.

On Monday 11 November, he was sentenced to 28 days’ imprisonment, disqualified from driving for six weeks (starting from 9 October – the date of his interim disqualification) and ordered to pay £1,500 towards the costs of the prosecution.

Chris Raynor, of the Sussex Police Camera and Ticket Process Team, said: “It was clear that Pynn was the driver at the time of the offence and had falsely nominated another person in order to avoid responsibility for his actions. In doing so, he committed a more serious offence of perverting the course of justice, which is why he is now serving time in prison.”

Operation Pinocchio was launched by Sussex Police in 2016 with the following aims:

To improve safety on Sussex’s roads by tracing and prosecuting offenders who provide false information in an attempt to avoid prosecution;
And to prevent law-abiding motorists, who have been badly advised, from committing serious criminal offences by attempting to avoid speeding or red light offences.