The Brighton i360 has given a £90 million boost to the economy of the local area, according to a report published this morning (Wednesday 20 November).

The independent report found that the seafront attraction employed more than 120 people directly and supported almost 450 jobs in total.

It has also contributed towards the cost of revamping the surrounding area, with revived arches now housing local businesses which contribute to the local economy themselves.

And these had been boosted by new attractions like the neighbouring Upside Down House.

The report, by the Marshall Regen consultancy, said that by the time the i360 has repaid two key loans – worth £40 million in total – it will have contributed £640 million to the Brighton and Hove economy.

The business has faced criticism for deferring about £2.5 million in repayments to Brighton and Hove City Council which brokered the i360’s biggest start-up loan – worth just over £36 million.

But behind the scenes, moves are believed to be under way to reschedule the debt, perhaps altering the timetable for repayments.

The underlying message, though, appears to be that the money will be paid off in full and within the original timescale as far as possible.

With the publication of the Economic and Social Impact Report today, i360 bosses spelt out the bigger picture.

They were doing so just over a week before an official report is expected to update senior councillors on the attraction’s performance, including its visitor numbers and financial results.

The i360’s chief operating officer Ian Hart said that things were looking for the i360.

He said that the picture over the first three years was a positive one, with the i360 having become Brighton’s top paid-for visitor attraction.

The Marshall Regen report said that it was the primary reason for coming to Brighton and Hove for 1 per cent of visitors.

Although the percentage is small, with more than 10 million tourists or visitors each year, this equated to 100,000 people.

And since opening in August 2016, the total number of people going up the i360 has topped 1.1 million. The attraction has also worked extensively with local schools and charities. 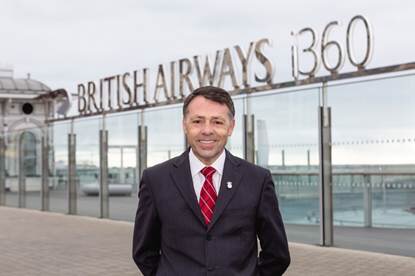 Mr Hart spoke about plans to improve and extend the i360’s marketing reach, adding: “There is a lot more potential.”

Founding director Julia Barfield said: “We take our social and economic responsibilities very seriously and we have been a catalyst for regeneration in the local area.

“The report found that we have directly attracted about 100,000 visitors to Brighton. And we can improve on that.”

She said that the i360 was not only Brighton and Hove’s top paid tourist attraction but now a key landmark on the seafront. And with sponsorship from British Airways, it was helping to put Brighton on the map for even more people at home and abroad. 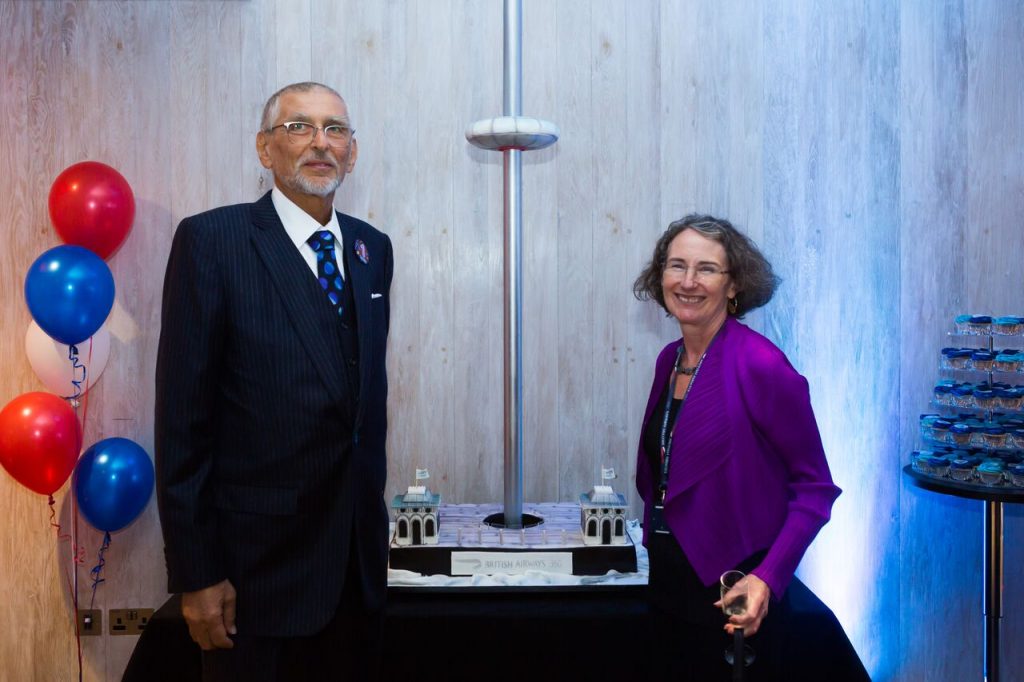 Architect and designers: Julia Barfield and her late husband David Marks celebrating the first anniversary of the i360

She added: “Our economic and social value impact is significant both as a visitor attraction paying the living wage and as an environmentally responsible business addressing climate change challenges.

“I am delighted to champion our commitment to working with and supporting local businesses and in contracting with a wide range of local suppliers.

“We pride ourselves in showcasing the work of many Brighton and Hove artists.

“The Brighton i360 board has plans to continue to improve the performance of the attraction.

“We will strengthen our focus on marketing, develop a diverse range of offers and work closely with partners – including Visit Brighton, the Tourism Alliance and the city council – to ensure that Brighton i360 remains a key part of the city’s economic, cultural and social identity in the future.”