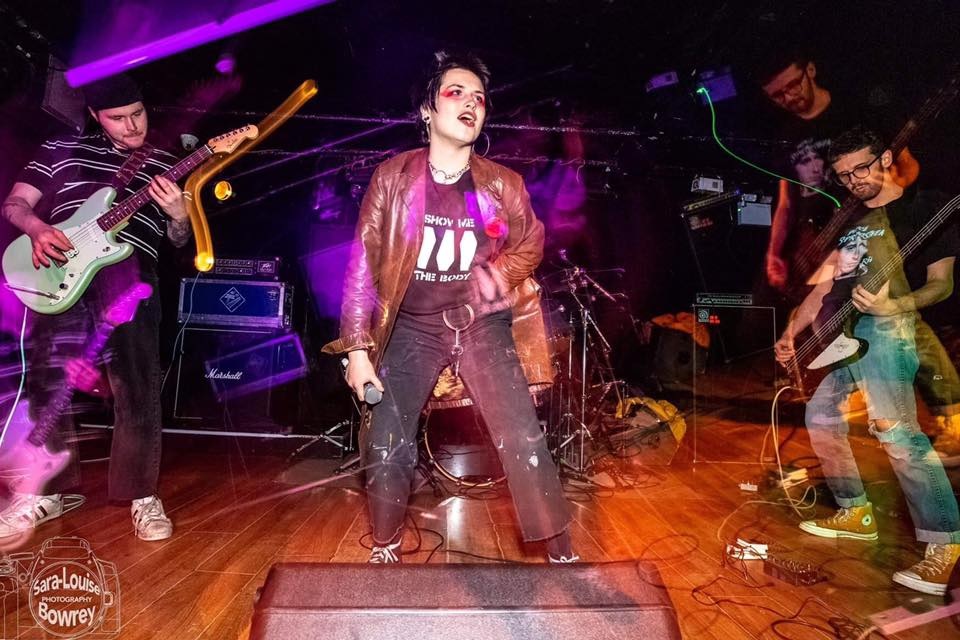 The Brighton & Hove New Music Team have been fortunate to have witnessed a couple of live sets from up-and-coming Brighton punk outfit Plastics during the last few months and they are a very exciting prospect indeed.

They formed exactly a year ago in January 2019 and are led by female vocalist Oli Carter Hopkins along with Sam Rack, James Claringbould and Louis Orm. The four-piece are an out-and-out punk band who would seriously go down well on the same bill as many of the bands who performed at Sheffield’s HRH Punk festival and Blackpool’s Rebellion punk festival this year. 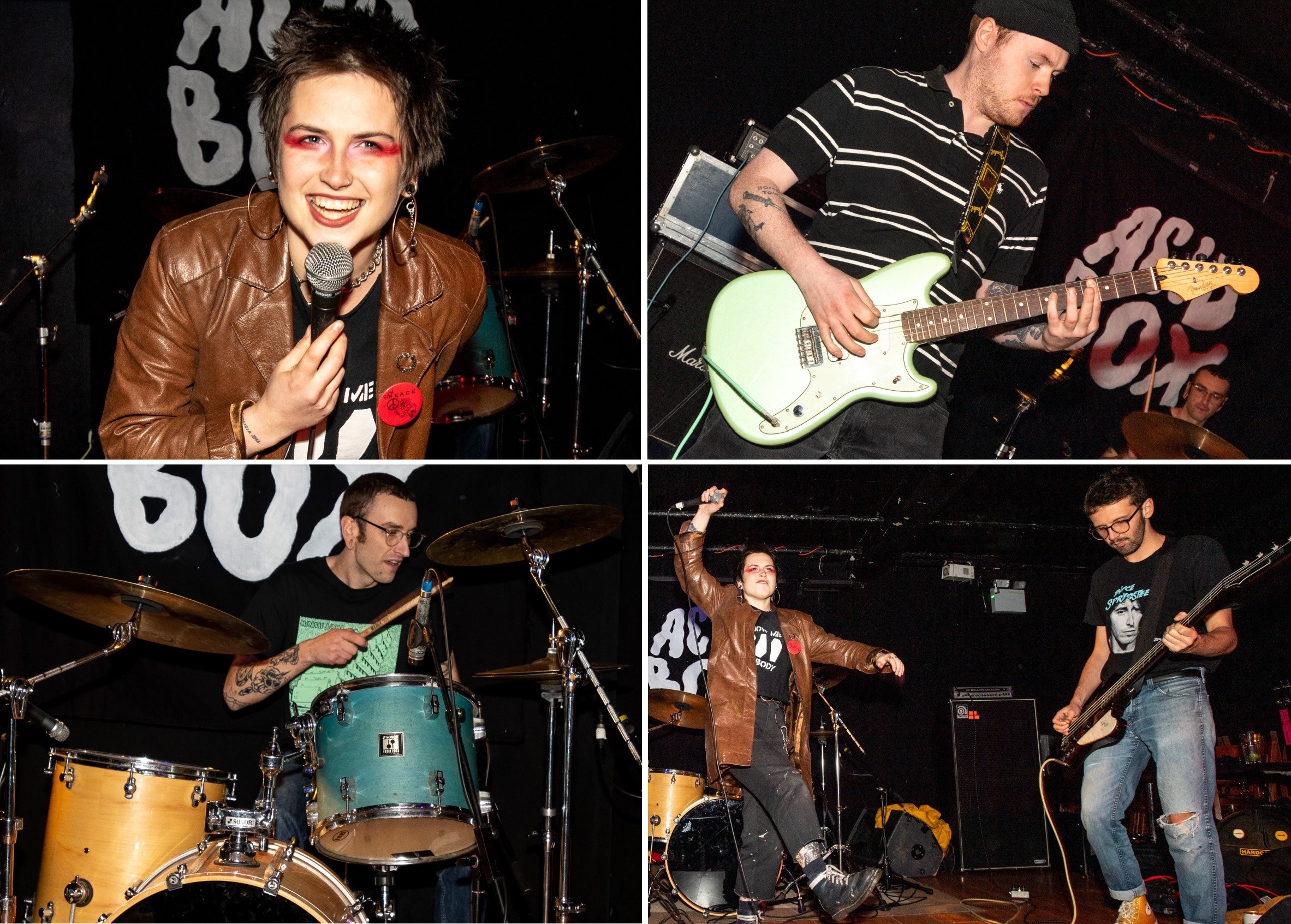 Plastics offer up loud shouty punk with uncompromising ethics. Even their name sounds like an old Brighton band who would have existed in the late 1970’s and released tracks on Attrix Records.

Thankfully the band has just announced details of their debut release, which will be titled ‘Plastic World’ and is due for release on the 13th January. It will be in the form of a 6 track limited cassette tape. To celebrate this, Plastics have announced details of their ‘Plastic World’ Release Party, which will be happening here in Brighton at Cowley Club located at 12 London Road, BN1 4JA on Thursday 30th January 2020 from 8pm to 11pm. Entry is just £5 on the night.

The ‘Plastic World’ cassette will be available to purchase at the show along with some other goodies!

Support on the night will come from Saliva who have just released their own 7 track ‘Demo’ cassette, which no doubt will also be up for grabs at the Cowley Club gig. Saliva is a brand new band from London who will be hitting the M23 in order to give you a taste of their debut release. The outfit features members of Fex Urbis, Vile Spirit and more.

Also on the bill will be Brighton’s very own Bodily Fluids who will offering up their very own brand of noise which features new “songs”! 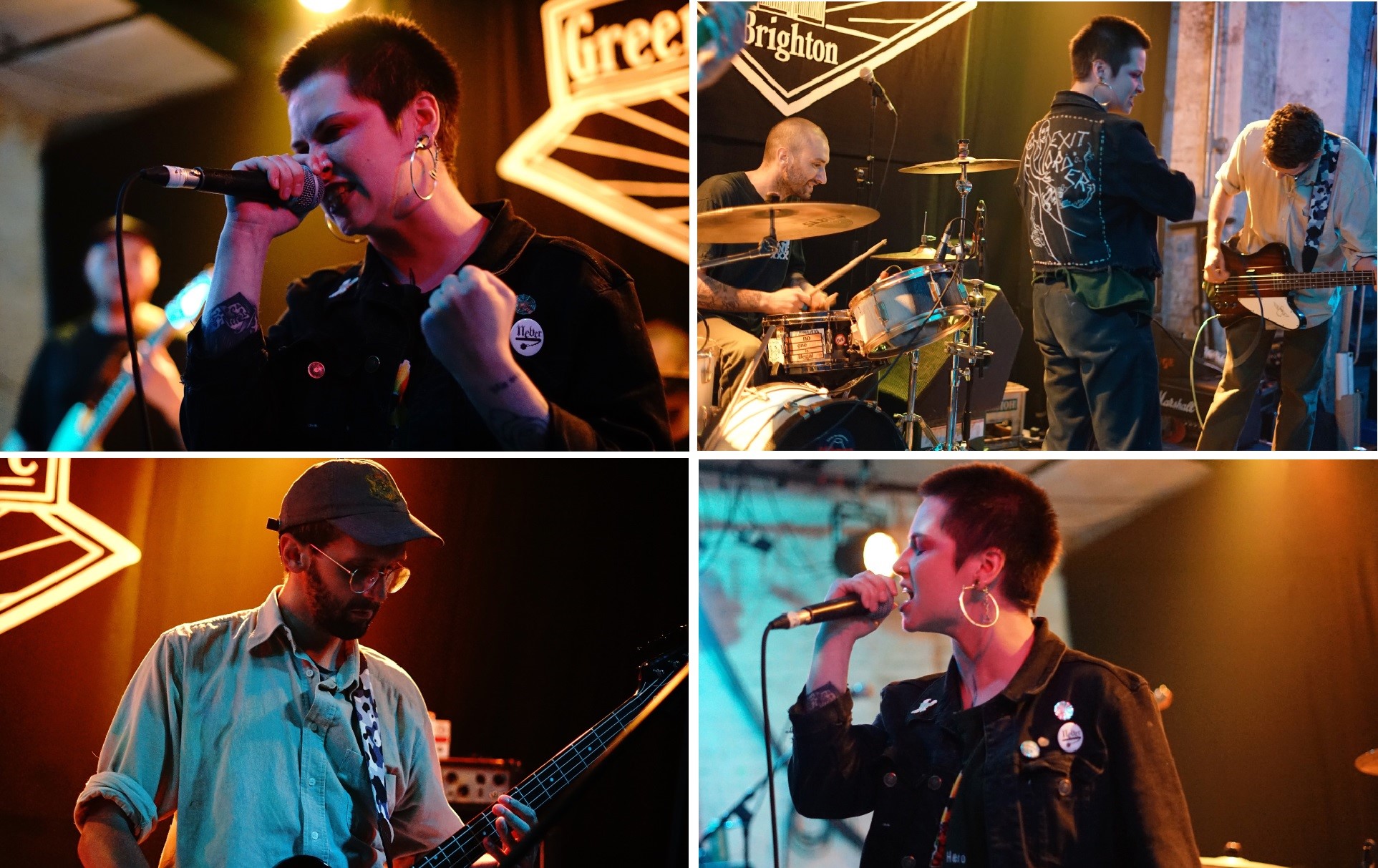