Fire staff said that they were disgusted to have been thrown out of a meeting where a crucial decision about public safety ended up being made in secret.

And heartbroken staff fear that lives will be put at risk as a result of the decision being made without input from those working on the front line.

East Sussex Fire Authority, which oversees the fire service in Brighton and Hove, voted – behind closed doors – to entrust the handling of its 999 calls to a control room run by Surrey Fire and Rescue Service.

Surrey was rated inadequate in an official report – the worst rating – with inspectors raising “serious concerns” about the fire service’s performance in keeping people safe.

After the public were ordered out of the meeting at County Hall, in Lewes, including East Sussex Fire and Rescue Service staff, Steve Oakman, from the Fire Brigades Union (FBU), backed colleagues who described the decision to hold the debate in secret as “disgusting” and “disappointing”.

One of the fire authority members who called for the debate to take place in public, Councillor Kathryn Field, said: “We are not discussing the confidential tendering of commercial contracts and we are discussing spending large amounts of public money.”

One member of control room staff said: “The public have a right to know when a decision is made that could put lives at risk.

“We understand when there is a need for commercial confidentiality but there are no business interests at stake today.”

Mr Oakman, the FBU secretary for East Sussex, said: “This will lead to a detriment to fire control which will put lives at risk. That’s been apparent from what is going on already in Surrey.

“It will also lead to a loss of the local knowledge of our control staff and, of course, job losses as well.”

The control room currently has 28 “full-time equivalent” staff who fear losing their jobs although Deputy Chief Fire Officer Mark O’Brien said that they would be transferred to Surrey or redeployed if possible.

The meeting was told that the FBU had sent Surrey Fire and Rescue a “safety critical notice” because of concerns about “failings” at its control room in Salfords.

The “advisory” document was also shared with senior officers in East Sussex as well as the councillors who serve as members of the fire authority. 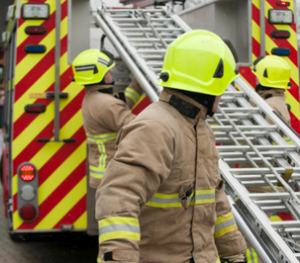 West Sussex Fire and Rescue has already joined forces with Surrey for control room operations after pulling out of an arrangement with East Sussex in a move known as “Wexit”.

West Sussex itself is subject to a reinspection next week by the official watchdog, Her Majesty’s Inspectorate of Constabulary and Fire and Rescue Services.

Since West Sussex shifted its control from operations to Surrey last month, staff at one fire station alone – Haywards Heath – have submitted at least a dozen “hazard reports”.

Mr O’Brien said that the decision was driven by “operational benefits” rather financial savings although the Surrey deal will cost about £11 million over seven years.

A standalone control room for East Sussex, which staff said would be safer, especially if run alongside the Sussex Police control room, was estimated to cost about £15 million – a level that Mr O’Brien said taxpayers could not afford. It would potentially lead to savings having to be made elsewhere by fire chiefs, possibly from frontline services.

But a bigger pool of staff covering three counties would allow for greater resilience, Mr O’Brien said, and opportunities for more collaboration on training and the efficient use of equipment and other resources. 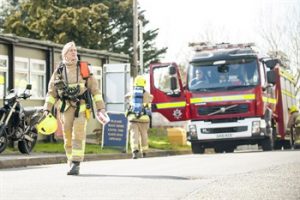 The control room in East Sussex, which handles about 9,000 calls a year, has previously moved from Lewes to Eastbourne and – six years ago – to Haywards Heath.

Staff emphasised the value of local knowledge and noted that the Surrey control room had recently sent a Worthing crew to a false alarm in Brighton and crews from Haywards Heath and Burgess Hill to a crash in Eastbourne.

Mr Oakman said: “When someone in Brighton phones someone in Surrey, they’re not going to have the same local knowledge.

“Control room staffing is at a level that’s already chilling at times. Why would you make it worse?”