By : By Madeleine Pritchard, Maddy Mussen and Jo Wadsworth
Comments: 2 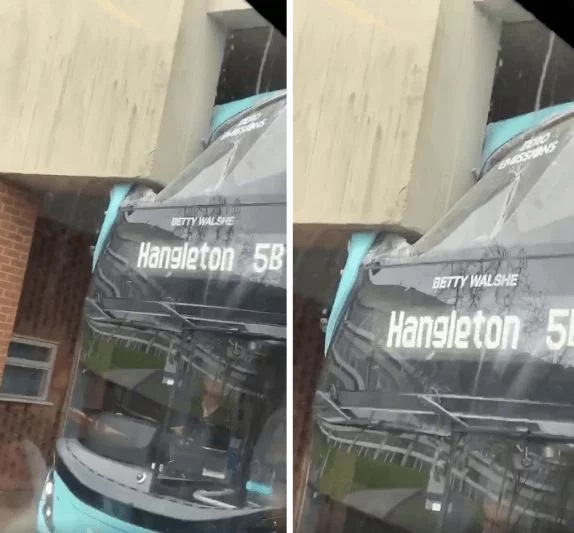 A passer by was left with minor injuries from falling glass after a bus crashed into a building on Falmer campus.

The 5B smashed into the side of Pevensey I at about 1.30pm yesterday.

The bus was not carrying any passengers and the driver was unhurt, but a pedestrian suffered a minor cut.

The Tab news website reported a Sussex student saying: “The bus was overtaking the 25x in front just before the bridge and as he was passing, I heard the glass shatter and saw the bus had crashed.

“You could see the bus was empty though.”

Brighton and Hove Buses’ Communications Manager Marie Sansom said that nobody inside the bus was hurt.

She said: “A pedestrian suffered a minor cut as a result of falling glass and was treated by a first-aider at the scene.”

Buses were diverted straight to Falmer Station for about an hour as a result.