An evening of punk rock 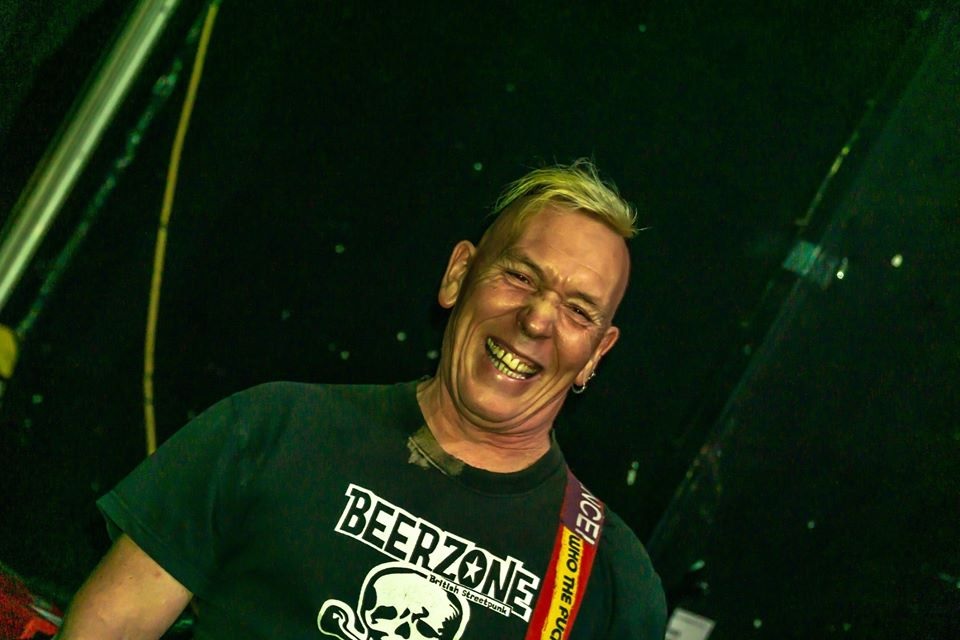 We arrived at The Carlisle after braving the wind and driving rain, just before 8pm and met up with a few familiar faces from gigs over in Hastings and Bexhill-On-Sea.

First up tonight was Punka. This act is a South East based, original 3-piece punk band. The lineup is: Martin Ray (vocals/guitar), Tommy Frost (drums), and Marty Haslam (bass/backing vocals). The band formed in January 2014 and they have just released their debut album entitled ‘Ever Get The Feeling You’ve Been Cheated?’, available to listen HERE . I have a copy of the album and love it and was looking forward to them performing some of the tracks live.

I saw the band twice last year, one of those times supporting tonight’s headliners, ‘Control’. Tonight, they kicked off their set with ‘Even Angrier This Time’, which is the first track from the new album’, fast and frantic and I love the guitar sound of Punka. Second up ‘Don’t Know Them’, and people were now moving closer up the front to get a better view. The next ‘Meat Carrot’, so the first 3 tracks from the album – great stuff.

Next a Sex Pistols reference, I would think ‘Ever Get The Feeling You’ve Been Cheated?’. The crowd were enjoying the set and the venue was beginning to get busier. ‘N.R.A’ was next, which is one of my favourite Punka songs and great live.

The highlights of the set for me were ‘Even Angrier’, ‘N.R.A’, ‘Welcome To The End’, Get The Knife, and ‘Jaeger Bomb’.

Punka are a great band and I hope the album gets the recognition it deserves. Check them out on Facebook. 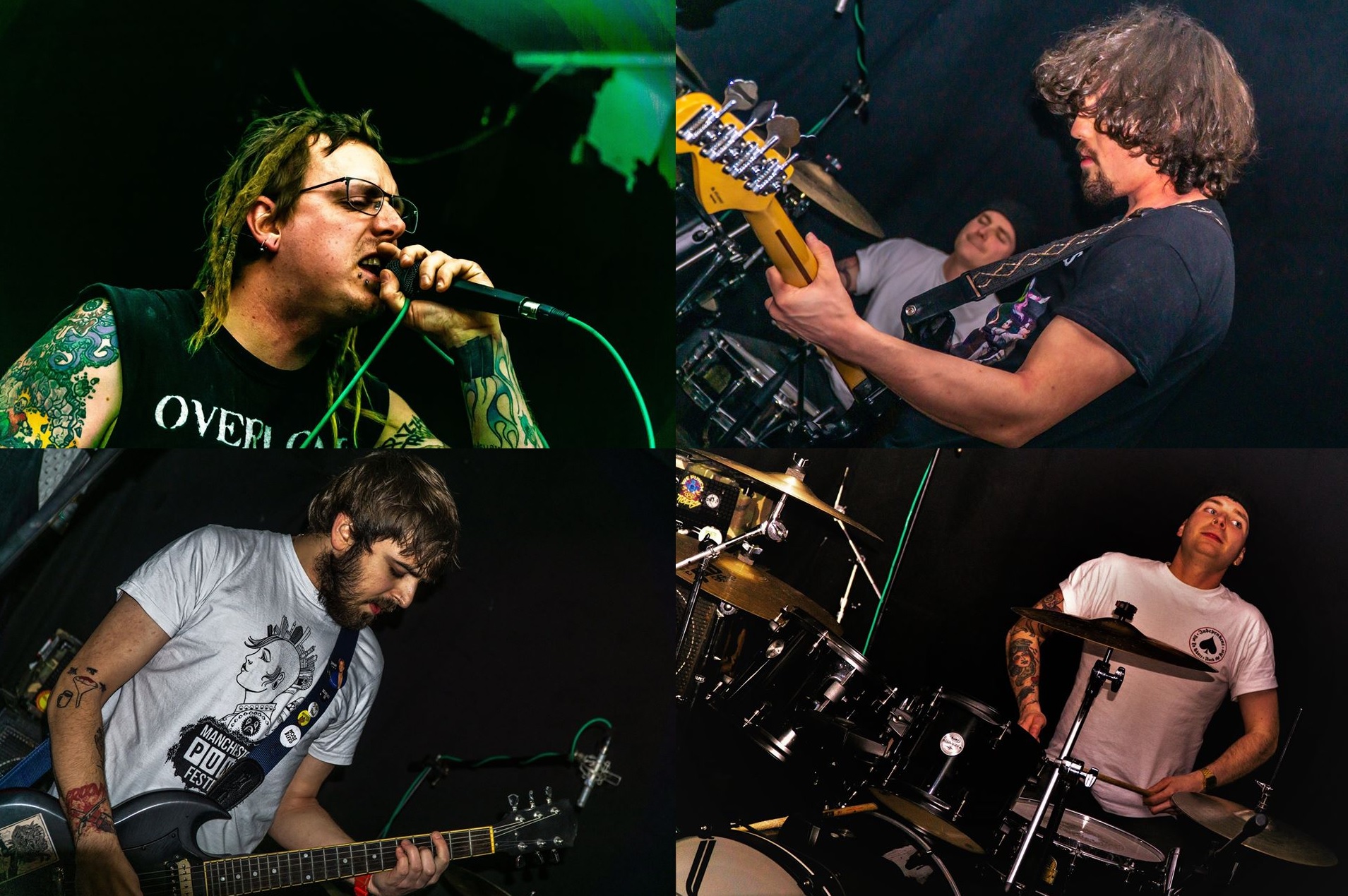 Next up the Butane Regulators. A first for me, as I hadn’t seen this band before, but have heard great things about them. The Butane Regulators are a band based in Hastings. They formed in late 2016 and describe themselves as “playing an awful slightly politically driven, anti-war racket that is sometimes considered as punk”. They played 40 gigs as the original line-up from 2016-2018 and recorded a couple of demos and an EP called ‘Songs About Happy Stuff’, with Doug Bruce on vocals, Nathan Boyden on guitar, and Henry Midgley on drums. The band later re-formed in early 2019 with Isaac Wright as the new drummer and Ewan Fitzgerald on Bass.

I really didn’t know what to expect. They took the stage and It was just brilliant fun! I do have the setlist the band gave me, but there is a health warning on the contents. They just played and even made stuff up on the hoof. The lead vocals from Doug Bruce were great and I felt had different influences from so many other bands, Maybe Subhumans but maybe not. I loved his vocals and his fun. Great performer and frontman. Nathan can really play that guitar too. Anyway, the crowd absolutely loved it with lots of dancing up the front.

The setlist? Well here it is, Not sure, which one was renamed ‘Quiche Lorraine’ though but first; ‘Hirrudinsa’, ‘Content Irrelevant’, ‘SK8 Punk’, ‘Eat, S**t, And Die’, ‘Splash Fash’, ‘I Shat Myself’ (Great story with that song)’, ‘When You’re In The Kitchen Cooking Something On The Hob And You Ran Over To Check The Saucepan Isn’t Boiling Over And You Hit Your Head On The Side Of The Extractor Fan’, ‘Blood Media’, ‘Beer On The Felt’, ‘Hang Them By Their Ties’, ‘8 Count’, ‘Red Coat Murdered’, ‘15 Years’, ‘Tun Lyfe.

They are supporting Subhumans in Hastings on 6th March at Crowley’s, but it’s already sold out. So if you haven’t already got a ticket, then the next best thing is to have a listen to their new EP which they have just released entitled ‘Bring Your Nan’. Listen HERE. 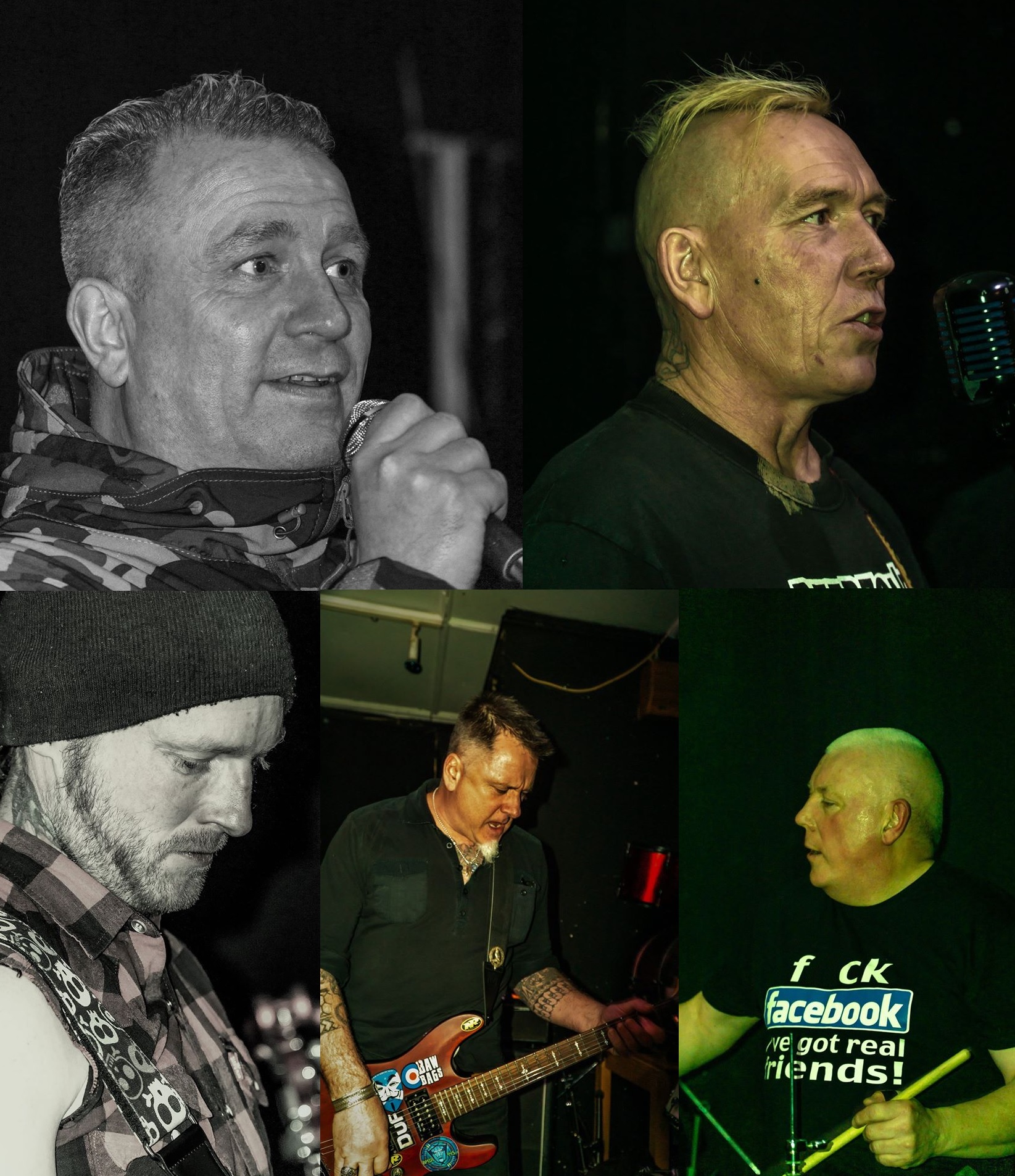 Next up Control. The first time I saw them was around 2010, I think. I remember that Control never wanted to be compared to other bands and that they were keen to own their identity, which they certainly have. I have 3 of their albums and play them to death. Control describes themselves, “We started in early 2008 and with our influences being deeply rooted in Punk and Oi! with a smattering of Rock & Roll and anything with attitude. Once we put all our influences together, there was only one type of music that we would come up with, Hooligan Rock & Roll. It may not be for the purists, but it’s straight from the heart, the way it should be. We write songs about the things that affect us in everyday life and deliver them in a hard-hitting, attitude-soaked, comment-laden, infectious style, which we call Hooligan Rock & Roll. Hope you enjoy our noise, and if you do, see you down the front”. Well I love the noise and I am always down the front.

The band got onto the stage and were ready to play but Iain was missing, and no one seemed to know where he was. It took around 10 minutes for someone to find him. It seemed he was told the wrong start time. It was quite funny really. Anyway, off we went with the first number ‘Punk Rock Ruined My Life’, A great start to the set and one of my favourites. Next up ‘No Help For Heroes’. There were a lot of younger fans and it was brilliant seeing them enjoying this band and dancing and jumping around down the front. Next up ‘Home Fires Burning’, It was this song that made me remember how much I love this band. They are all great and approachable and also schedule and run the ‘Punk On The Peninsular’ Festival each year.

Next ‘Anti-Social Media’, The set continued and we were treated to many of the favourites including; ‘United In Blood’, ‘Hooligan Rock ‘N’ Roll’, ‘Stand Up And Fight’ and ‘Democracy Is Dead’, which is from the latest album. Available HERE.

Part way through the set Ian introduced us to a couple that met at a Control gig in Finland and announced they were to get married. The whole crowd cheered and then into the next song. It was a brilliant gig 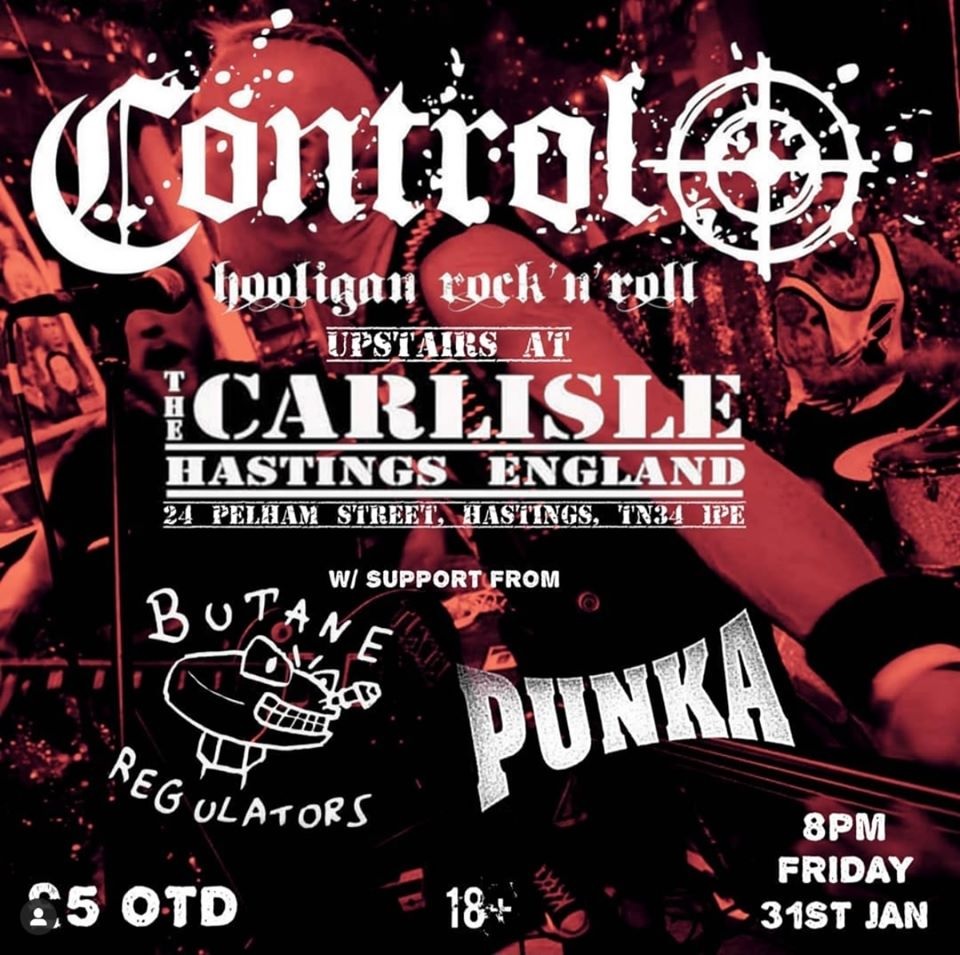