Brighton Kemptown MP filmed dancing like a chicken in Parliament 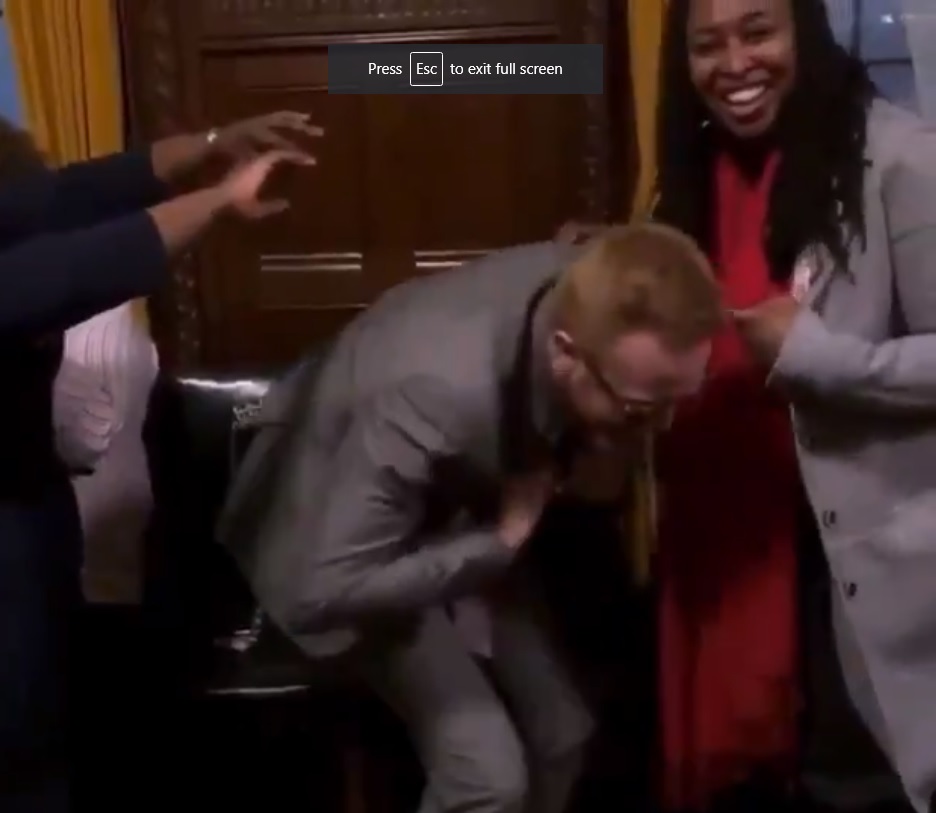 A bizarre video of Brighton Kemptown MP Lloyd Russell-Moyle dancing like a chicken in the House of Commons has been published.

The video shows him being pushed by fellow Labour MP Abena Oppong-Asare while shadow minister and deputy leader hopeful Dawn Butler points at him crouching and flapping his arms.

It was filmed and then posted on Tik Tok and Twitter on Tuesday by student and Labour member Maliha Reza as a parody of a Vine posted in 2016 by Kylie Jenner.

In reply, Mr Russell-Moyle says: “I felt bullied into doing this.”

Ms Reza said she thought this might be the first Tik Tok filmed in Parliament.