Ezequeil Schelotto makes a rare start as Glenn Murray continues up front on his own. 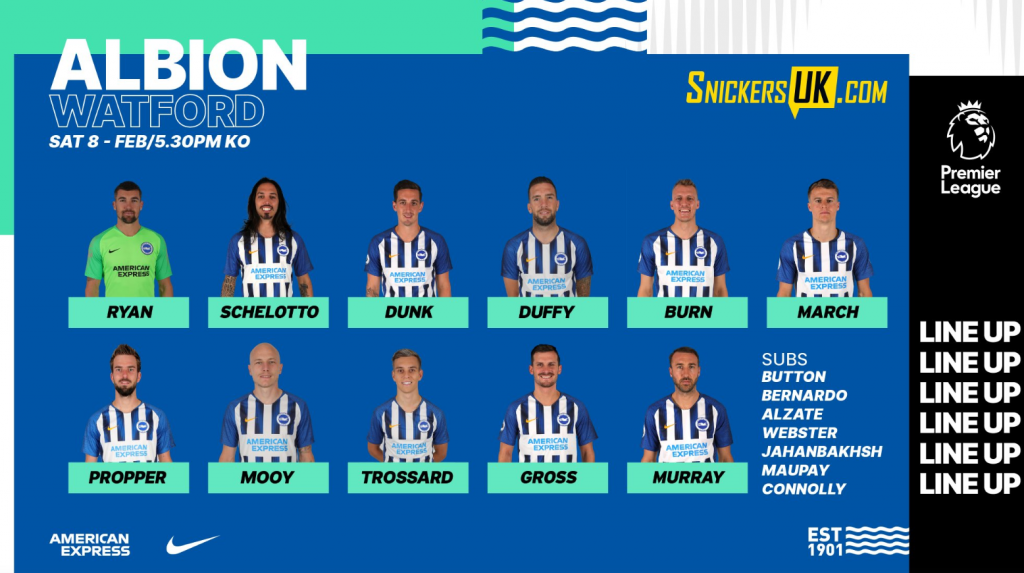 Dan Burn joins Lewis Dunk and Shane Duffy at the back.

Solly March is included in the starting line up along with Davy Propper, Aaron Mooy, Leandro Trossard and Pascal Gross, with Maty Ryan in goal.

Among those on the bench are Aaron Connolly, Neal Maupay and Ali Jahanbakhsh.

The match is a vital six-pointer for 15th place Albion against a club currently in 19th – one place above bottom side Norwich City.

With 26 points from 25 games, the Seagulls have three points more than the Hornets but a superior goal difference.