The Fallen Leaves blow into Brighton during Storm Ciara 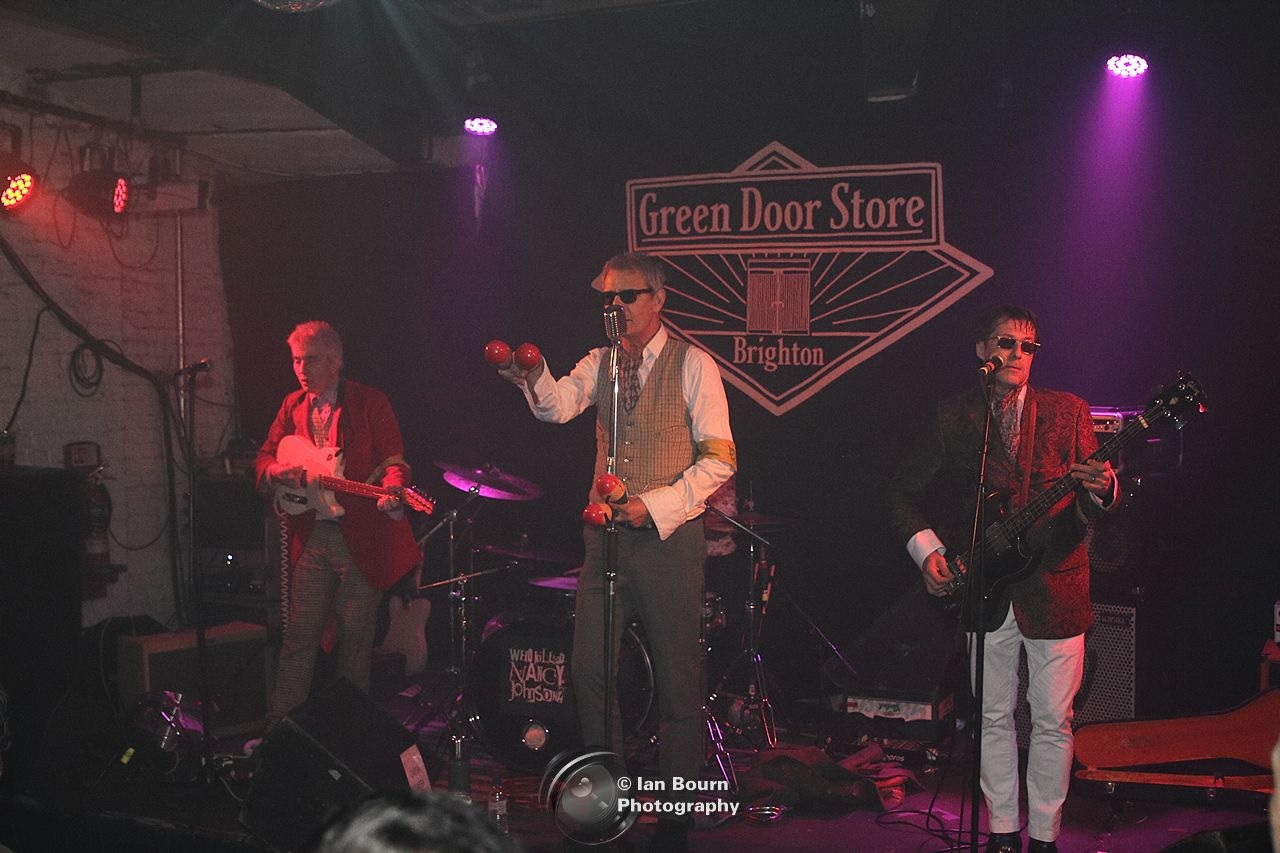 So good to see The Fallen Leaves back in Brighton courtesy of local promoters Spinningchilli. You can never have enough of ‘The Leaves’ – Infectious isn’t the word!

What does The Fallen Leaves Manifesto say? Rob reminds us–“No jeans. No t-shirts. No cover-versions”. The Fallen Leaves believe in the DIY punk ethos. Song, sound and performance are all. As the self-proclaimed champions of the glorious underachievers The Fallen Leaves ask you to remember …… “Simple and easy are not the same thing.” 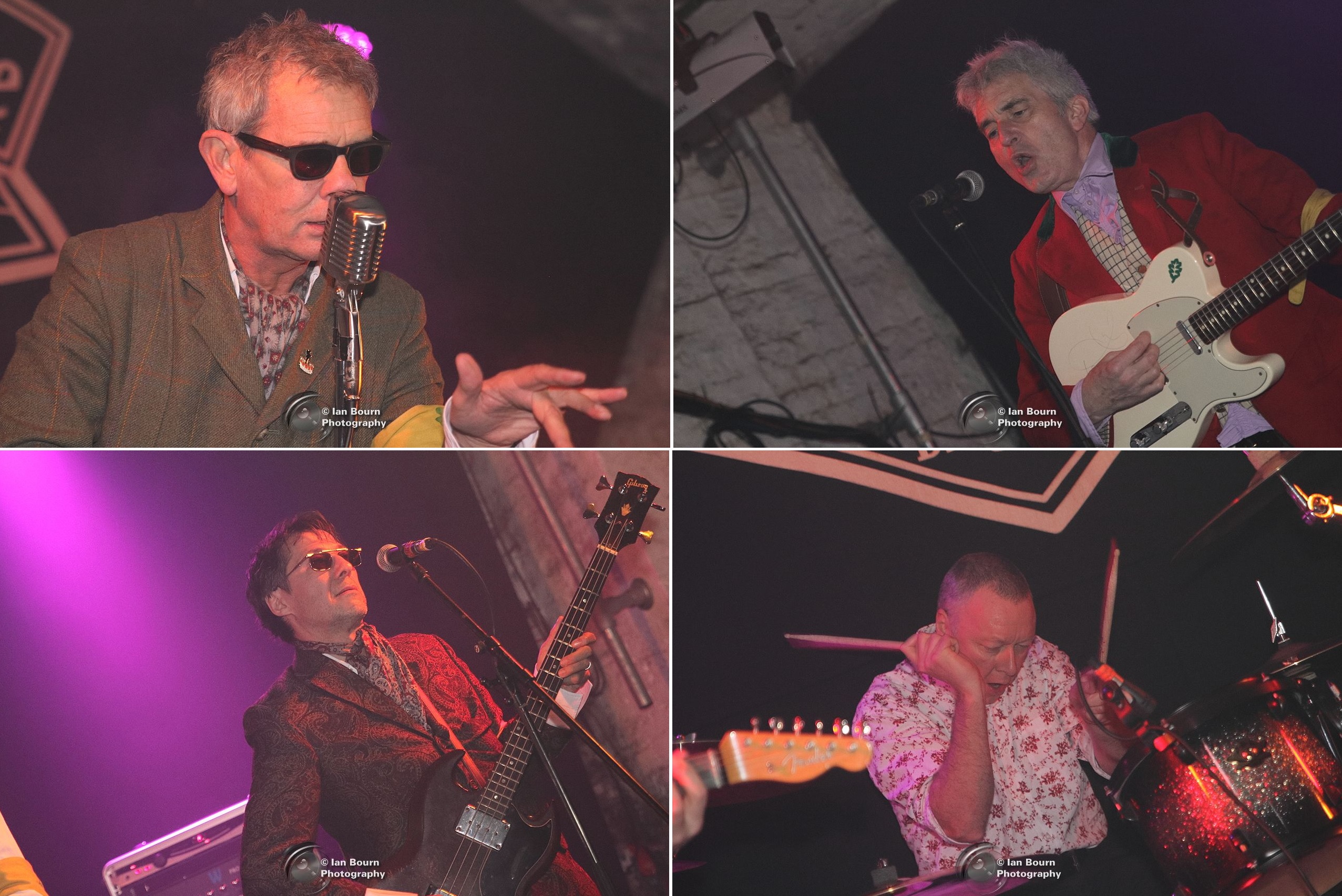 I missed the guys when they last came to town sadly. But not tonight! The Fallen Leaves had blown into Brighton carried by Storm Ciara. The inclement weather and the warnings had pretty much cleared the Brighton streets of people and sadly this meant the numbers were reduced slightly at the popular Green Door Store.

The set ran for just over an hour and was packed with exciting songs from the extensive catalogue of releases from The Fallen Leaves. A new live album has been recently released, and the set was made up of many of the songs from that. We got a heady mix of perfect punk rock guitar from Rob Symmons, a powerful bass delivered with style from Matthew Karas, and all topped off with a generous lashing of damn fine drumming from Brett Ascott.

Rob stands centre stage controlling events with his very tall radio hall style mic, perfectly matching his stature. The Fallen Leaves treat everyone to an hour of their own beautifully crafted sound of riff laden guitar-driven punk, theatrics and theatre. We had some Leaves classics. A quick clear of the throat and Rob Green, clutching four maracas,led us off with ‘Prodigal Son’.

The bass riff from Matthew led us into ‘I Made A Mistake’. It always reminds me of the old Hamlet cigar advert and the R Valens song ‘Framed’ covered by Alex Harvey. It’s a great song. Lots of guitar sniping from Sir Symmons. The classics were all there tonight and Rob Green gives himself a break from the vocals of ‘Shining’ as he pours himself a mug of tea from his flask. The two Robs lining up the crowd with their shooting stick and guitar. ‘Green Eyes FC’ was in there with that infectious chorus line. ‘Motorcycle Girl’ ramped things up as did ‘Lavender Girl’.

The smaller than usual crowd gave the guys warm appreciative applause and we had a two song encore and the set closed with ‘Trouble’. A brilliant classic performance from The Fallen Leaves. One would expect nothing less from them and they never disappoint.

Find out more about The Fallen Leaves HERE. 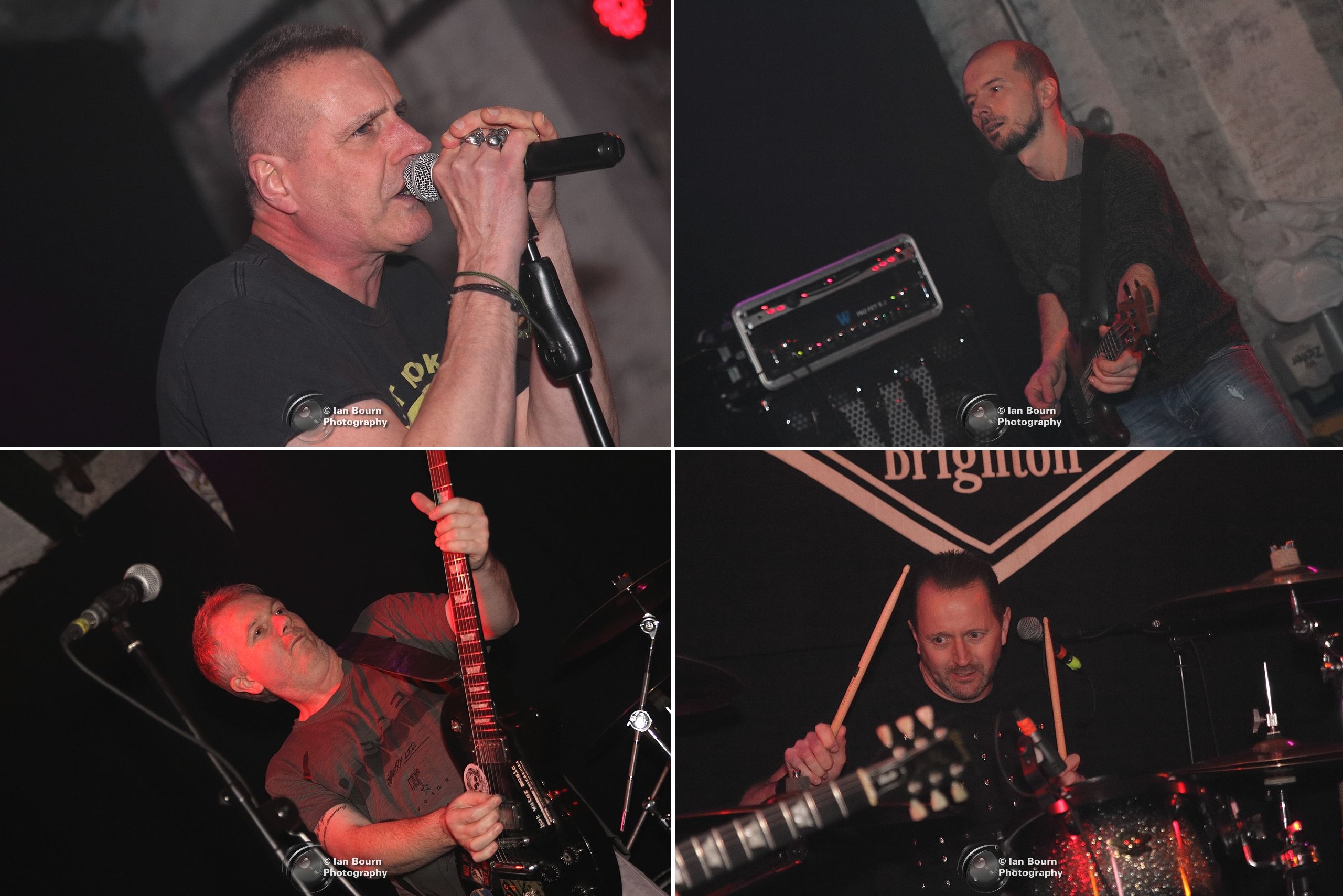 The best live UK band you haven’t seen yet! Who Killed Nancy Johnson? are a high-energy and heavy punk band whose influences include The Stooges, The Ruts, Buzzcocks, The Rezillos, Alkaline Trio, Tsar, Ash, Lit, Rival Schools, The Drills, 3 Colours Red, Weezer, and Sabbath. Their songs are all original.

Its been awhile since we last met up, it is rumoured that WKNJ were the last band to play The Pelirocco Hotel – they are loud. (Read our review HERE). They are fast. They are rather good.

Stefan had warned me pre gig the music had got harder and tougher. He was right. Make no mistake WKNJ are a punk band, sometimes leaning into post-punk, sometimes hardcore, sometimes post-hardcore. Occasionally there’s a nod to goth. The lyrics are sometimes political and sometimes philosophical – then it gets fast and vicious. A punk band.

The guys are doing pretty well with a load of gigs coming up, some new music with a new album coming up real soon. Can not wait for that! It’s always a blast to catch up with these guys. They love what they do with a passion. Plenty of laughter and banter, but strap them into their instruments and they become an unstoppable force. Pete had just recently replaced his amp, and he had that sound howling at us tonight.

Some newer material served up tonight. Every song laced with buzzing and howling guitars, thumping bass lines working with the pound of the drums. All topped off with the vocal work from Stefan.

Stefan before the set prowled the venue like a caged tiger, or a boxer before the big fight. He paced and circled the crowd as they came through into the performance area at the Green Door Store. The band kicked off with ‘Rothmans’, ‘Not Lizards’ and ‘They Reap’.

Stefan is a perfect front lead for his band, he frequently peers out into the audience making eye contact with as many people as possible. He has his own mic stand now. He leans on it, drops it and plunges it into the stage – all the while delivering a powerful vocal performance. He does not stop. A song I hadn’t heard before a self titled belter called ‘Who Killed Nancy Johnson?’. The short but blistering set came to an end with ‘Six Fingers’ and ‘Trash’.

Heck, that was loud and furious. 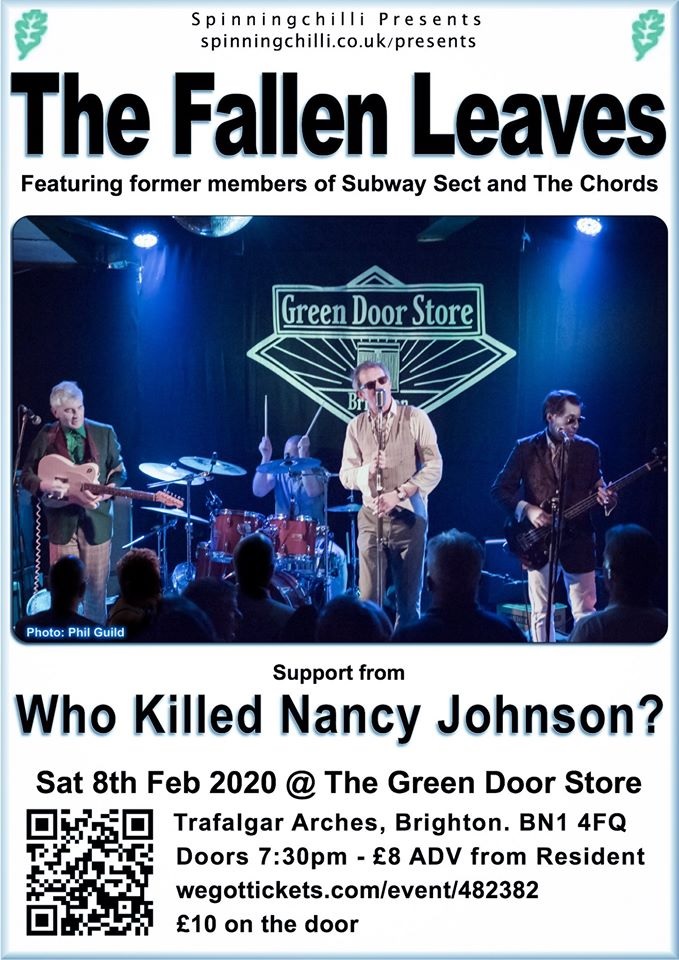