Taxi driver among those told to self-isolate this week 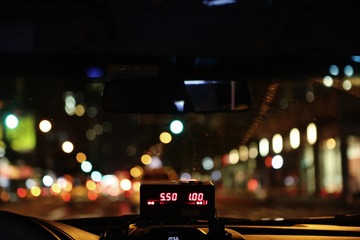 A Brighton taxi driver is believed to be among those who have been told to self-isolate after coming into contact with coronavirus.

The cabbie is among dozens of people contacted after five people from the city were confirmed to have the virus.

It’s believed he came into contact with one of the four new cases announced on Monday.

So far, people from six schools including pupils and staff members have been told to self-isolate after coming into contact with people diagnosed with coronavirus – or in the case of one staff member, being close to someone else who had.

At least five medical centres have closed for deep cleaning or other coronavirus related measures, including Warmdene surgery at the County Oak Medical Centre and its branch surgery in Deneway.

Dr Catriona Greenwood was a partner there and continued to locum at Warmdene, and had worked an admin day with no patient contact before being told to self-isolate herself.

It’s believed she, along with 11 others including another Brighton doctor, two other Brighton and Hove men, her husband Bob Saynor and their nine-year-old son, picked up the bug from Steve Walsh, whose unwitting infectiousness has seen him dubbed the superspreader.

Her husband and son are in France along with three other UK nationals. One more UK national is receiving treatment in London, and another in Majorca.

A yoga teacher at the Cornerstone Community Centre in Hove who came into contact with Mr Walsh is also in self-isolation, and Patcham Nursing Home has closed to visitors after establishing one of the two medics diagnosed with coronavirus visited.

A student from Sussex University is currently undergoing testing for the virus, along with a patient at the Haven mental health crisis assessment unit at Mill View Hospital, where two nurses are currently being held in quarantine.