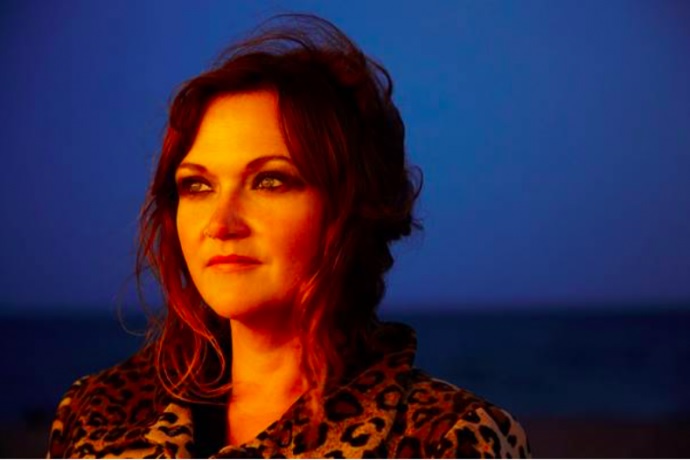 Hayley Ross is an outlier, a one-off, a self-starter and quiet disruptor who refuses to be pinned down. And she’s about to release one of the most haunting albums of 2020, ‘The Weight Of Hope’, mixed by John (Stone Roses) Leckie, and mastered at Abbey Road studios.

Hayley Ross lives by the sea here in Brighton. She grew up in Walton-on-Thames, has spent time in the Caribbean, and is right now renovating a fishing trawler to live on in Newhaven. Fascinated by water, as a child she dreamed of being a mermaid, and there’s a distinctive watery theme running through her debut album, ‘The Weight Of Hope’– notably on tracks like ‘Barracuda’ and ‘Lay Me Down’. And tracing recurring themes is just one of the many pleasures of immersing yourself in this evocative, allusive work.

Self-effacing, but also rightly confident of her musical ability, she’s a perfectionist who also loves flaws… and she’s a bloody determined woman.

As a girl, Hayley Ross was surrounded by so much different music and endless mix-tapes that she sometimes wouldn’t know who she was listening to. Her father loved Bob Dylan, and she had three older brothers; one of them into acid house, another into The Smiths and Talking Heads, and one introduced her to the Velvet Underground aged 12. “I heard that song, ‘Venus In Furs’, and thought ‘Jesus, what’s that!’ It really sparked something in me.” Music is also in her DNA on her mother’s side, with an opera-singing uncle who’d performed at Glyndebourne, and a great aunt who’d dazzled on the piano.

Exploring further, Hayley fell in love with Nico’s distinctive voice on the Velvets’ ‘All Tomorrow’s Parties’, and the band’s lo-fi, feedback- heavy, jangling output. Which in turn pulled her towards Kim Deal and the Breeders, the Pixies and Yo La Tengo. She adores everything by Suzanne Vega and Tracy Chapman, and more recently the inimitable Frazey Ford. And she’s drawn to Billie Holiday and Nina Simone, “voices that get into your bones”. 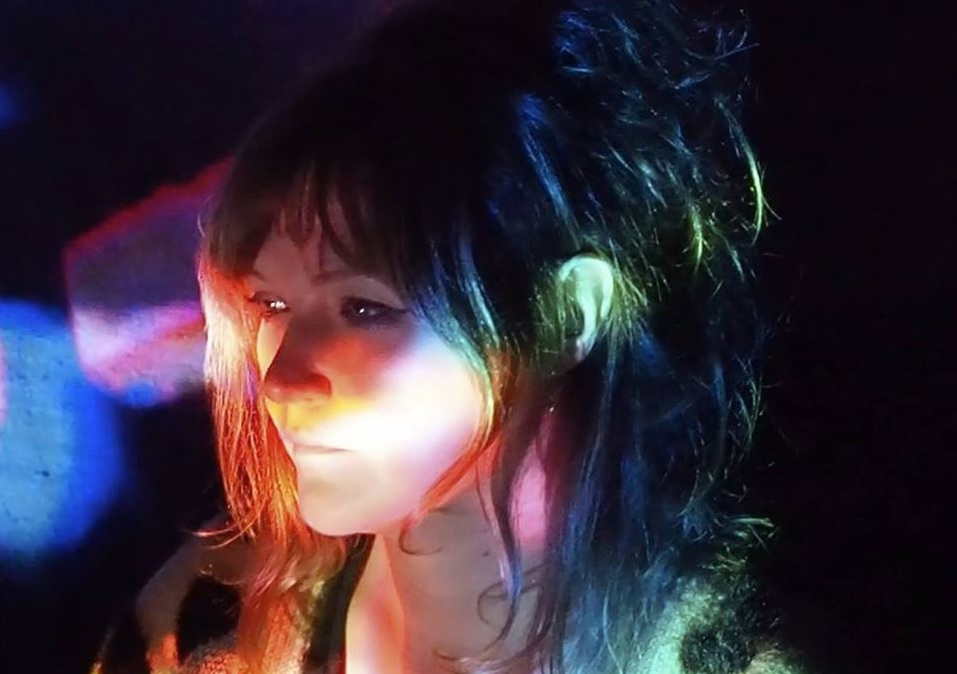 Hayley had no formal lessons, but taught herself all the tech she needed to make music. “When I was really young we had a church organ I used to tinker around on, one of those two-tier organs, which my uncle gave to us. It sat in our house and I used to while away the hours on that. I got my first guitar when I was 13.” Her approach to music is intuitive; pick it up, make a noise and be led by what feels right. She started making music in earnest in a studio in an old gin distillery in Deptford – then she was off and running…

Four years in the making, Hayley Ross’ debut album, ‘The Weight Of Hope’ features everything but the kitchen sink, as she’s become a serial hoarder of unusual instruments: stylophone, cigar box guitar, Korg monotron, melodica, plus borrowed harmonium – and musical saw and crystal wine glasses played by Nick Pynn. “He brought the wine glasses to the studio filled with water to different levels, on a box that was plugged in. He only lives down the road, so he carried it down, but it’s still quite impressive.”

Hayley also has a growing collection of guitars, mandolin, and ukulele hanging on the walls of her flat, a reed organ rescued from the pavement outside Echo Zoo studios, and a drum kit crammed into her bedroom. “I sometimes say I wish I wasn’t a musician; I’d have a normal house!” She’s resourceful in working out exactly what she needs on each track, and has further augmented this cinematic soundscape with her own field recordings of bird song and thunderstorms, capturing precise moments and making this record something special.

Co-producing the album with Martyn Barker meant that Hayley first did a lot of home recordings to “catch the essence”, then went into Barker’s ‘Aladdin’s Cave’ of a studio where he’d help tidy up the recordings – and had even more tempting instruments, including a psaltery. “Am I like a kid in a sweet shop when I go in there? Totally!”

Getting the legendary John Leckie to mix the album was another boost – especially as Hayley is a massive Stone Roses fan. Initially Leckie was only supposed to mix a couple of songs, but after hearing it he said he wanted to do the whole record – so he mixed all but one of the tracks. Mastering it at Abbey Road studios was yet another pleasant surprise.

Attention to detail is vital for Hayley. She found the album title in the final line of a “gorgeous piece” by conceptual artist Chlöe Bass (and got Bass’ permission to use it). She visualised every single thing about the record in advance – from the lullaby of ‘Tumbledown’ to the Spector-ish Wall of Sound on ‘Come Back’, right down to the precise running order. There’s even a bit of personal therapy. “I’ve had my struggles, so some of this is writing to soothe myself.” And she’d be really pleased if it could be a comfort to listeners too – like immersing yourself in a warm bath – as well as speaking to them about what it is to be human.

Yet Hayley doesn’t believe in over-polished perfection. She likes lo-fi,and loves the warm, organic feel in the music of artists like Leonard Cohen, plus the famous philosophy in his lyrics that declares: “Forget your perfect offering/ There is a crack, a crack in everything/ That’s how the light gets in.”

“So I haven’t ironed out the kinks,” she says. “It’s not even a conscious thing, I remember listening to a tape of my dad, and someone had recorded outside with all the crickets on it, and it was one of the most beautiful things I’d ever heard. It doesn’t bother me if something’s slightly off or out – it’s got a life… I prefer it warts and all.” 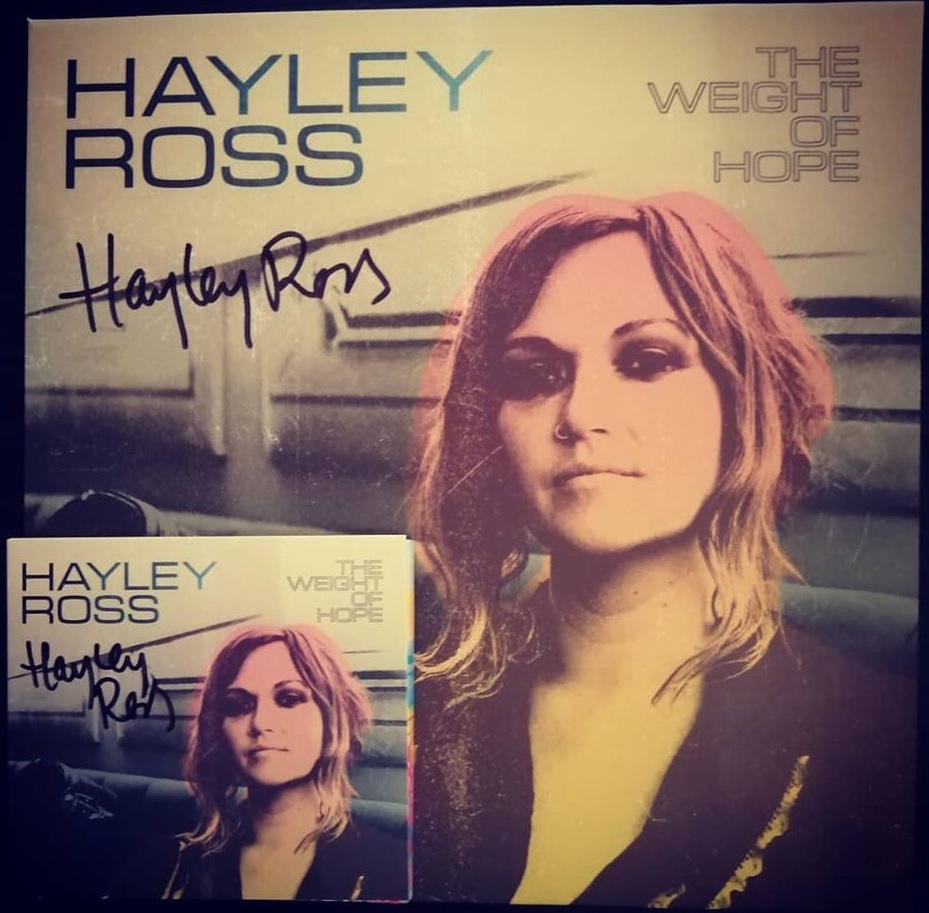