The owner of a Brighton pub is preparing a “Royal” makeover and has put in a planning application for new signs as part of a raft of changes. 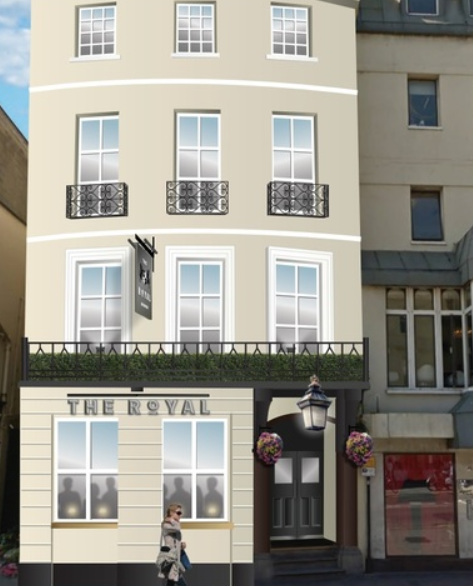 The Royal Pavilion Tavern – fondly known as the Pav Tav – looks set to become the Royal.

Pub chain Mitchells and Butlers has submitted plans to Brighton and Hove City Council as it carries out a refurbishment scheduled to take just over six months.

The 200-year-old pub in Castle Square, Brighton, closed at the end of September last year.

At the time the company said that the work included turning the upper floors of the building into flats.

Planning permission was granted in 2017 to create nine flats on the first, second and third floors, with the ground floor to continue as a pub.

Plans for the new signs include powder-coated aluminium letters – in pearl mouse grey – and with vinyl highlights, spelling out the name The Royal.

The application also includes lighting and a new design for the hanging sign.

The pub chain has submitted another planning application to the council to change elements of the pub area.

The building was established as the Royal Pavilion Hotel in the early 19th century, possibly as early as 1816.

The Royal Pavilion Tavern and the iron railings outside it were Grade II listed in 1952.

The application can be viewed by searching for BH2020/00305 on the council’s website at planningapps.brighton-hove.gov.uk.