LIME with some Lambrini at The Rossi Bar 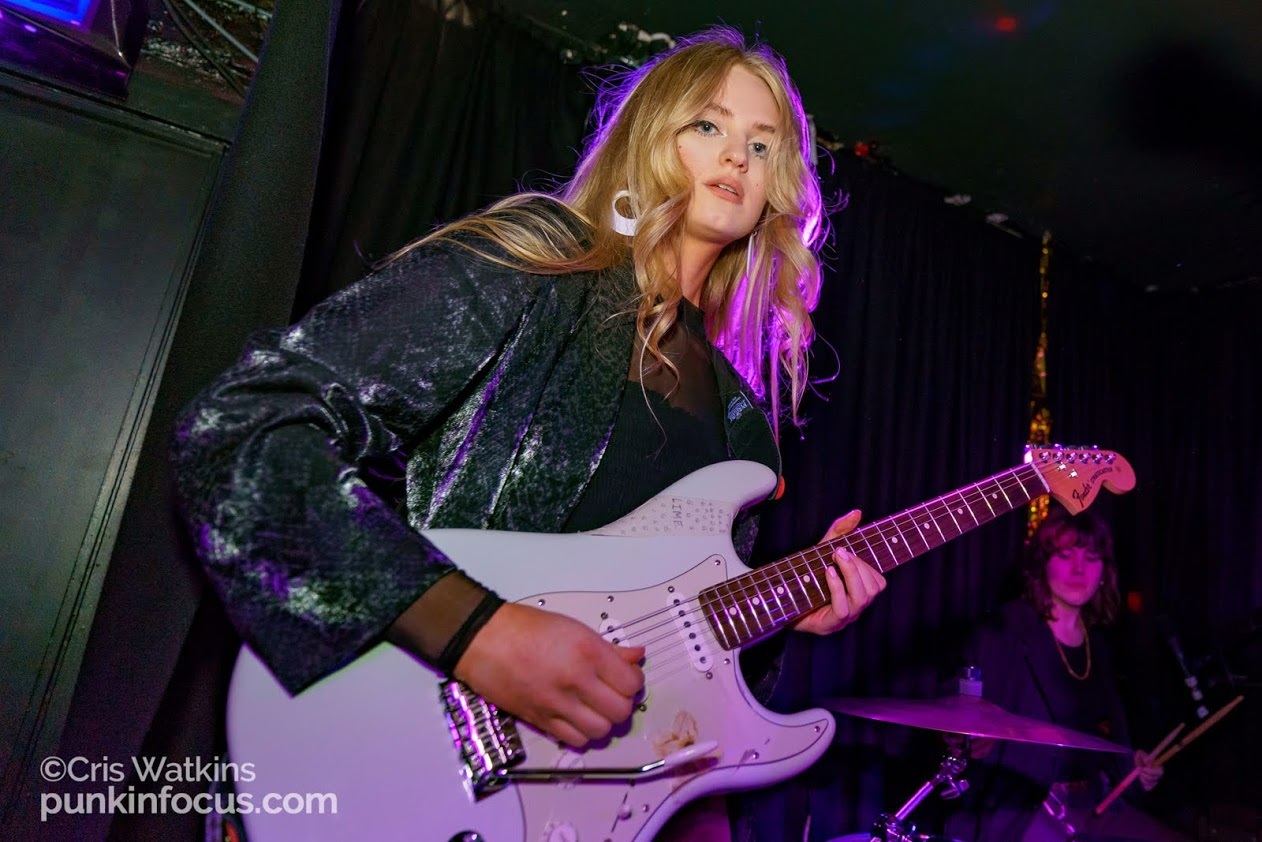 Tonight was a special night in the world of LIME as they were hosting a ‘Single Launch Party’ at The Rossi Bar on Queens Road in Brighton.

The release in question is called ‘Surf N Turf’ and was recorded and mixed at Echo Zoo in Eastbourne. It will be unleashed to an unsuspecting world tomorrow (21st February 2020). Check it out on Spotify and purchase it on Bandcamp or Apple Music. 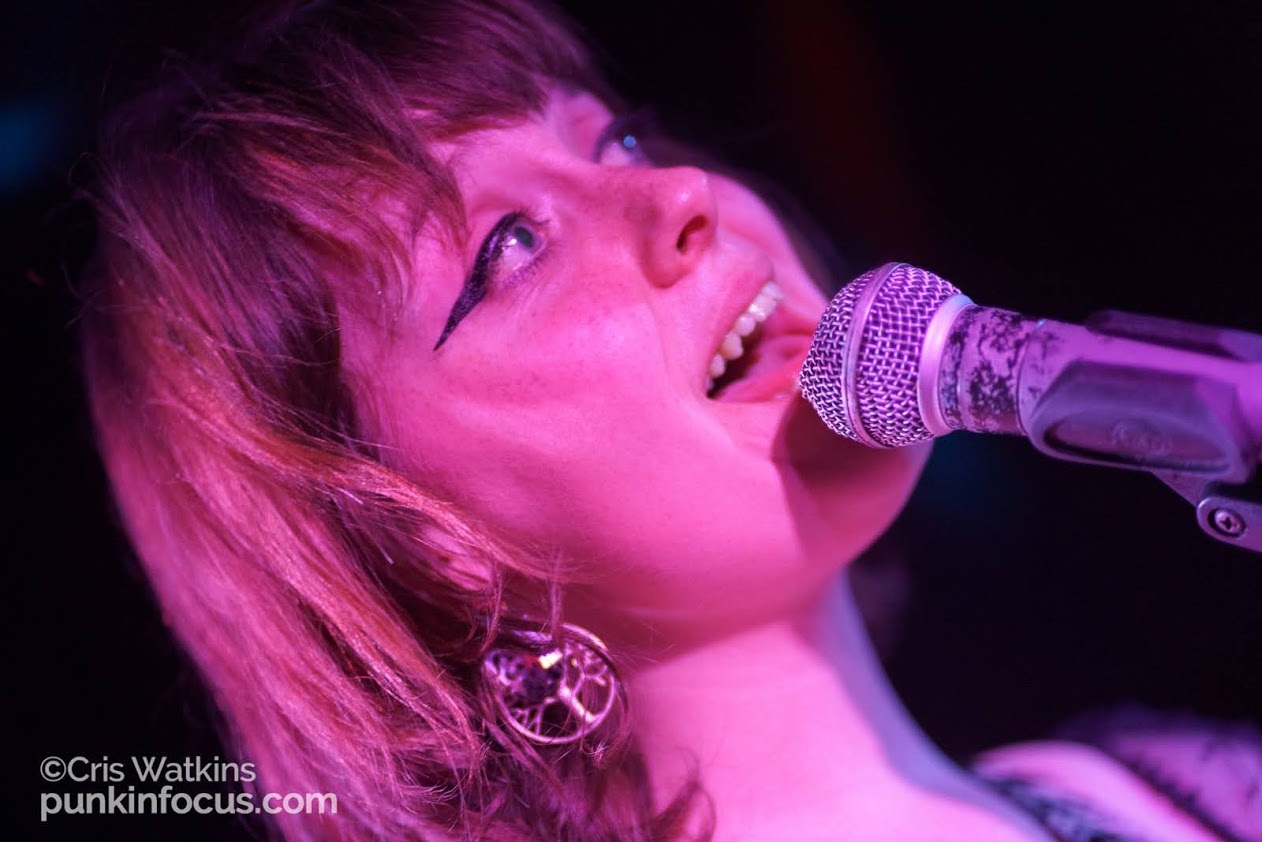 The ‘Surf N Turf’ single is an absolute corker! If you’re a fan of the heady days of early post-punk as heard on the John Peel Show, when he used to play the latest sounds from the likes of The Slits, The Mo-Dettes, and The Raincoats, but want that sound brought right up-to-date, then this tune and band are for you! They are an exciting new act that are clearly experts at blending the best of the past with a splash of the future, get ready to get zesty.

This evening was the Brighton & Hove News Music Team’s second live outing with the band, having previously seen them perform live at the Hope & Ruin back on 23rd October 2019, where we concluded our review by stating the band were like “A trance, a daydream but always the chance of a rude awakening.” 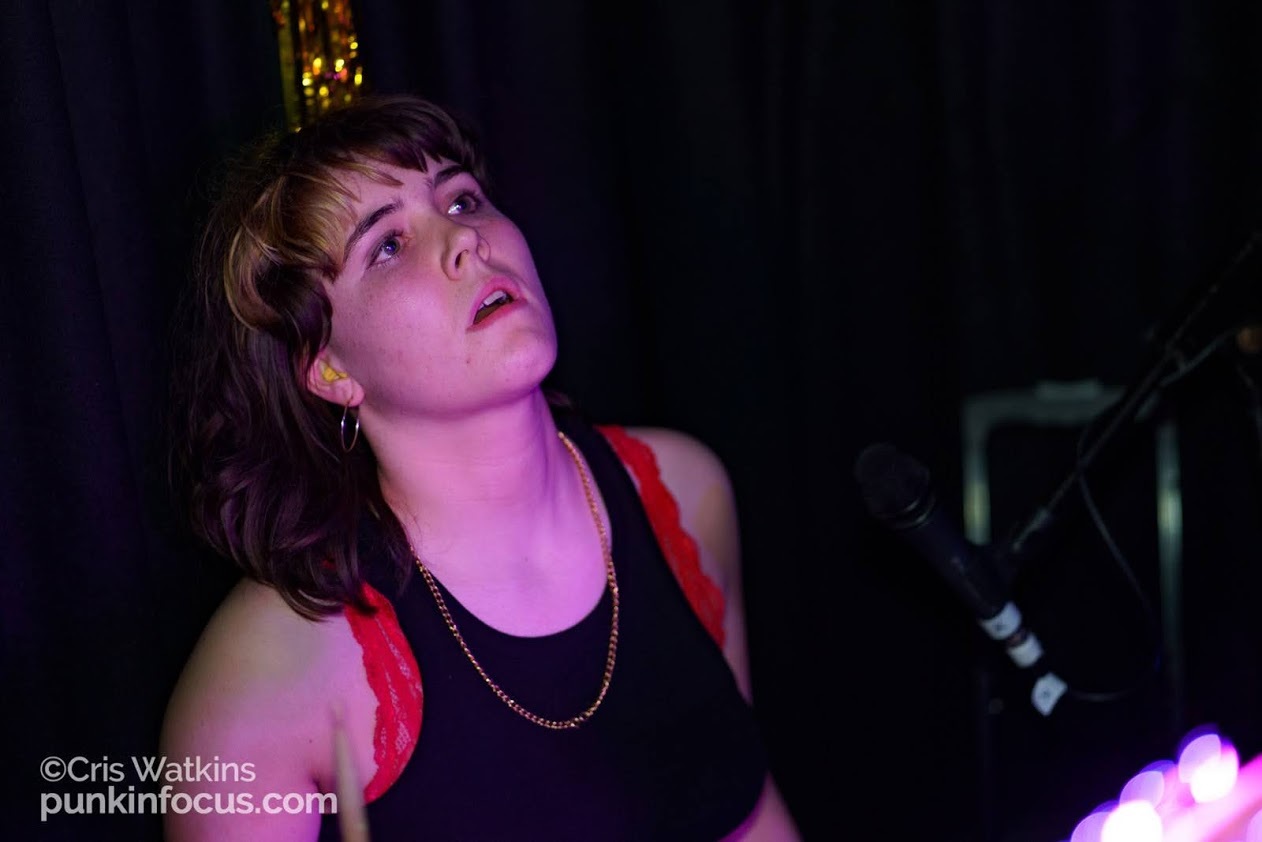 It’s looking likely that this female quartet will be making a name for themselves based on tonight’s all too short nine song set. There certainly were no lemons here, just the fusing together of catchy indie and surf psych melodies, with sarcastic and socially aware lyrics, that are superbly blended together and ready for today’s modern day society.

As you would expect, the downstairs of The Rossi Bar was rammed and sadly people were getting turned away, although thankfully ARXX were in attendance. A majority of the punters were aged around 20 years old, which I found refreshing as they were being fed the sounds of LIME that would have sat very well from the post-punk era circa 1979-1981. A typical example of which being their opener ‘Pulp’ which is a dead cert for Kleenex.

The third number ‘Red Boy’ saw Chloe’s vocals hitting seductive mode, just like the work of Alexa from Circe. This was followed by ‘This Time’ which witnessed Annabel bringing the Roland drum pads into action, which I really enjoyed. 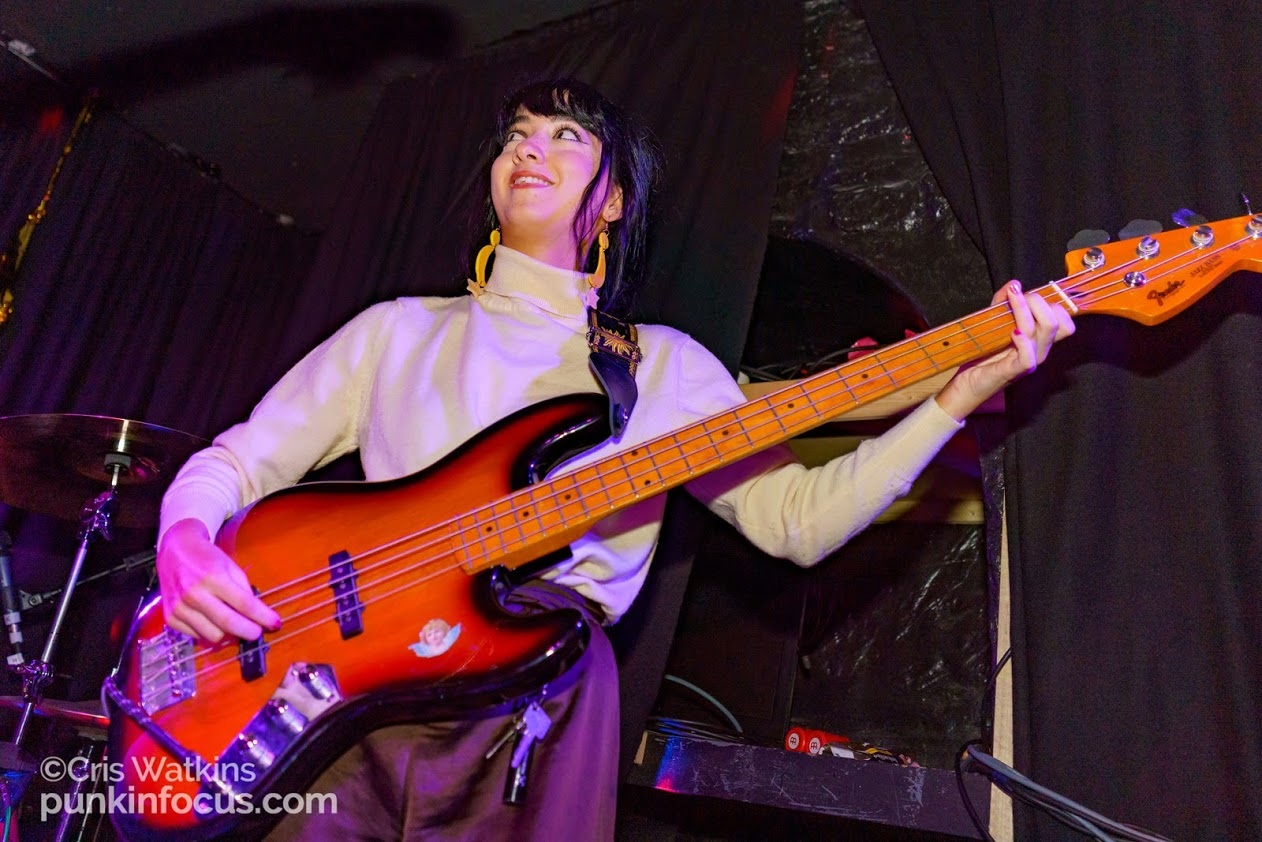 Swiftly on its tail was ‘Americana’ with its swinging Americana beat. ‘Crow’ was next with its bird call intro. ‘Swedish Longbar’ was a funky beat number and raised the tempo of the room, onto to bring it immediately down again with the penultimate number ‘Floor’. This was a slower number and the vocals reminded me of Clare Grogan from Altered Images. Their final number quite rightly was ‘Surf N Turf’ which as you would expect went down a storm and was not surprisingly my fave tune on the night.

The girls kindly ended their performance with a booty-shaking dance routine to ‘Juicy’ by Doja Cat, which is found on her 2018 debut album ‘Amala’.

Purchase your LIME t-shirts HERE and keep an eye out for the ‘Surf N Turf’ video, which will be dropping next week. 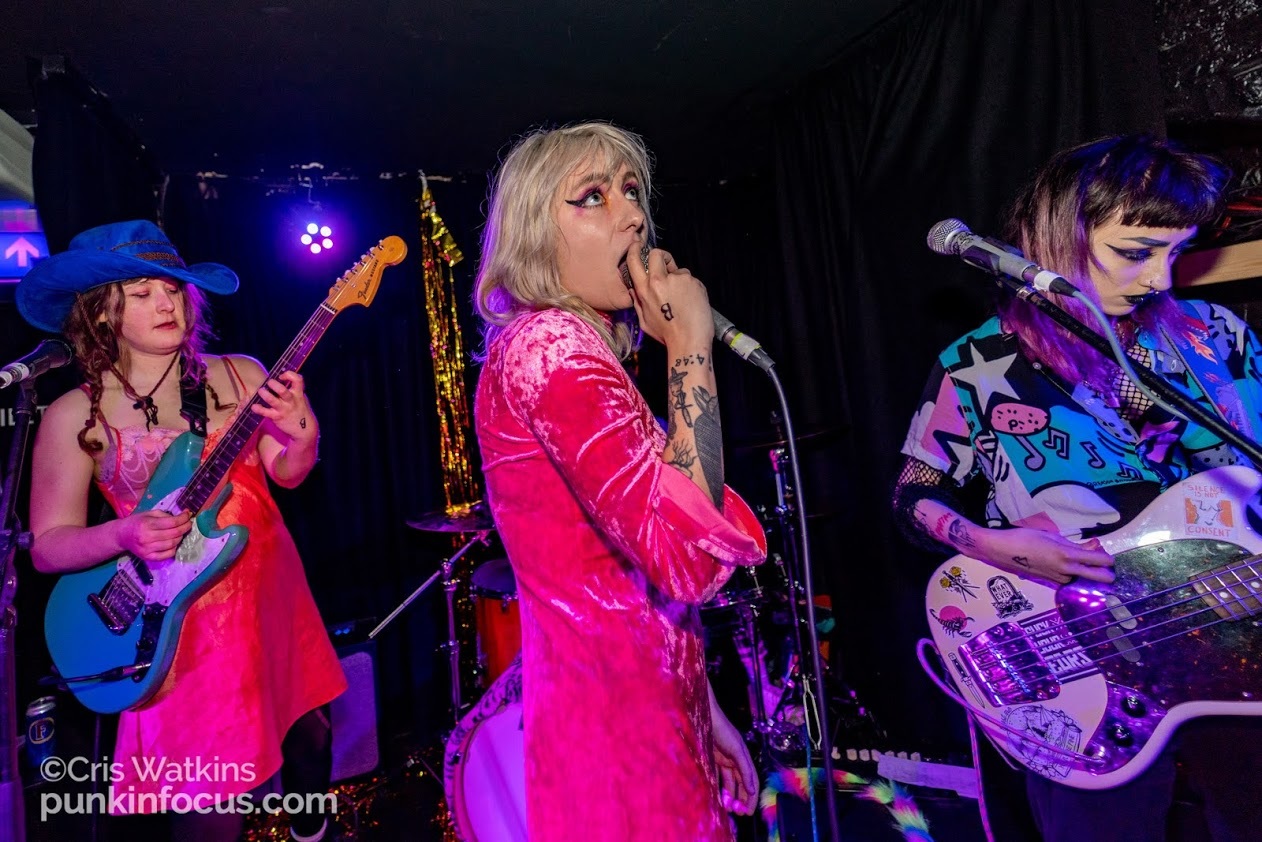 Support tonight came from the Lambrini Girls. A rather fitting name for this Brighton based quartet. They no doubt acquired their name from the light and fruity perry that has been manufactured in Liverpool since 1994 by Halewood International. Lambrini dominates the British commercial perry market, with a 53.6% market share in the off trade, which is a massive dominance. 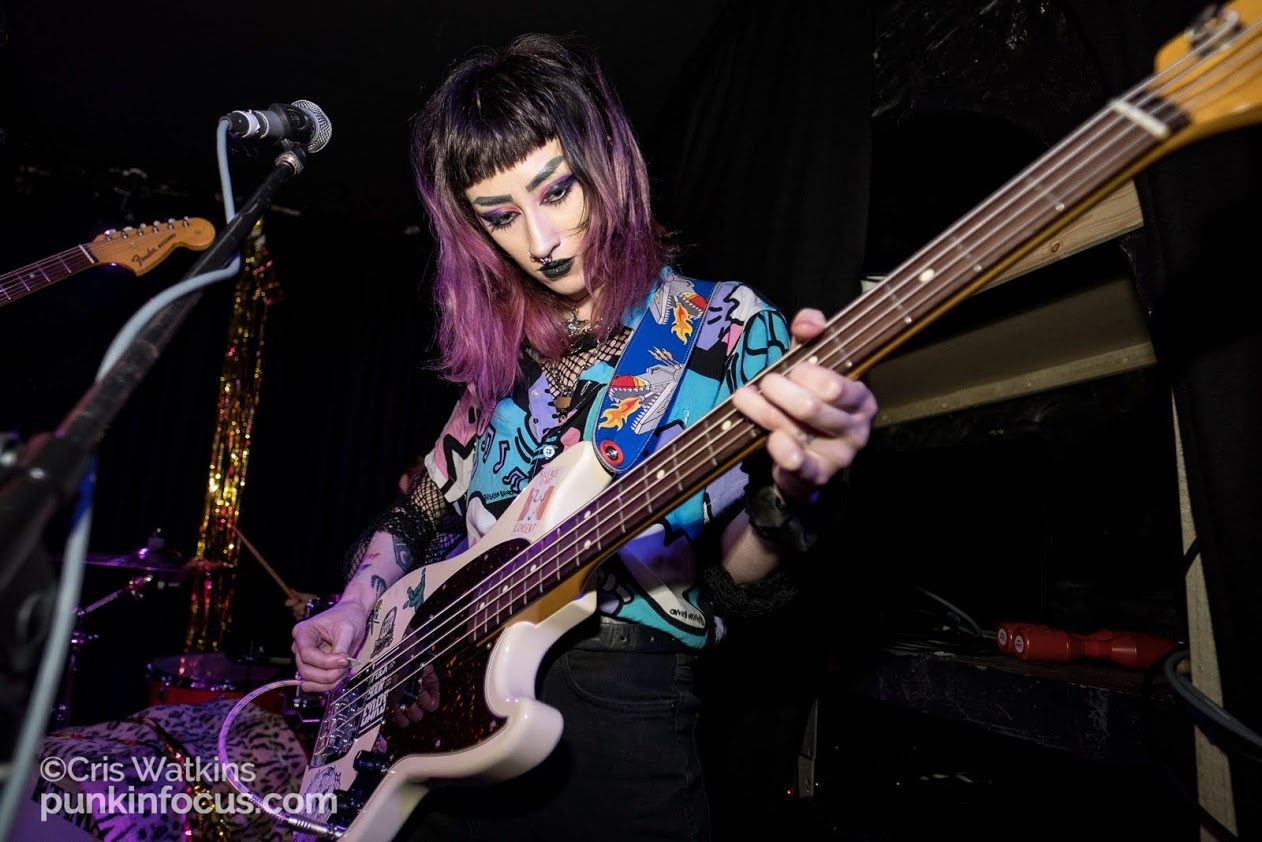 This evening The Lambrini Girls seriously got their thing on with a performance akin to Pussyliquor according to our photographer Cris. ‘The Brinis’ are Flora Kimberley (vocals), Fox Foxington Fox (bass/backing vocals), Catt Dampier (drums) and Phoebe Lunny (guitar/backing vocals), who incidentally is also a member of the superb Wife Swap USA. They state on their Facebook page that they are “four scrappy girls whose fathers left them”. So for those that were not present, then let’s just say that they have an air of “we are gonna do this our way and have we’re gonna have fun doing it” attitude. Exciting, vibrant, loud, full of energy, colourful are words you can expect to be heard when people will be referring to this enjoyable band. 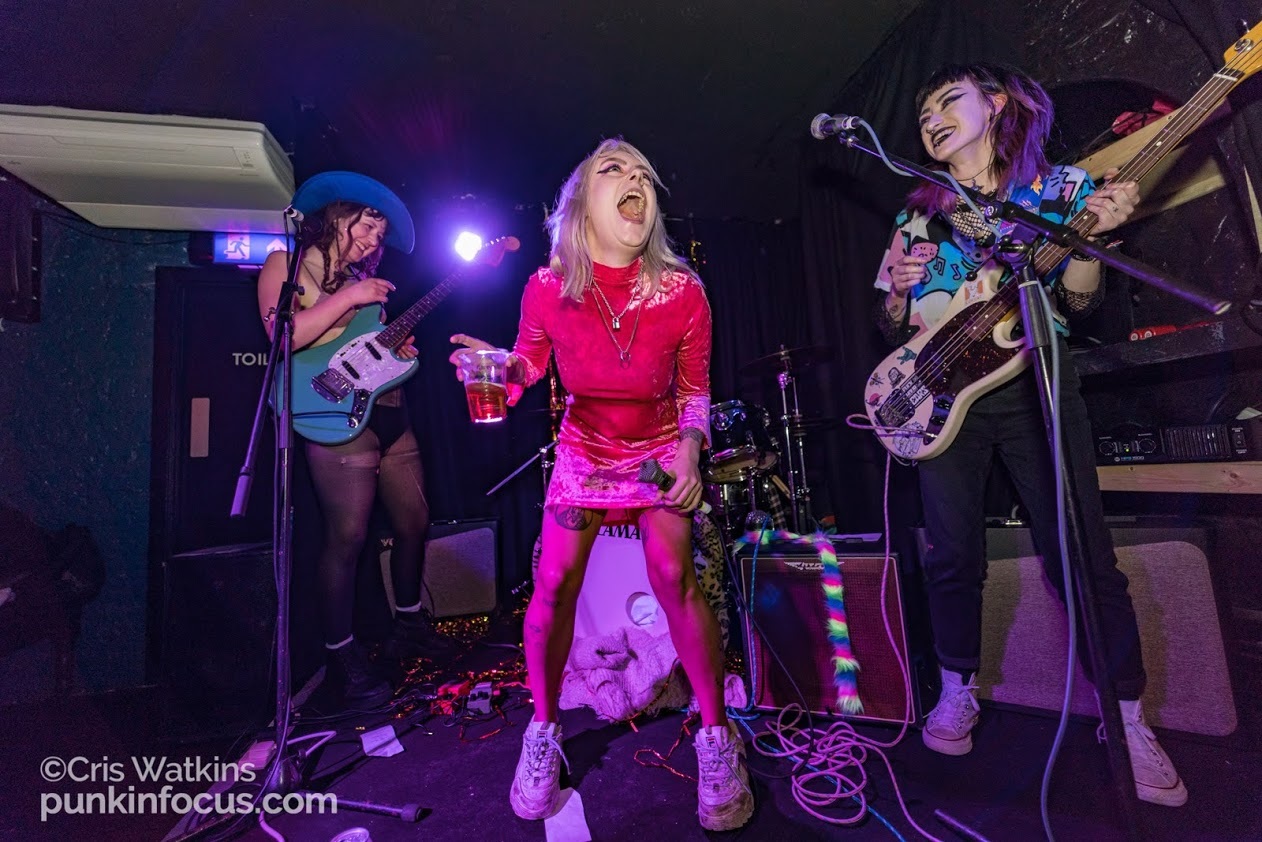 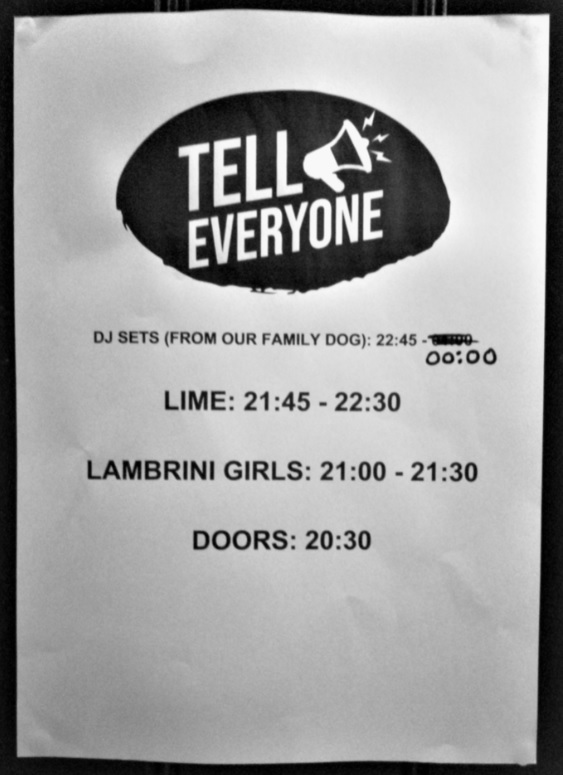 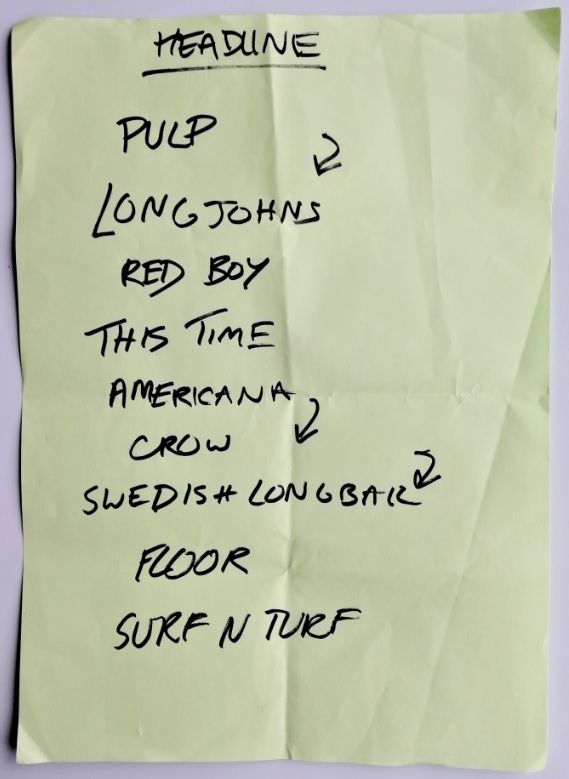