Campaigners are calling for a basic income for everyone and want Brighton and Hove City Council to run a trial.

A petition launched by Basic Income South East calls on the council to write to the government and ask for a pilot project in the city.

Maggie Gordon-Walker set up the petition on the council’s website with a view to it going before the full council in July.

The founder of Mothers Uncovered sees the policy as working similarly to the current government bailouts for businesses affected by the covid-19 coronavirus pandemic.

She said: “There was a petition calling for emergency basic income but it was pushed aside.

“There is so much coming through, to the self-employed and charities, but it’s not blanket.

“Basic income is like a pension but goes to every citizen no matter what their status.”

Those campaigning for basic income say that closing tax loopholes and higher tax rates for the rich would bring in more money to pay for the policy.

Ms Gordon-Walker said: “The unemployed, mums, carers are not benefiting from bailouts.

“If we had basic income all along, it would take away the very real fear people have of where there next meal is coming from.”

As the founder of support group Mothers Uncovered, she believes that a basic income would also give parents money for their work in the home, raising the next generation.

Trials of basic income took place in Finland and Canada in the 1970s.

The Scottish Parliament is investigating the practicalities of a pilot scheme and has been working on a feasibility study over the past few years. 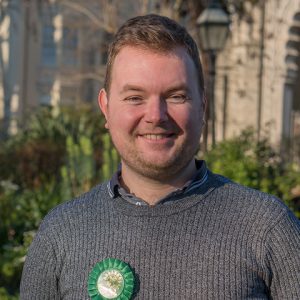 Green party councillor Martin Osborne is involved with the campaign and hopes the petition will attract enough signatures for a debate at the full council meeting in July.

A launch event planned for the end of March was cancelled because of the covid-19 crisis.

Councillor Osborne said: “The social security system that has traditionally been in place has holes or not enough support for certain groups of people.

“The reforms that the Chancellor put together were radical and extensive but did not cover quite a few people.

“We’ve heard that the self-employed and freelancers were left out. There are still gaps there.

“You’re never going to address this by targeting money at different groups. When the crisis affects everyone because of the lockdown, you need a universal system.”

The petition already has more than 300 signatures on the council’s website – at present.brighton-hove.gov.uk/mgePetitionListDisplay.aspx?bcr=1 – but 1,250 signatures are required to trigger a council debate.