A 1930s building in central Brighton can be demolished after councillors approved plans to replace it with a six-storey office block. 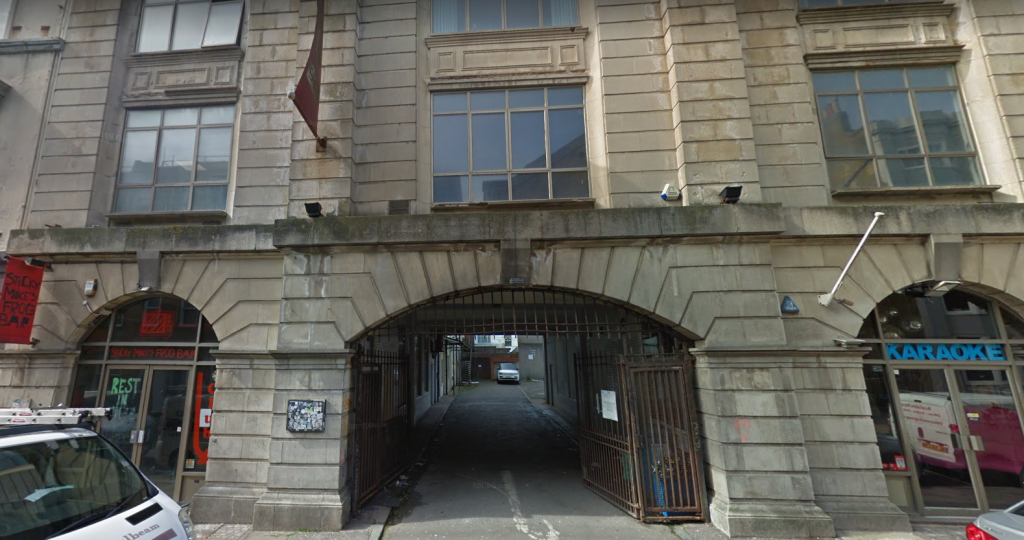 There was concern about the loss of the neo-classical facade of the existing building in Middle Street, in the heart of Brighton’s Old Town Conservation Area.

Kruton, the London developer, applied for permission to demolish the four-storey building that has been home to the Brighton Media Centre, music venue Sticky Mike’s and Slam Star Karaoke.

And at a “virtual” meeting of Brighton and Hove City Council’s Planning Committee meeting this afternoon (Wednesday 22 April), councillors voted nine to one in favour of the scheme.

Conservative councillor Carol Theobald was concerned about loss of the old frontage. She said: “This is quite a unique building and I would not like to see us lose another building like this in the city.

“They should repair the building, make it taller, redo it at the back. But I don’t want it lost to the city.”

In its application, Kruton stated the front is beyond repair making renovation “unviable”.

Fellow Conservative Joe Miller said that he understood Councillor Theobald’s concerns as he also wished the front could stay in the same way that the London Road Co-Op façade stayed with a new building behind the old.

But he backed the new building and praised the design.

Independent councillor Bridget Fishleigh said that the committee had rejected an application for an extra storey on a building in The Lanes in March.

She said: “I’m voting in favour of this development but I am somewhat bemused at the inconsistency of other members of the Planning Committee.

“Just last month, five of them voted against an extra floor being added to a  building just to the north, on conservation grounds, but now they support a completely new and modern building.”

The Planning Committee voted nine to one in favour of the plans.