Friends and neighbours have put forward the names of more than 50 people who they say deserve recognition as community champions during the coronavirus crisis.

They were responding to a call for nominations by the mayor of Brighton and Hove, Alex Phillips, as she comes to the end of her year in the role.

She was inspired after she saw how people came together in the area that she represents as a councillor – Regency ward. They set up various WhatsApp groups to offer help to each other during the lockdown.

“They’re really looking out for other people, being there every day for some people.

“It’s not just a one-off thing. They have a real commitment to individuals in their neighbourhood.”

After speaking to other councillors, she became aware of the city-wide trend and wanted to give people the recognition that they deserved.

Councillor Phillips said: “The ward councillors are the eyes and ears of this project. They have already nominated groups or individuals and that’s been really great to get the support cross-party.

“That’s what makes this sort of thing a success. I’m really pleased people are engaged with it.”

She hopes to highlight people offering direct and practical help and having a positive effect on the lives of others.

She said: “Everyone’s in difficult circumstances. For some people, it hasn’t changed their life enormously. For other people, it’s turned their life upside down.

“We want as many different stories as possible to show what people are doing to help these individuals.

“It’s really about practical action that’s made a big difference and a positive impact on people’s lives. 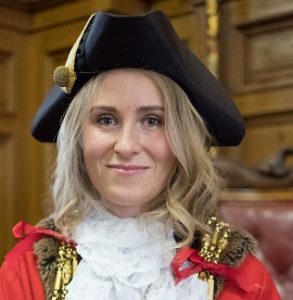 Anyone can nominate a community champion by sending a letter or email of no more than 250 words – and with no attachments. It should include the person’s name, contact details and what they have done to merit the nomination. Self-nominations will not be accepted.

The deadline for nominations is on Friday (1 May).

A panel of community leaders chaired by the mayor will choose the winners. Their names are due to be announced at the Brighton and Hove City Council meeting scheduled for Thursday 14 May.

They mayor will send a certificate to the winners. They will also be invited to a celebration in the Mayor’s Parlour at a later date to thank them for the contribution that they have made to their community.