Councillors back £70m scheme to build 232 homes in Brighton

The project – the Moulsecoomb Neighbourhood Hub and Housing Scheme – includes dozens of family homes in place of old school buildings which are currently used by social workers who will relocate.

The whole scheme is planned for a four-and-a-half-acre site west of Hodshrove Road and off Hodshrove Lane.

All three political parties – Labour, the Greens and Conservatives – voted for the project in principle, subject to planning permission being granted.

The scheme includes 232 new homes to be built in two phases over the next three years.

A Brighton and Hove City Council report said that nine of the homes in the first phase would be four-bedroom houses.

There would also be 33 one-bed flats, 36 two-bedroom flats and 14 with three bedrooms, making 92 homes in total.

The 140 homes in the second phase include 58 one-bed flats, 64 two-bedroom flats and 18 with three bedrooms.

All 232 homes would be classes as “affordable”, with rents no higher than 80 per cent of the local “market rate”.

The former Labour council leader Daniel Yates, who represents Moulsecoomb and Bevendean, told a “virtual” meeting of the council’s Policy and Resources Committee: “This is a really important project for me, mostly because the people of Moulsecoomb have been begging us to build new homes so that their families and their friends have access to the housing that they need.

“But it’s not just about that. This is also about repurposing and rebuilding the centre of a community too.”

Councillor Yates warned against artificially inflating the value of the land in a way which would force the tenants there to pay higher rates.

He said that he was aware of the ways in which Green councillor David Gibson and Conservatives Steve Bell and Mary Mears had pushed to keep rents low.

But Conservative councillor Joe Miller said that the project should not be given a blank cheque and needed proper scrutiny.

A day earlier the council’s Housing Committee gave its support to the scheme while agreeing an extra £2.6 million for a smaller project in Victoria Road, Portslade, where costs had risen.

Councillor Yates said: “Let’s get the unit costs as affordable as possible.” 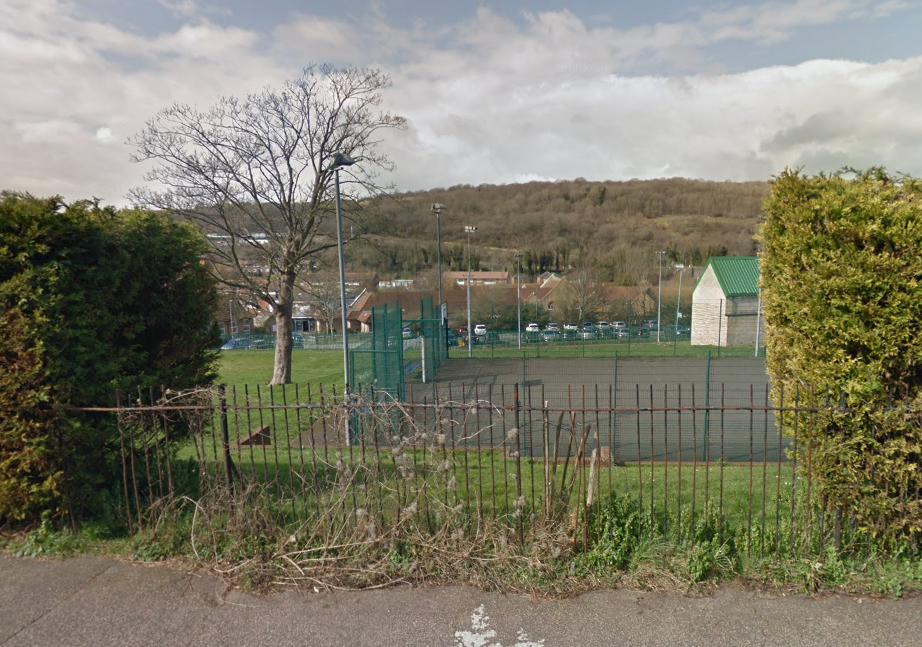 Part of the Moulsecoomb hub site from Hodshrove Road

He said that the Moulsecoomb scheme was “community building in action”, adding that the new homes could help save Moulsecoomb Primary School.

The number of pupils at the school has fallen as families have moved out of the area and university students have moved in.

More recently the government has been trying to convert the school into an academy although the plans have been paused for the time being.

The report on the new homes and community hub presented to the Policy and Resources Committee said that more than 9,000 households were on the housing waiting list in Brighton and Hove.

And 1,800 households were in temporary housing, with the area suffering from a shortage of affordable homes.

The council wants to move social workers from the Mouslecoomb hub into the old Portslade Aldridge Community Academy (PACA) sixth form centre on the corner of High Street and Mile Oak Road.

The 67 Centre in Hodshrove Lane

The 67 Centre for young people and the Hillview contact centre, off Hodshrove Lane, would also make way for the new homes.

More than 200 people from the area went along to at least one of the eight consultation events held earlier this year.

Under-16s were well represented – and Green councillor Hannah Clare urged the council to make sure young people remained involved as the plans were firmed up.

Councillor Gibson said: “Here we are all working from home. It may well be that working patterns change quite radically and significantly as a result of the impact of the pandemic.

“That may have quite a few positives. What we don’t know at this stage is what the impact on the overall office needs of the council are likely to be.”

Conservative councillor Joe Miller called for an external valuation of the land to be used for the scheme so that tenants were not overcharged.

He urged the council to seek government support for the scheme. The council’s executive director for the economy, environment and culture, Nick Hibberd, indicated that the council would apply for grant funding.

The committee voted in favour of the scheme and plans to review progress in July once the council has a clearer idea of the financial costs of the covid-19 coronavirus pandemic.