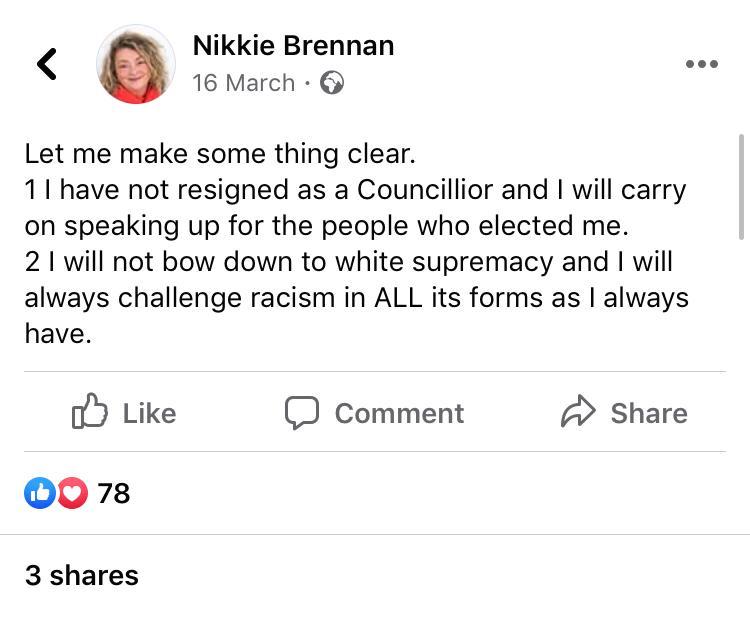 A Brighton Labour councillor vowed not to “bow down to white supremacy” after she was reported for anti-semitism for describing Israel as racist.

Councillor Nikkie Brennan stepped down as deputy chair of the council’s Housing Committee in March after pictures of her with a placard opposing the International Holocaust Remembrance Alliance (IHRA) definition of anti-semitism emerged.

Councillor Brennan, who was elected last May on a Momentum slate to the East Brighton ward, had been protesting outside a council meeting last autumn where councillors, including current council leader Nancy Platts, voted to adopt the definition.

While stepping down, she released an official statement apologising for campaigning in that way and said that she was now more knowledgeable about the IHRA definition.

But just three days later, she posted on her Facebook page: “Let me make something clear. I have not resigned as a councillor and I will go on speaking up for the people who elected me.

“I will not bow down to white supremacy and I will always challenge racism in ALL its forms as I always have.” 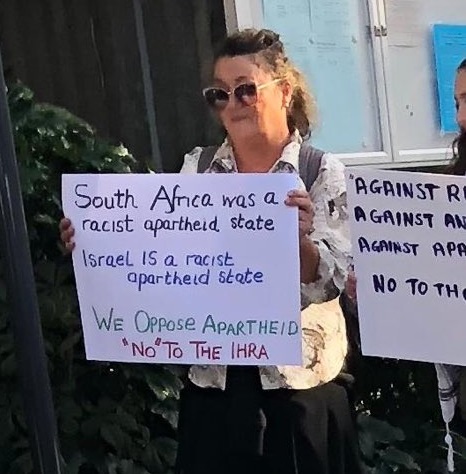 The pictures of Councillor Brennan at the protest, taken last autumn before she was elected

The post remained live until yesterday afternoon, but was deleted after Councillor Brennan was approached by Brighton and Hove News. She has not responded to our questions.

The pictures of Councillor Brennan holding the placard had been circulated in local Labour Party circles after the protest.

Soon after, she was selected as part of the Momentum slate for East Brighton and was elected in May last year, after which she was appointed as deputy chair of the Housing Committee.

If one Labour councillor steps down or has the whip withdrawn, then the balance of power on Brighton and Hove City Council will be equally divided between Labour and the Greens.

Labour said: “This is part of an ongoing investigation by the party and we cannot comment on internal investigations.”