Brighton council calls for a minute’s silence for George Floyd 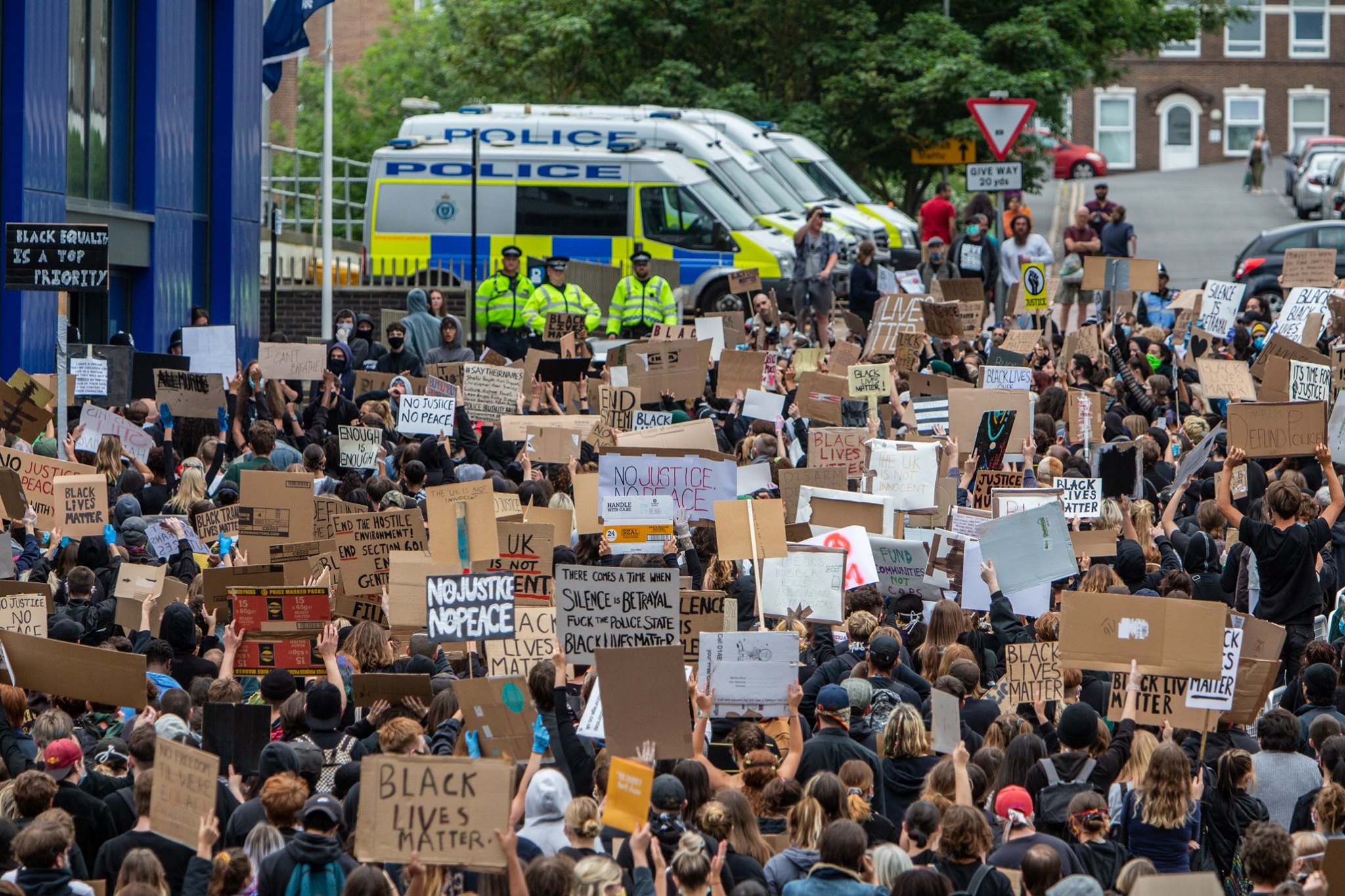 Brighton and Hove City Council is asking people to hold a minute’s silence at 8pm tonight to remember George Floyd, whose death has sparked nationwide protests in the USA.

Mr Floyd died after being pinned to the ground by his neck by a police officer in Minneopolis on Monday 25 May.

The council has issued a statement of solidarity with people of colour who had died after contact with the justice system and the leaders of the city’s Green and Labour groups are jointly writing to Black Lives Matter in Minneapolis.

It’s asking people to come out on their doorstep and stand or “take the knee” and hold a minute’s silence.

At the same time, the Palace Pier, the Brighton Centre and the i360 will be lit in purple in support against inequality.

The statement says: “We stand in solidarity with the family, friends and community of George Floyd in Minneapolis. We in the UK cannot ignore yet another death of an unarmed person of colour in police custody.

“As a council, we recognise that George Floyd’s death took place in the context of centuries of social deprivation and economic extraction that have been endured by people of colour.

“As anti-imperialists we recognise that America has been built on the slavery, dispossession and subjugation of its native and BAME population.

“As anti-racists, we stand shoulder to shoulder with all those in America and across the world who feel anger, hurt and fear after yet another instance of discriminatory state violence.

“Although we are grateful and recognise the good work that the police do in protecting communities in our city and their joint work with the council, it is also crucial that we in the UK recognise that we are still not immune from institutional racism in our justice system.

“Despite progress following the Macpherson Inquiry, BAME people still statistically suffer more use of force in the UK, are over-represented in the prison population and are more likely to be sent to prison than white offenders.

“According to Inquest, BAME communities were twice as likely to die in custody. The Runnymede Trust found that, between 1995 and 2015, no police officer was prosecuted over a person of colour’s death in custody.

“It is of great concern that it appears that some within the justice system can act with impunity as they very rarely face criminal prosecutions.

“We all have a responsibility to tackle racism. Brighton and Hove take pride in being a City of Sanctuary and a community committed to celebrating our diversity and opposing prejudice and racism.

“We call on the UK government to take this opportunity to reassess the racial disparities in our criminal justice system.

“Now is the time to end the severe class and racial inequalities which exist across the world.”

Earlier this week, hundreds of people took part in a Black Lives Matter march in Brighton. Another march is planned on Saturday 13 June from the Palace Pier.

The organisers are asking people to wear masks.